Posted by Abdul Rafay in History On 18th March 2021
ADVERTISEMENT

The discovery was made in the Western Desert by a French-Norwegian archaeological group. It's their third dig at the Bahariya Oasis' Tal Ganoub Qasr al-Agouz site. They discovered many structures made of mudbrick or carved into the rock. The discoveries shed light on monastic life in the 5th century in the area. 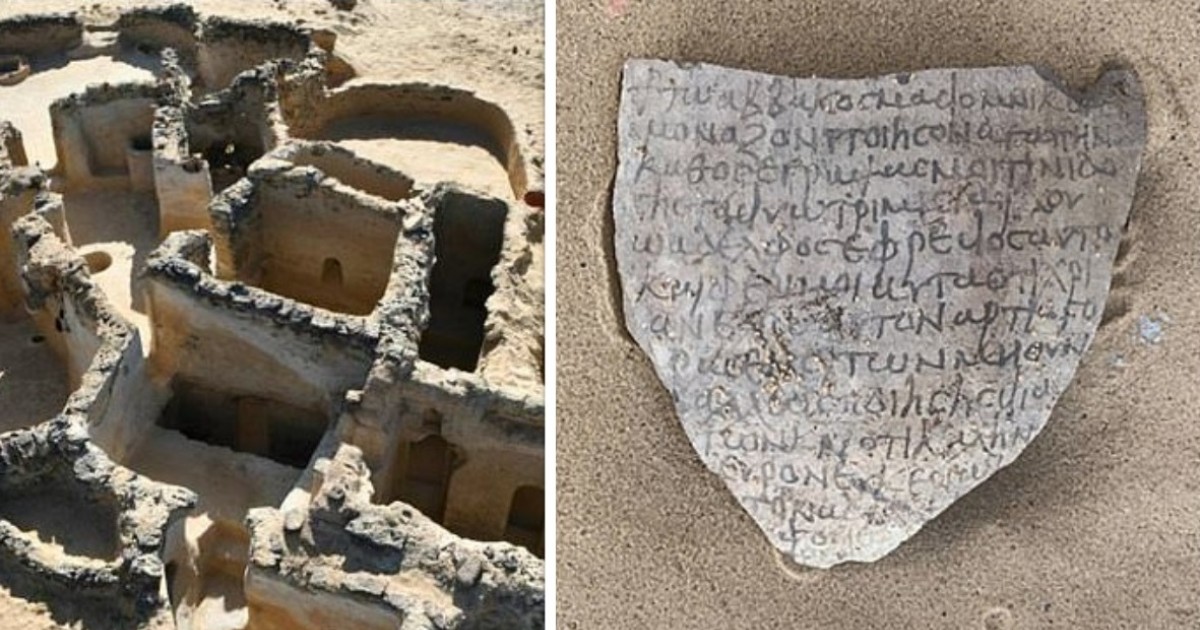 Archaeologists in Egypt have discovered a 1,500year-old Christian monastery complete with three churches, a monks' cell, and biblical graffiti.

The discoveries at the Tal Ganoub Qasr al-Agouz site in the Western Desert's Bahariya Oasis shed light on monastic life in the fifth century AD, according to the team. 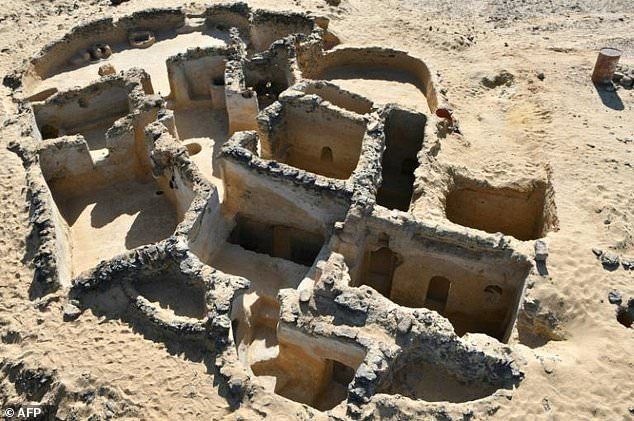 The mission unearthed 'several buildings made of basalt, others carved into the bedrock and some made of mud bricks,' the Egyptian antiquities ministry said.

According to Osama Talaat, the ministry's head of Islamic, Coptic, and Jewish Antiquities, the complex consists of "six sectors containing the ruins of three churches and monks' cells, with "walls bearing graffiti and symbols of Coptic connotations." 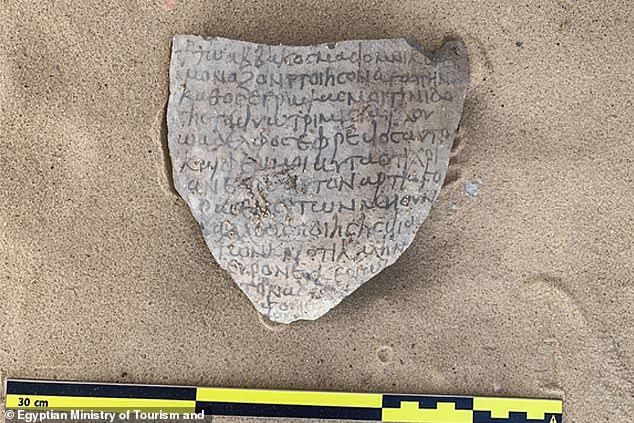 Last year, the mission's third excavation campaign yielded '19 structures and a church carved into the bedrock,' according to Victor Ghica, head of the joint French-Norwegian archaeological team.

He went on to say that the church walls were decorated with religious inscriptions and Greek biblical passages, showing 'the nature of monastic life in the region.' 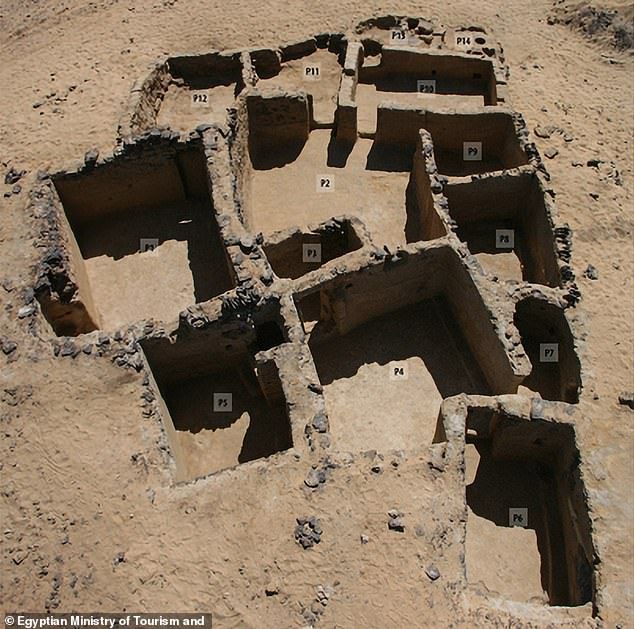 Experts would be able to better understand "the development of buildings and the establishment of the first monastic communities" in that part of Egypt as a result of the discovery, he added.

According to the French Institute of Oriental Archaeology, the remote Tal Ganoub Qasr al-Agouz, which is about 180 miles southwest of Cairo, was occupied from the fourth to the eighth centuries AD, with a peak in the fifth-sixth centuries. 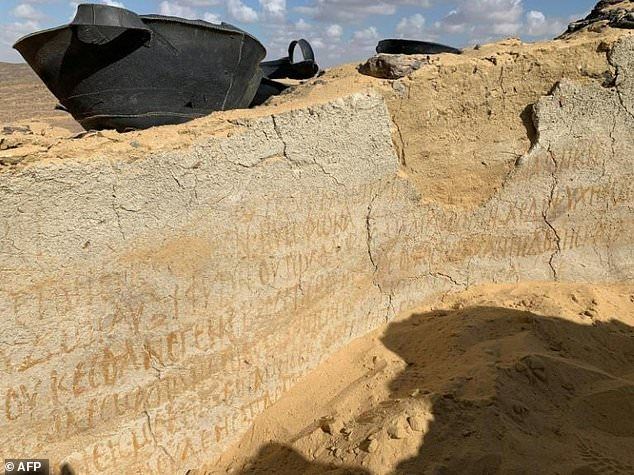 Previous excavations in 2009 and 2013 shed light on subjects such as "the production and preservation of wine as well as the husbandry of animals" in a monastic sense, according to the organization that manages the project.

Cairo's tourism industry has been hit hard in recent years, from the 2011 uprising to the coronavirus pandemic, and officials are hoping that recent big archaeological finds will raise tourist numbers. 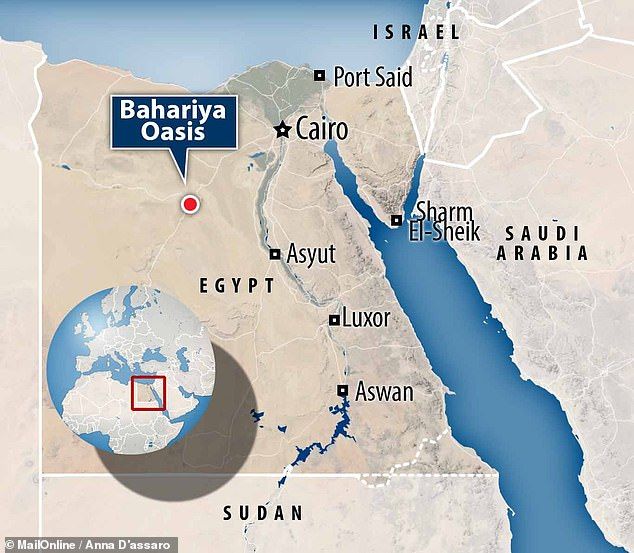 A high-production brewery thought to be more than 5,000 years old was discovered in February at a funerary site in the country's south.

Last month, an Egyptian-Dominican archaeological expedition operating near Alexandria announced the discovery of mummies with golden-tongued amulets dating back about 2,000 years.

In January, Egyptian officials unveiled ancient artifacts discovered south of Cairo at the Saqqara archaeological site, including a 3,000year-old sarcophagus, in a finding that Egyptologist Zahi Hawass claimed: "rewrites history."