Posted by Annie N. in Fails On 16th August 2021
advertisement

A husband and wife due attacked another over the presence of an Anti-ICE sticker that she had on her vehicle. The video shows the woman defending her husband and swearing as the argument escalates. 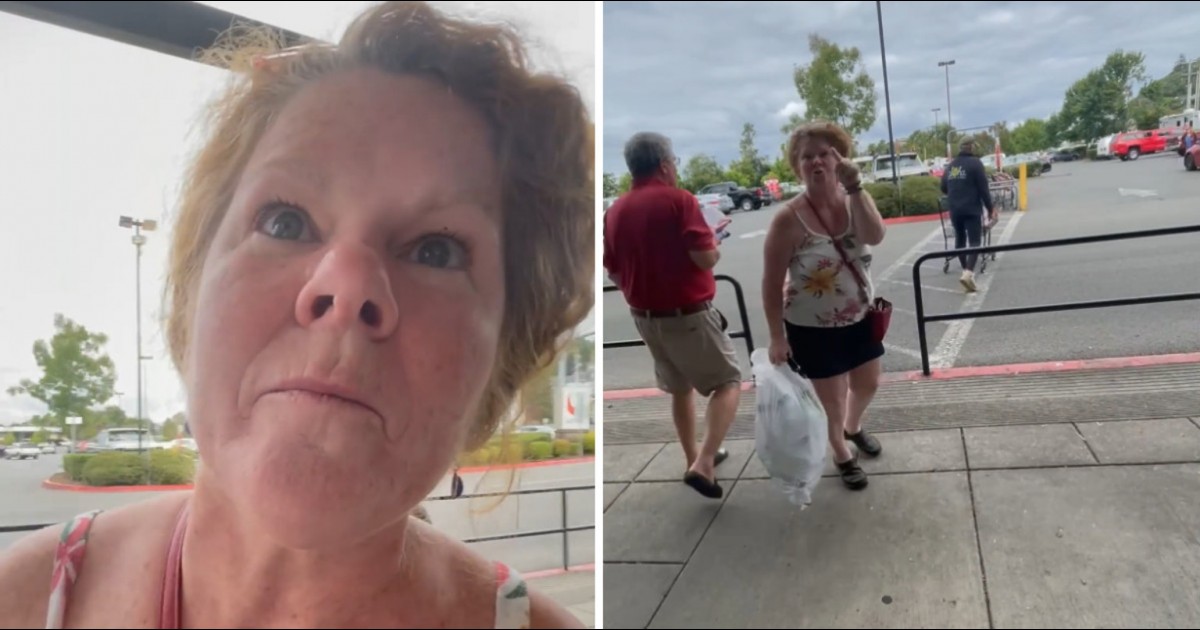 When Alyssa Cuellar left home that day, she did not know she would become part of an altercation that would leave her in tears.

Cuellar sports and Anti-ICE sticker that shows her stance against the American immigration authority. The sticker which says ‘Abolish ICE’ incensed a couple that happened to see it.

When she started recording, however, the man’s wife stepped in telling her to “get away from him.”

“That’s my husband, he’s a marine, he’s not gonna touch your car, you little c–t,”

“I literally got out of my car and he yelled ‘f— you’ because of a sticker that I choose to have on my car.”

Darling continued to hurl obscenities at Cuellar I front of her child. She then moved up to her face telling her to “get back”

When Cuellar refused to back down she started calling her a “b*tch.”

That’s when Cuellar asked, “What’s your goal here? What are you doing?”

Darling responds, “Getting you away from my husband right now.”

After a mixed bag of screams, including, “This is America b*tch”, they started to back away.

AS concerned bystanders ask Cuellar about the situation, she says that the two are harassing her. The Darlings at this point scream that she started it and slap the phone out of her hand.

After the video went viral online, people found that the two worked with disabled children and had previously fired an employee for getting the Covid-19 vaccine.

The situation apparently got worse and physical when the phone was slapped out of her hand. Cuellar upated the viewers in the caption.

“What started with me filming for my own safety, led to me being sore & beat up, along with her damaging my phone, along with physically attacking me and breaking my keys, along with my wallet and an attempt at breaking my glasses. She ended up physically pulling me down to the cement after I finally regained my things she had previously scattered and broke, and proceeded to scratching my chest, my back, my glasses on the cement, my knee which is also now swollen and bruised.”

Cuellar could be heard crying at the end of the video and claimed that the couple then screamed, “She then told me it was because of my choice in supporting BLM and ‘the liberals’, that this happened to me & I should take it as a lesson.”

She further added, “It’s much deeper than a lot seem to portray it. As I was attacked over a racially motivated hate crime due to my sticker they didn’t like. It says abolish ice which is something I feel strongly for. That’s what started it all and why I was attacked.”

One commenter who had previously worked for the couple added their own opinions on the couple saying that she had to leave the job because of the aggressive behaviour of the husband on her masking. She also said that this was not the first time they had been rude to strangers.