Posted by Sama in News On 5th December 2021
advertisement

Twitter is furious and calling out the police force to charge the cop with murder charges after evidence from body camera footage shows police officers outside Walmart ruthlessly shooting a disabled man on suspicion of alleged shoplifting. The disturbing footage shows the officer shooting Richards in the back at least nine times and after the man falls from his chair, another officer then proceeds to handcuff the dead man. 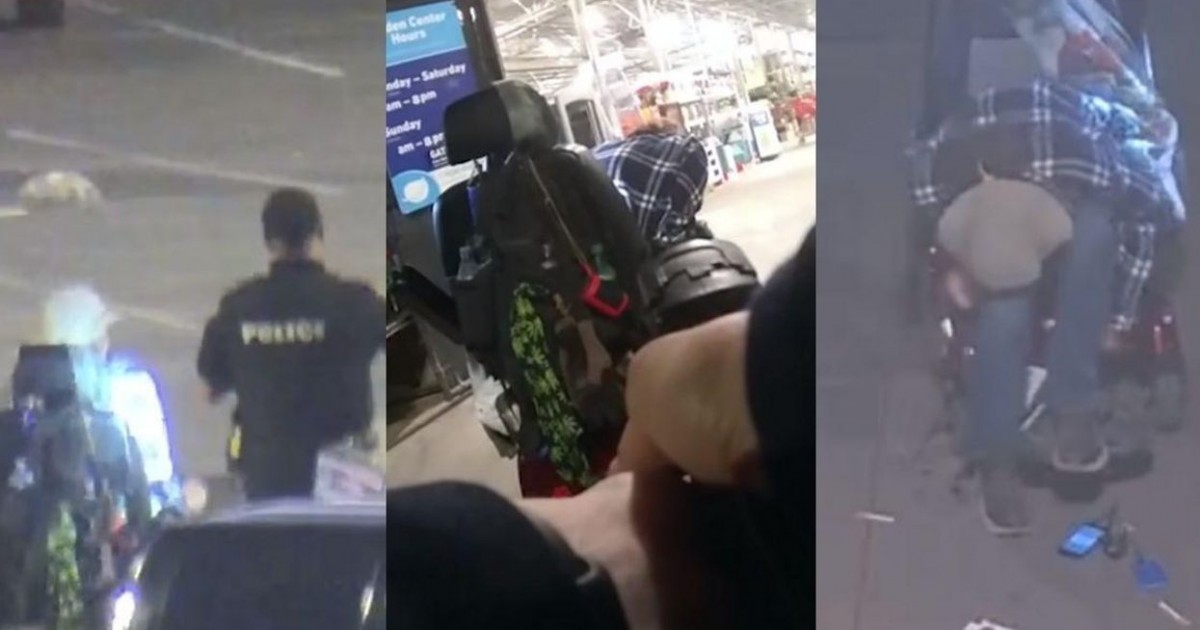 An Arizona police officer from Tuscon has been fired from his job after disturbing surveillance revealed him fatally shooting a suspected shoplifter in a motorized wheelchair nine times in the back.

According to News 12  the Tuscan Police Chief Chris Magnus has identified the officer who killed the wheelchair-bound man as Ryan Remington, who had been serving the force for four years.

A Tucson police officer was fired after video captured him fatally shooting a man in a motorized wheelchair, officials said. https://t.co/o4f7VCGzvw

At a press conference, Magnus said:

"To be very clear, I am deeply disturbed and troubled by Officer Remington's actions."

"His use of deadly force in this incident is a clear violation of department policy and directly contradicts multiple aspects of our use of force and training." 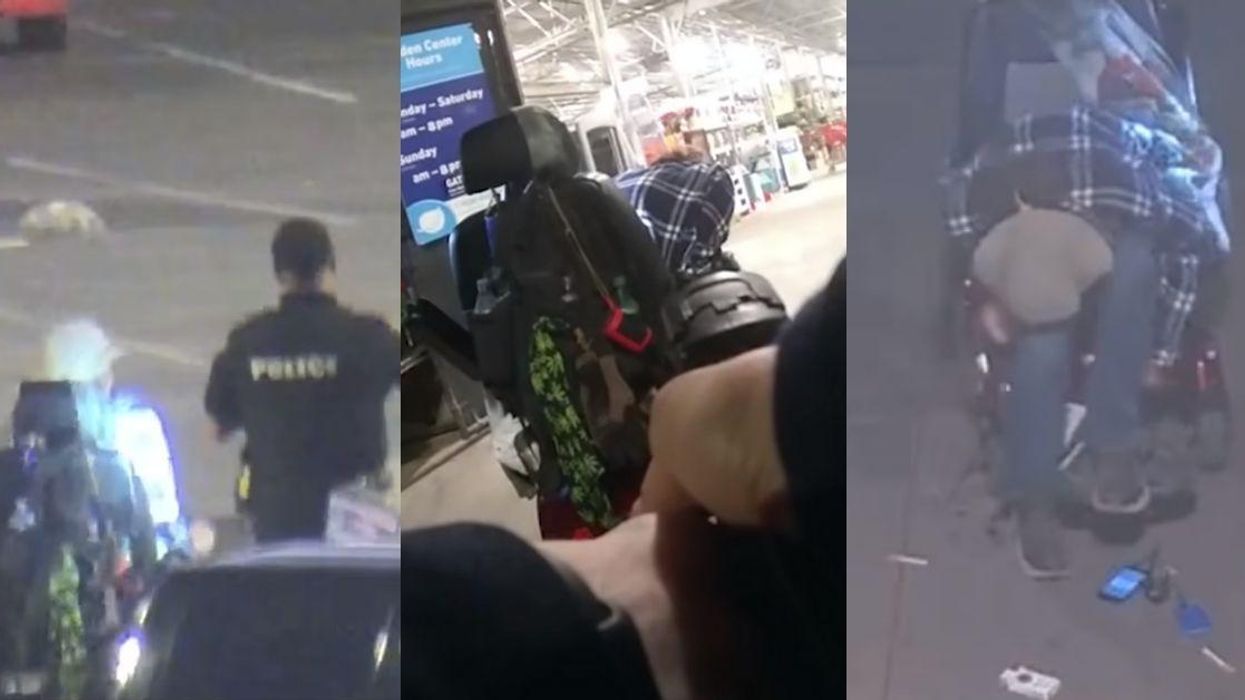 Meanwhile, the victim was identified as 61-year-old Richard Lee Richards who was allegedly caught shoplifting inside the store.

The incident reportedly happened at a Walmart store in the Midvale Park Shopping Center.

As per Rawstory, Remington was not even on duty at Walmart. He was just informed by the employee about the alleged theft and then Remington confronted Richards asking him to show his receipt.

Richards then allegedly pulled a knife on the officer, telling him, "Here's your receipt."

However, the security footage from the mart's parking lot does not show the victim with any knife, but it does show Remington following Richards into a nearby Loew's.

According to the police, Richards told Remington, "If you want me to put down the knife, you're going to have to shoot me."

The disturbing footage from the bodycam showed Remington firing shots at Richards from behind, just inside the entrance to Lowe's.

Why has he not been arrested??? This was murder

Here’s the media story. The victim, Richard Lee Richards, did not have a firearm. He allegedly stole a tool box and allegedly had a knife. And for that he apparently deserved 9 gunshots in the back and handcuffs after his death. Barbaric. https://t.co/Me2p5JP8qG

The officer fired 9 rounds at a man in a wheel chair, who reportedly had a knife and refused to stop, after stealing a toolbox.
Really??
And he was simply fired?
Only in America

As an outside observer I note that the US has become worse than even Hollywood could dream up for a horror story.

The graphic video shows Richards getting shot in the back multiple times and eventually slumping forward out of his chair and onto the store floor.

Not only this but after shooting him dead, another officer then handcuffed Richards after he was on the ground. He was pronounced dead moments later.

Can Someone please explain to me why the cop chose to handcuff this Man after shooting him several times and seeing him fall out of the wheelchair instead of rendering aide immediately? He clearly wasn’t a threat at this point! He was dead!😡