Posted by Annie N. in News On 23rd November 2021
advertisement

People are recorded grabbing bills upon bills of money when a large truck carrying money accidentally spilt cash over on the San Diego Freeway. 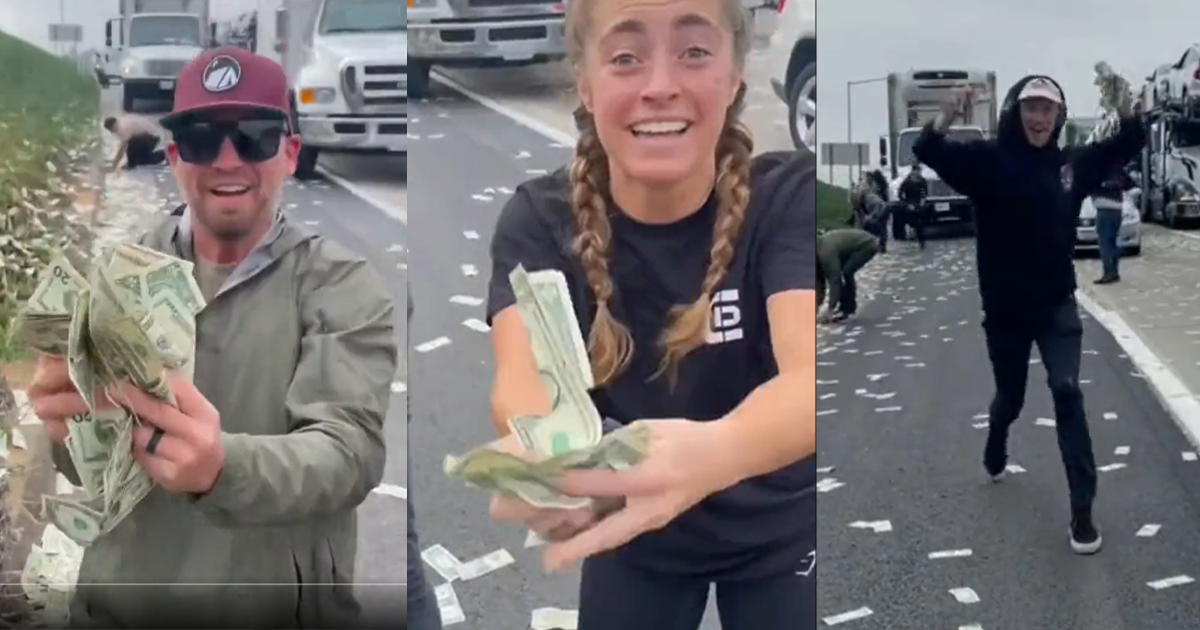 Ever heard of the phrase ‘making it rain’? While this truck couldn’t really make it rain, it did however make it flow like a river after its contents spilled over onto a freeway much to the shock and delight of passers-by.

The San Diego freeway where the money spill occurred had to be shut down for a while as they collected and cleared the road of the cash.

A spokesperson for the Highway patrol revealed that the situation occurred because of a series of unfortunate events where a door popped open on the armoured truck. Secondly, a bag had also popped out and spilt over, leading to a cash spill all over the freeway.

Not to walk away from an opportunity, drivers behind the truck decided to stop and make a little money on their route.

“One of the bags broke apart, and there was cash all over the lanes,”

Right? Tf? Every second is a 20 dollar bill missed.

Those thinking this was a finders keepers situation will find themselves disappointed as police later turned up to round up all those that had padded their wallets as a result of the situation.

The driver when they get back to the office: pic.twitter.com/aMlFFWCt7E

Most had managed to flee the scene, but those that were there when the police arrived were promptly arrested and charged. Two people were so excited about their scavenging that they had managed to lock themselves out of their vehicle, making them sitting ducks for the police and unable to flee.

God… I see what you’ve done for others https://t.co/1RQAe8sAZL

“If you stop to pick up money, as many people as videoed the scene, you can possibly be facing charges,” said a police officer at the scene.

See now, if this happened on the M25 and you lot came to record me picking up 50s, I would break your phone into pieces 🤣

I'm doing my bit for the environment, clearing litter and you're recording???? https://t.co/RTHWW8IGWw

The police also asked for people that had collected the mainly $1 and $20 bills to return them to the police station, and much to their surprise, about a dozen individuals did just so.

The truck is estimated to have spilled $1m in bills.

Stop recording your crimes and POSTING THEM ON SOCIAL MEDIA.