Awkward Red Carpet Fails That Will Make You Seriously Uncomfortable

Posted by Zainab Pervez in Entertainment On 23rd August 2021
ADVERTISEMENT

A look back at some of the most outrageous and cringe-worthy red-carpet moments. 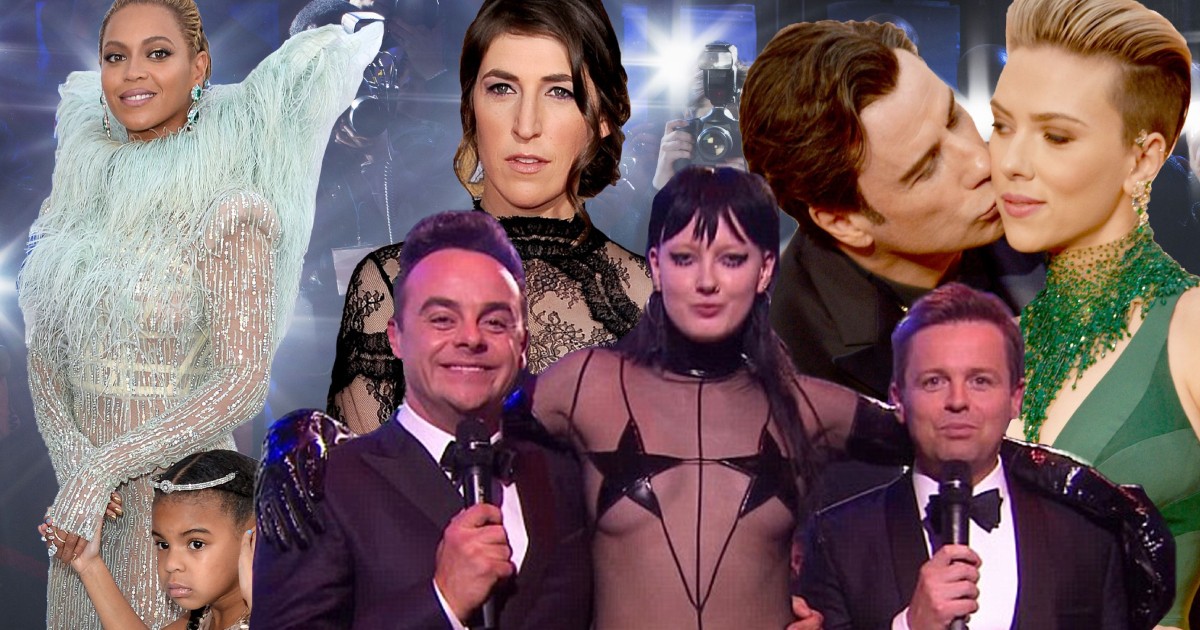 It is somewhat comforting to know that even the elite can’t always be perfect,  they aren’t immune to ‘regular people’ problems. And they’re certainly not exempt from embarrassment and watching them go through awkward moments makes them feel that much more human and relatable.

Even though celebrities might seem like they have it all together, sometimes things can go wrong at the worst moment.

Here’s a look at some of the most outrageous and cringe-worthy Red Carpet interactions of all time.

When Scarlett Johansson told Isaac Mizrahi that her Valentino gown came with built-in support, he decided to cop a feel for himself. It was inappropriate, tasteless, and bizarre. 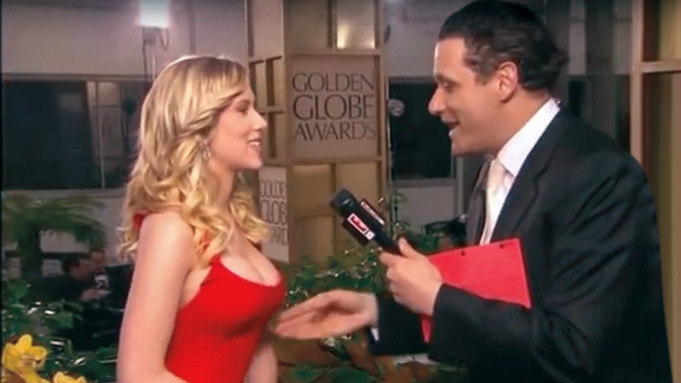 Will Smith slapped a reporter

Russian prank journalist Vitalii Sediuk loves to get celebrities on the red carpet. Unfortunately, the time he tried to prank-kiss Will Smith landed him a slap to the face and said, "What the hell is your problem, buddy?". 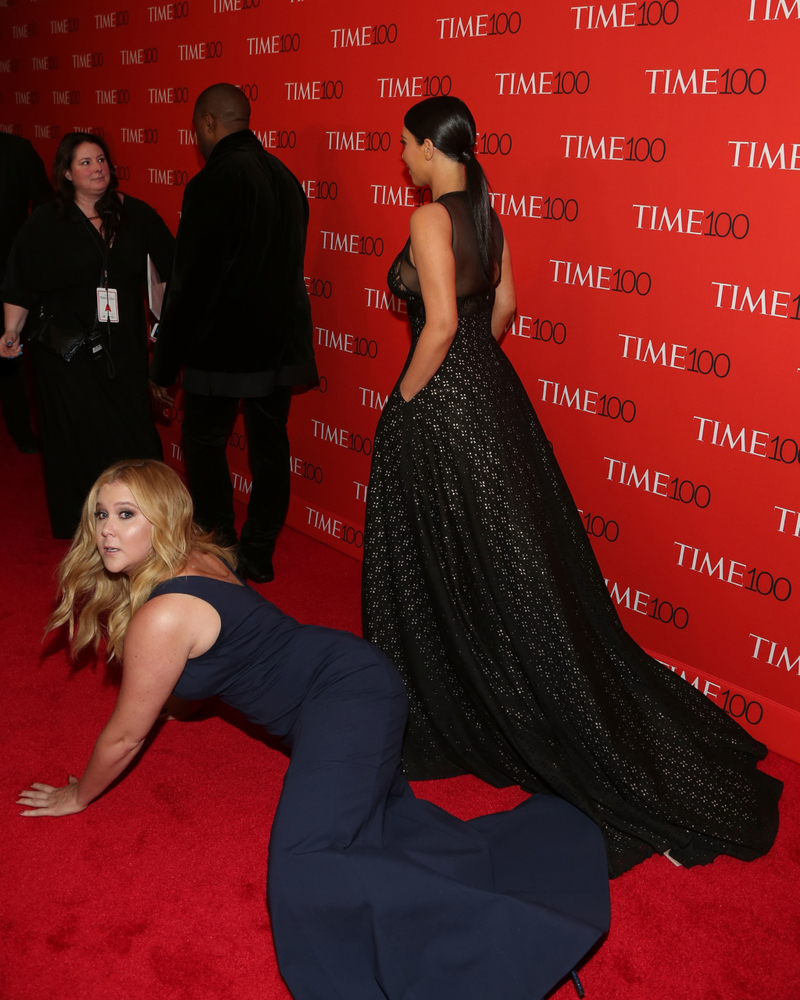 No, that's not a wax figure of Scarlett Johansson. That's the actress standing totally still — and appearing incredibly uncomfortable — as John Travolta grabs her midsection and leans in for a kiss. 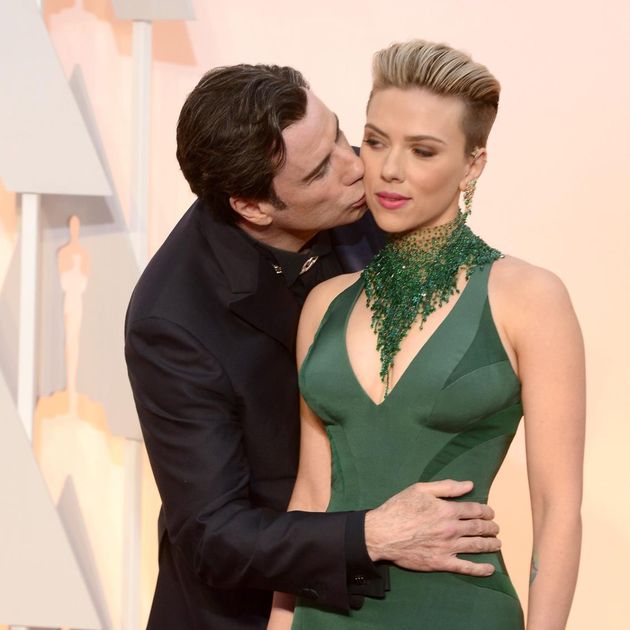 At the 2014 Sag Awards,  a journalist asked “The Big Bang Theory” actress and neuroscientist Mayim Bialik, “Being on the Big Bang Theory, how many people—not that you aren’t a genius—think that you can solve calculus at the drop of a hat?”

Bialik automatically clapped back to the question with this brilliant answer, “I was trained in calculus for several years. I’m a neuroscientist—you may not have known that?” 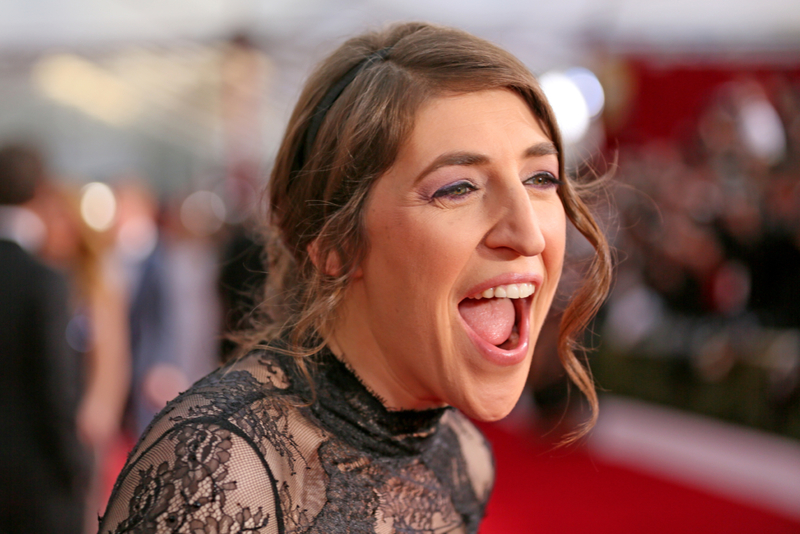 Björk wore a now iconic swan dress to the Oscars

I mean, the picture really speaks for itself on this one. They say fashion is all about risks! This is one of the most iconic bird dresses of all time — that's a category, right?

Björk also brought six ostrich eggs with her (consider them accessories). "I was dropping them carefully on the red carpet,” she later told GQ. “But other people's bodyguards kept picking them up and saying in their thick American accents, 'Scuse me, ma'am, you dropped this.'" 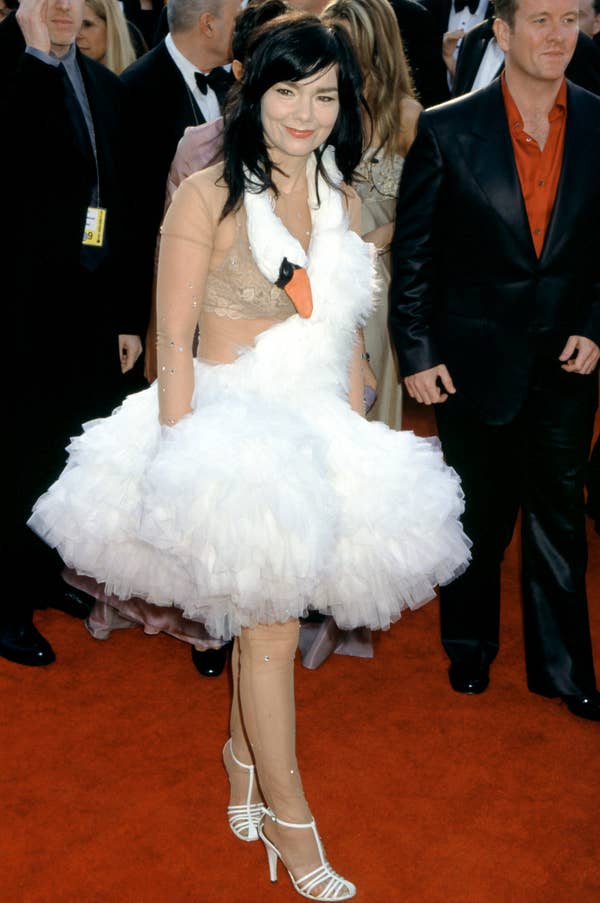 At the 2015 SAG Awards, TNT reporter Danielle Demski told Rashida Jones that she looked like she "just got off an island or something" and that she was very "tan and tropical." Jones, who is biracial, responded succinctly: "I mean, you know, I’m ethnic." Co-reporter JD Heyman, a white man, inexplicably chimed in "me too."

Sacha Baron Cohen showed up to the carpet dressed as his character from The Dictator, accompanied by female bodyguards and an urn of "Kim Jong-il's ashes." Things got really weird when he "accidentally" dumped the material all over Ryan Seacrest's Burberry tux.

Jim Carrey had an existential crisis, says nothing is real

If you want to see a red-carpet reporter work hard for her money, look no further than Catt Sadler trying to rein in a very philosophical Jim Carrey. "I wanted to find the most meaningless thing that I could come to and join," he said of his attendance at Harpers Bazaar's ICONS party. He then proceeded to explain how nothing was real, not even him.

Zac Efron dropped a condom on the red carpet

Dropping a condom in public might be awkward under any circumstances, but it’s especially awkward when it happens at the premiere of a children’s movie. Zac Efron learned this the hard way, when a condom shot out of his pocket at the 2012 premiere of The Lorax.

Almost-Naked woman got in between Ant and Dec

Ant and Dec were left red-faced when Pam Hogg's friend Sadie Pinn crashed the stage at the Brits 2016.

Wearing a thin black strap over her private parts, and a star over each nipple, model Sadie risked all in the barely-there outfit. 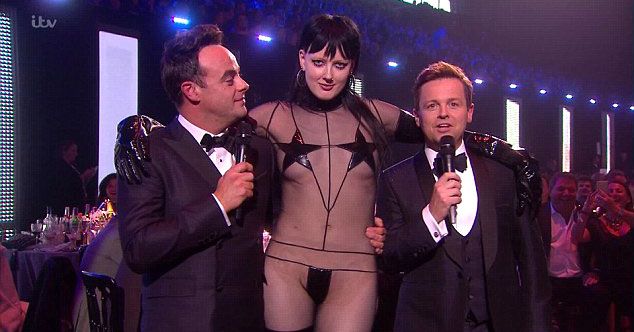 Beyoncé's daughter Blue gave her the ultimate sass at the MTV VMAs in 2016.

Beyonce may be queen but on the red carpet of the 2016 MTV VMAs, Blue Ivy Carter reminded her mother who REALLY runs the show. Jay Z’s daughter gave Bey SO much attitude and it was completely adorable. 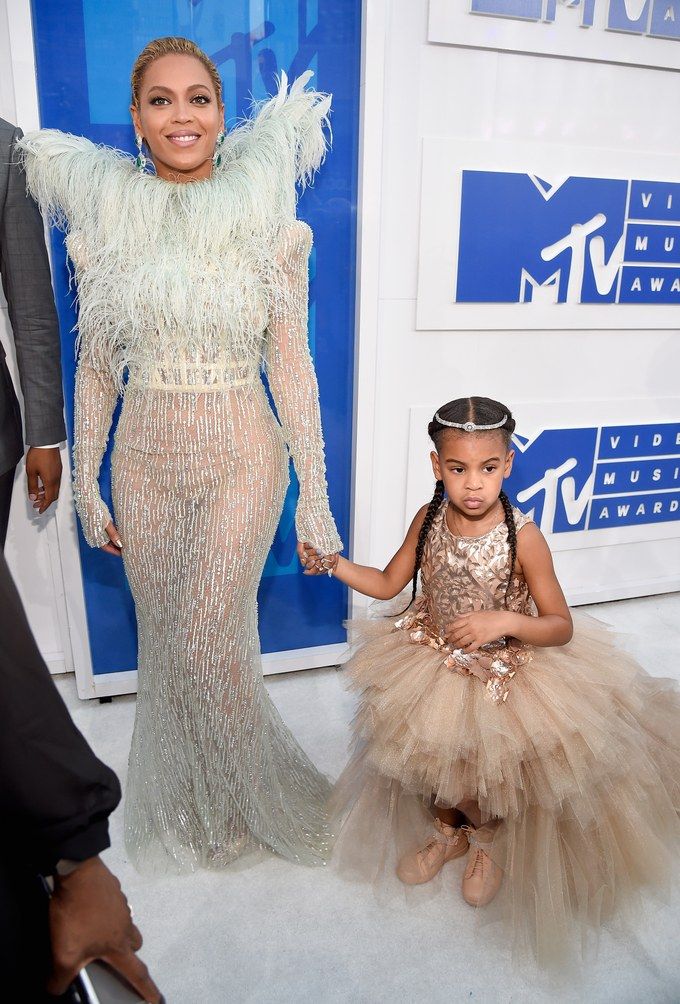 Back when Angelina Jolie was a first-time nominee at the 2000 Oscars, she kissed her guest on the red carpet. What made the moment buzz-worthy was the fact that her guest, James Haven, was her brother. Four years later, Jolie told PEOPLE, "First, we’re the best of friends. And it wasn’t some odd open-mouthed kiss. It was disappointing that something so beautiful and pure could be turned into a circus." 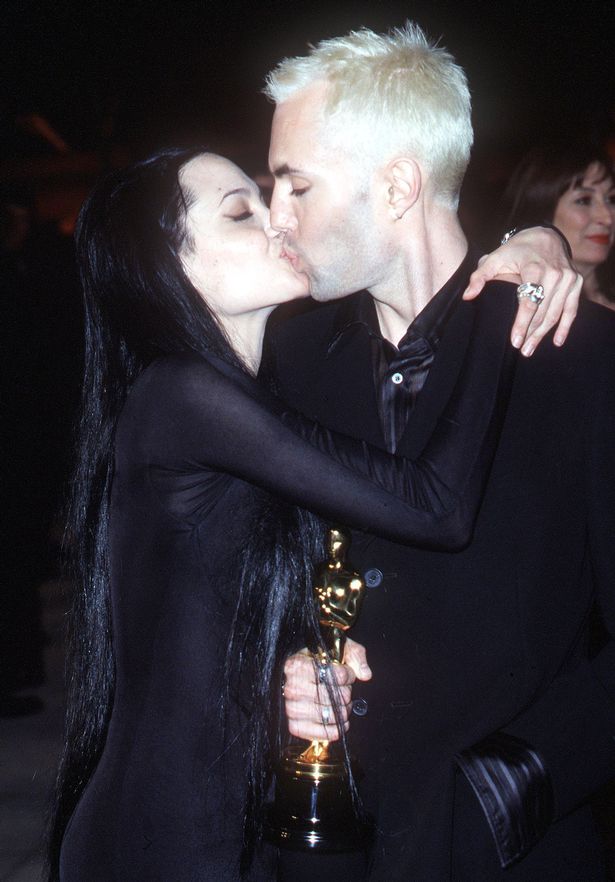 Kesha approached Jerry Seinfeld at the David Lynch Foundation's "A Night of Laughter and Song" and asked to give him a hug. He turned her down. She asked again ("just a little one?") and he said "no thanks." Turns out the comedian didn't know who Kesha was, and when reporter Tommy McFly informed him, Seinfeld said, "Okay, well, I wish her the best." 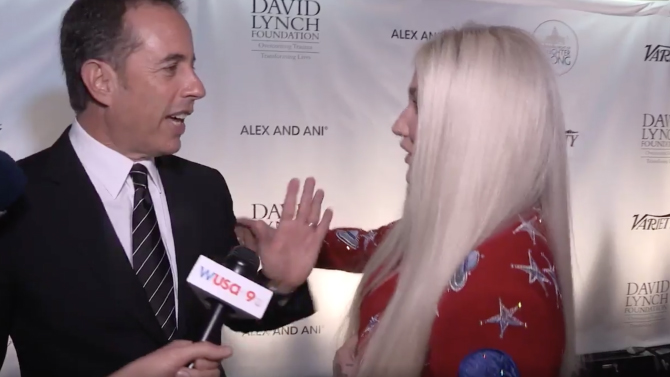 Behati and Adam arrived to the 2015 Vanity Fair Oscars afterparty red carpet, and Behati accidentally had a bit of a slip when her dress slipped right off her chest while posing for a photo! 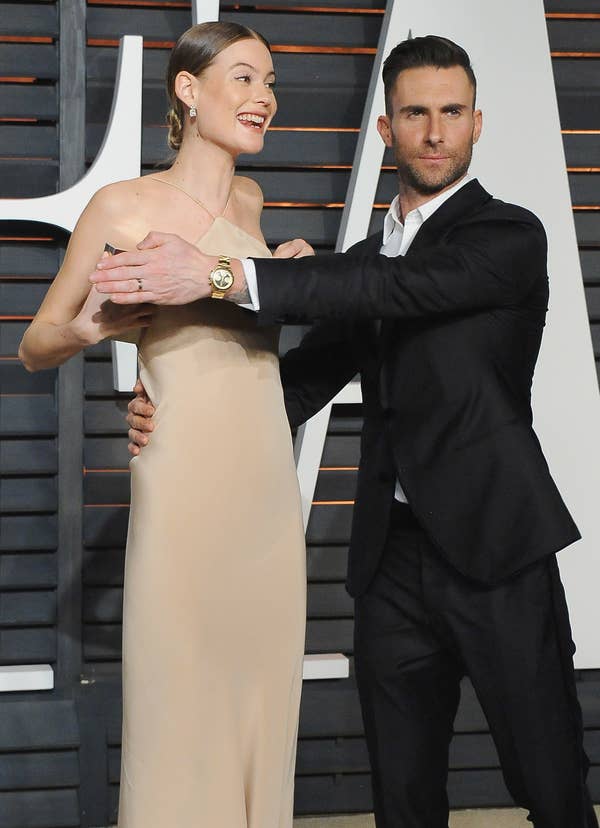 America Ferrera Gets Attacked by "prankster"

While on the red carpet in Cannes for How to Train Your Dragon 2, controversial "prankster" Vitalii Sediuk—the same man who attempted to kiss Will Smith in 2012—stuck his head underneath America Ferrera's dress. When security tried to drag him away, he clung to her ankle. Ferrera later described the incident as "a weird crazy dream." 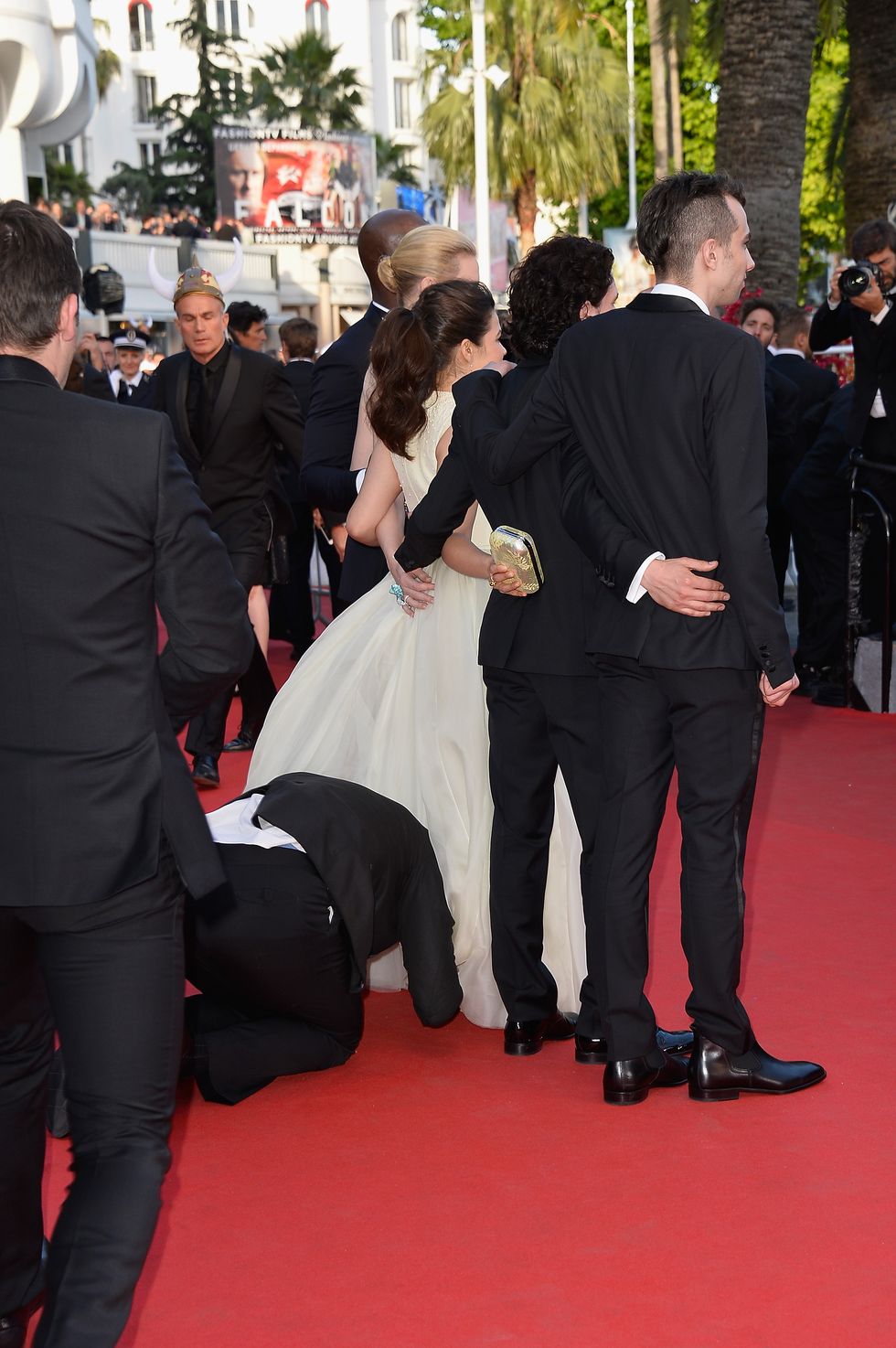 As she was performing "Bang Bang" at the Video Music Awards with Jessie J. and Ariana Grande, Nicki Minaj's dress tore right down the middle! Obviously, Minaj's first instinct was to drop the microphone and hold the dress together with both her hands. 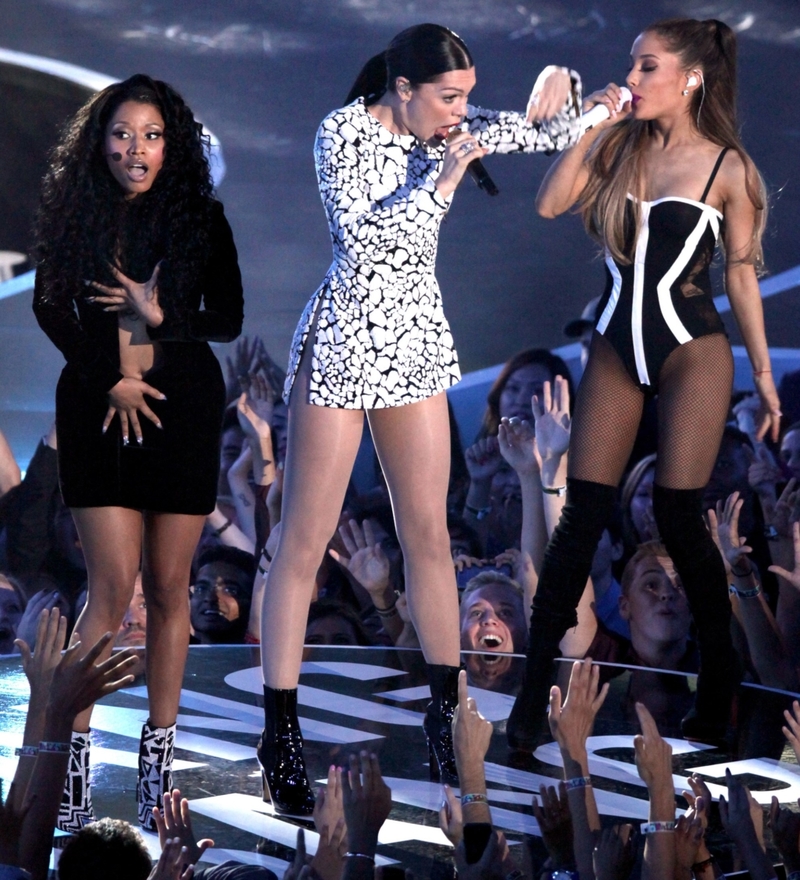 While interviewing Taylor Swift on the 2015 Grammys red carpet, ET’s Nancy O'Dell actually told Taylor Swift: "You’re going to walk with more than a trophy tonight, I think, lots of men." Taylor responded with perhaps the fiercest death stare of all time. "I’m not going to walk away with any men tonight," she said. The conversation lightened up from there, but it was off to a rough start, to say the least.

Melanie will do anything to support her daughter, except for watching a sexually explicit film starring her, and honestly, I don't blame her. The two got into a very uncomfortable conversation after being asked whether Melanie had seen the movie.

This cringe-worthy interaction began as small talk: Had Melanie Griffith seen Fifty Shades of Grey? She hadn't — and she noted more than once that she didn't want to, either. “Alright! You don’t have to see it!” Johnson eventually snapped.