Recent pictures of Bangladesh street cleaners are going viral which shows the volunteer street cleaners diving into the canal that already has heaps of rubbish and cleaning the canal with only plastic bags on their heads as part of PPE. The water they are swimming in was a canal, but huge amounts of urban waste have created a landmass, which sits about 24 kilometers northwest of the capital Dhaka. 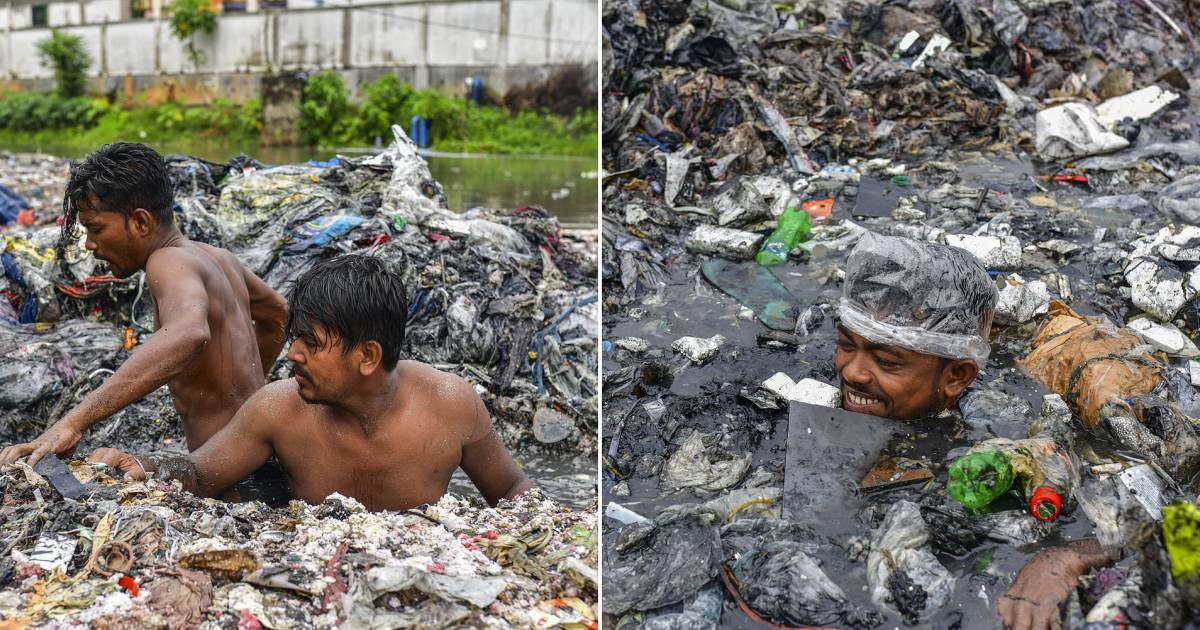 Street cleaners in Bangladesh have been pictured cleaning the country's canal while neck down in heaps of rubbish with only hats as part of PPE. The coronavirus lockdown has caused mass littering, with the UK seeing a huge increase in fly tipping, but the canals of Bangladesh have really suffered.

The street cleaners were seen cleaning the rubbish with plastic bags on their head only.

The water they were seen swimming in was of the canal but because of the huge amount of urban waste, it has created a landmass, which sits about 24 kilometers northwest of the capital Dhaka.

From the images, one can clearly see huge amount of plastic waste and general household waste clogging up the canal in Savar.

According to New Age Bangladesh, cleaners have dumped domestic, plastic, industrial and medical waste at 50 spots by bodies of water.

Officials from the area said they collected 200 tonnes of waste every day, which was then dumped in areas connected to rivers.

In an effort to stop environmental contamination and the Bangladeshi High Court declared that all of the country's river have the same legal status as a human being last year. 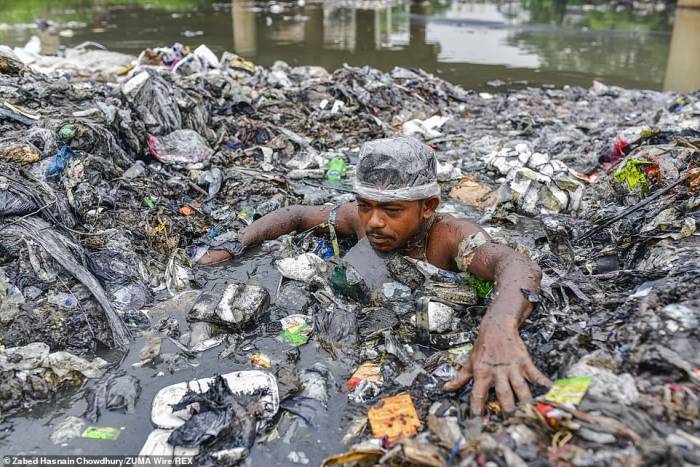 The verdict was unique and helped to recover the land greatly. State Minister for Shipping Khalid Mahmud Chowdhury said it led to 15,175 illegal structures being removed from the ports in the Buriganga, Turag, Balu and Shitalakkhya rivers. In total 566.12 acres of riverbanks were restored.

Speaking to local news outlet Dhaka Tribune, secretary at the Water Resources Ministry Kabir Bin Anwar said: "We will not stop until we evict all 44,000 illegal structures.

"Every district administration has worked tirelessly for a year to compile this list of illegal encroachment. We have also set up a control room dedicated to this task in the ministry.

"We will install walkways and plant trees to deter people from encroaching on these territories again."

The mayor of Savar, Abdul Goni told New Age that there was no specific waste area so the have to take it to the lowlands because of no other option. In a step forward, the municipality has now signed a contract with a company from Finland which specializes in waste management.

He also added they hope that now there is a plan for safe disposal of waste so they will see better improvement. 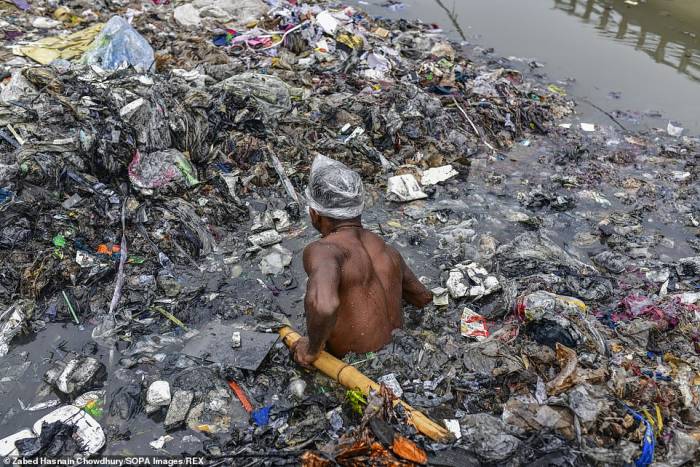