Posted by Sama in Entertainment On 23rd November 2021
advertisement 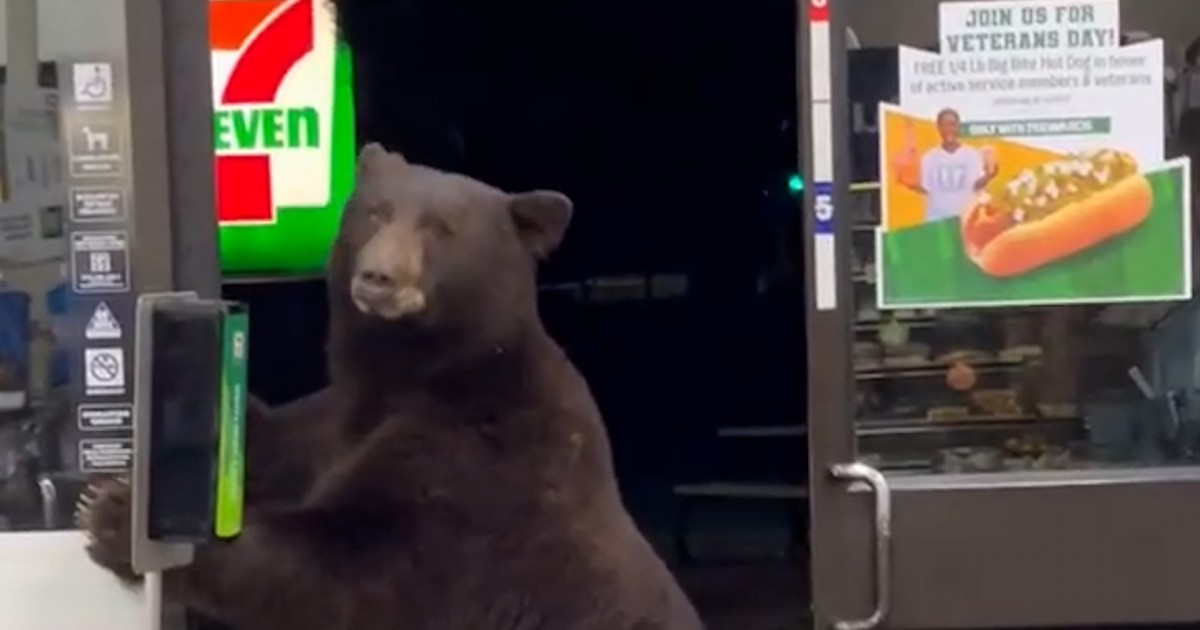 This bizarre TikTok video of the convenience store has gone crazy viral on social media.

“Oh my goodness, he knows how to open — heeey, stooop!” 7-Eleven employee Rachelle Ducusin, 44, can be heard screaming hysterically at the burly beast in the now-viral clip, which she uploaded on TikTok Sunday. 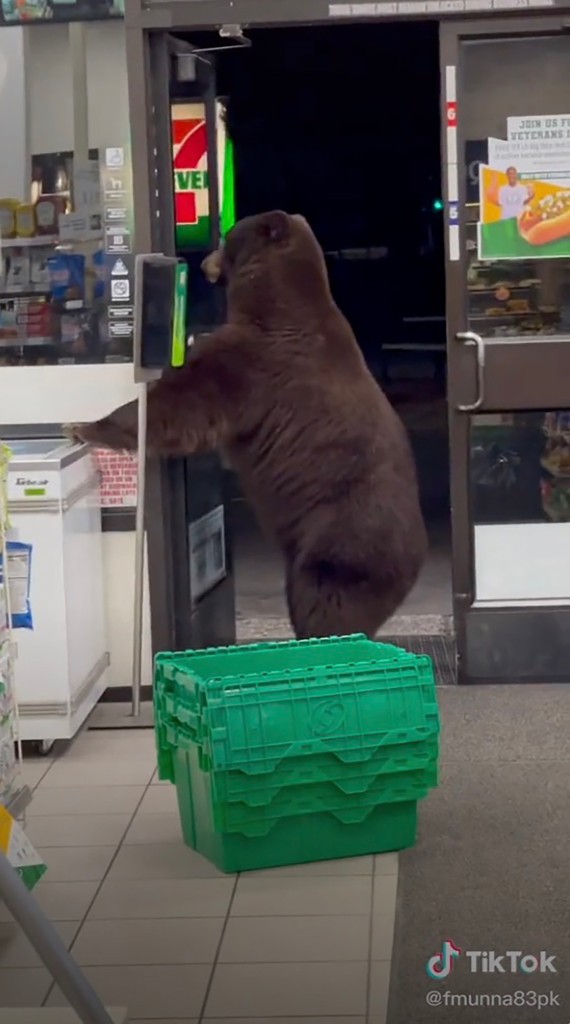 “Stoooop! Shhhhh. Shhhh. Get out!” she continues in a combo shew-and-shriek before bursting into a series of dramatic sobs and empty threats.

The bizarre happening occurred after Ducusin tried to stop the bear from ransacking her trash cans outside, where it had already charged twice, according to Storyful. It was just in time that the woman was able to duck into the store and dial 911 before the bear decided to get into action. 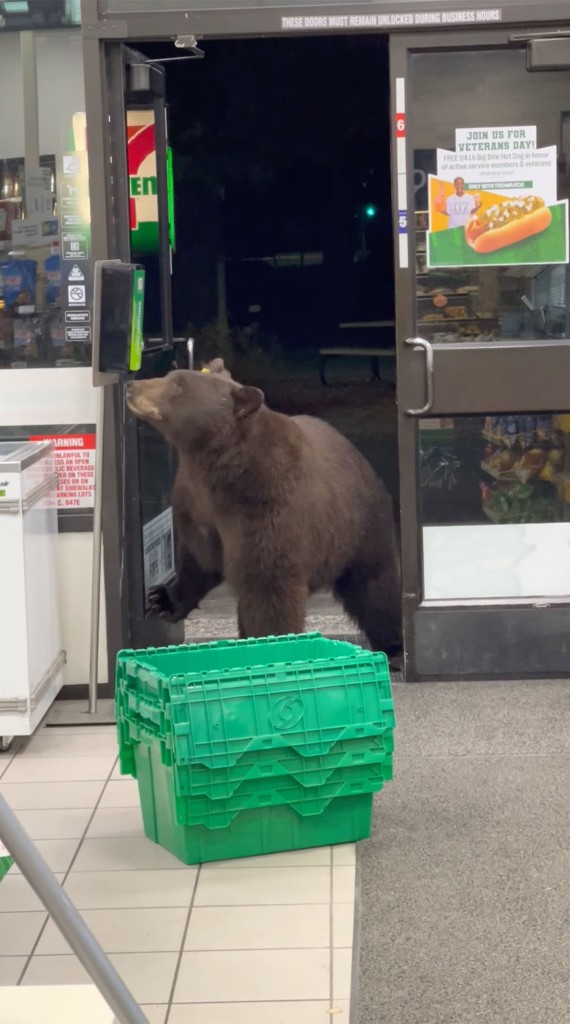 The 40-second footage on TikTok shows the black bear casually walking into the store while Ducusin helplessly screams it to “get out!”

Ignoring her screams, the bear continues to progress and first noses the automated hand sanitizer before proceeding to squirt several drops on its head.

As if enjoying his time there, the grizzly bear then continues to peruse the mart and at one point even stands on its hind legs with its paws upon the counter — as if waiting to be served. All the while, Ducusin can be heard wailing her head off.

Thankfully, the emergency services were able to reach in time and scare off the furry interloper by shooting it with rubber bullets. However, the grizzly animal sure knows his way around this place and returned to the 7-Eleven later that morning to rummage through the garbage bins. 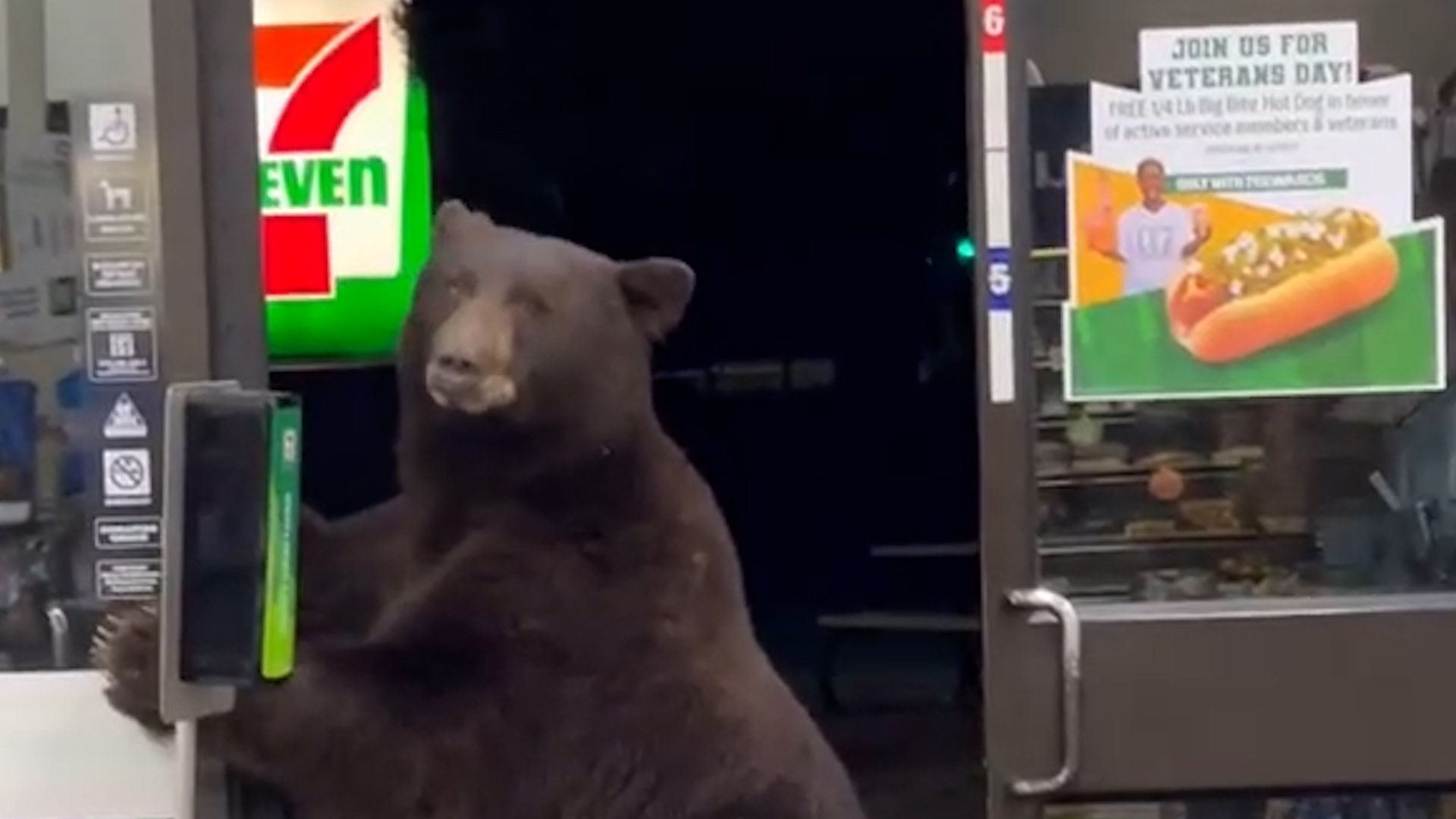 The video went viral and people were shocked at the human-like behavior of the animal and couldn't help but make puns out of the crazy funny situation.

“The bear literally came in politely, held the door and sanitized, what more do you want?” said one impressed commenter at its seemingly considerate supermarket sweep. 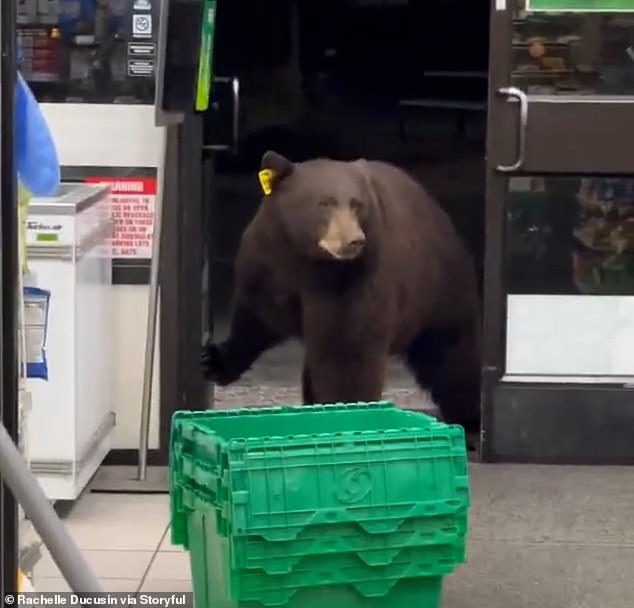 “He just needs his bare [bear] necessities,” joked one TikTok wit while another quipped, “he opened the door with his bear hands.” 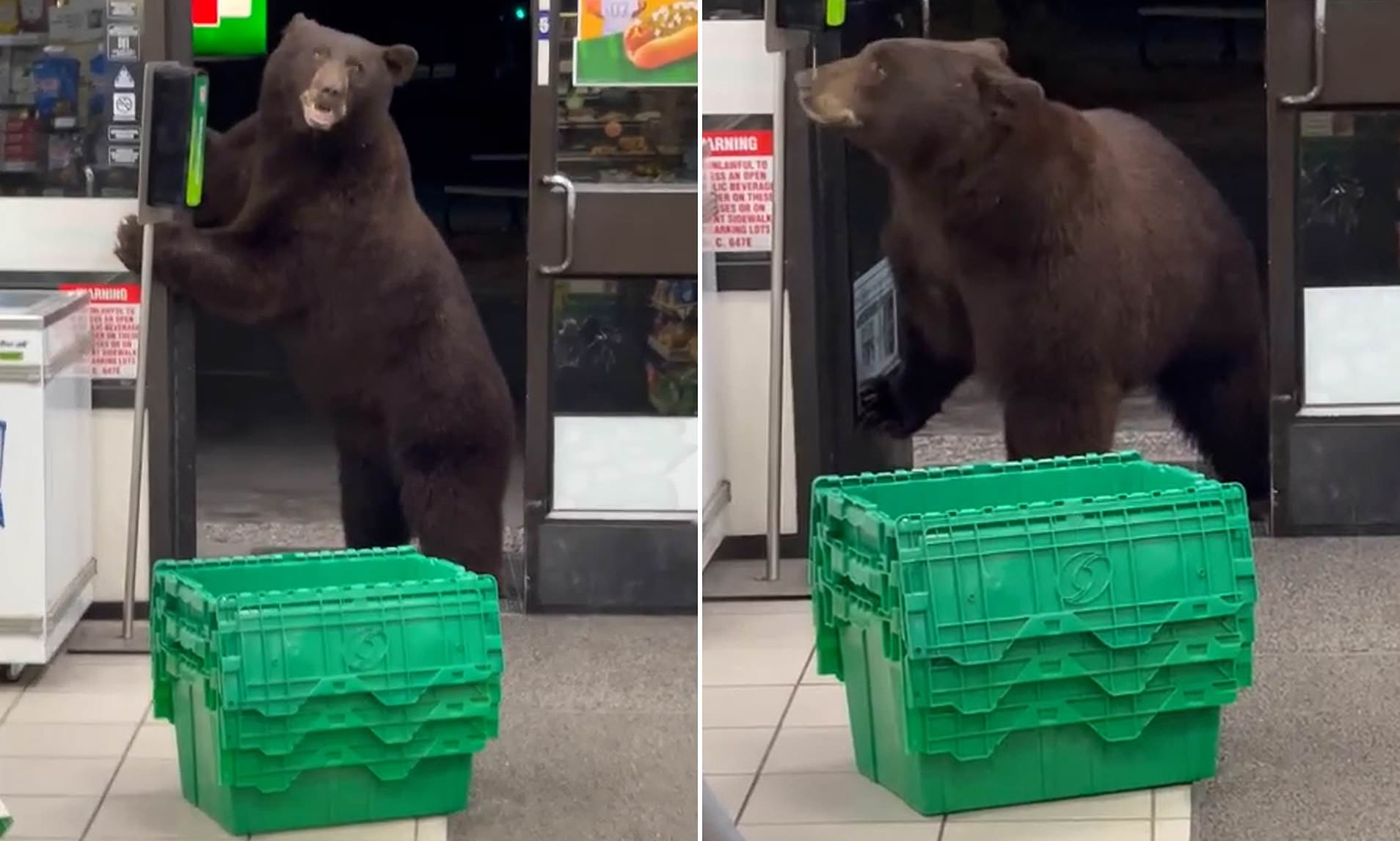