Because Of Haste And Greed, Many Lives Were Tragically Lost In The Great Iroquois Theater Fire

Posted by Editorial Staff in History On 24th July 2017
ADVERTISEMENT

The dead bodies had to be guarded by police because people were stealing personal belongings from them such as jewelry, money, good fillings from teeth and even their identities! 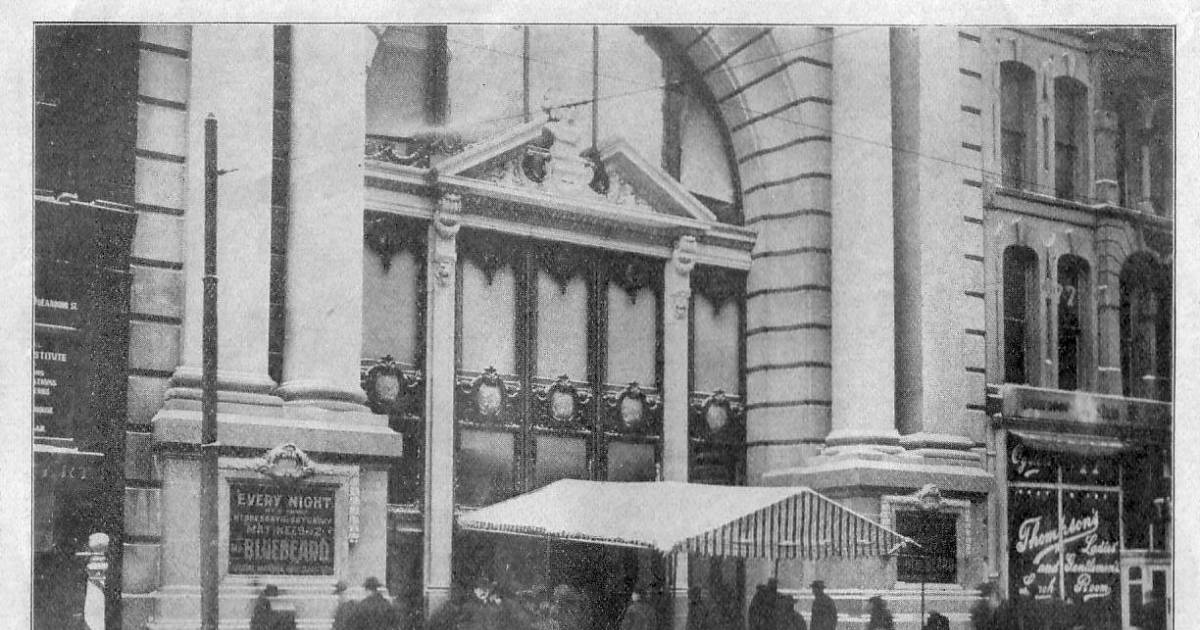 Described as an “absolutely fireproof” theater, the Iroquois Theater opened in mid November 1903 and was in its sixth week of operation before the tragic fire it just over a month later on December 30th. 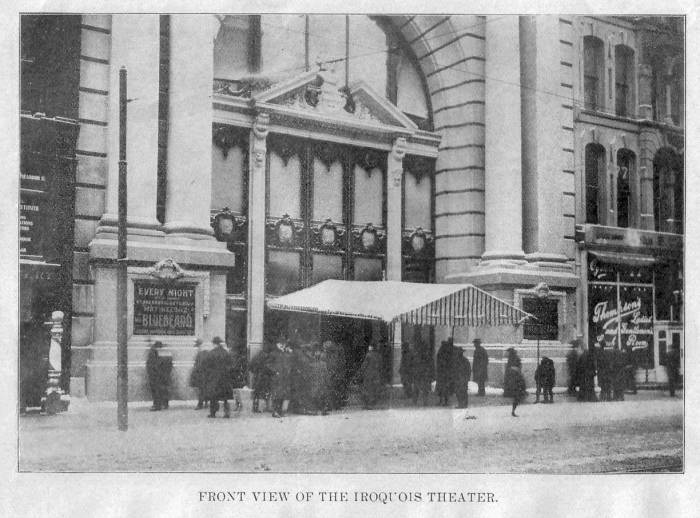 The Iroquois Theater opened during the holiday season. With the idea of being able to sell a few more tickets because of the holidays, they opened early with left a lot of work undone. The theater was advertised as being “absolutely fireproof”. Not only did they open early, their maximum occupancy was 1,724, how ever that tragic day, almost 2,000 people, mostly women and children had come to see a matinée show of "Mr. Bluebeard" starring Eddie Foy. No one was turned away even though it was well over its capacity.

The Iroquois Theater Fire was beautiful inside, with three seating tiers - was ground level seating commonly called "orchestra" or "parquet", the second level known as the "dress circle" and staircases in the foyer leaving to the top called the "gallery" with the ability to hold just over 1700 people. It even housed an elevator leading from the dressing rooms on all five levels to the stage. 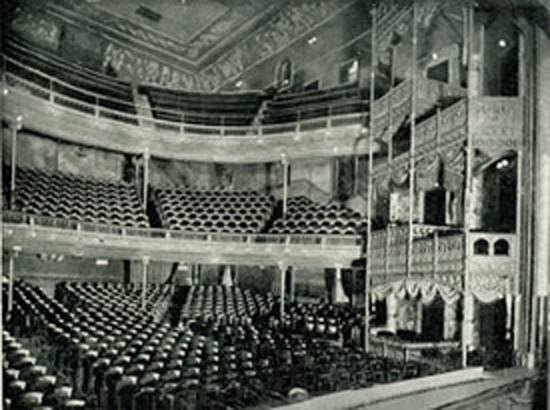 Before the opening of The Iroquois Theater, there were many noted imperfections structurally that had they waited to open and took the time to complete and trouble shoot and test, this terrible tragedy might never have happened. There were also things like the 30 exits routes not made clear and less confusing for the patrons. Some of the exits didn't have any lights above them and some had levers that people did not know how to operate and some exits were locked with no way to open unless you were the keeper of the key. To prevent people from trying to get a better seat, particularly ones they didn't pay for, there were big iron gates that blocked off the stairways.

It was well into the second act that the fire started. A spark from a malfunctioning light ignited a drop curtain and the fire started. It spread quickly catching fire to drapery, decorations, and thousands of square feet of canvas scenery flats. Roof vents intended to handle smoke and heat had been sealed off, preventing the heat, smoke and gases from escaping – a result of the hurried construction. A fire curtain was supposed to be lowered, but as luck would have it, the stage hand trained in its operation was out sick and his replacement was not prepared to manage it.

Roof vents intended to handle smoke and heat had been sealed off, preventing the heat, smoke and gases from escaping – a result of the hurried construction. A fire curtain was supposed to be lowered, but as luck would have it, the stage hand trained in its operation was out sick and his replacement was not prepared to manage it.

People began to panic and started stampeding towards the exits. People on the ground floor were a little calmer than the people on the upper floors. Hysteria ensued when people from the balcony floors were stopped by the iron gates that had been in place in order to prevent seat hopping. They started jumping off the balconies. Doorways soon became hard to exit because people were being trampled and killed in the doors openings.

Some used ladders to cross between buildings trying to escape the flames. Only about a dozen people made it across the ladder. Many fell to their death below in the alley between the two buildings. It is now known as Death Alley.

The star of the show Eddie Foy, played the part of Sister Anne in Mr. Bluebeard. He made $800 a week which was VERY good money in 1903, that would be $21k in 2017. With the job rendering Foy jobless, he went on to alternate big time vaudeville engagements with musical theater roles until 1912. When his youngest son turned 4 years old he started the act “Fun With the Foy Family”. 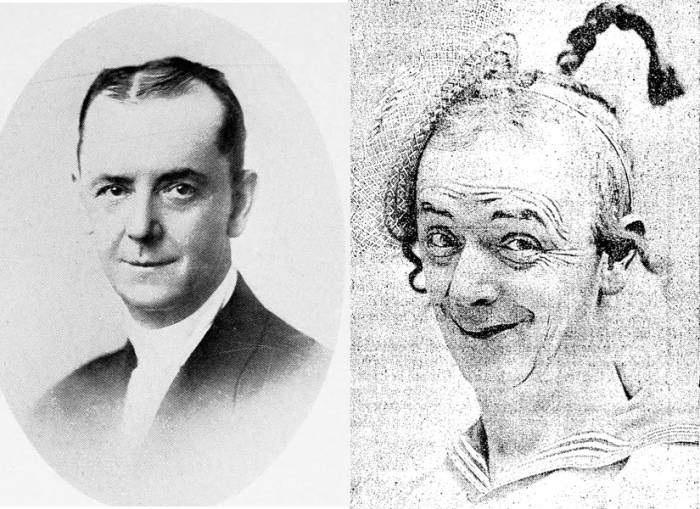 Eddie was preparing for his next scene when he heard all the noise from people scrambling to escape. He quickly looked for and found his youngest son Brian who he had brought with him to the show and handed him off to a stage hand who was headed towards the exit. Eddie then went to try and calm the audience. Advising them to stay calm and be seated and wait for the fire department to arrive. As time went on and the fire got worse he then told them to calmly leave. Later in a court hearing it was undetermined if he helped or hindered the efforts to keep everyone safe as many were found dead in their seats. Eddie was one of the last people to make it out alive.

Many people were burnt so bad that the only way to identify them were by clothing, jewelry and other personal belongings. The clothes of an infant were found. It is believed that the mother tossed her baby aside to be trampled to death in order to save herself. 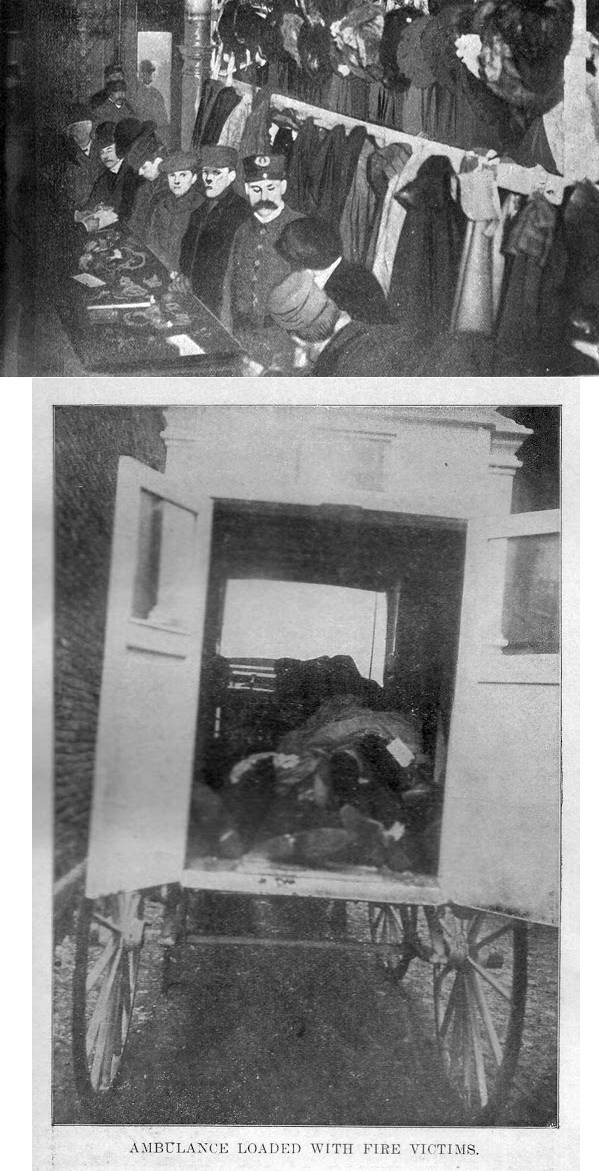 Bodies were piled 7 or 8 people high were they either fell to their death, been trampled or died of asphyxiation. Many were saved by the mounds of bodies as they broke the fall of many who did end up making it out safely. Many had shoe marks on their faces where people have stepped over them. People unlucky enough to make it out alive were packed on top of each other in ambulances and taken to the morgue.

As Fire Marshals conducted their investigation they discovered there was no fire alarm installed inside the theater. There were incomplete fire escapes, and also found that the skylights had been nailed shut. The stairways were also blocked by locked iron gates with a lock many Americans were unfamiliar with, a European style lock called a bascule lock was used on the gates. Many of the Kilfyre canisters were hung way out of reach.

Fire fighters measured door ways during their inspection. They also noted that most doorways were locked and un-clearly marked. Finding many that were covered by curtains or locked. Also noting that a lot of windows were made to "look" like doors which only added to the mass confusion and hysteria. 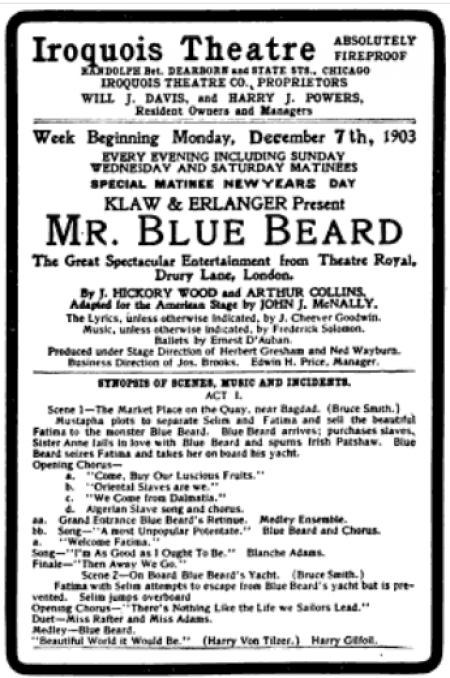 Chicago shut down all of the theaters in the city to undergo an inspection and were not to open until any renovations that needed to be made were done. The rest of America followed suit. The Iroquois Theater fire prompted new fire safety laws and codes to be implemented and enforced. 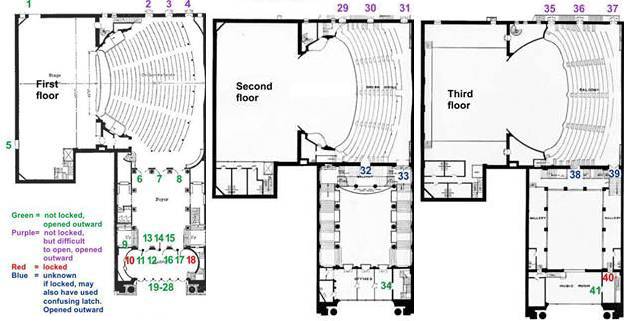 Some of the codes were;

All exits are to be clearly marked and unobstructed and easy to open.

Panic bars or sometimes known as Crash bars were to be installed. A crash bar is a type of door opening mechanism which allows people to push on to open the door, this is to avoid stampedes and people being trampled to death.

Sprinkler systems were fairly new at the time and had they been installed they surely would have helped with the Iroquois Theater fire until firefighters arrived.

Fire alarms must also be installed. In the case of the Iroquois Theater fire stagehand ran all the way to South Water Street to turn in the alarm. This used up valuable time in getting help there more quickly.

With the average wage at that time being around $500 - $600 a year (that's about $12 a week), the cost of a ticket was quite a bit of money. $1.50 for orchestra seats for a matinée show. If you bought just 3 tickets that would cost over 1/3rd of your weekly paycheck.

Rent on average was anywhere from $40 - $90 a month so an outing like going to the theater could really put a dent in your budget.

The Iroquois Theater is now called Ford Center for the performing arts - Oriental Theater. Performers there today say the place is haunted. Ana Gasteye who originated the roll of Elphaba in Wicked, tells her story of what she witnessed during her performance on the anniversary of the fire. She spoke of "Death Alley" and how it isn't used much any more. She said it was “very dismal and gloomy” and how terrible it felt to be there. During her performance Ana recalls towards the end of Act I when her character is learning to fly, that as she is going high up, she could see a lot of fog and smoke and remembers hearing an orchestra playing loudly. While in the air she sees groups of people standing in the wings. When the show was over Ana says she was walking the long hallway towards her dressing room and saw a lady and two children dressed in early century clothes. Ana said she nodded to the lady and the lady nodded back. The lady and her children continue to walk a few more feet down the hallway and then disappear after they turned a corner. Ana is positive that they were a family that perished in the 1903 fire. 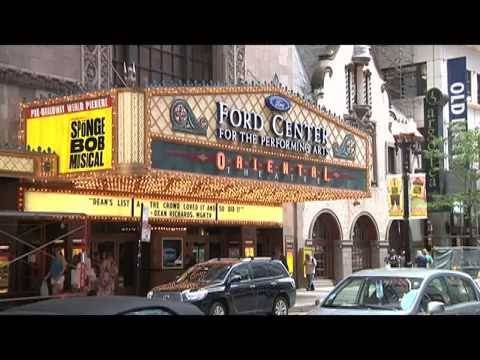 Killing over 600 people The Iroquois Theater fire is still one the deadliest single building fires in the history of the United States.