Posted by Michael Avery in Heartbreaking On 27th January 2018
ADVERTISEMENT

Drugs destroy the lives of everyone around them. The users and their families suffer at the hands of these terrible substances. If you have ever considered using drugs please look at these images of what they do to people. Hopefully, it will make you see that it's not worth it. 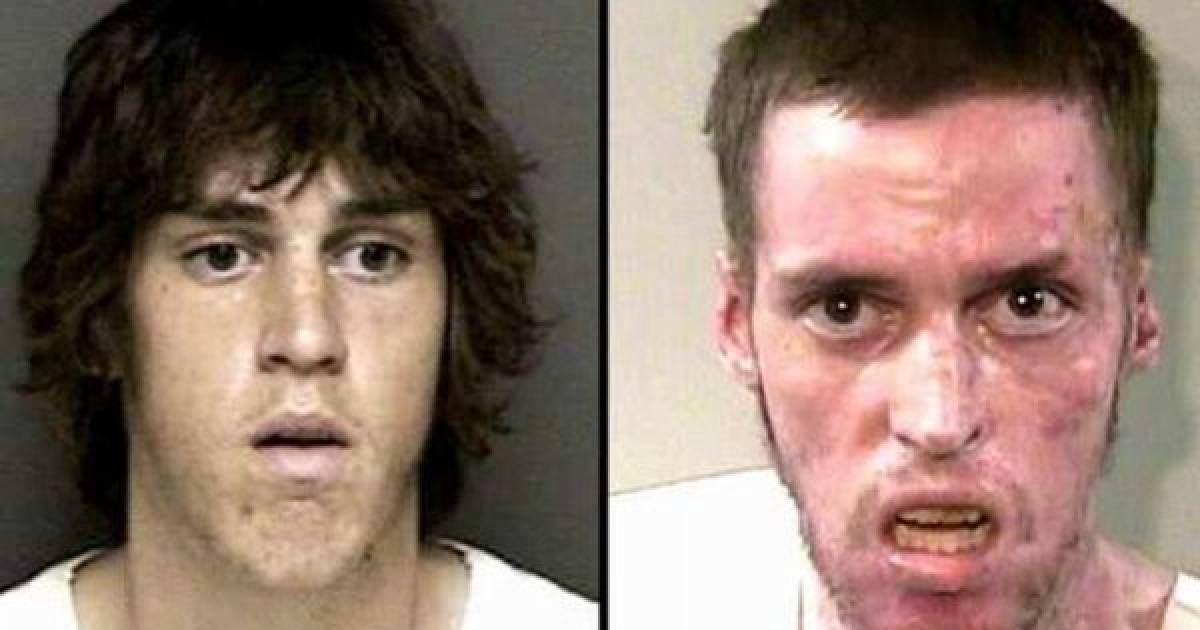 #1 What a drastic change.

In just 8 short months this woman looks completely different. You can see the lesions and sores on her face along with the bags under her eyes. It's a sad transformation. 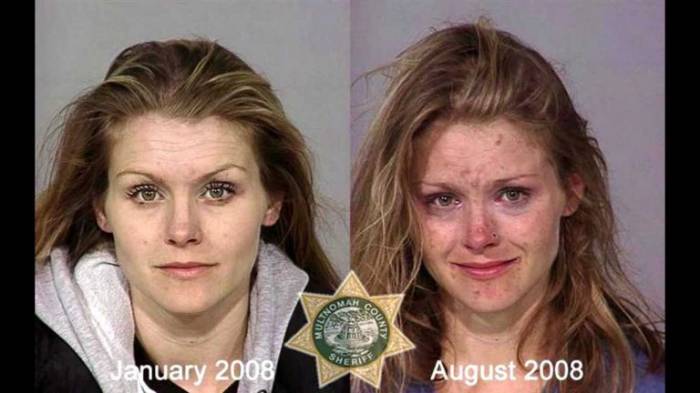 In the 10 years between these two pictures, a promising young life has been completely destroyed thanks to drug abuse. It's a sad story that plays out every day across America. 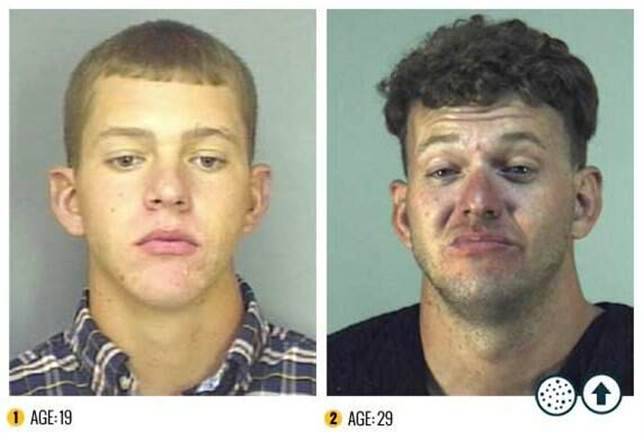 You would think the woman in these photos had turned into some kind of walking dead zombie but alas, this isn't a Hollywood production. Years of abusing drugs have basically turned this woman into a monster. 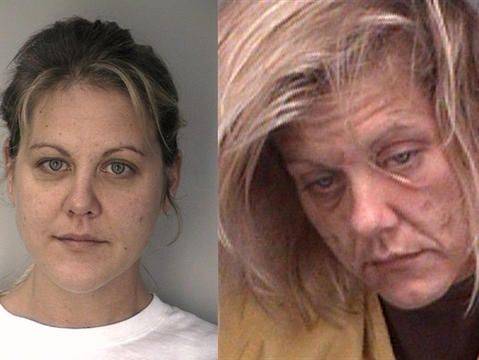 #4 It doesn't take long at all to have a permanent effect.

In 3 years this woman's face has been altered irrevocably. It looks as if she had a stroke as well which is common for repeated drug abusers. Eventually, your body can't take anymore and gives out. 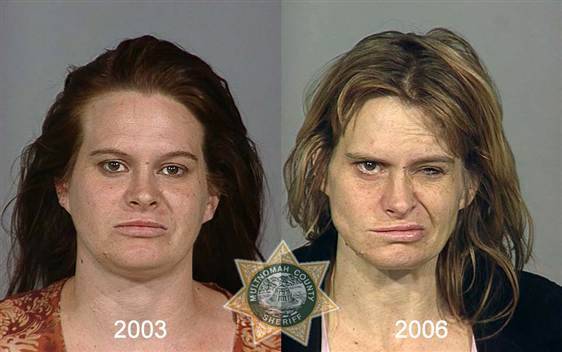 #5 Do you still think drugs are cool?

It only took 6 months for this woman to start showing the telltale signs of heavy drug use. By the time 4 years had passed she was covered in sores and looked to be a shell of her former self. Don't do this to yourself. 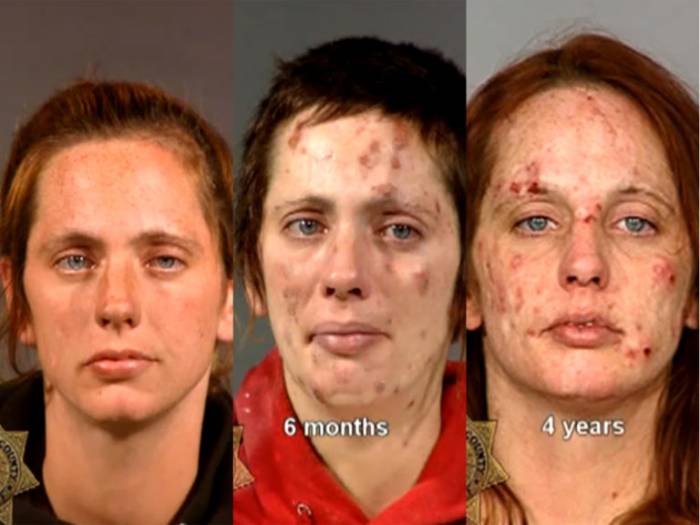 #6 They will make you unrecognizable.

This man appears to have aged several decades in the span of just 3 years while hooked on drugs. He's covered in horrific bumps and sores. It's sad to see people fall so far. 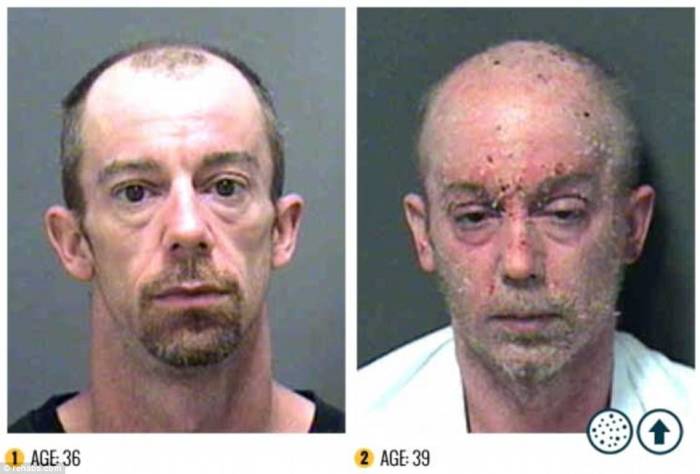 This man's repeated drug use has taken his skin and made it appear to be melting right off of his face. He has a wild, aggressive yet lost look on his face. Almost as if he could attack at any moment.

This man will never be able to get back the 7 years that he lost to drug use. That's assuming that he got help. He could still be on them for all we know. This is the sad reality that you must realize about drug use. Even if you do come off of them you never really lose the cravings. It's something that you will have to fight for the rest of your life. 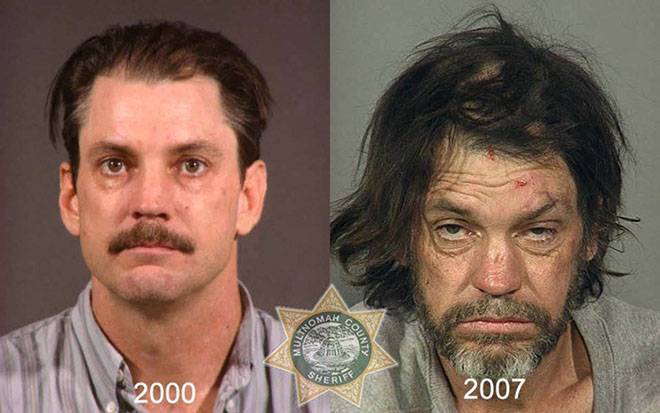