Best Friends Were Told They Only Had 2% Chance Of Surviving On Their Birth, Celebrate Their Graduation By Recreating A Throwback Picture Together

Posted by Sama in Feel Good On 24th July 2020
ADVERTISEMENT

Odin Frost and Jordon Granberry, both 18-year old teenagers have celebrated their graduation by recreating their first-day school picture. The proud parents share the picture on Reddit and were overwhelmed with the messages and love they received from the online community. 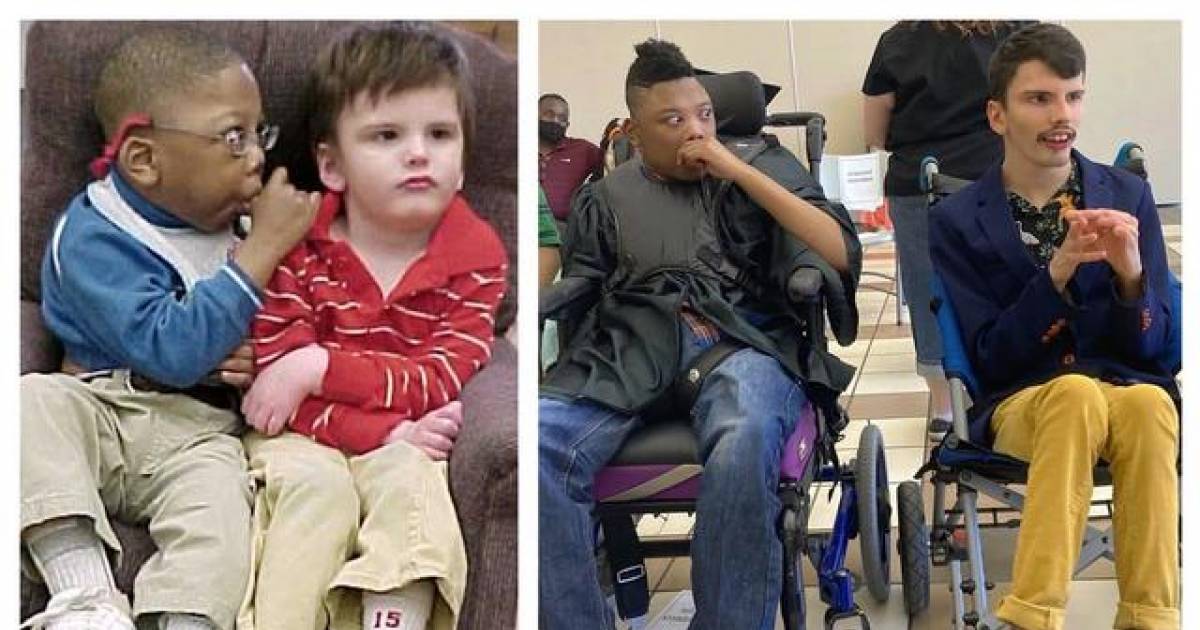 Their families were told they only had a 2% chance of surviving after their birth and now these two best friends have beaten all the odds and celebrated their graduation together. The parents of Odin Frost and Jordon Granberry, both 18, were told their sons would never be able to walk and would live in a 'vegetative state', if they managed to survive their early years. 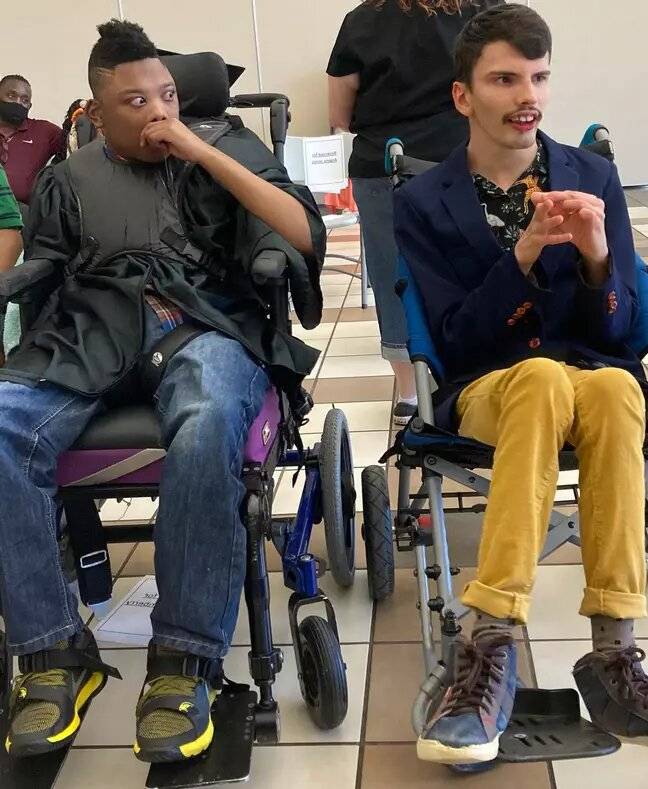 However, both the boys proved their doctors wrong the first time when they started school together at the age of 3 and even took an adorable picture to commemorate the moment. Now to mark this moment of graduation, the two recreated the throwback picture. Odin's dad Tim said: "My son and his best friend were both told their survival rate would be around 2 percent, that they'd never walk, and that they'd live in a vegetative state - if they made it past seven years.

"Both walked the stage and graduated. I was on cloud 19. I was so fricking proud of him. 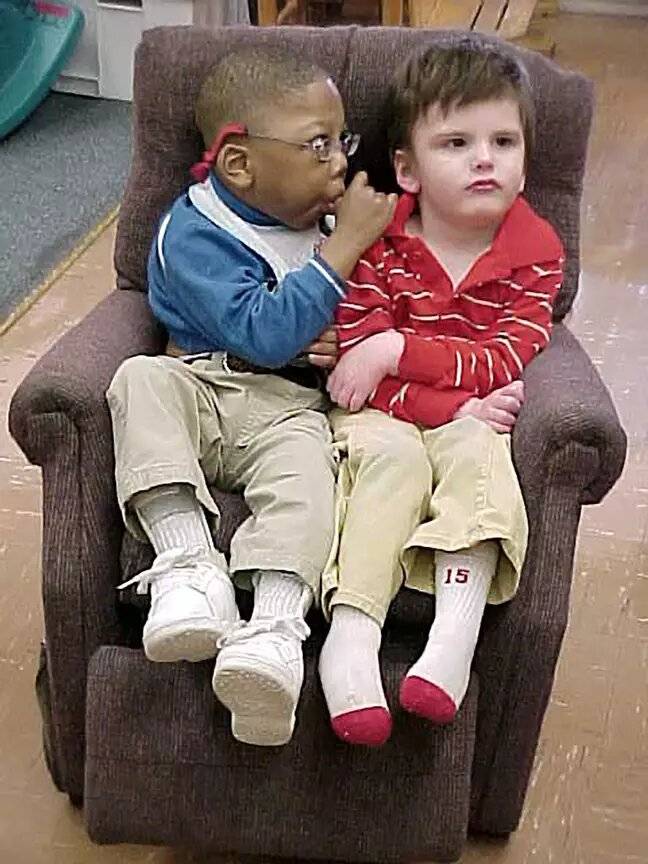 Odin's mum Deanda, had preeclampsia at the time she was pregnant with Odin and gave birth to him three weeks early with a bleed on the brain.

At his birth, doctors were not sure of Odin's diagnosed and warned the parents he wouldn't be able to walk or talk and that he had brain problems meaning his cognitive function wouldn't exceed that of the average-seven-year-old.

But Odin went on to completely beat all the odds and went to a school for children with additional needs and it was here he met Jordan. 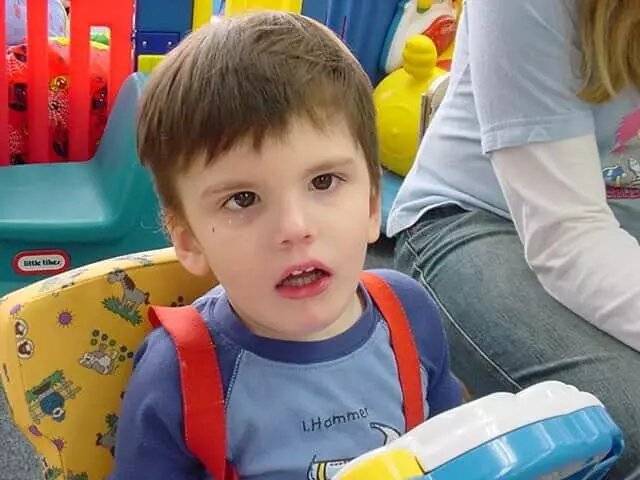 "They are fiercely loyal and protective of each other," Tim said. "They definitely feel a vibe together. If someone comes too close to Jordon, and they don't like the vibe, Odin will go into protective mode.

"They have a special connection that I don't know if the outside world would know what was going on."

Although they use wheelchairs for long term but both the boys have walked too. Tim says that while Odin doesn't speak very much he understands what's going on around him. 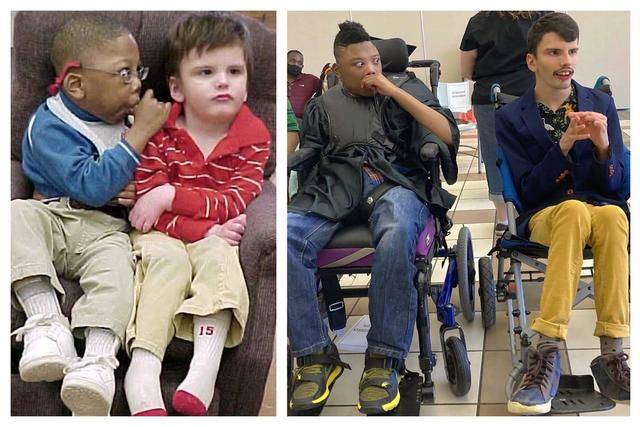 The happy dad shared snaps of the boys' graduation day on Reddit where they were flooded with praise and messages of congratulations.

Tim said: "We're more used to people being mean than being kind.

"People stare in public and kids make fun and the internet is usually one of the most horrible places.

"I was getting ready to defend him but it has just been kindness.

"My wife and I just lay there in bed reading the comments, and we were crying at how beautiful it is."