Posted by Annie N. in Entertainment On 26th September 2021
advertisement

“You won’t ever see it”: Billie’s Eilish’s thigh tattoo makes an appearance at the Met Gala after big reveal in British Vogue photospread. 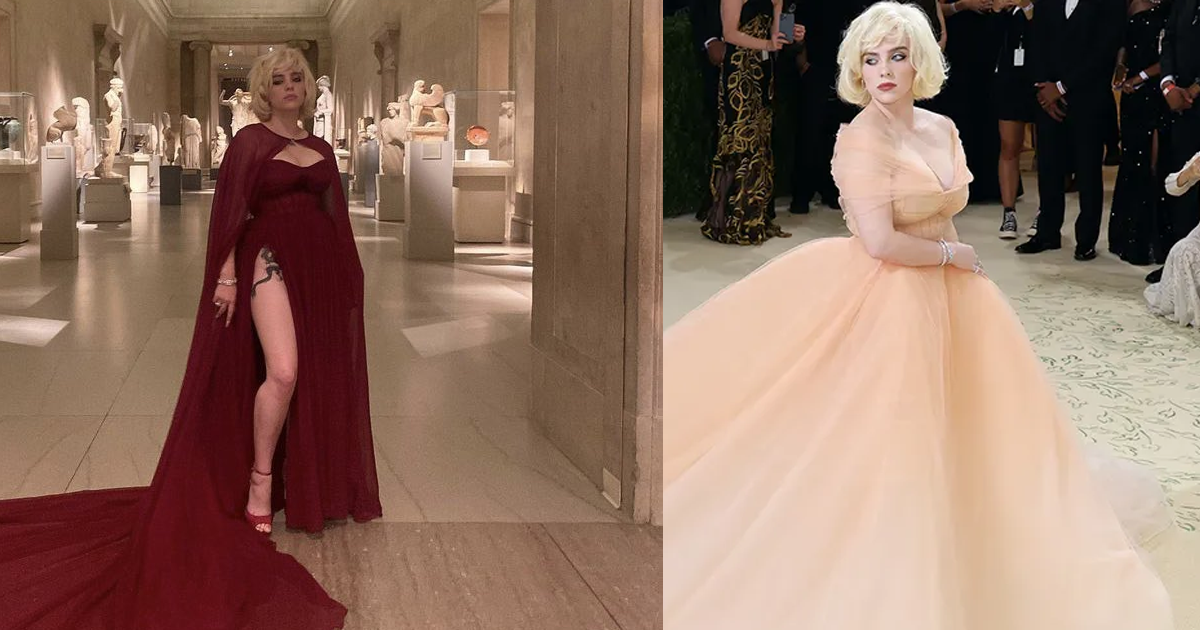 Billie Eilish is a beautiful young woman so it’s no surprise that people were swooning over her Met Gala look. The red classic gown with a thigh slit looked graceful and complimented her figure. 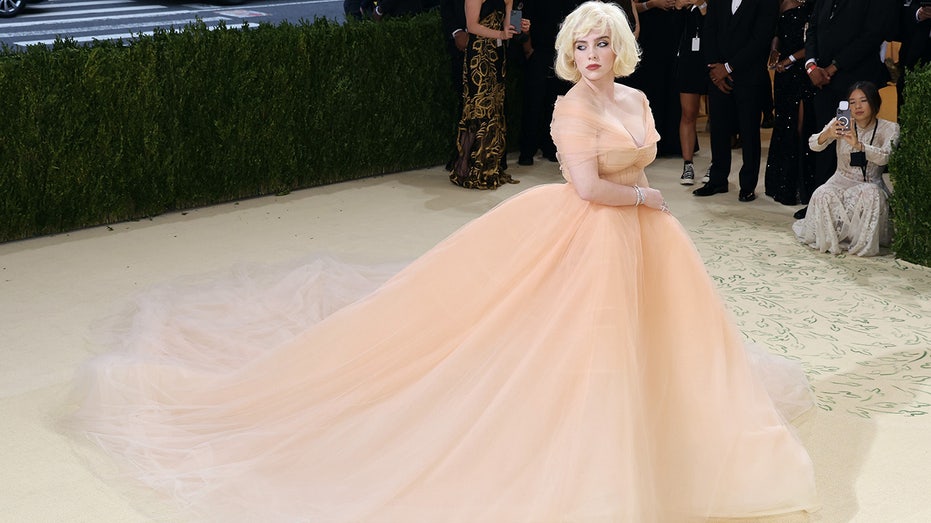 After looking a vision on the red carpet, she decided that an outfit change was in order.

.@BillieEilish has arrived! The 2021 #MetGala co-chair stuns on the red carpet, in a custom @OscardelaRenta look. pic.twitter.com/KmXEnZBZIc

When she revealed a picture of herself after the proceedings of the red carpet people realised that her secretive thigh tattoo was also making a quiet appearance.

The image in which she has moved her leg forward, revealing more of her upper thigh shows the bottom half of the tattoo peeking out from under her gown.

The 19-year-old had previously said that she would never reveal the tattoo and kept it under wraps.

“You won’t ever get to see it,” which was easily done under the baggy clothes and sweatshirts she had become known for.

It wasn’t until her British Vogue interview that we were finally able to see the tattoo in its entirety.

The tattoo which looks like a snake covers her thigh and moves upwards towards her abdomen and across her stomach.

While this tattoo has now been revealed and confirmed, fans speculate that there may be another across her chest. 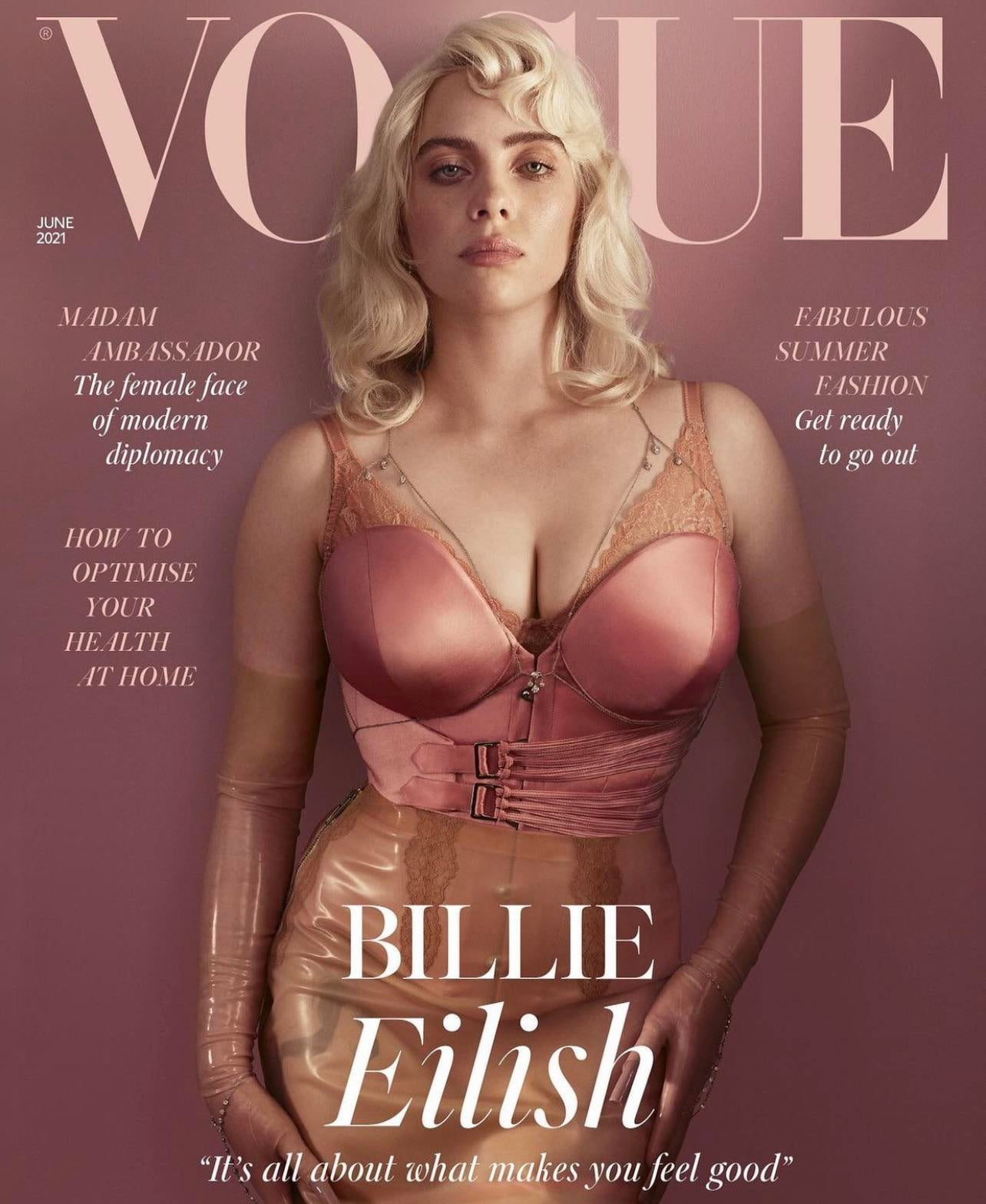 It is yet to be confirmed however whether it is an extension of the same tattoo or simply another one.

In the same British Vogue interview, she emphasized the importance of dressing however made you feel good.

“It’s all about what makes you feel good,”

Seeing this picture, fans were reminded of her tattoo which seems to often be forgotten about, given how secretive she is regarding it.

"omg i always forget about the tattoo"

omg i alwaus forget about the tattoo

Beyond her tattoo, however, people were also loving Billie's new transformation and loved her look at the event.