Posted by Sama in Bizarre On 25th June 2022
advertisement

Doctors in Turkey were left shocked after finding pieces of metal and shards of glass in a patient's stomach after he came to the hospital with complain of stomach pain. According to the surgeon, two of the metal nails had even pierced the patient's stomach wall and were present in his large intestine. The doctors have successfully removed all the inanimate objects. 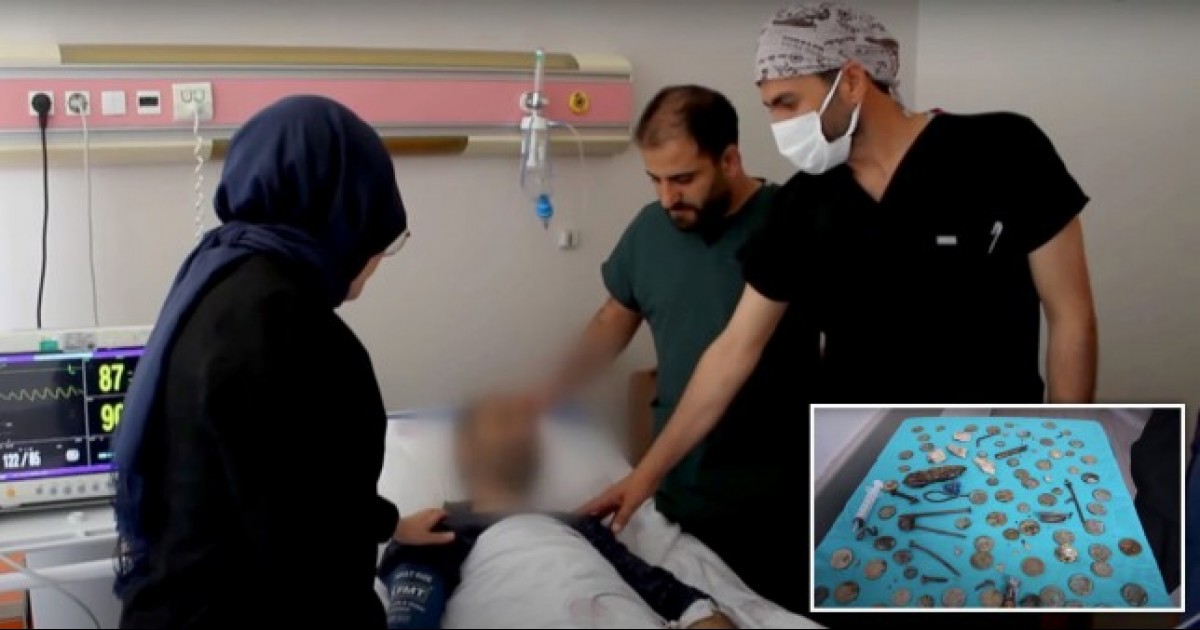 Doctors were left shaken after finding hundreds of coins, nails, batteries, and shards of glass in a man's stomach.

According to local media Burhan Demir – from Ipekyolu, Turkey – took his younger brother to hospital after he complained about abdominal pain.

However, when doctors performed an endoscopy with ultrasounds and x-rays, they were shocked to discover 233 items in the 35-year-old’s stomach.

Surgeons then removed all the items from the man's stomach.

One surgeon – named only as Dr Binici – said: ‘During the surgery, we saw that one or two of the nails had passed through the stomach wall. 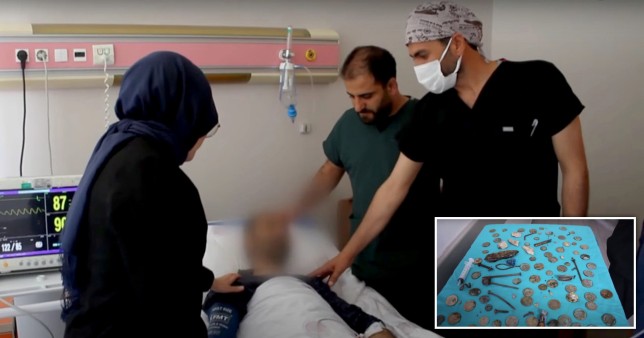 ‘We saw that there were two metal pieces and two stones of different sizes in the large intestine.

‘We found that there were batteries, magnets, nails, coins, pieces of glass and screws. We cleaned his stomach completely. 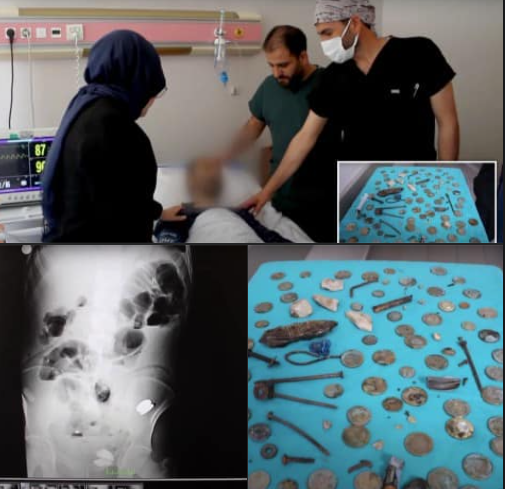 ‘It is not a situation we see in adults, it is mostly in childhood and unconsciously swallowed foreign bodies.

‘It can be seen in psychiatric patients, prisoners or abuse cases in the adult age group.’

Burhan told local media: ‘He was referred to this hospital. After the checks performed here, he was operated on and these objects were removed from his stomach.’

The story was published in the local newspaper on June 15.

Burhan added: ‘I thank the doctors for their attention and support.’