Bizarre Moment: A Dad Gets Punched And Kicked By Kangaroo As He Tries To Defend Children

Posted by Sama in Bizarre On 31st December 2020
ADVERTISEMENT

A clip has gone viral on social media that shows an Australian man getting punched and knocked to the ground by an angry Kangaroo. Recent bush fires in Australia have caused the Kangaroos and other animals to travel to suburbs in search of food and greenery. Experts say, in a situation like these when one encounters these animals, it is best to leave them alone as they could be dangerous. 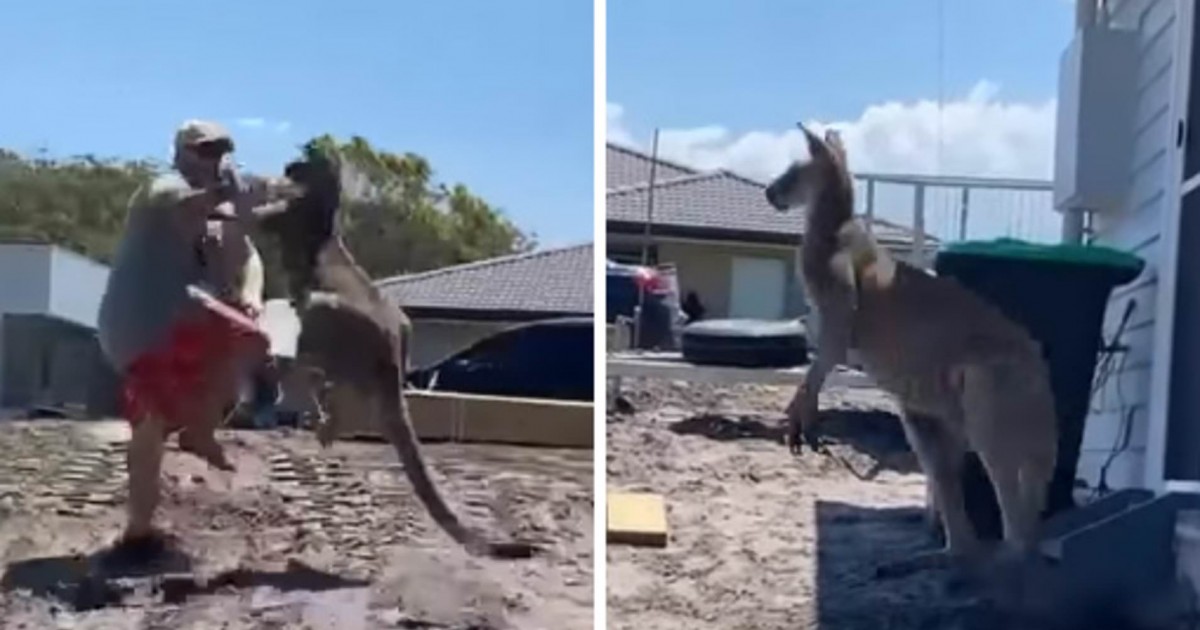 Frightening footage shows a dad getting punched and pushed to the ground by an angry Kangaroo in Australia.

The huge animal was busy in the front garden of Mitchell Robinson’s house at South West Rocks in New South Wales on Christmas Day. Mitchell then decided to move forward and distract the animal to make him leave. Reportedly Mitchell was doing this to protect his children. 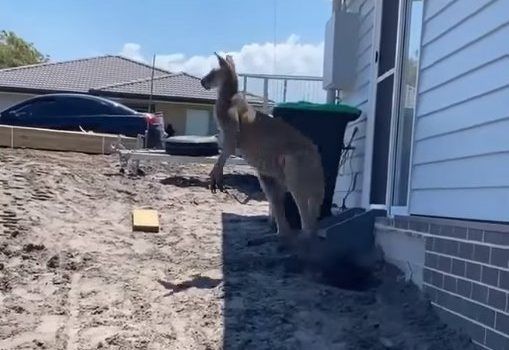 Apparently, the animal did not like Mitchell's intervention and angrily hopped to him and hit him in the face, pushing him to the ground and then hopping away.

‘It was just staring at him and he picked up something to try and shoo it away and as soon as he did that you could just see that it was going to go at him,’ family friend Tina Grace Rowe told 7News.

‘He was massive. He was a big male kangaroo with a big chest.’ 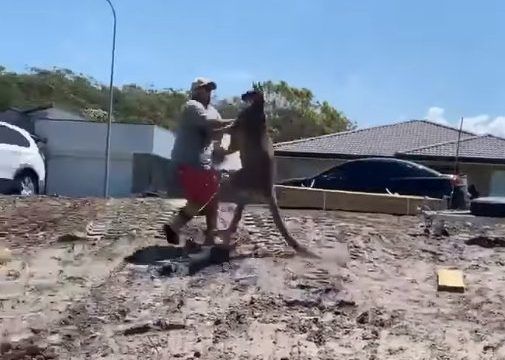 Mitchell couldn't really defend himself against the attack as he was already at a disadvantage. He had a broken arm. Thankfully he didn't suffer from any serious injuries.

It is reported that the growing kangaroo population is becoming a serious problem in the South West Rocks area, Australia.

Humans are to partly blame for this problem because of summer bush fires, more and more kangaroos are traveling to the cities in search of greenery and food. 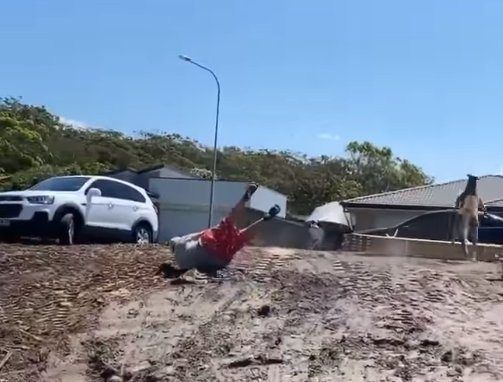 Animal experts say that in this situation it is better to leave the animals alone because they can be dangerous.

‘They have huge claws on their front hands that they will use to hold on with and then their back legs are all power for kicking, so they are covered with weapons,’ zookeeper Chad Staples, from Featherdale Wildlife Park, said. 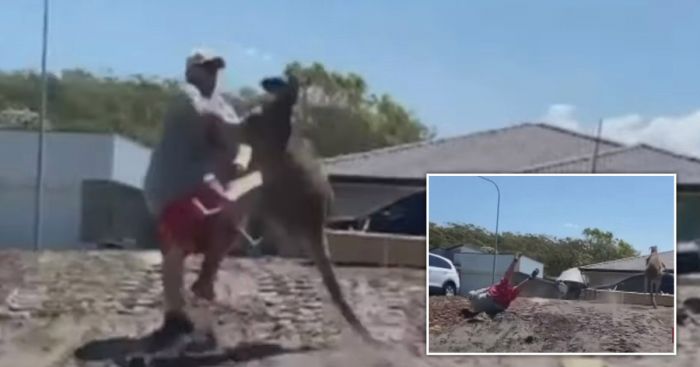 A few months back, one Australian man uploaded a video on social media of a high-octane kangaroo brawl on camera.

Charlie Riebolge, who hails from Mannum on the Murray River in South Australia, happened to witness this scene from outside his backyard and filmed it right on time. In the clip, the two animals could be seen putting a good fight with each other as they balanced themselves with their tails and hitting each other with their legs.

Internet was surely impressed by this video.

One person said: "Double back foot kick whilst balancing on their tails looks impressive."

Someone else wrote: "Never taking a backward step... this is why they're on our coat of arms."

Another said: "Can it get more Australian than that?" 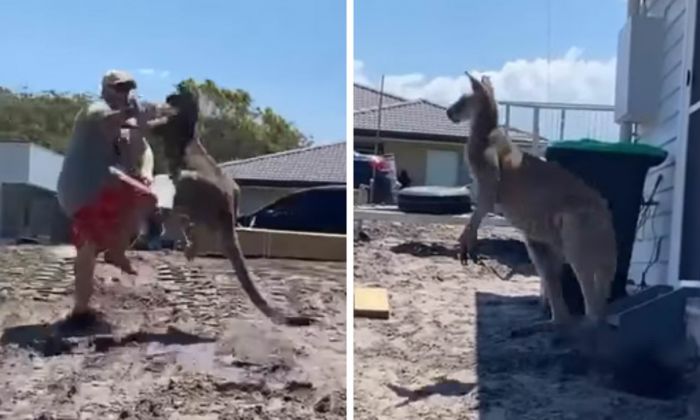