Imagine the bizarre scenario where you go to meet your date all excited and upon reaching you find half the restaurant filled with other potential suitors. Well, this man shares on TikTok his experience of this crazy happening and his story has gone viral for all the right reasons. 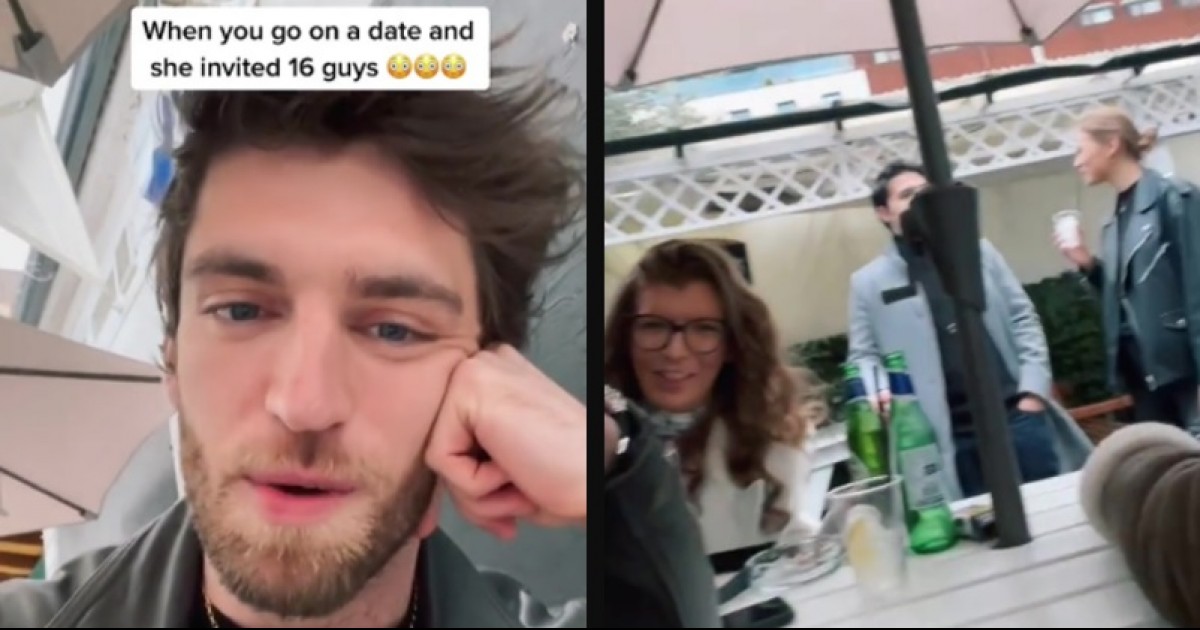 TikToker Pea Kay documented his encounter with a woman who he met via the app Hinge and shared a bizarre incident when he went to meet his date only to find that there 16 other potential suitors waiting.

Kay filmed the start of the bizarre evening, titling the recording ‘When you go on a date and she invited 16 guys’. 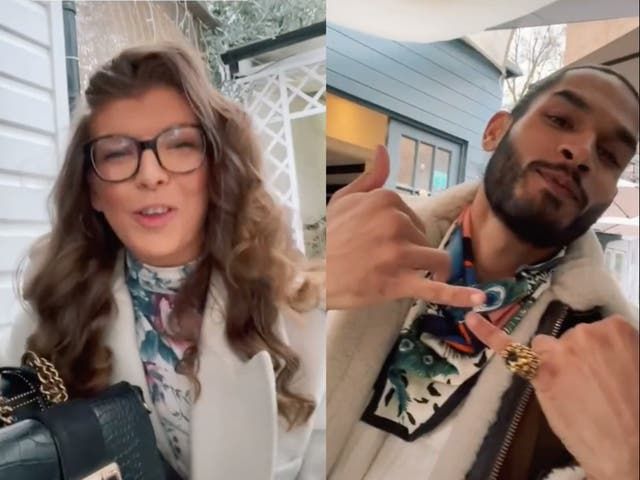 The video shows him standing in a pub garden baffled as he explains to his followers: “As you guys know I am pretty bad at dating, but I actually decided to go on a date, which I haven’t done in like a year, and this is what happened. This is not a joke by the way.”

Thought I would re-upload this. This actually happened 🙈🙈🙈 #Dating #Relationships #Jokes 

Confused, the man continues to look around to get more clarification on the situation, he then introduces the woman’s friend, who tells the camera: “I’m the friend, I was forced to be here,” before turning to “the date who arrived before him”. 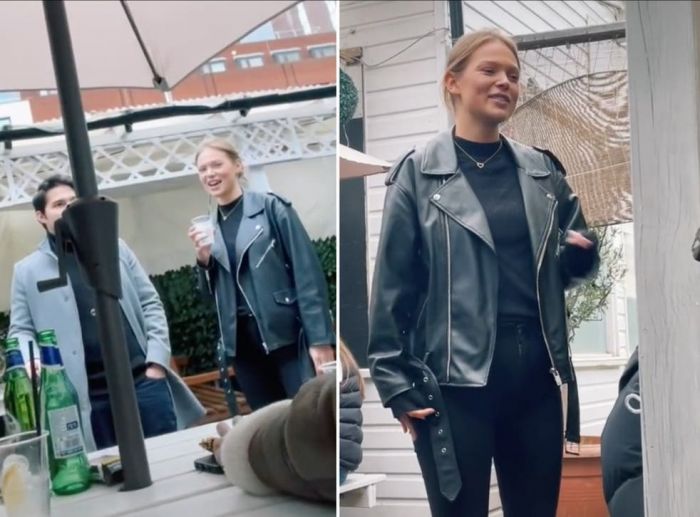 “So that’s the second person on the date,” he continues before panning to “person number three”.

He then zooms in on the woman who is the mastermind behind the surprise get-together.

Addressing her guests, she admits: "I invited everyone that I matched with on Hinge, so here you are. I hope you get along."

He continued to count and finally gave up to a total of 17, including Kay.

The bizarre and almost comical video has gone viral on social media with fellow TikTokers hitting out at the woman’s “arrogance and disrespect”.

One user commented: “Doing this as a ‘quirky surprise’ is so incredibly insensitive to others’ time and feelings. Feels v narcissistic.” 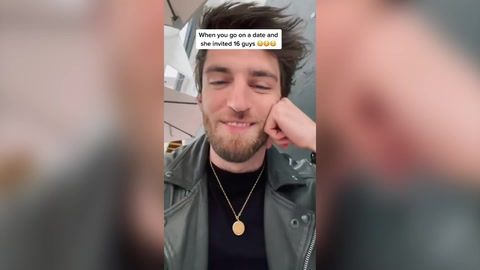 He then posted follow-up messages sharing the context behind the whole event.

Sharing the background event of the whole situation, Kay started from the beginning. He explained that he matched with the woman via Hinge two weeks before the bizarre evening.

She was unimpressed by his first message – which in his opinion was very, very funny. It read: “Hey, congratulations on matching with Pea, this is a fantastic achievement and, if you don’t get any further don’t worry, you’ve done a great job.”

She then replied saying: “Sorry, I didn’t even mean to like you, it was a mistake.”

Then, after a series of odd exchanges on Hinge and later on Whatsapp, she eventually invited him out for a drink. 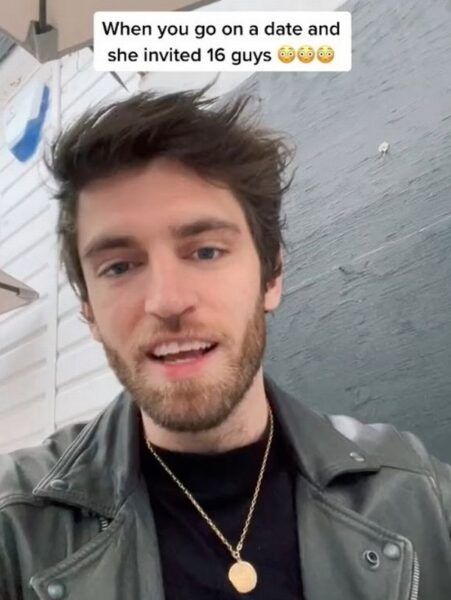 He then described the moment he arrived at the date: “I get there, and it’s her, her friend and a guy on the table and I was like, well, OK, this is not too bad - could have been worse,” adding that he assumed the other two were her friends.

He said the other man at the table initially claimed to be her “cousin” before informing him that he was actually just the first arrival of many. 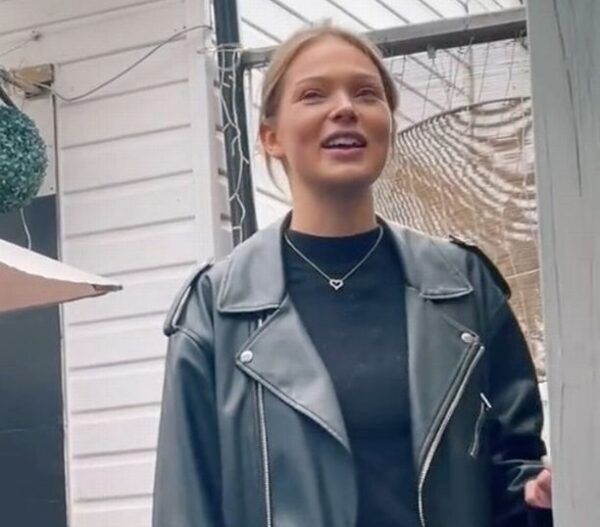 It then transpired that this was not destined to be a love triangle, but a whole 17-man love crowd.

Despite the bizarre “DIY Bachelorette” nature of the soiree (as one TikToker described it), Kay explained that he was getting on with the woman and thought he had a “good shot”.

However, he was informed that she had already kissed another one of her matches – a man whom Kay had assessed as not being a threat.

The series of videos ended with Kay answering the question: “Are you going to go on another date with her.”

“No,” he replied. “If I had any self-respect I would have left at that first moment I knew that this was basically some f***ed up dating situation.

“But being locked up for a year I kind of embraced the whole situation. So then even after all this s*** and the weirdest night of my entire life – or thereabouts – the next day I was texting her. Like wtf is wrong with me. Who does that?”

“And then, um, yeah, she didn’t reply. So now we’re back to the situation we started in where you completely ignore them and delete their number and never think about them again until I make a six-part story on TikTok…”

Trying to understand where he stood throughout the date, he added: “I think I came second to that guy who I didn’t think was a threat but was.”

Well Kay may not be lucky with this lady and this bizarre experience might have put him off for a while but given how his story went viral on social media, we can imagine he's now received more than a few more offers. 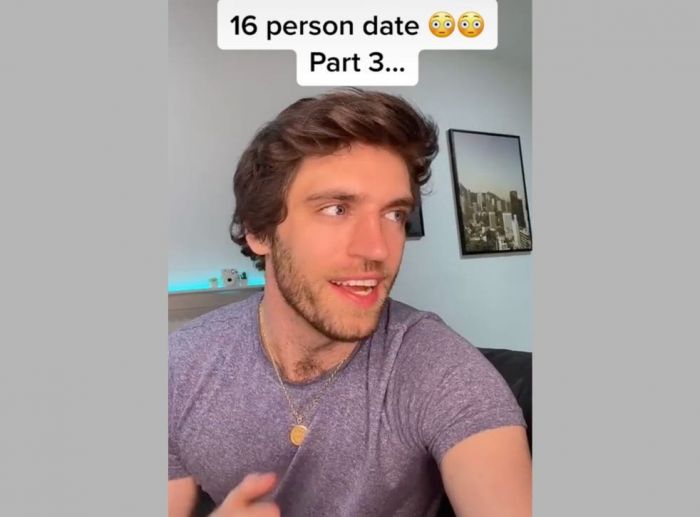