This guy had the most embarrassing proposal failure when he got interrupted by his mom in the middle way of the proposal just to tell him he cannot marry his girlfriend. The worst part? The cringe moment got captured on camera by the guy's dad and after watching the video, the internet surely had a lot to say. 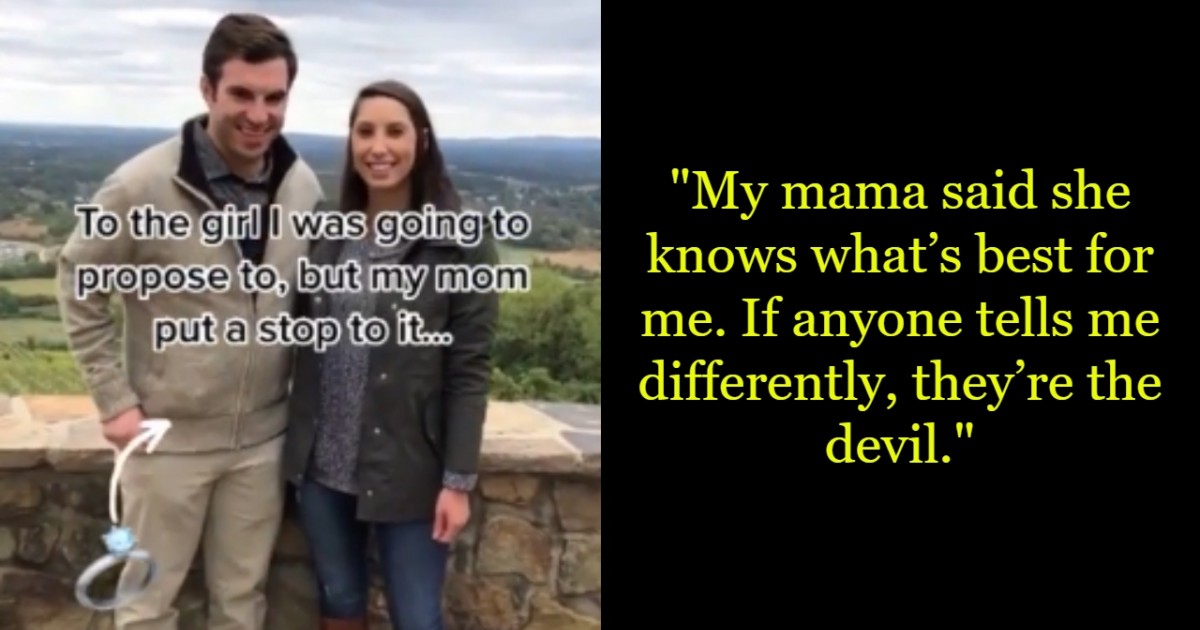 Imagine being all set to propose to your girlfriend and then being stopped by your mom in the midway in the most embarrassing way possible? Well, one shudders even imagining it, so just imagine what this poor bloke went through when this nightmare came true for him.

That’s exactly what happened to TikToker Dan (@catdaddan) when he decided to take the big next step to pop the question to his girlfriend. 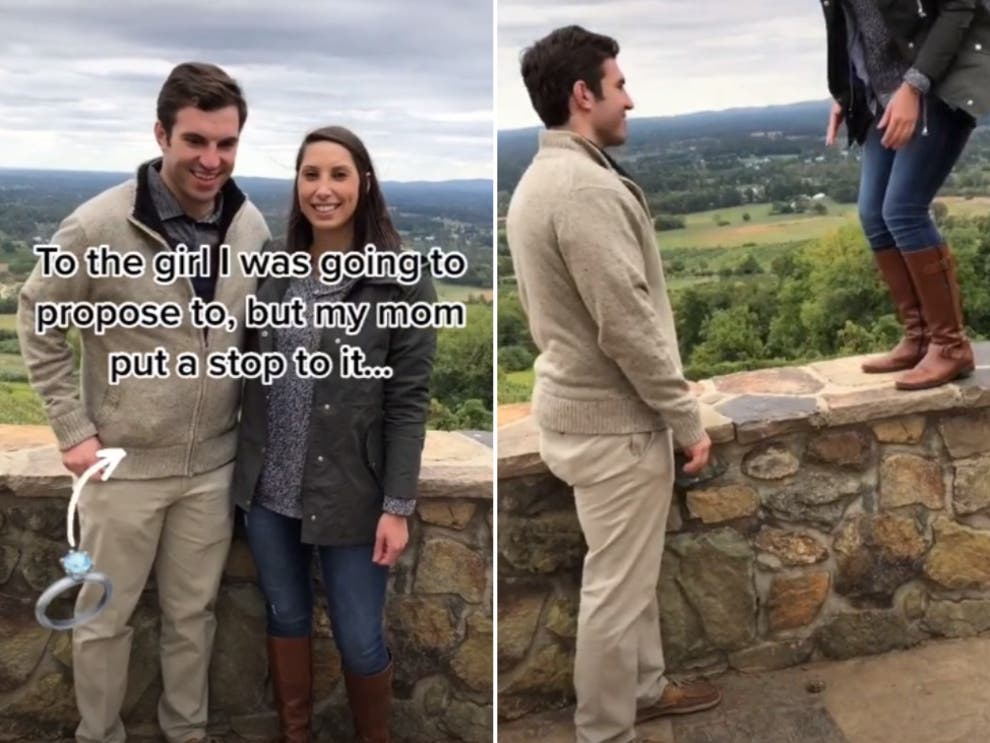 To make things worse, the whole incident was captured on camera by Dan's dad where the couple could be seen posing for a photo behind a low wall with countryside views in the background. 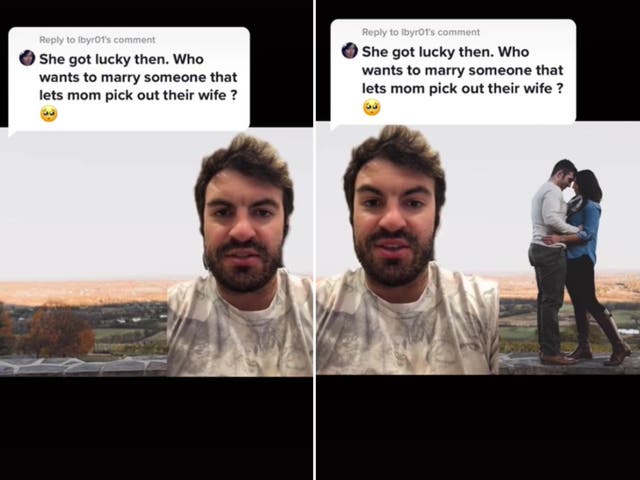 The embarrassing video shows just when Dan was getting ready to get down on his knee to pop the big question, his mother starts acting up and she is seen yelling: “Danny no, no, no!” as the clip abruptly cuts off.

In the TikTok caption, Dan shares details and wrote: “My dad didn’t know what to do, so he just kept recording.”

My dad didn’t know what to do, so he just kept recording ##illneverforgetyou ##goodmemories ##makemomepic ##fy ##proposal

Dan's dad was himself so embarrassed that he continued filming the video.

Well, the failed proposal has done one thing for Dan. It has made him famous as the video has been viewed 9.4m times with over 530,000 likes.

Many people took to the comments section to point out to Dan that it wasn't cool of him to pacify his demanding mom.

One person wrote: “She [girlfriend] got lucky then. Who wants to marry someone that lets mom pick out their wife?”

“Lucky girl [girlfriend]. She dodged a controlling mother-in-law and a husband with no backbone,” another person said.

Someone else added: “On another episode of mother’s in love with their sons.”

“So you just let your momma decide who you’re gonna be with?” A fourth person asked.

As the video got more and more famous, in a follow-up video, Dan provided more detail about the incident and said he didn’t try to propose in that moment “for obvious reasons.” 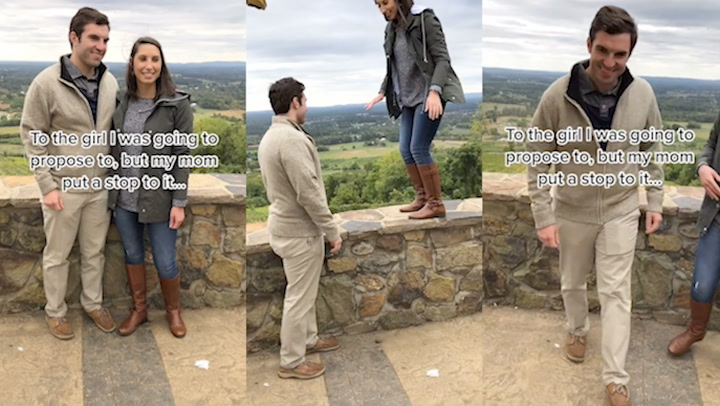 Dan also revealed that he and his girlfriend eventually got engaged and to 'commemorate the moment' the engaged couple went back to that place where they had failed the proposal and took some celebratory photos at that spot.

At least the couple got engaged, lets us now hope that they have a peaceful wedding. 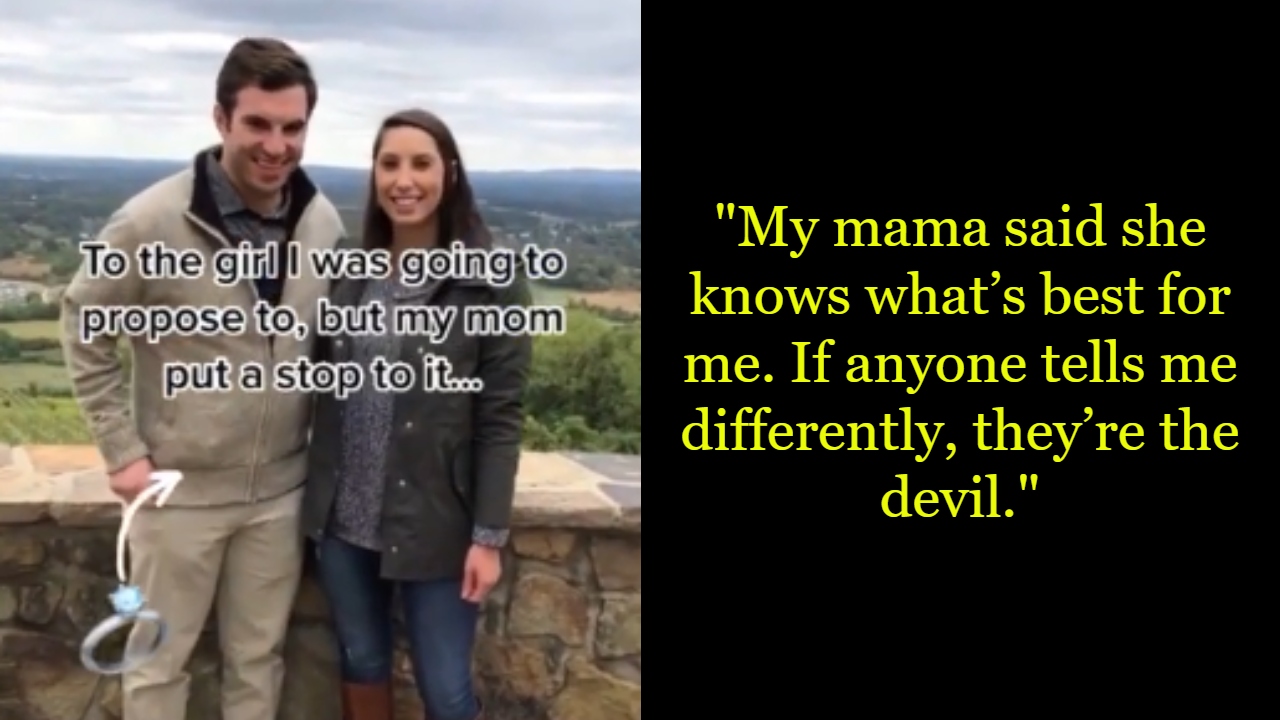