Posted by Sama in Cringey On 2nd August 2020
ADVERTISEMENT

A wedding is incomplete without some family drama and this video here is a perfect example of it. Watch the cringe moment when the mother-in-law interrupts the bride to tell her that her son has no flaws!

Weddings though labeled as the 'happiest day of life' for the groom and bride, it is also the most stressful day of life, one that faces its fair share of drama and action. I mean what is that wedding that does not experience some family drama, right? Take an example of this wedding here where everything was going perfectly but this mother-in-law realized that she didn't like the word combination of flaw and her son together and decided to call out the bride in the middle of the wedding. Some drama, right? 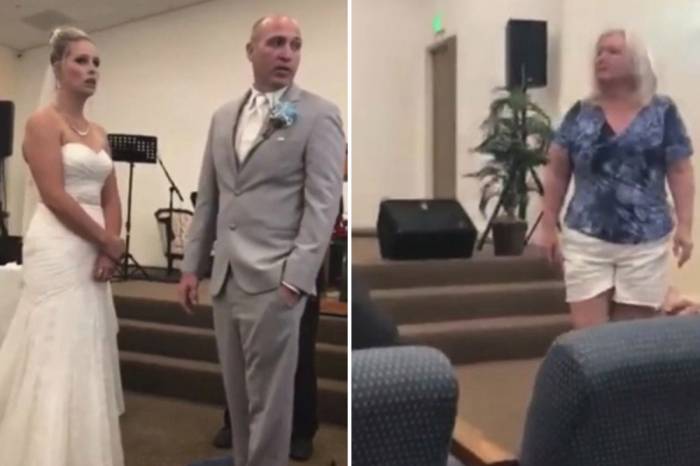 The footage was captured by the bride's sister Sarah Ragsdale from San Jose, California - and shows the moment the newlywed's big day was spoiled by a very rude mother-in-law.

Even though the footage is a couple of years old and the bride's sister shared it now but that didn't stop the bizarre video from going viral. Sarah recently uploaded the footage to TikTok, along with the caption: "My sister's wedding a few years ago. Her MIL has always hated her. She's just [one] of those MILs that feel my sister is taking her son away."

The mother in law literally got mad at the girl saying she’d love her son’s perfections and flaws. And he stood there and barely did or say anything to defend her pic.twitter.com/NSkYsRQoqb

In a second video, Sarah adds: "Her MIL sat there as they finished their ceremony. Went outside and waited until they went outside to take their wedding pics just to start s**t again."

In the footage, the happy bride could be seen exchanging her vows with her soon-to-be husband. However, just a few moments after completing her vows the mother-in-law decided to shout towards the altar directed towards her now daughter-in-law, aggressively telling the bride that her son has no "flaws", exclaiming: "You’re not going to say my son has flaws." 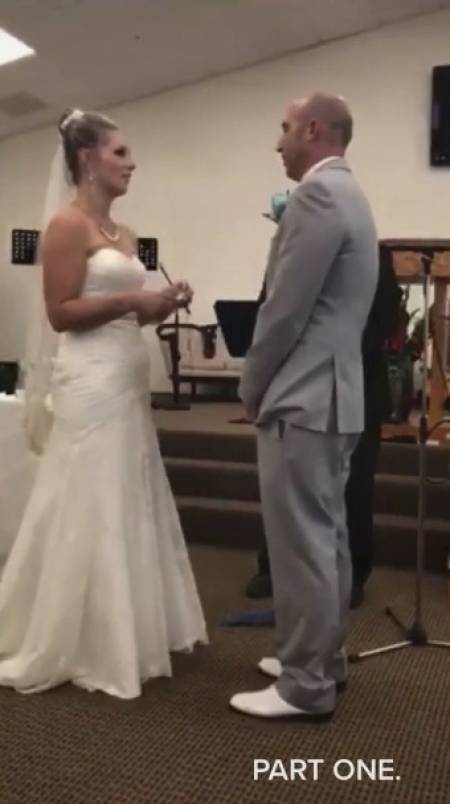 Though it seems like the bride expected some sort of scene from her mother-in-law as she quickly replied,"You can leave. You're not going to ruin my wedding."

But the livid mother-in-law further attempts to shame the bride, shouting back: "No, I don't have to leave, that dress you're wearing we paid for," and once again shouting: "You are not going to say my son has flaws."

The agitated bride once again responds: "Everybody has flaws and that's why I love him. You can leave. You can get out of my wedding now."

In the midst of all this drama, the groom looks the most helpless and continues to stare at the ground.

He can then be heard telling his mother: "You have the flaws right now. You don't know how to act like an adult."

The video ends with two people attempting to calm the mother-in-law down, telling her "it's not about you, she in love with your son, accept it."

After the footage went viral, Sarah once again took to TikTok to share a follow-up video on the happy couple.

"Because everybody's asking and it’s gone so viral, I just can’t even believe it. Update is they’re married, happy, they have a baby."

She also explained that she removed the video from her account out of respect for her brother-in-law.