Posted by Sama in Bizarre On 14th July 2021
ADVERTISEMENT

A disturbing incident uploaded on TikTok by one user, however, was deleted shortly after it showed one woman duct-taped to her seat while the flight attendants frantically tried to deal with her. Watch the clip and read the story and let us know if the situation could have been dealt with in a better way? 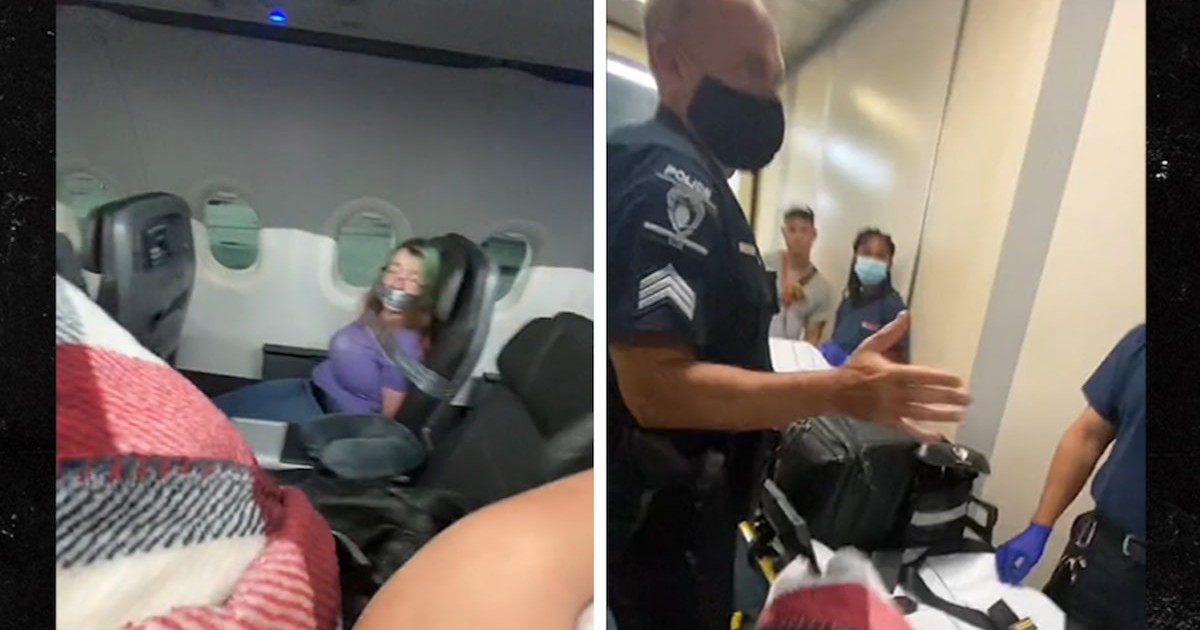 An absolutely bizarre video shows the extreme length flight attendees had to resort to deal with a woman suffering from a mental health crisis who had an episode aboard their American Airlines flight.

Business Insider reports that the video was originally recorded by TikTok user @lol.ariee, who has since deleted the originals and her follow-up videos explaining more about the situation. 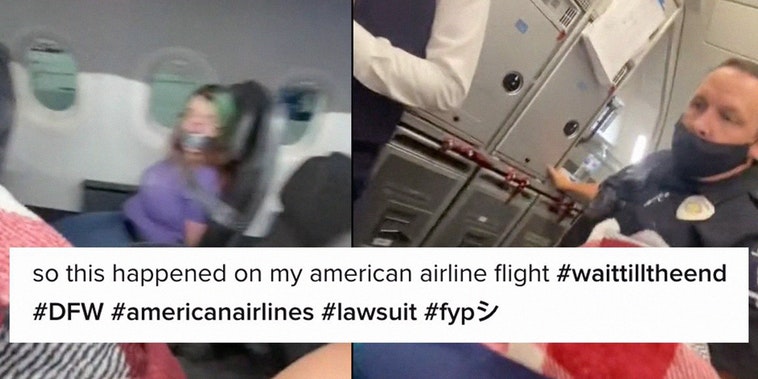 Reportedly, the woman was restrained on American Airlines Flight 1774 going from Dallas-Fort Worth, Texas to Charlotte, North Carolina.

The short TikTok clip shows a woman in a first-class seat and held there by duct tape. The woman seems to be struggling and screaming to get the attention of the other passengers exiting the plane.

In another deleted video, @lol.ariee said that the episode began about halfway through their two-hour flight, and that “all flight attendants were running up and down the aisles, frantically kind of like whispering to each other.”

The TikTok shares that they locked bathrooms and grabbing bags from the overhead bins and everyone on the plane could somehow sense that something weird was happening.

American Airlines passenger was duct taped to her seat after she tried to open the plane door, then bit a flight attendant. pic.twitter.com/nDsu3GWnOP

“It was just kind of like chaos and no one knows what’s going on,” she said. The pilot eventually advised everyone to stay in their seats due to a “bad situation” which has to be terrifying to hear on a plane. After the plane landed, the situation was met by police and a stretcher.

In a statement to Business Insider, American Airlines explained that the woman, “attempted to open the forward boarding door and physically assaulted, bit, and caused injury to a flight attendant. We applaud our crew for their professionalism and quick effort to protect those on board.” 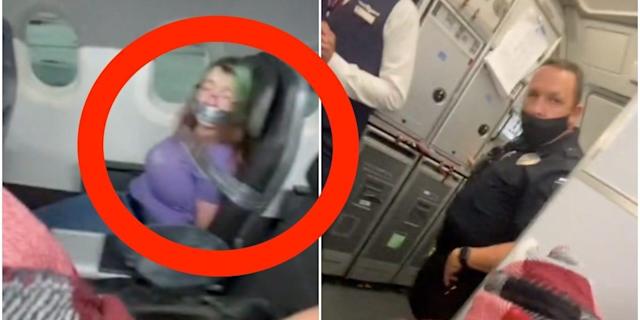 However, the TikTok user who shared the video had more compassion for the woman saying it seemed like “what was happening seemed like it was beyond the woman’s control. She was scared.”

“They should have a better way of going about it…I feel like it was handled poorly,” she added.

Not really sure what went down in that flight but it was clearly an upsetting event that could have risked the lives of other people on the plane but the plane management could have done better in dealing with the struggling woman. 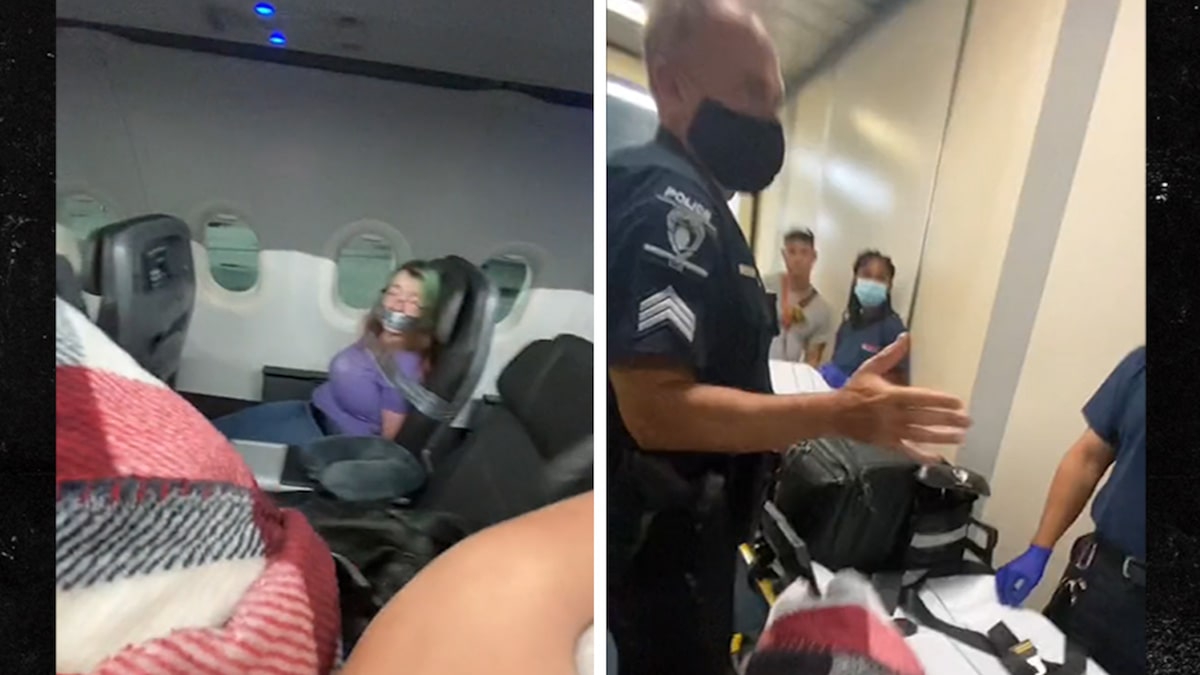