Posted by Sama in Weird On 26th July 2022
advertisement

Anthony Loffredo is the man who is on the mission of transforming himself into a 'black alien', and to achieve the look, the alien is debating on cutting off the part of his leg.

From getting two fingers sliced off, to his top lip removed and tattooing the majority of his body in black ink, Loffredo has been modifying his body since the age of 27. 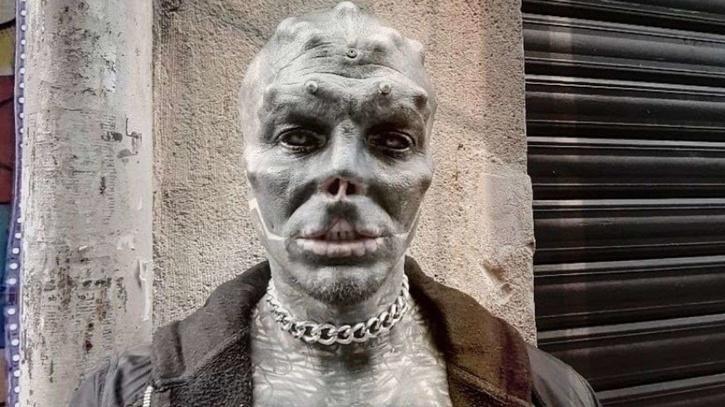 Though it seems like the man has almost achieved this goal, for Loffredo, the journey has only started as he has a lot of ideas in his mind regarding body modification procedures for the future.

In episode 116 of podcast Club 113, Loffredo revealed the next body modification he has planned is on his face again.

He's already had his nose and lips modified and ears cut off.

When questioned as to what happened to his ears, he said: "My ears. My friend keeps them." 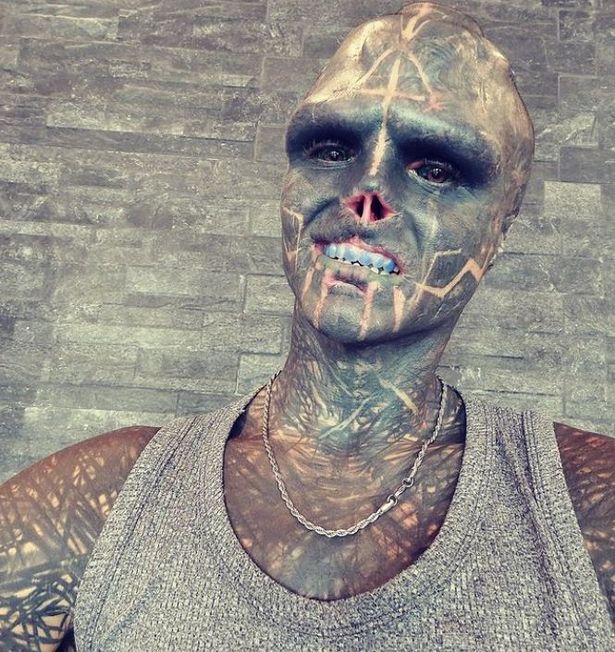 Loffredo also admits that he is looking to branch out from not only modifying his face but also his other body parts as he is contemplating whether he could chop off half of one of his legs.

However, he noted: "It's something really hard because I have a healthy leg and an amputation it's something big."

Loffredo clarified the amputation would be from his knee and that he is only thinking about having the procedure on one of his legs.

When asked whether or not he would then get a prosthetic limb to replace the lower part of one of his legs, the discussion led onto chips and other futuristic ideas for Loffredo's journey to becoming a 'black alien'.

He said: "I like everything surrounding this. It draws my attention, technology and the future."

Though Loffredo jokingly points out that technology has not always agreed with his ideas surrounding his body, as his phone no longer recognizes him so he can't use his Face ID anymore.

Loffredo documents his journey to becoming a 'black alien' on his Instagram account, updating followers as to how far along he is in the process of his 'evolution' and 'transformation', which are currently said to be at six percent and 44 percent.

Apart from all this, Loffredo has faced drawbacks from society too, including his own family and the public.

On an earlier episode of the podcast, Loffredo revealed he's had to face some extreme reactions, such as people shouting at him or running away from him in the street.

Even though Loffredo says he goes out of his way to make someone comfortable around him, such as by crossing the street, while also continuing to modify and change his appearance to find his own inner happiness too. 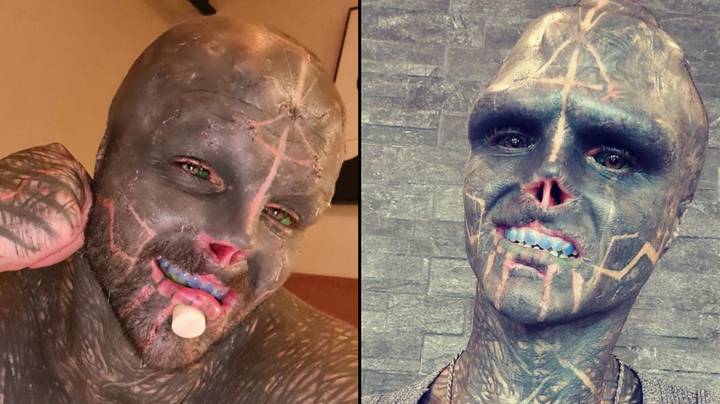