This Black man is suing police in Texas for $1 million after officers led him through the street with a rope. Per the Metro, Donald Neely, 44, was spotted asleep on the sidewalk by officers from Galveston Police Department in Texas in August last year. They later arrested him for trespassing. 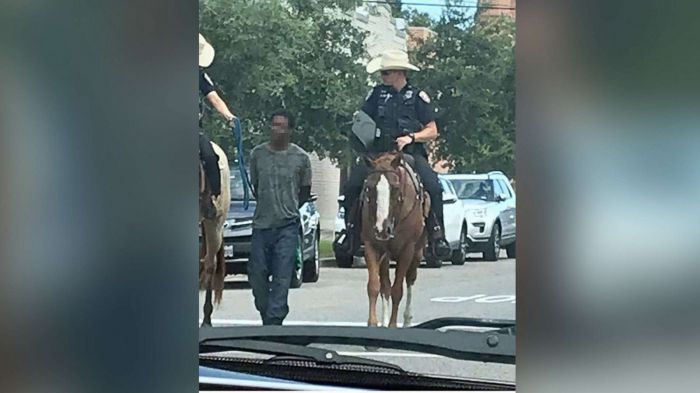 Neely is the black man who was homeless at that time and after getting arrested, the cops led him through the streets with a rope to a police staging area approximately eight blocks away.

The lawsuit was filed in Galveston County district court on behalf of the 44-year-old. It alleges that the way he was handled by police officers was "extreme and dangerous". It also states that he was affected physically and emotionally by the event.

Additionally, the Galveston Police Department was also accused of negligence. The lawsuit aadds that the officers should have known that Neely would have considered being led on the rope "as though he was a slave" offensive.

The lawsuit continued: "Neely felt as though he was put on display as slaves once were."

In bodycam footage taken during the arrest, an officer could be heard saying a couple of times that leading the man by rope would look "bad".

At the time of the incident, Galveston Police Chief Vernon Hale said that while the officers were not acting maliciously, the department will refrain from using such techniques in the future. 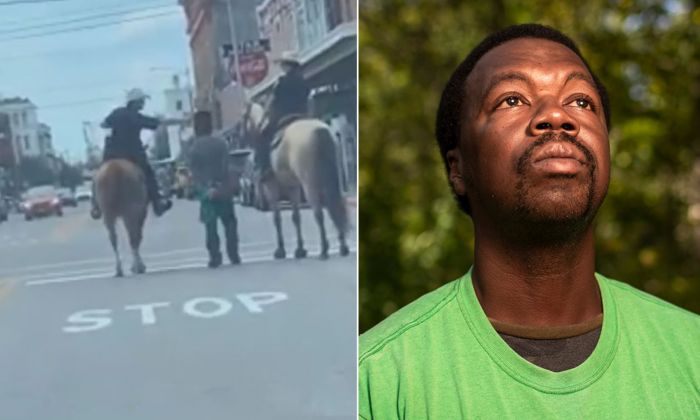 In a statement, he said:

"First and foremost I must apologize to Mr. Neely for this unnecessary embarrassment.

"Although this is a trained technique and best practice in some scenarios, I believe our officers showed poor judgment in this instance and could have waited for a transport unit at the location of the arrest."

Neely’s sister-in-law,  Christin Neely, has reportedly taken to social media to criticize the police department for treating him "like an animal paraded through the streets by two incompetent a**holes". 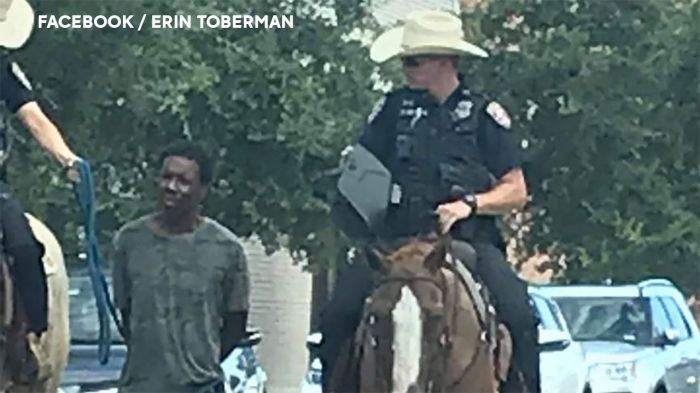 Leon Phillips, President of the Galveston Coalition for Justice, told The Houston Chronicle:

"All I know is that these are two white police officers on horseback with a black man walking down the street with a rope tied to the handcuffs, and that doesn’t make sense, period. And I do understand this – if it was a white man, I guarantee it wouldn’t have happened."