Posted by Sumaiya Ghani in News On 28th April 2021
ADVERTISEMENT

A disturbing video shows three officers pinning the black suspect on the ground before one of them started beating the man brutally. The suspect's attorney says ‘What I saw in the video was another George Floyd. My point is, why are we to this point anyway? This is a felony-type stop. Why are we asking these guys to get out of the vehicle? Why are we handcuffing them?’ 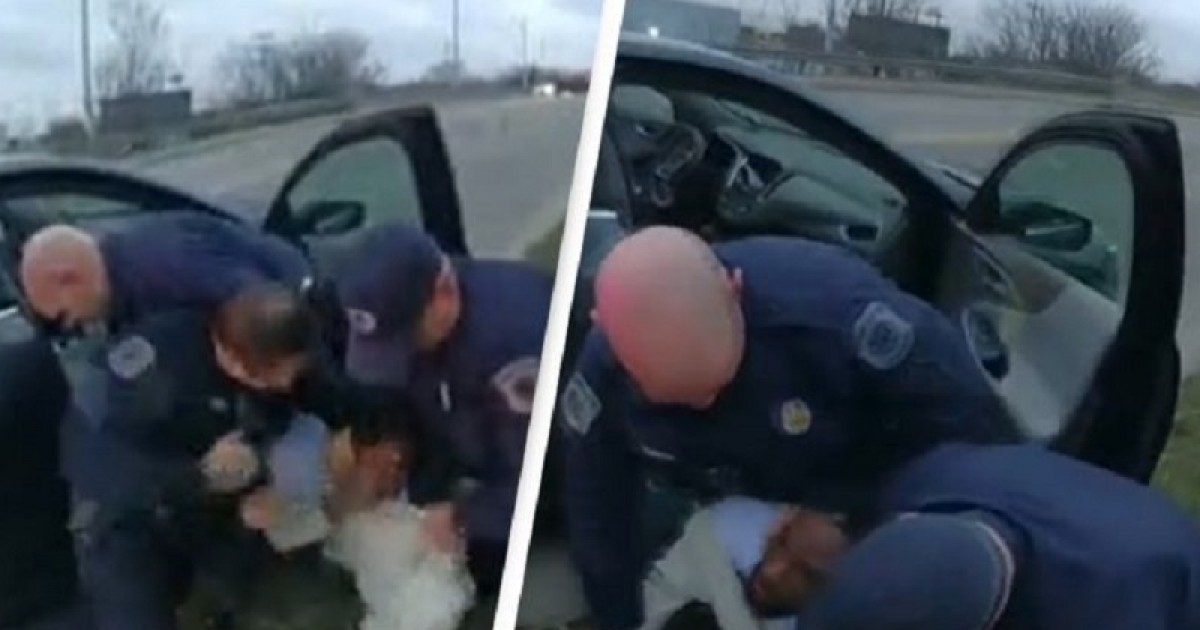 In an era where people are demanding justice for black lives, this viral footage of a white police officer beating a black man has outraged people once again.

The video shows not one but three police officers holding down a black suspect before one of the officers started throwing punches at the man already pinned down. 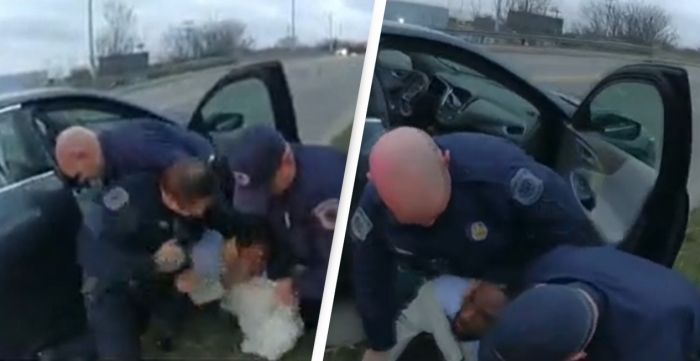 According to the reports, there was another black man in the back of the car and a Latino man in the passenger seat. Though the disturbing footage is from 26th March, it's now circulating on the internet after someone shared the footage on social media.

One officer saw the suspect stuffing something under the seat

According to the Wood TV reports, "Officers in several different squad cars allegedly pulled the vehicle over for littering. Apparently, upon approaching the vehicle, an officer saw one of the suspects stuff something under their seat."

This made the officers asked the driver named Diabate Hood to get out of the car. The footage shows Hood asking the officers is it necessary to step out of the car as he had already given his license to them. The driver, Hood, also didn't tell the details about the two other men in the car.

When one of the two passengers looked like getting out of the car, the driver then stepped out but the officers immediately pinned him down on the ground. The footage shows the black man being punched repeatedly by one of the officers. 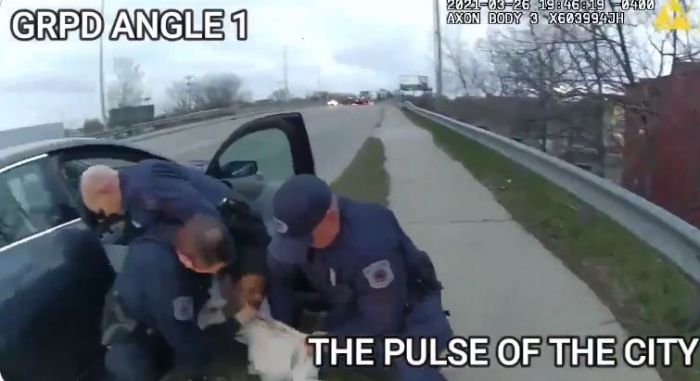 The three men are accusing the police of discriminatory practice

Now the three men are accusing the police of targeting them for suspicion of crime based on their race.

According to the Wood TV, Chief Eric Payne said;

"This is the police work that I expect from my personnel. I have made the enforcement of violent crime and the recovery of illegal firearms one of the department’s top priorities." 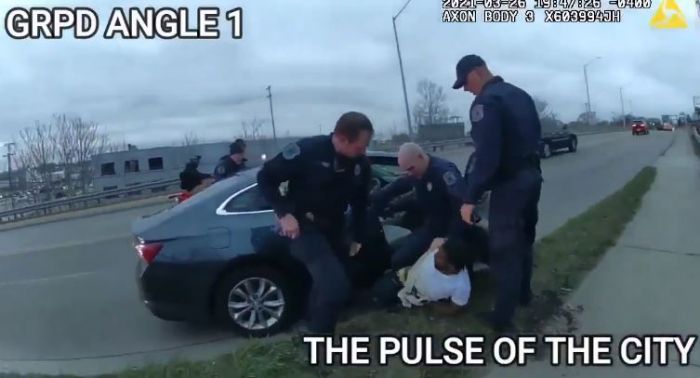 Hood's attorney refers to it as another George Floyd case

The police report that four weapons were discovered from their car.

He said, ‘What I saw in the video was another George Floyd. My point is, why are we to this point anyway? This is a felony-type stop. Why are we asking these guys to get out of the vehicle? Why are we handcuffing them?’

Attorney Bynum also told one of the officers in the footage can be heard saying Hood was 'lucky' that he wasn't dead.

On the other hand, Hood is angry and is planning on filing a lawsuit against the officers and their department.