Black Woman Refuses To Let Pass A White Flight Attendant, And Yells At Her: ‘Wake Up, It’s 2020!... You Don’t Have White Privilege Over Me’

A recent video that went viral shows a black woman bluntly refusing to give way to a white woman because of ‘white privilege.’

The video was captured inside the cabin of a plane where this woman showed obnoxious behavior and didn't let a white flight attendant pass in the aisle. 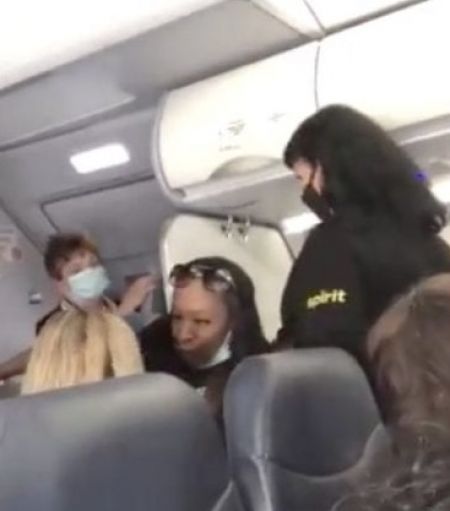 Won’t let anyone pass her in the aisle cause that would be ‘white privilege’. pic.twitter.com/je5BV3FJEG

Another woman, who was sitting close to where the black passenger was standing, got involved in the argument.

The black woman started yelling at her;

“You are white privilege, you are not my boss. Sit down.” 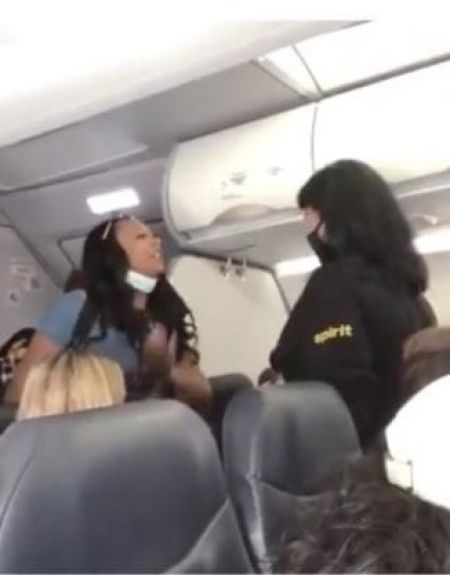 “You don’t have privilege over me.”

When the first woman she argued with, asked her can she go to the bathroom, the black woman told her to shut up.

What is not clear is why the woman was asking for her permission. She could have just turned around and gone to the bathroom as there was no one in her way.

The white flight attendant told the woman she would call cops, the black woman didn't get scared. Instead, she called herself a queen.

“I’m a Queen, California; she was from a black queen.”

The flight attendant told her she needs to get to her door, the black woman didn't listen.

“You need to understand, you don’t run America no more, sweetheart.”

Almost everybody around them was recording the argument, what was surprising is that the black woman also didn’t head to the bathroom.

Many people, including black, started laughing at the woman for her 'pointless argument.'

The black woman then said that the white people are going extinct because of their color, ‘so that’s why you are mad.’

She even started referencing  Darwin’s Theory.

The police officer then walked to her and took her to the exit, she started complaining to the officer about how tired she’s of white privileges.