Few days into 2021 and a tragic incident reported in Indonesia when a passenger plane Boeing 737 carrying 62 passengers disappeared a few minutes into the flight after plunging from a height of 10,000 ft. Search and rescue operations are underway and the family and friends continue to pray for a miracle for the safe return of their loved ones. 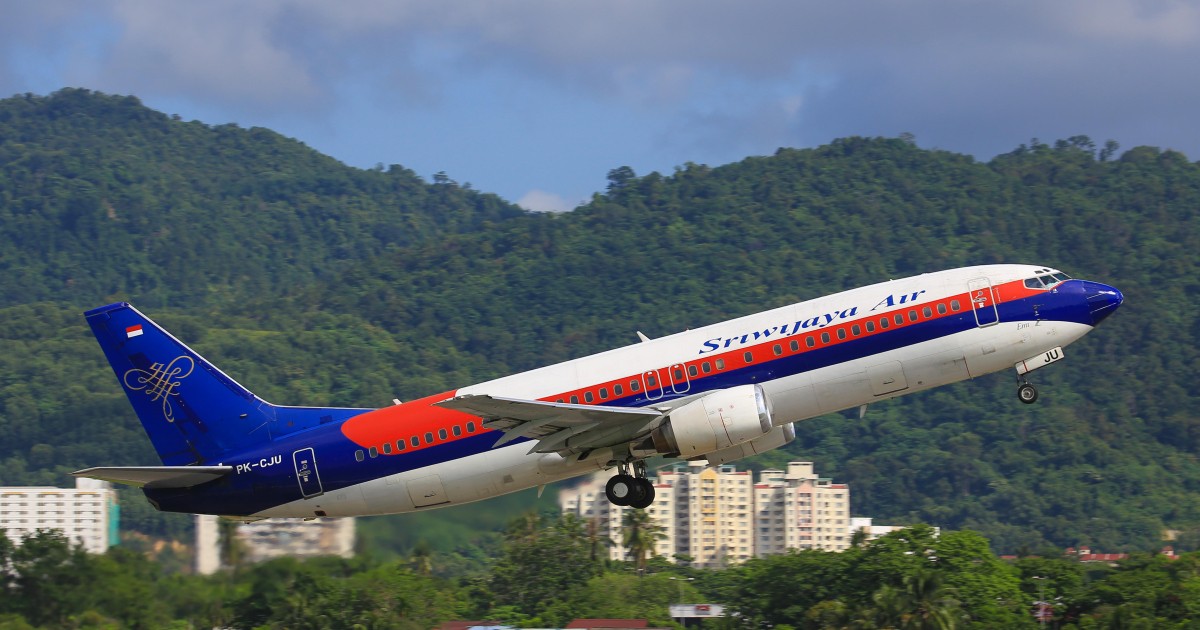 A heartbreaking incident reported where a Boeing 737 passenger jet with 62 people on board disappeared after taking off and disappeared over the sea after plummeting 10,000 ft into the sea. The plane took off from Jakarta.

Sriwijaya Airplane took off from Soekarno-Hatta international airport on Saturday for a reportedly 90-minute flight over the Java Sea between Jakarta and Pontianak in West Kalimantan - Indonesia's section of Borneo island. 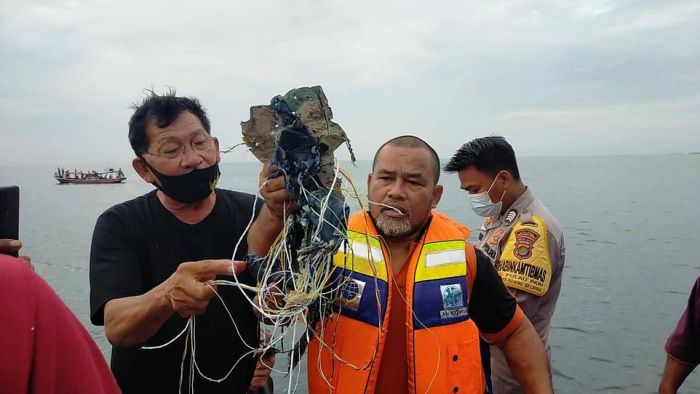 However, just four minutes after the takeoff at 2:40 pm the airplane plunged at the height of nearly 11,000 ft, and in less than 60 seconds at an altitude of 250 ft, it disappeared.

Reportedly 62 people are on the plane, including 56 passengers, three babies, two pilots, and four cabin crew.

The missing 26-year old plane is the older version of the Boeing 737 MAX jet that was also involved in tragic incidents including the fatal crash of the Indonesian Lion Air crash in 2018 which killed 189. 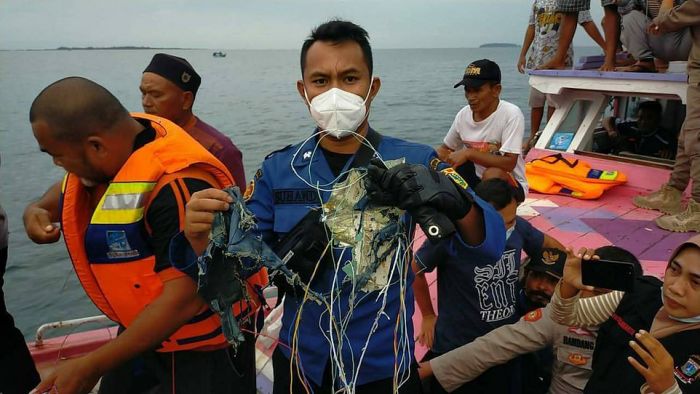 The rescuers of the flight have reportedly found suspected debris of the plane and the loved ones of the flight are bracing themselves for the worst news. Locals of the nearby island say they also heard two explosions before they found metal pieces, cable wires, and piece of jeans floating in the sea.

A spokesperson for Boeing said: 'We are aware of media reports from Jakarta, and are closely monitoring the situation. We are working to gather more information.' 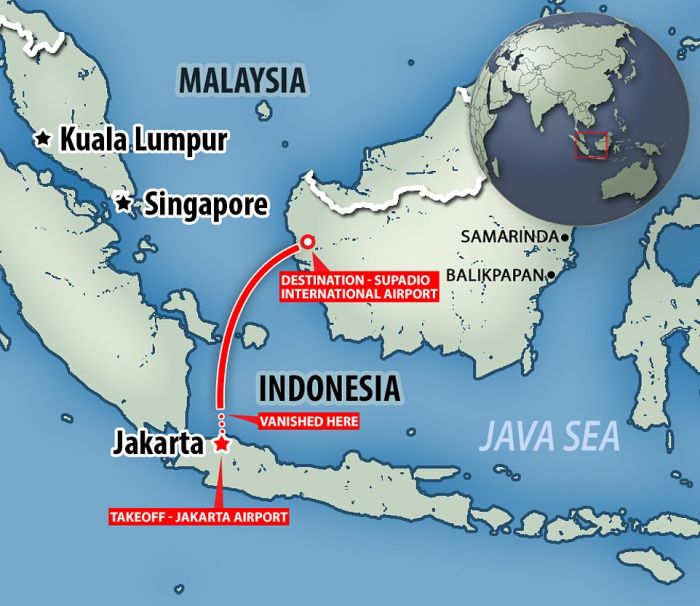 Indonesian Transportation Ministry spokesperson Adita Irawati said the Boeing 737-500 took off from Jakarta at around 1:56 pm and the control tower lost control at 2:40 pm.

She said: 'A Sriwijaya (Air) plane from Jakarta to Pontianak (on Borneo island) with call sign SJY182 has lost contact. 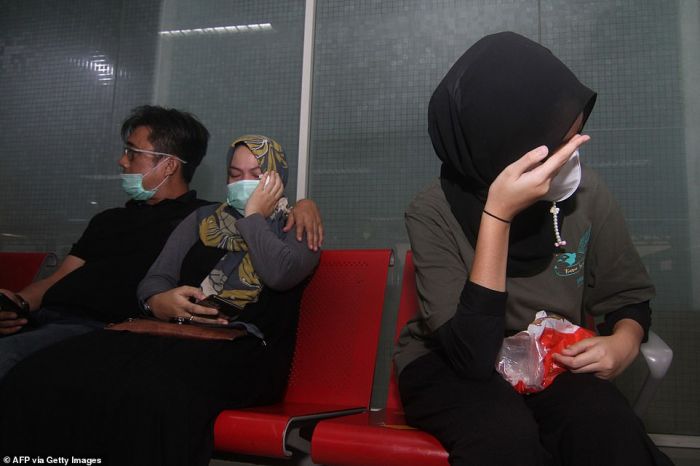 An official statement released confirmed that the plane that was set for a 90-minute flight and carrying 62 passengers disappeared only few minutes into the flight.

A search and rescue operation is underway in coordination with the National Search and Rescue Agency and the National Transportation Safety Committee.

Several vessels including warships are deployed in the rescue and search operation centered between Lancang island and Laki island. 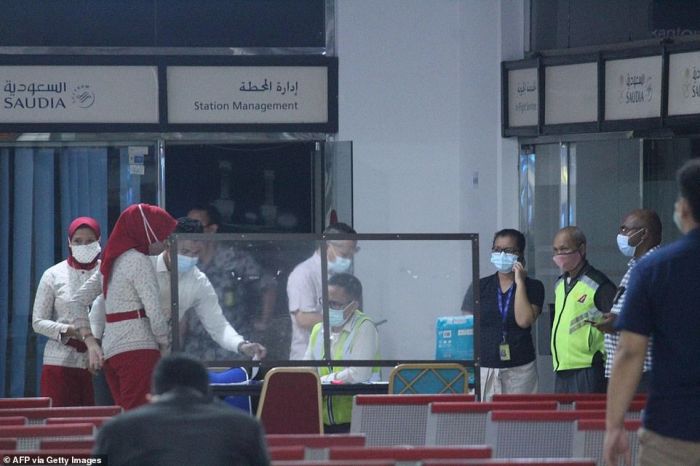 Heartbreaking footage from the airport shows family and friends of the passengers desperately praying, weeping, and hugging each other hoping for some news on their loved ones.

Back in 2018, another tragic incident happened where a Lion Air Boeing 737 MAX jet slammed into the Java Sea about 12 minutes after take-off from Jakarta on a routine one-hour 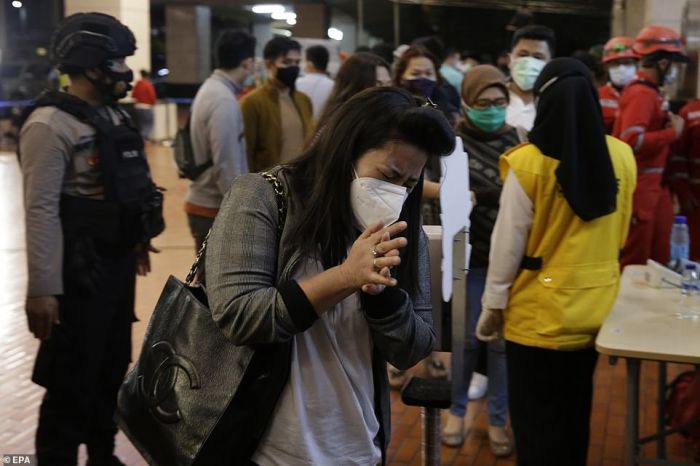 For a long time, Indonesia has suffered from poor reputation over safety concerns of its aviation sector and it was also banned in the USA and Europe.

In December 2014, an AirAsia flight from Surabaya to Singapore plunged into the sea, killing 162 people. The official pilots' inadequate response.  investigation report revealed the cause behind the fatal crash to be poor maintenance of the pane, faulty component in a rudder control system, and 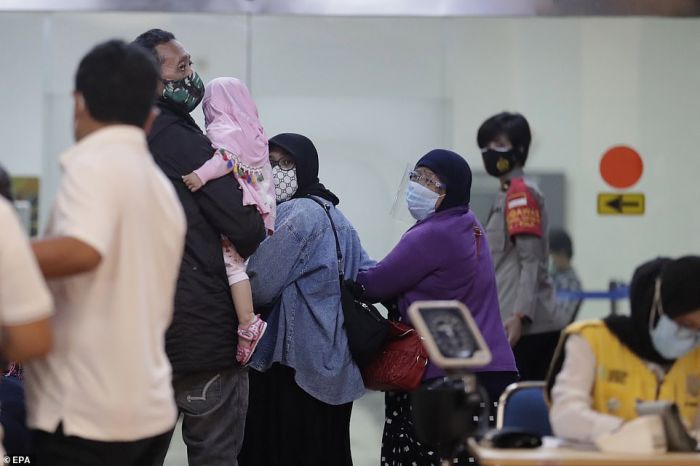