Posted by Sama in Feel Good On 15th November 2020
ADVERTISEMENT

A video circulating on social media shows a brave man swimming through dangerous floodwaters to save a stranded hound. People on social media are appreciating the brave for his selflessness and many call him a hero. 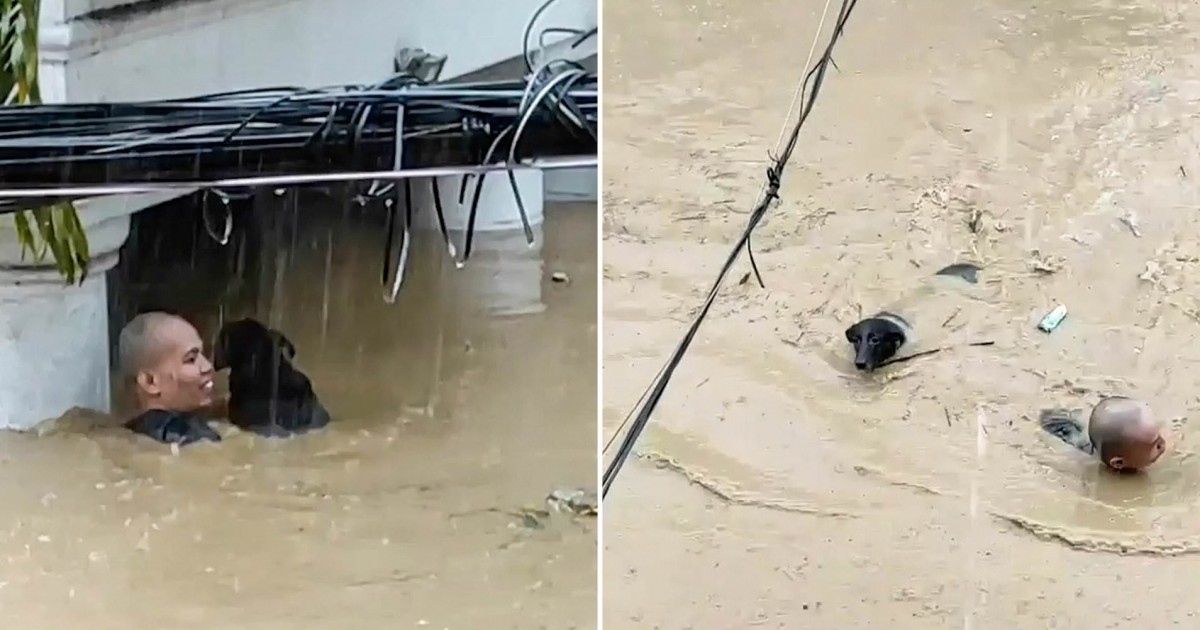 A heartwarming moment was captured on camera when a man swam through six-foot deep floods to rescue a stranded dog.

The poor hound was seen flailing through the water outside a house in Marikina City, one of the worst-hit parts of the Philippines after Typhoon Vamco made landfall in the country this week.

The video shows a man risking his own life by swimming through the muddy torrents to where the barking hound was trapped. 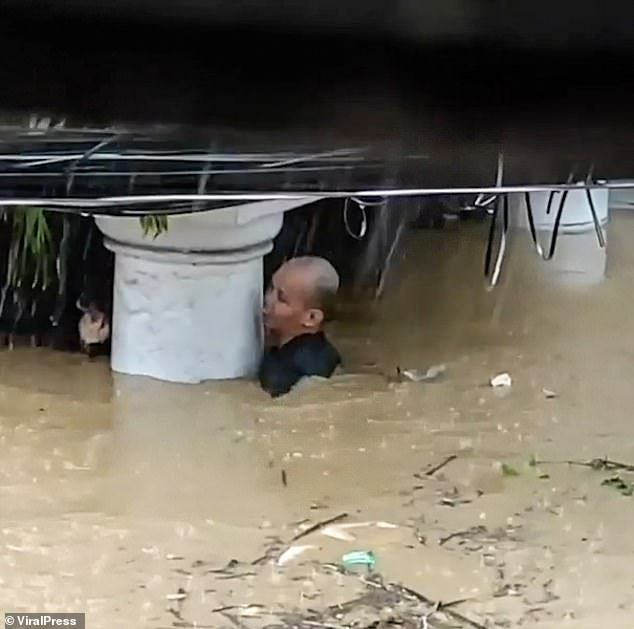 The man is seen hanging onto a white pillar as he uses his other hand to reach the distressed hound.

Only a few seconds later both the dog and the man emerge from the water and they both swim through the floods with their heads barely above water, to a nearby building, where locals were sheltering.

Internet lauded the man for his selfless and brave act to save the distressed dog.

Onlooker Sheryl said: 'I really admire the man because of how bravely he rescued the trapped dog from the flooded house.'' 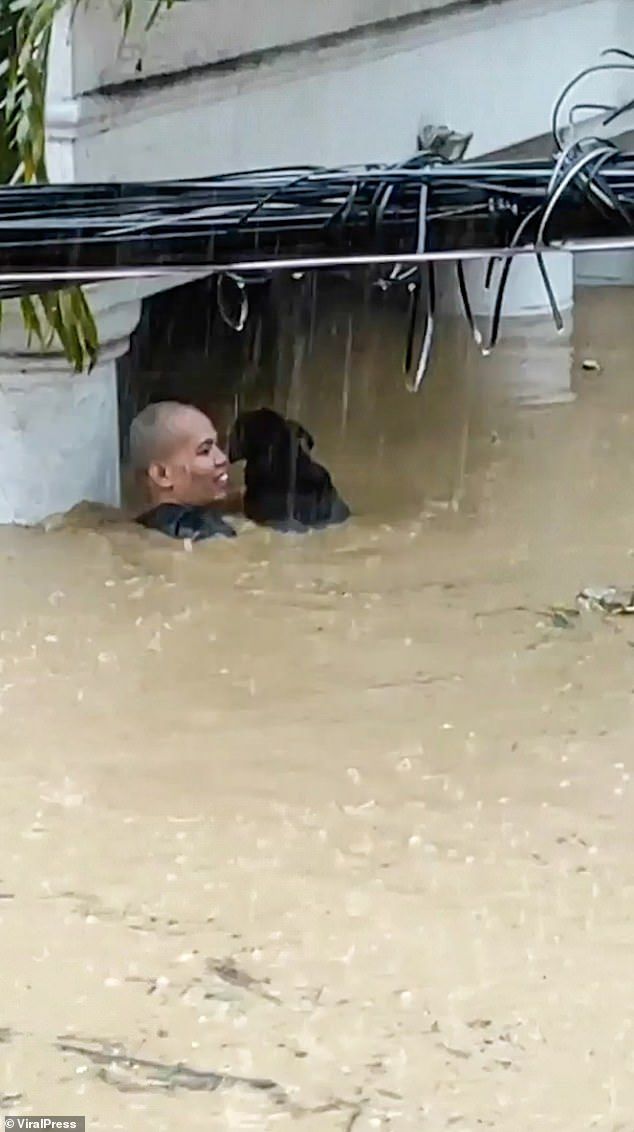 The scary event came as winds of up to 80mph smashed into the region on Wednesday night before dumping rainwater across the capital Manila. Marikina City was the worst-hit part of the capital region.

Typhoon Vamco made landfall in the Quezon province on Luzon island on Tuesday evening before moving towards Manila, home to more than two million people. 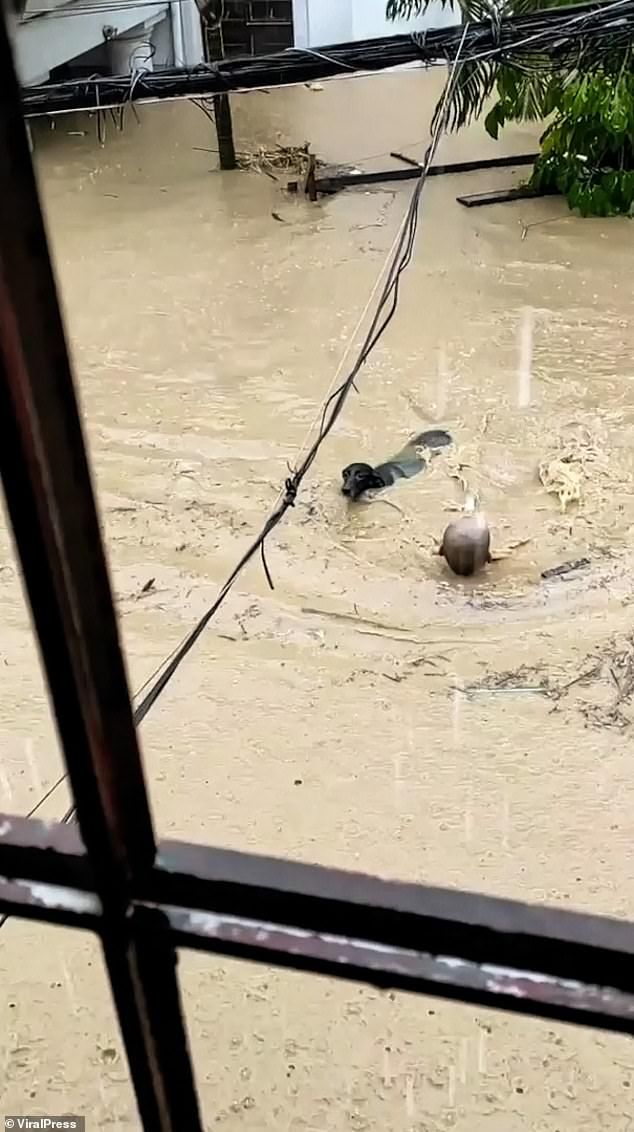 The disaster is the Philippines' 21st tropical cyclone for 2020.

The Philippine Atmospheric, Geophysical, and Astronomical Services Administration said Vamco was a Category Two typhoon and made a 'signal 3' warning, with signal 5 being the highest. 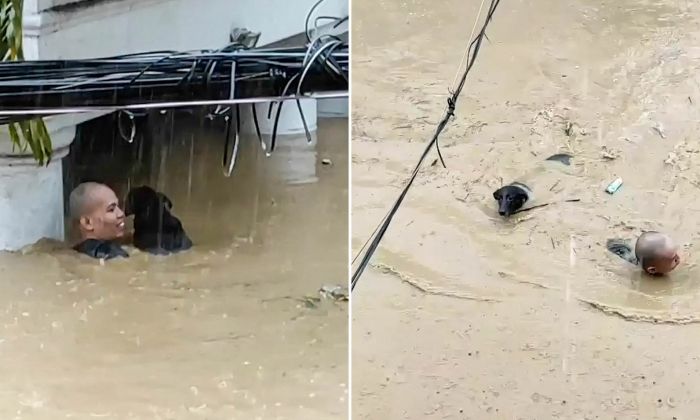 They warned of 'heavy damage to high-risk structures' and 'increasing damage to old, dilapidated residential structures, and houses of light materials.'

The storm comes just over a week after Typhoon Goni, also known as Typhoon Rolly, killed 74 people and destroyed thousands of homes in the country when it made landfall on November 1. 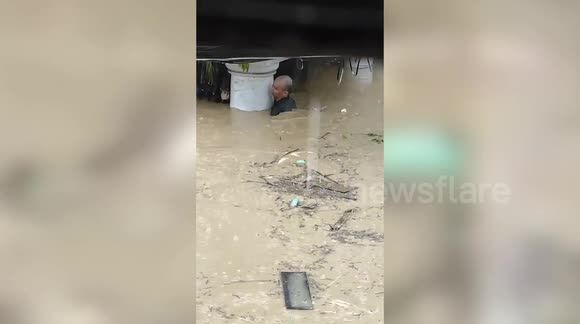