Posted by Sama in Cringey On 18th August 2021
ADVERTISEMENT

This distasteful wedding invitation has gone viral for all the wrong reasons. Filled with profanities the invitation blatantly calls its guests 'fat f***s' and in its failed attempt at humor, it only appears to be hostile. 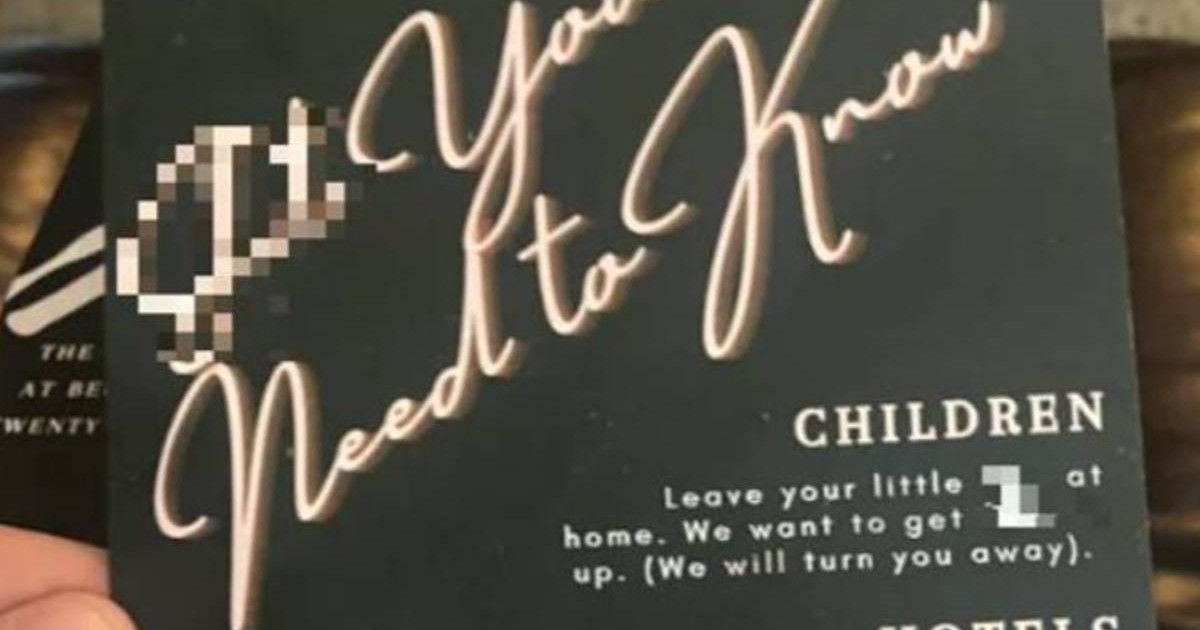 This wedding guest was left in shock after receiving a wedding invite where the bride and groom called their invitees 'fat' and 'lazy.'

People were not expecting this kind of message and guests will remember the NSFW details.

Speechless over the crude invitation with a colorful choice of words, the guest who is also the cousin of the bride decided to share the invite on Reddit.

“My cousin sent this along with her wedding invitations, I will not be in attendance,” the Redditor ScaredNapkin posted in the Wedding Shaming subreddit. 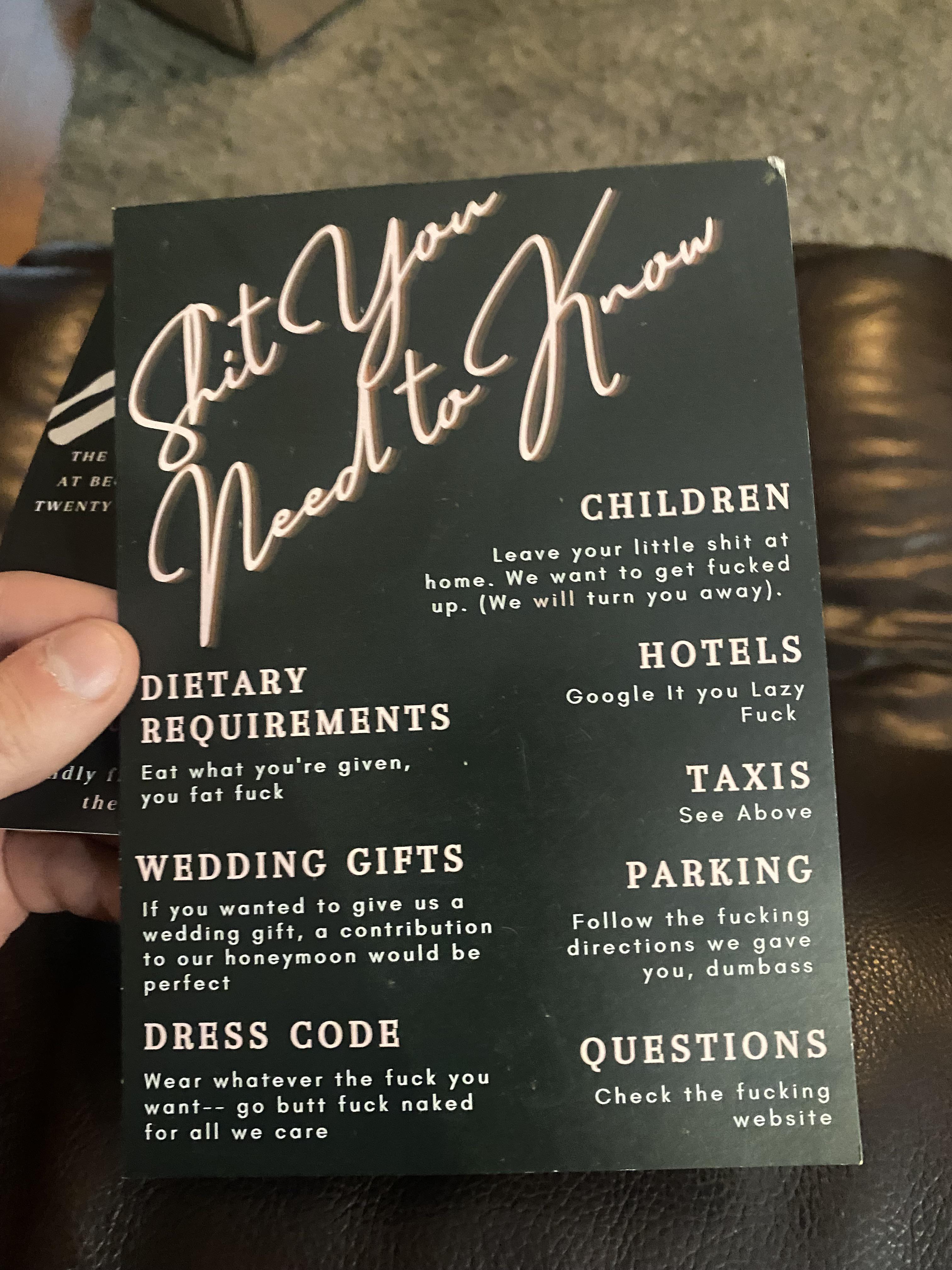 The title of the said invitation is: “S**t you need to know”, there were several subheadings containing a number of profanities. 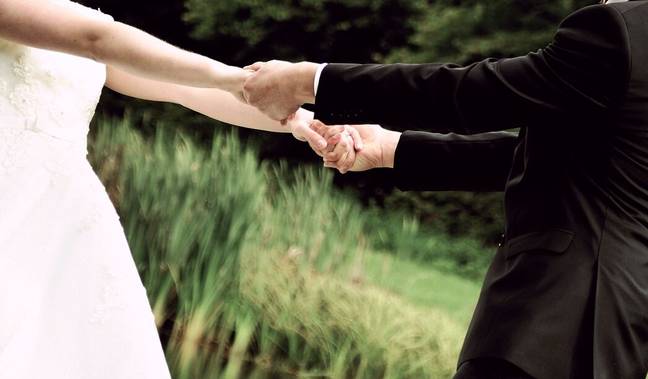 And instead of being polite and considering somebody's food allergies, it read: “Eat what you’re given you fat f**k.”

For directions, the senseless wedding invitation told the guests that they would  have to look elsewhere as the invite read: “Google it you lazy f**k.”

The couple also made it very clear that children were not welcome to the celebrations as their invite warned parents: “Leave your little s**t at home. We want to get f****d up. (We will turn you away).” 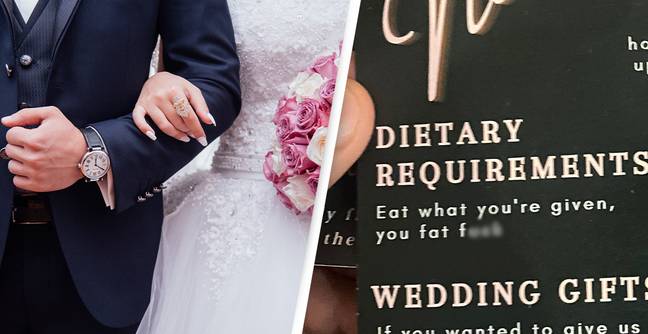 Also the wedding invite was quite relaxed with dress codes:

Meanwhile, under the parking section, the couple decided to give some friendly advice: “Follow the f*****g directions we gave you dumbass.”

And for any questions, the husband and wife-to-be informed guests to “check the f*****g website.”

However, what really irked the internet was that the foul tone of the couple changed when it came to the wedding gift section.

“If you wanted to give us a wedding gift, a contribution to our honeymoon would be perfect,” it read, with not a single swear word in sight.

For all the wrong reasons this wedding invitation has gone viral and people are now calling out the couple for their hostile invitation and a pathetic excuse of trying to be funny.

“So much cringe. Trying far too hard to be cool,” another person said.

Someone else added: “Not the tone you want on a wedding invitation. I’d think you’d want that to be more... inviting?”

“Yeah, I don’t give a f**k about the bad language, but this is a really trashy way to request that someone spend the time, money, and effort to attend your wedding,” a fourth person replied.

Let’s just hope none of the guests actually do turn up to the wedding “butt f*****g naked.”