Britney Spears Danced In ‘Diamond Thong’ During Her Wedding Ceremony

Posted by Abdul Rafay in Entertainment On 24th June 2022
advertisement

Britney Spears partied the night away in her undies to celebrate her marriage to Sam Asghari. The pop singer, who wed on June 9, said on Instagram on Saturday that she wore her "first diamond thong" to the glamorous celebration. When Spears, 40, released a video of herself dancing while wearing a black Versace blazer dress, she let her fans in on the intimate secret. 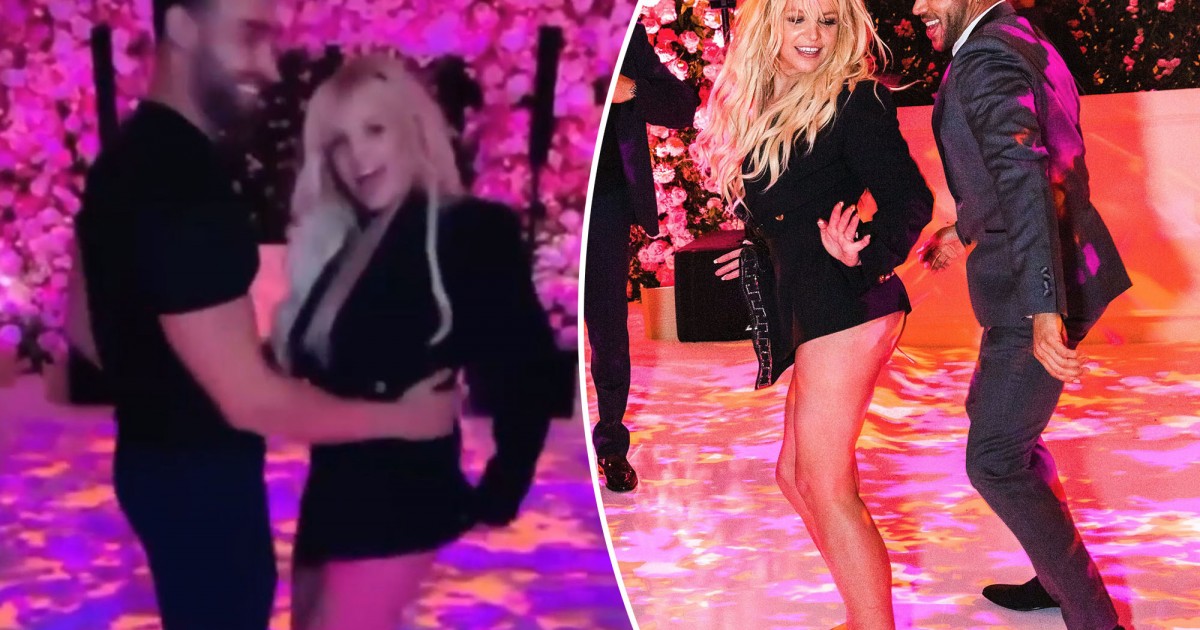 Britney Spears has shared a glimpse of her wedding celebrations and claimed she danced at her reception wearing her "first diamond thong."

The 40-year-old pop artist wed Sam Asghari on June 9 in a private ceremony at their Los Angeles home, and she shared videos of the event with her 41.5 million Instagram followers. 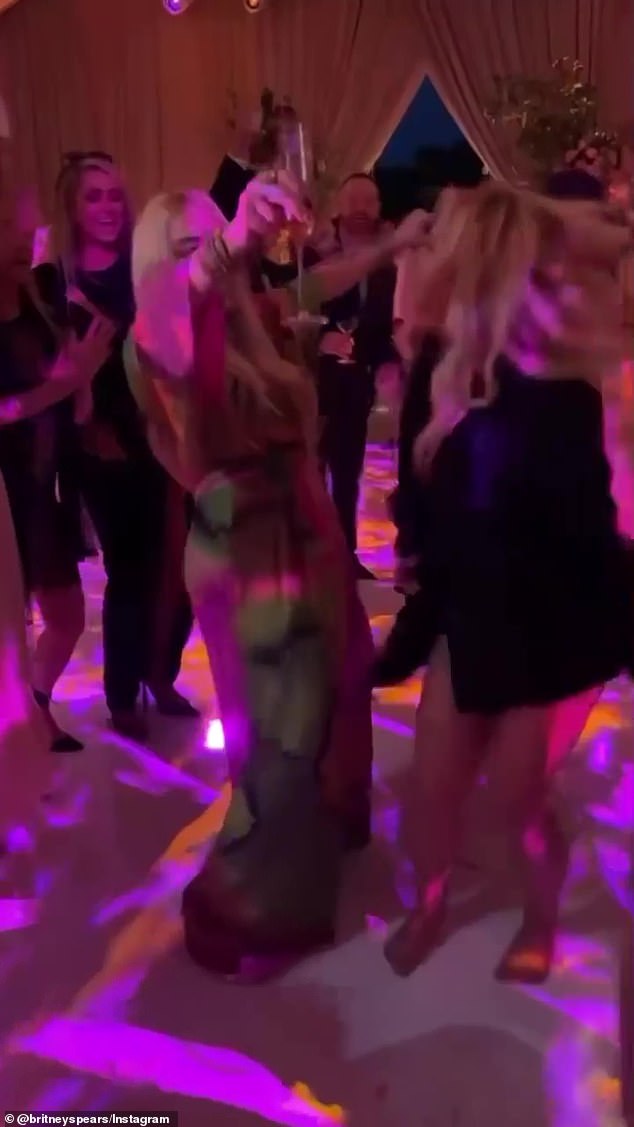 One of the videos shows the newlyweds dancing at their reception as Spears is dressed in a short, black Versace blazer dress.

By assuring folks that she was wearing anything underneath, Spears made fun allusion to the costume in her writing "Living IS GIVING... I hope I didn't insult anyone but don't worry, I had my first diamond thong hidden beneath my jacket "with tongue emojis with a winking face. 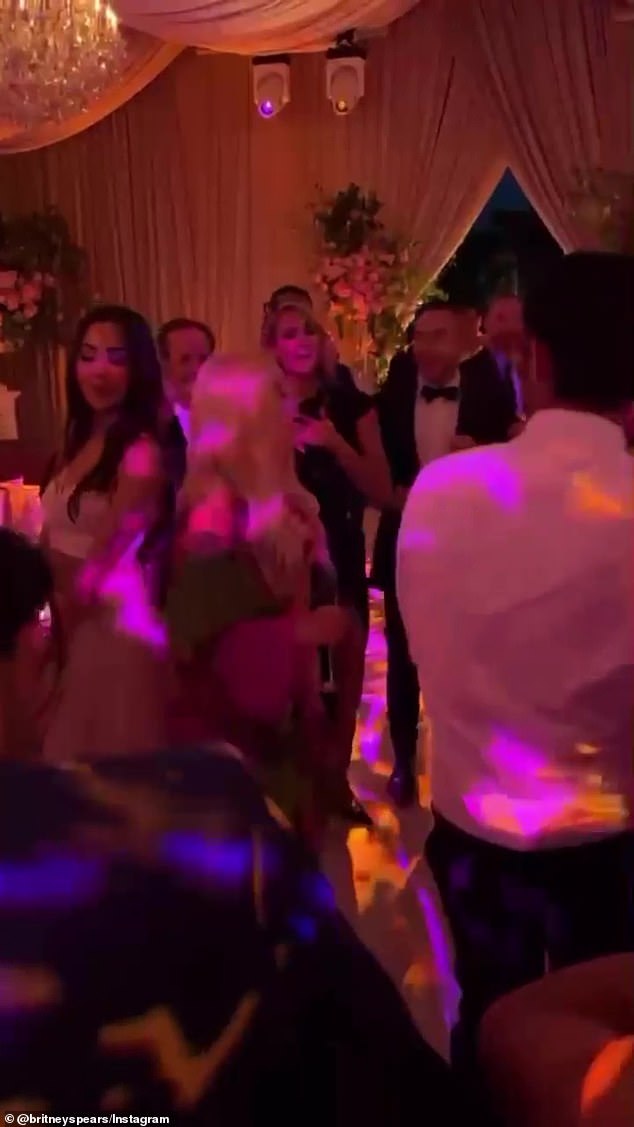 Asghari, 28, danced with his new wife while wearing a black t-shirt with the words "Britney & Sam" printed on it.

The singer was also spotted wearing a "two-toned outfit" and a red fringed dress, according to Vogue, so this wasn't her only appearance at the wedding. 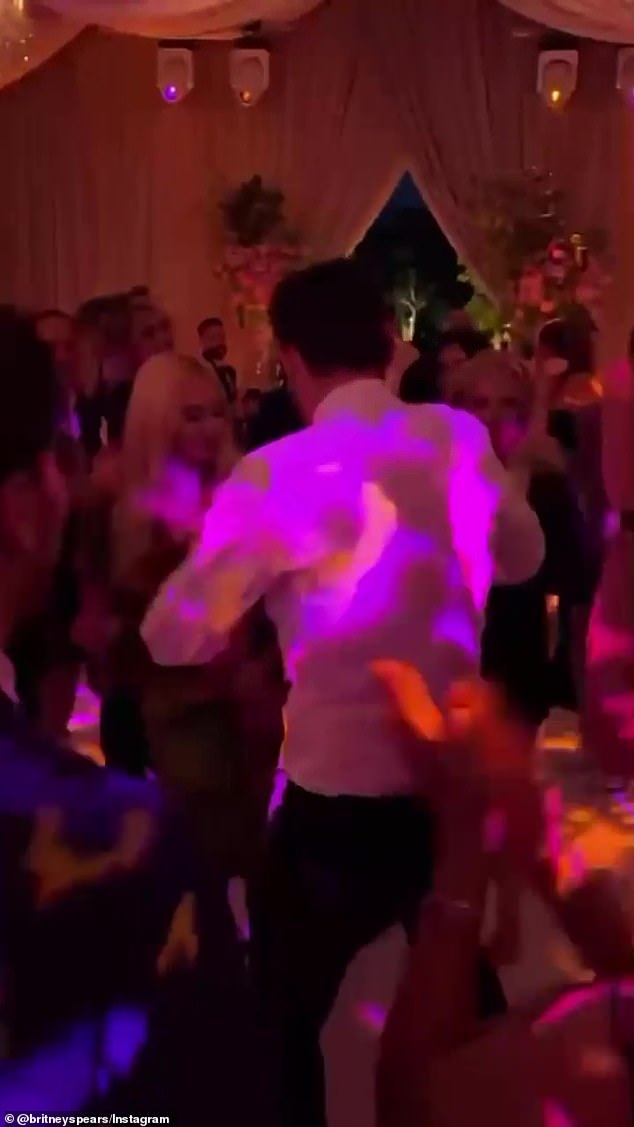 Spears looked stunning for the wedding in a custom white Versace off-the-shoulder dress, accessorized with a long veil and a white choker that was visible at the start of the Instagram video in which she posed with Asghari.

The couple was subsequently captured on camera sharing a kiss on a balcony. 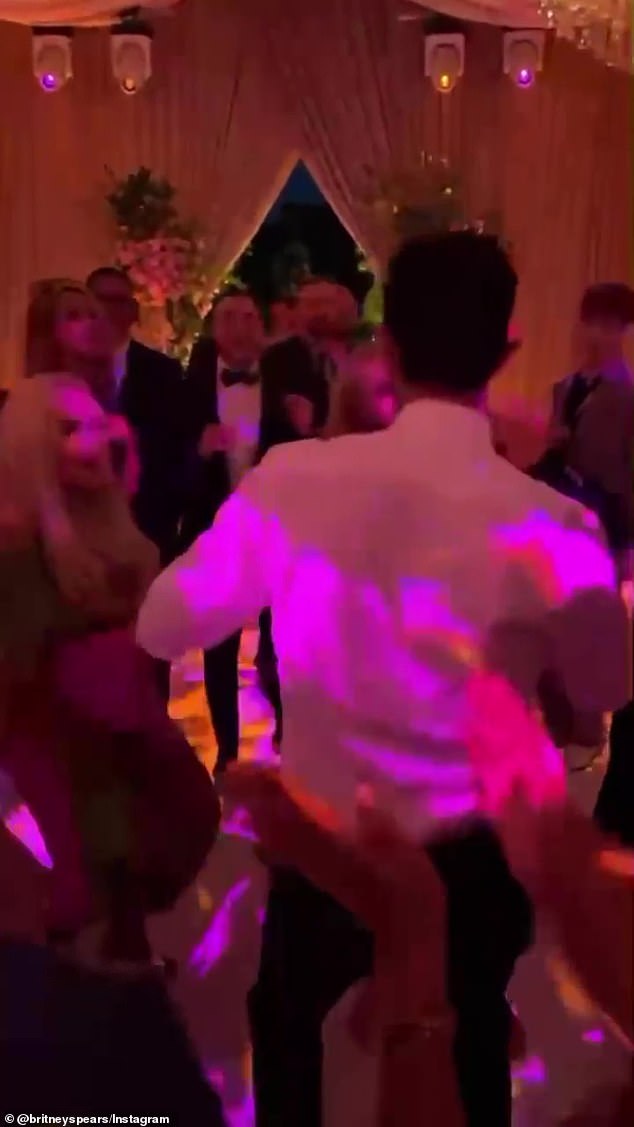 Later, footage from the reception was shown, showing Spears and Madonna dancing to the singer's classic song Like A Virgin.

Fans loved to see the "Queen of Pop" and the "Pop Princess" having a boogie together - in the comments, one person wrote: "Omg!!!! How legendary was Madonna dancing like a virgin?" 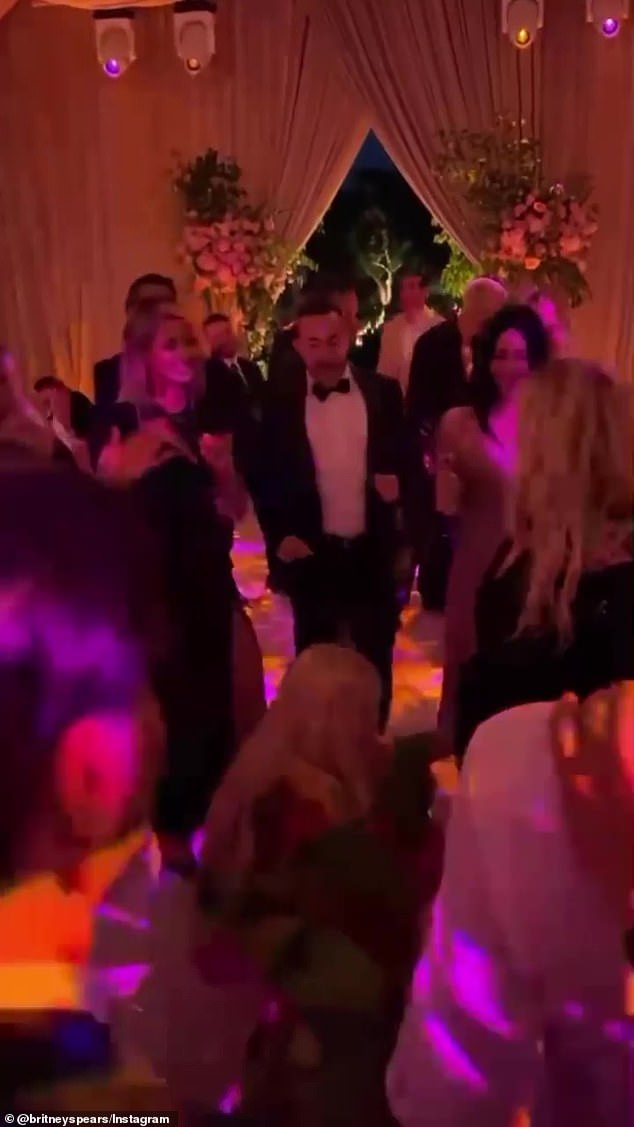 "Britney and Madonna dancing to like a virgin?! This is ICONIC," another person said in agreement.

The singer of One More Time referenced Madonna as well as Donatella Versace, Drew Barrymore, Paris Hilton, and Selena Gomez who were all seen together at the ceremony when she spoke about the "incredible people" that attended her wedding in another Instagram post. 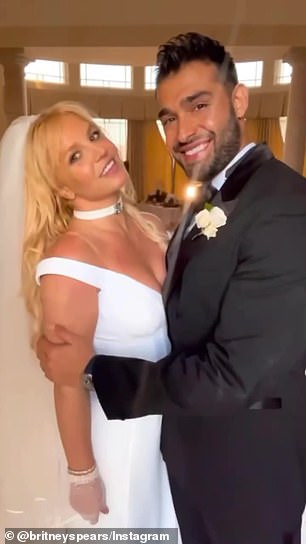 "@drewbarrymore my girl crush and @selenagomez who btw is way prettier in person if that’s possible both came !!! I was speechless … I kissed @madonna again and we danced into the night with @ParisHilton … Thank you @donatella_versace for designing my dress," she wrote. 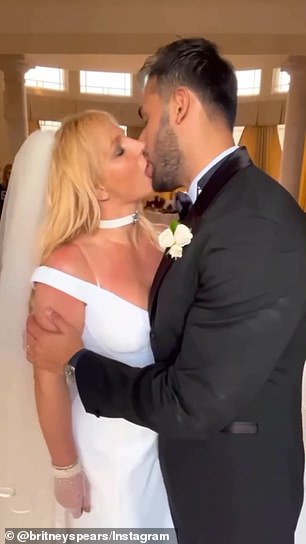 Spears' family did not attend the wedding after the star's contentious 13-year conservatorship, which was managed by her father Jamie, was overturned by a judge in November of last year. 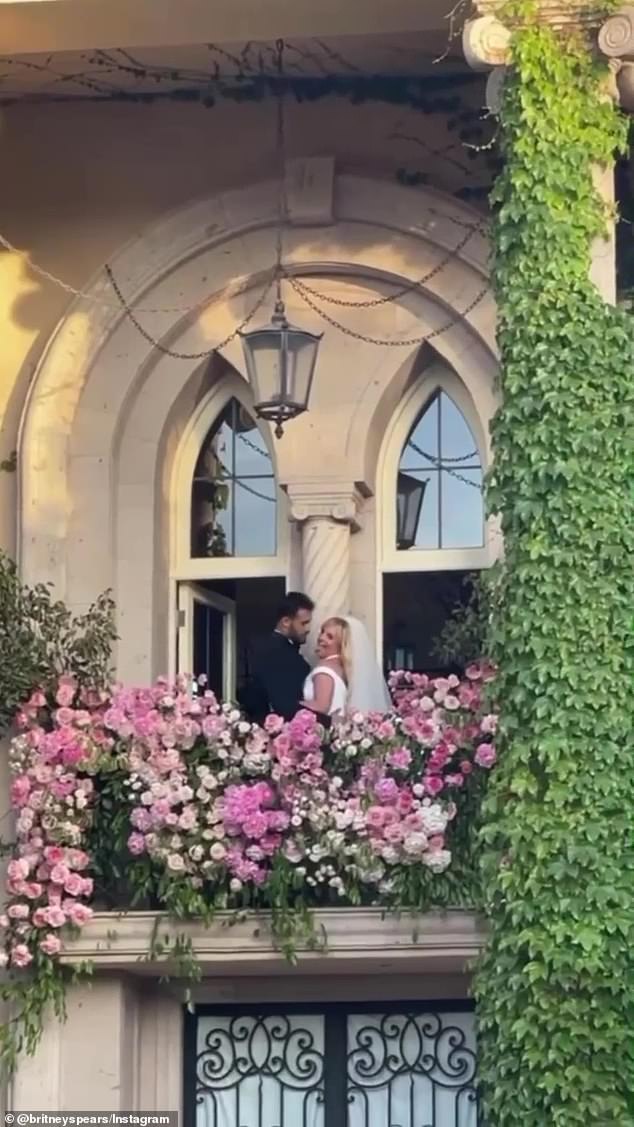 "You look radiant and so happy! Your wedding is the ‘Dream’ wedding! And having it at your home makes it so sentimental and special! I am soooo happy for you! I love you!" she wrote.

Sean Preston, 16, and Jayden James, 15, her two children with her ex-husband Kevin Federline, also decided not to attend the wedding. 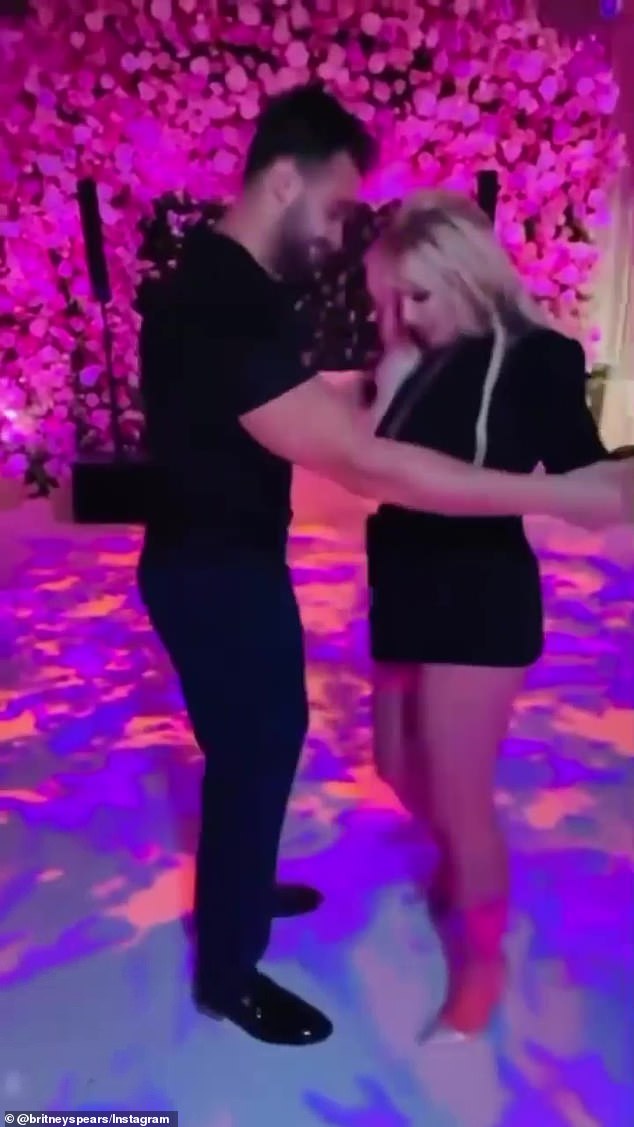 But Federline's attorney, Mark Vincent Kaplan told TMZ: "Although the boys will not be in attendance, Kevin and the boys are happy for Britney and wish her and Sam all the best going forward."

After meeting on the set of Spears' music video for Slumber Party in 2016, the couple has been dating since. They announced their engagement in September of last year.