Posted by Samantha in Entertainment On 15th January 2023
advertisement

Britney Spears is not the person to mess with and she has made it clear with her recent posts. It is reported that the singer went out for a dinner with her husband Sam Asghari at JOEY restaurant in Woodland Hills, Los Angeles. But claims were made that Spears was behaving weirdly when fans were taking her pictures and responding to these claims, the singer took to her Instagram to give a befitting response to trolls. 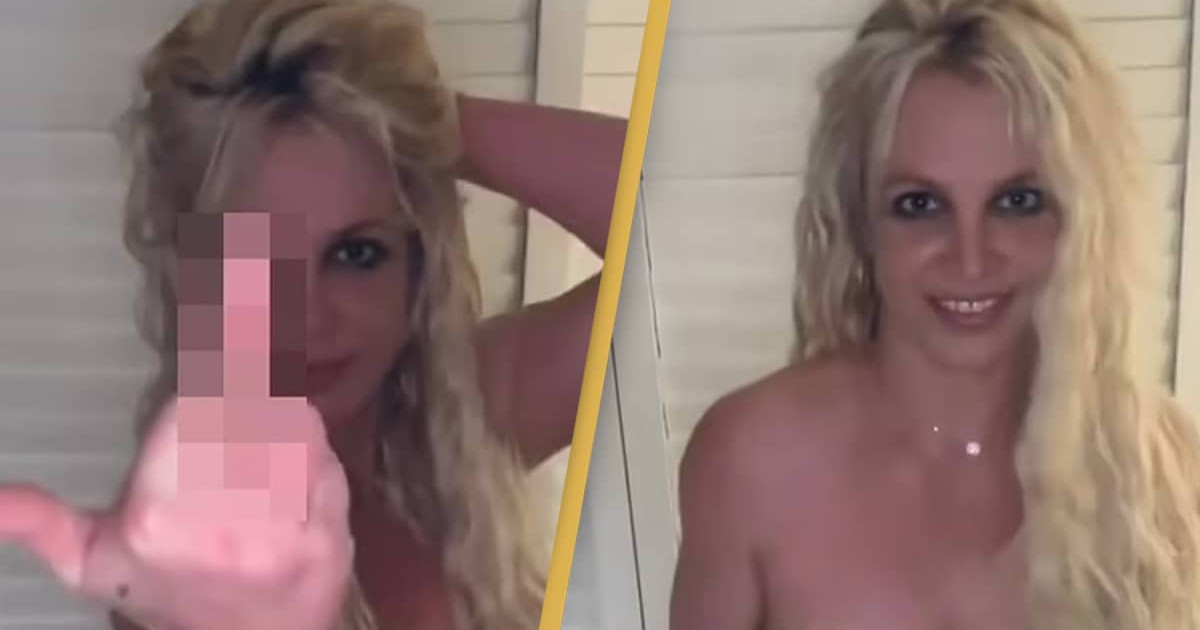 Britney Spears has shared stories of some explicit posts after there were claims made that the singer was spotted speaking 'gibberish' while out at a restaurant.

The singer was seen by fans with her husband Sam Asghari at JOEY restaurant in Woodland Hills, Los Angeles on Friday (13 January), where the couple was trying to enjoy an evening out.

But sadly for Spears, some fans couldn't resist but take out their cellphones to film her and take her pictures, with one clip showing the moment she used a menu to hide her face from the onlookers.

But it wasn't long before she stepped back in front of the cameras.

In three Instagram posts shared in a matter of hours on 14 January, Spears shared a drawn piece of artwork, an image of a swirl-patterned sculpture, and the above video of herself dancing to the song 'I Touch Myself'.

It is not clear though if the posts are in response to the incident that happened on Friday but there were some eyewitnesses who claimed that Spears got angry and upset at the restaurant after customers started taking pictures of her.

As the scene unfolded, Asghari is said to have become visibly upset and walked out of the restaurant. Spears soon followed him out with her bodyguard, who then returned to pay the bill.

A manager from the restaurant told Page Six they could not 'disclose any information' or confirm whether Spears and Asghari had been eating there that night, but Asghari himself has since appeared to have dismissed the claims as he wrote on his Instagram Story: "Don’t believe everything you read online people." 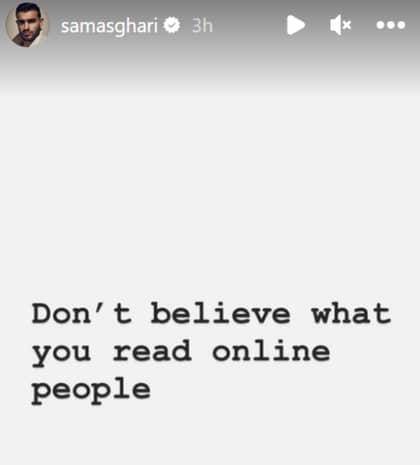 Spears' first post after the incident was an illustration for which she credited artist Melisa Illustrations, and showed a woman with dark hair and sunglasses sitting at a table with her legs crossed.

A caption alongside the artwork reads: "They told me I couldn't, that's why I did!"

The image of the sculpture was accompanied by the caption "I have no idea what this is but it looked pretty cool to me," but it was Spears' third and most recent post that appeared to indicate she didn't care what people thought of her. 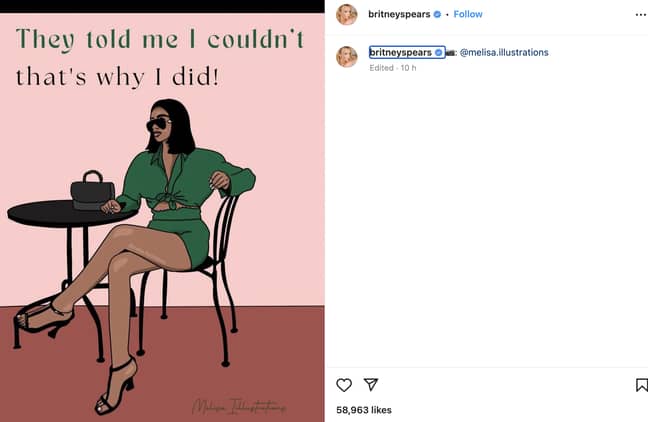 Another one of her posts included her dancing to a song and making a sign of love with her hands, as well as giving viewers the middle finger. She didn't add a caption to the post, and comments have been turned off to prevent followers from sharing their thoughts.