Posted by Sama in Bizarre On 15th March 2021
ADVERTISEMENT

Burger King's marketing tactic goes horribly wrong and now the food giant is getting slammed for its tone-deaf and sexist advert. Facing the backlash, the company is forced to issue an apology and excuse for its crude choice of words for their latest advert on international women's day. 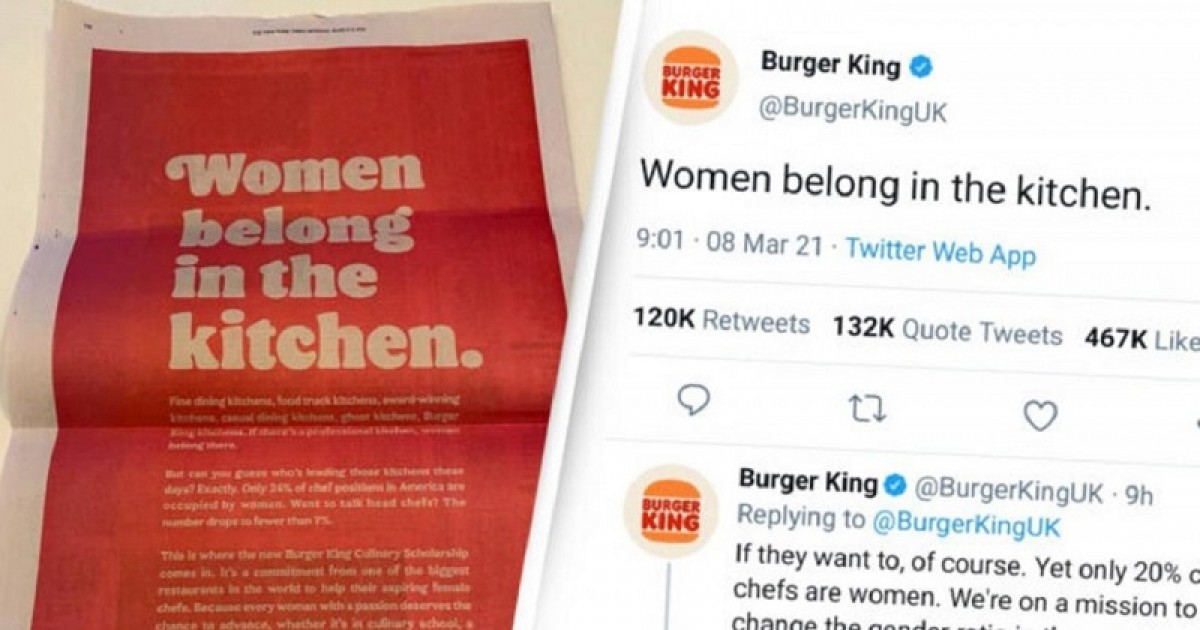 There is a fine line between doing smart marketing and being completely tone-deaf. The Burger King is yet again under fire and this time it isn't easy to get away with their blunder.

Burger King's advert for a $25,000 scholarship has left social media fuming which has resulted in the food giant apologizing for its crude actions. 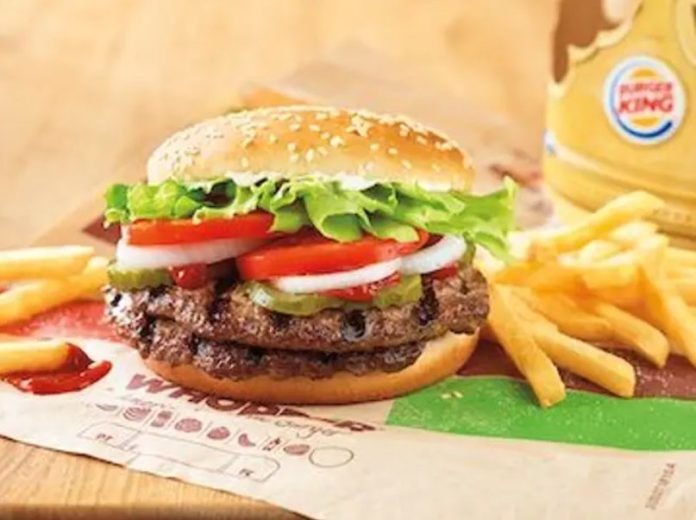 On International Women’s Day, Burger King launched a scholarship to promote gender equality in restaurants. However, the marketing side of it was done in such poor taste that it blew up badly.

“Women belong in the kitchen.” 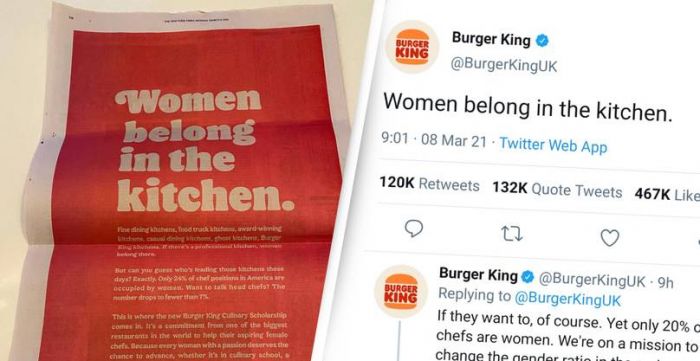 The same sexist and tone-deaf comment also appeared in big bold letters on the front page of the New York Times.

The campaign for the scholarship program with the “mission to change the gender ratio in the restaurant industry” definitely did not sit well with the internet.

Burger King's intention was definitely not sexist but their crude attempt at clickbait backfired badly.

The sexist tropes, even if used ironically, fell flat for most Twitter users. Especially on International Women’s Day, this kind of content faced criticism hugely.

The company initially tried to justify its intention however they continued to be called out which ultimately led to them apologizing for their action.

At first, the company tried to justify its choice. Eventually, Burger King had to apologize and admit the mistake.

The funniest thing about the Burger King "tweet" is that it clearly wasn't just a tweet. This was a whole international campaign that the UK timezone just got first. They can decide against tweeting it from the US account but they couldn't pull the New York Times ad fast enough🤷‍♂️ pic.twitter.com/i4EvOCdFDF

“We hear you. We got our initial tweet wrong and we’re sorry. Our aim was to draw attention to the fact that only 20% of professional chefs in UK kitchens are women and to help change that by awarding culinary scholarships. We will do better next time.

We decided to delete the original tweet after our apology. It was brought to our attention that there were abusive comments in the thread and we don’t want to leave the space open for that.”

Reportedly Burger King paid $65,000 for the tone-deaf and sexist advert and around $25,000 for the scholarship.

The promotional campaign also included an ad on the printed edition of the New York Times. While the newspaper did not disclose the cost, according to an estimate it could be around $65,000. 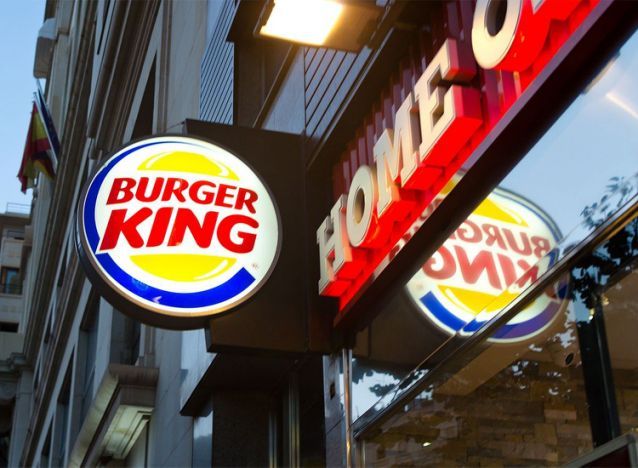 But can you guess who’s leading those kitchens these days? Exactly. Only 24% of chef positions in America are occupied by women. Want to talk head chefs? The number drops to fewer than 7%. 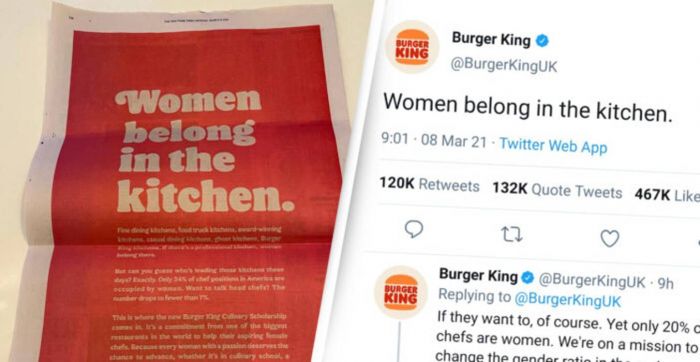 Promoted by the Burger King Foundation, the scholarship is all with good intention and consists of:

“At least two (2) H.E.R. Scholarship awards of $25,000 granted to the most qualified employees from the pool of eligible and submitted applicants.

Recipients will be chosen from the Burger King Scholars pool of both Burger King® Employee-Based Track and employees pursuing an enrichment program applicants.”

Though the failed marketing tactics caught up with people's attention and gladly the internet was quick to call out the food giant and we sincerely hope that in the coming time women in the food industry are able to prove their statistics wrong. 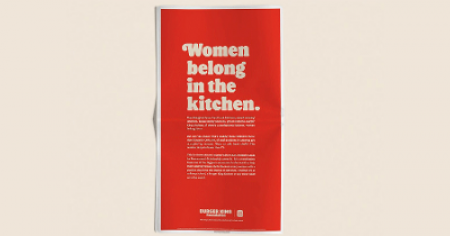