Posted by Sama in News On 17th November 2021
advertisement

This California mom, Alice Ham is seeking justice for her daughter after the teenager was viciously punched by an opponent during a basketball game. It is to report that the girl who punched Ham's daughter is daughter of a former NBA player and according to Ham the mom encouraged her daughter to hit the teenager as she could be heard in the clip saying 'You better hit her.' 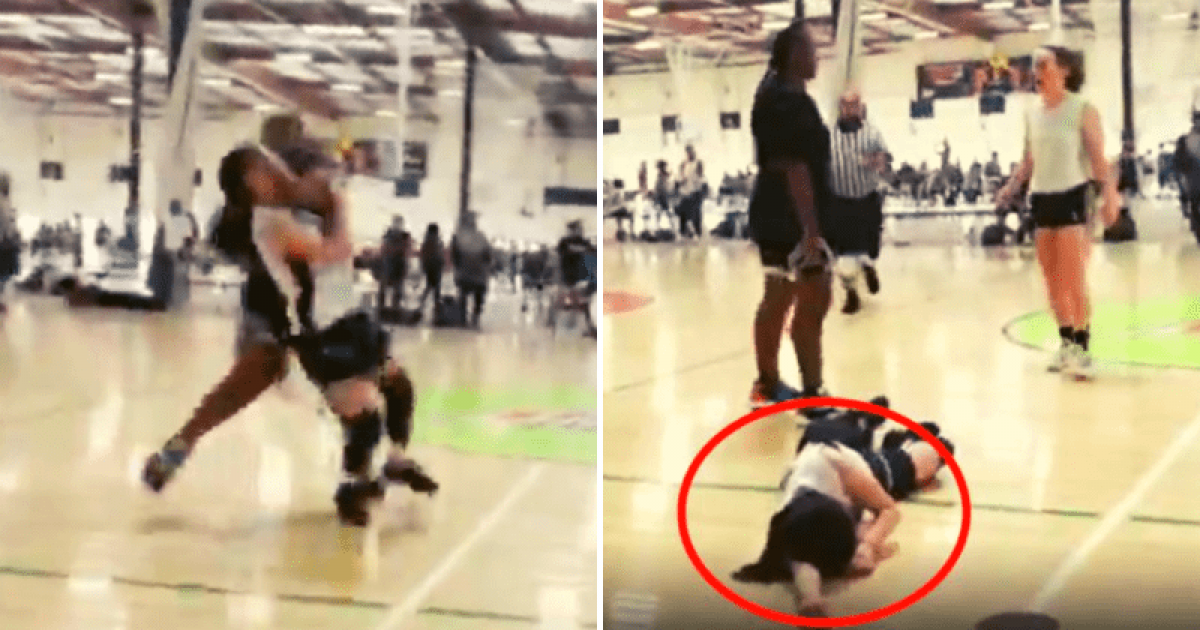 This California mom is furious after watching a clip where her fifteen-year-old teenage daughter gets vicious sucker-punched by an opponent during a youth club basketball game. 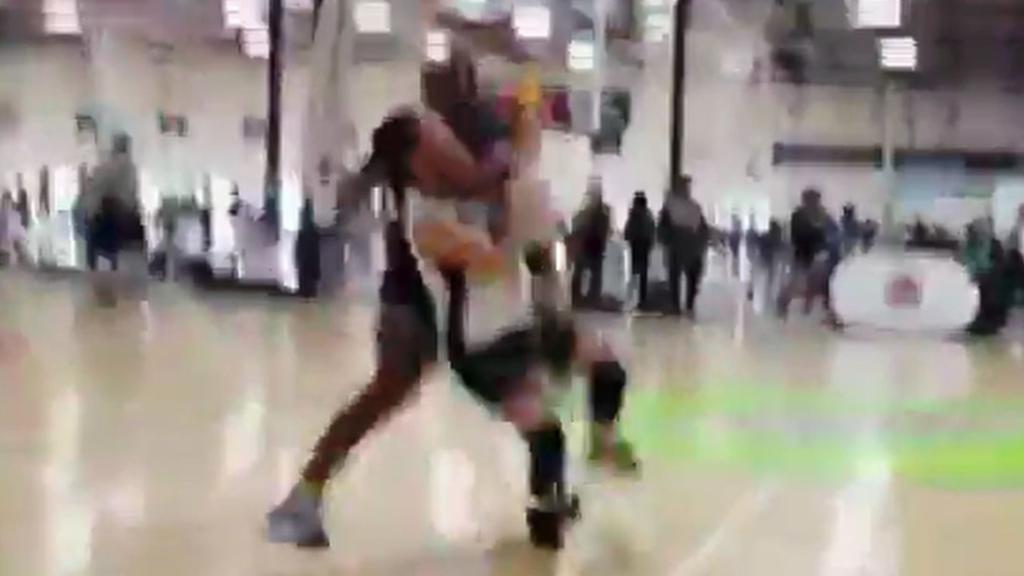 Alice Ham, the mom says her daughter suffered a concussion because of the punch. She also claims that the mother of another teenage girl encouraged the attack.

"This happened to MY DAUGHTER at her game yesterday. There is absolutely no place for something like this in basketball, I don't care how famous you are!!"

"This mom told her daughter to 'go and hit her'," wrote Ham adding, "and my kid gets an unprovoked sucker punch."

"I'm sorry but it's everything that's wrong with youth sports. The girl and her mom showed absolutely no remorse and offered no apology. Youth sports needs to change."

The video showed her daughter getting tangled up and falling on the floor in a painful manner during the game with an opponent whose father is also a famous former NBA player.

No fouls were even called on the play.

The two girls then stand back on their feet and walk down the court side by side while a woman is heard yelling: "You better hit her." 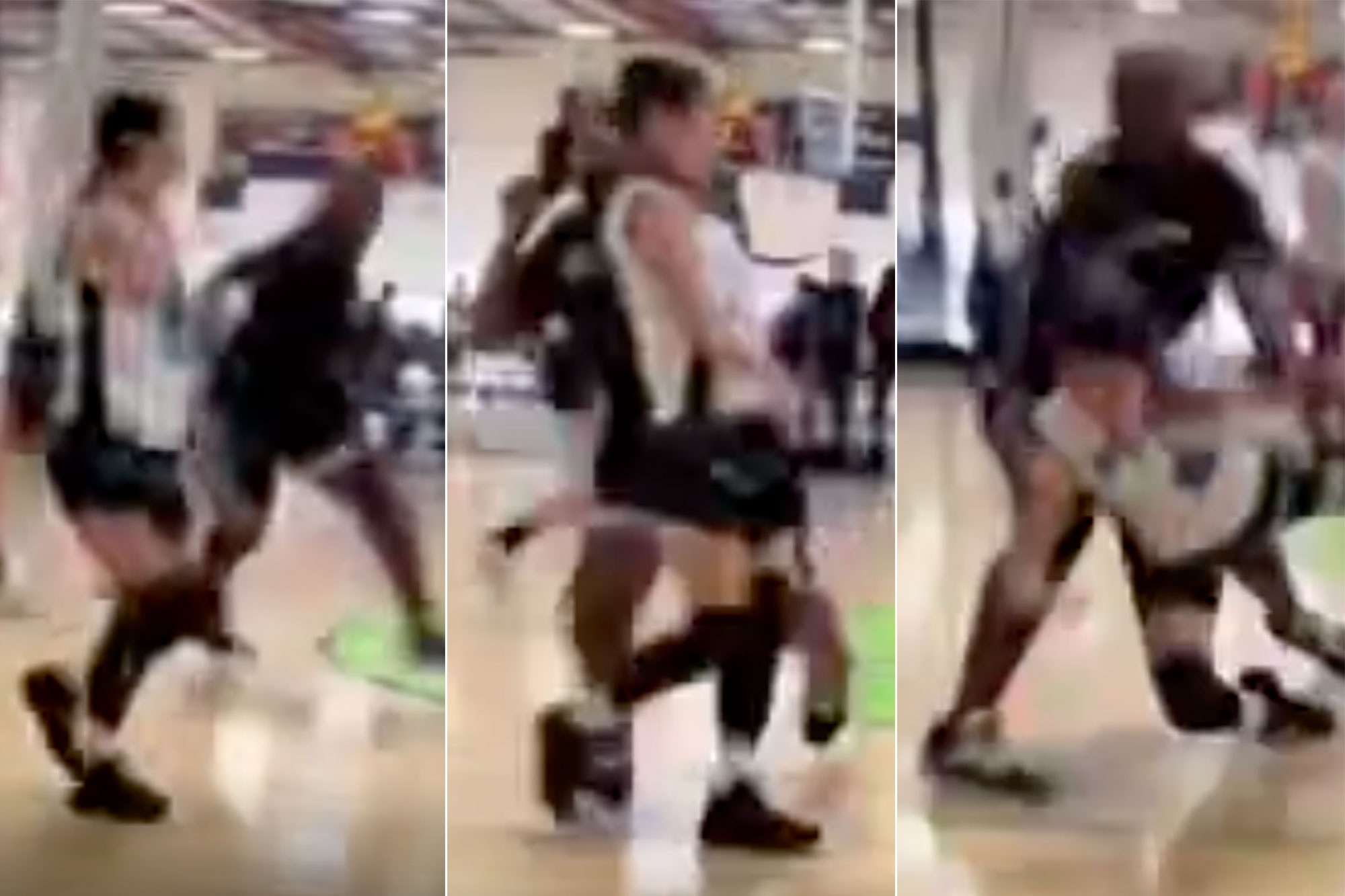 Only a few seconds later, shockingly the teenager swung her arm and delivered a blow to Ham's daughter's face knocking her to the floor.

A spokesperson for the Garden Grove Police Department said an investigation of the incident is underway.

Ham says that she was elsewhere watching her other children play during the incident.

Ham in an interview with KTLA said she realized something was terribly wrong as when her daughter returned home after her basketball game disoriented. It was later that teammates and other parents showed Ham the video.

"I want the daughter and the mom held accountable. Because this type of behavior is reprehensible and cannot happen in youth sports."

I say yet again, WHAT HAVE WE BECOME ??? My God, people see violence as their go to solution whenever there’s conflict ? We,as a society cannot survive if this kind of behavior continues to grow as it has.Lives are being lost over trivial little conflicts.

Ham says that the opposing player's mother also encouraged the attack as she could hear the voice in the video clip.

"I can hear pretty clearly the mom (in the video). I know it's the mom because the witnesses at the site told me."

"It's pretty clear that she tells her daughter you have to hit her for that. What 'that' is, I don't know. I don't know what the mom thinks she saw."

"The video is disturbing to watch obviously."

Martinez also added that investigators would hold back on releasing some of the details since both girls involved are minors.

Ham says following the incident, her daughter missed school for several days but she looks forward to going back to school and playing basketball again soon.

Lawyer Brett Greenfield, who represents the family of the girl who threw the punch, suggested the family understands the seriousness of the situation.

"We are in no way trying to downplay and/or disrespect the seriousness of this situation. What is vital to remember is that these are two very young minors involved."

"The family recognizes the seriousness of this incident and will continue to take every necessary step to manage this in a positive way."

If that happened to my child, the mother would be in the hospital... Period...

"The comments on social media in response to this incident are a cause of great concern for both the minor and her family."

"We would respectfully request that she be given the benefit of the doubt and that her privacy be respected given her young age."

Yeah, there has to be consequences. Maybe Attacker should be fined for medical expenses, do volunteer work for 1-3 yrs, and apologize publicly. I don’t think jail is the answer. Although, the victim is lucky to be walking away. This could have easily been a more severe injury.

The CEO of Avac United, Gary Thomas further told KTLA the organization will cooperate with any investigation. They have already banned the girl who punched Ham's daughter and her mother from AVAC events until further notice.

That girl isn’t remorseful at all… she won’t have done it! She’s old enough to know from right from wrong.

No, her attorneys comment is not good enough. If the minor is capable of committing an adult act (giving a concussion with a punch), the minor should be tried like an adult. She should be held accountable. This action deserves jail time.

"This is an environment where kids should have fun and enjoy and be safe."

This is unacceptable!! That’s a violent act and should never be tolerated. Parents should be held accountable too.