Viral video of people being forced to wait in flood water to pay before they exit is the epitome of capitalism. People are calling out the callous behaviour of this New York city comedy club. 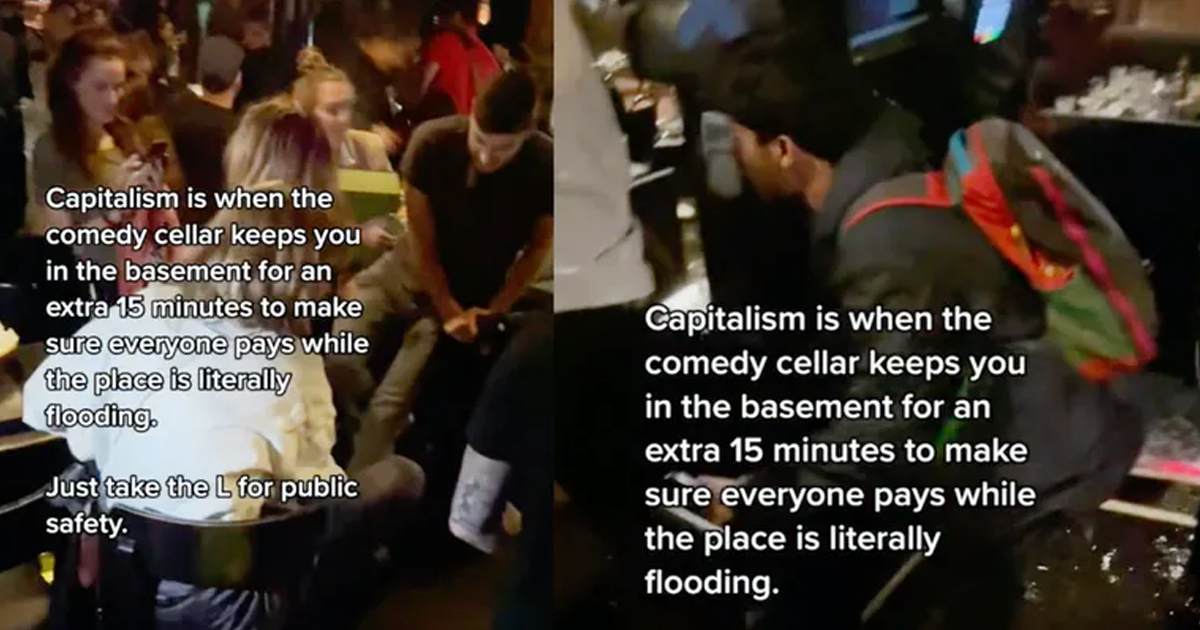 A video of people at a comedy club in New York has gone viral. The club in question is the widely popular “Comedy Cellar” which is one of the biggest comedy clubs in the world.

The video shows its patrons lining up to pay in inches of floodwater on the directive of the club managers. 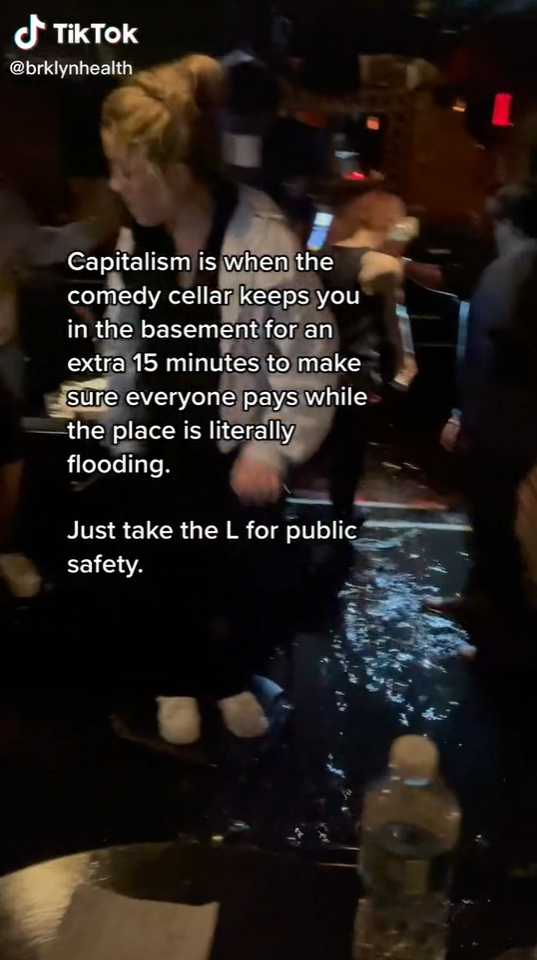 The caption reads, “an extra 15 minutes to make sure everyone pays while the place is literally flooding.” 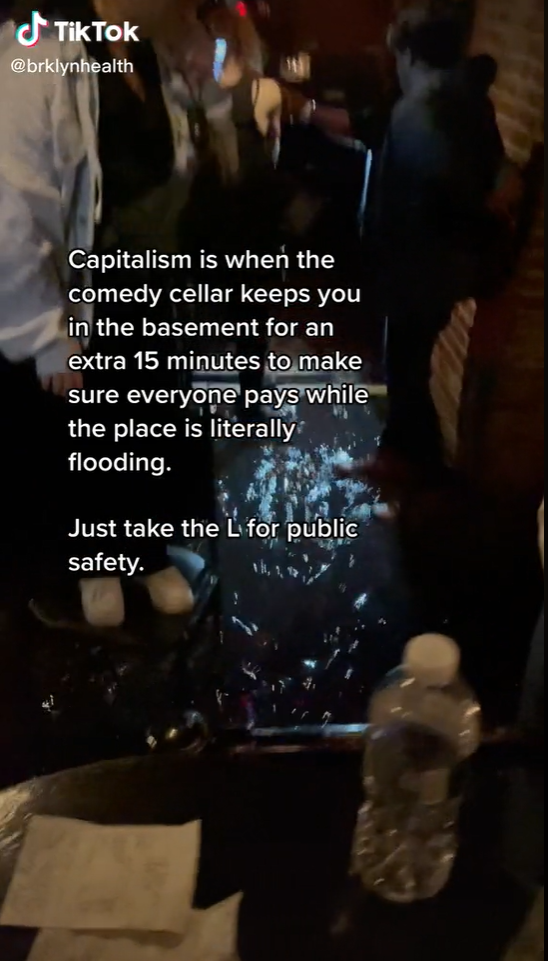 The caption further says that capitalism is to blame when public safety comes secondary to money in a situation such as this. 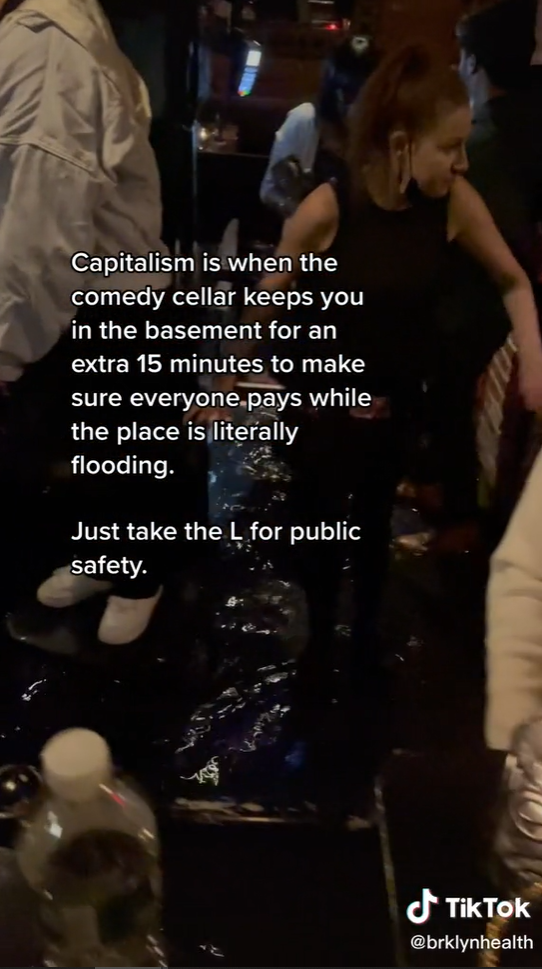 @brklynhealth who uploaded the video pans across the scene as people stand in the crowded now flooded space as a result of Hurricane Ida. 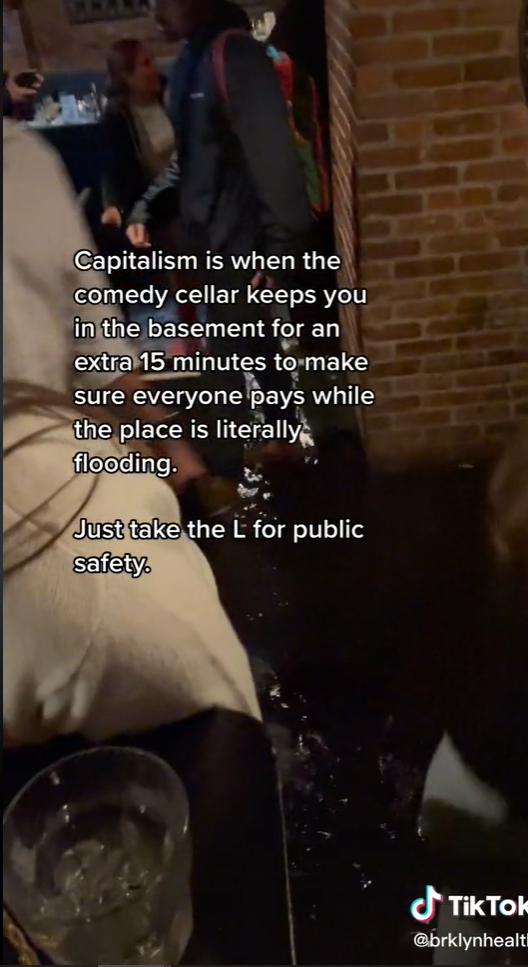 Commenters understand her view but are willing to give some benefit of the doubt to the Comedy Cellar saying that it’s a small business.

@Brklynhealth called the behaviour on the part of Comedy Cellar, “a bit irresponsible.”

They further added, “Folks would have left earlier if they weren’t waiting to get their credit cards back. 15 minutes is a long time in this situation,”

One commenter pointed out that New Yorkers are a hardier bunch than the rest of us.

Another commenter pointed out that those that went to the comedy club knew the risks before attending the venue.