It looks like this newborn kitty was taken away from its mother too soon. The poor thing was so tiny and unkempt that it looked like it might not survive. However, with the help of her new humans in her forever home, she seems to be thriving. She ended up being a real beauty. 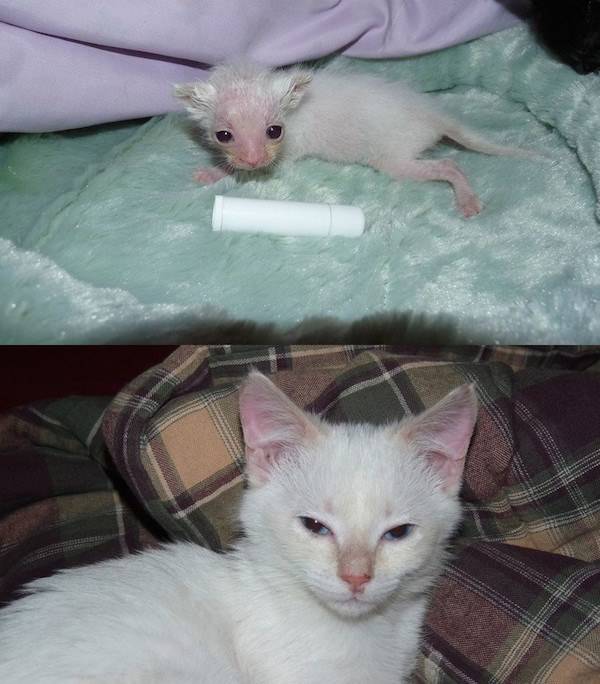 This guy looks so miserable in his cage in the shelter. He does not look incredibly young either. We don't know if he was a stray or a owner surrender. All we do know is that he is happy and healthy in his new home. 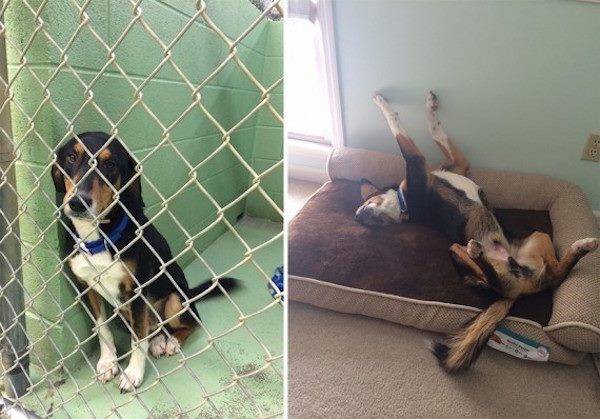 This poor kitten was so shabby and dirty looking when it arrived at the shelter. Since being adopted, she has thrived. She looks very happy and healthy in her new home. 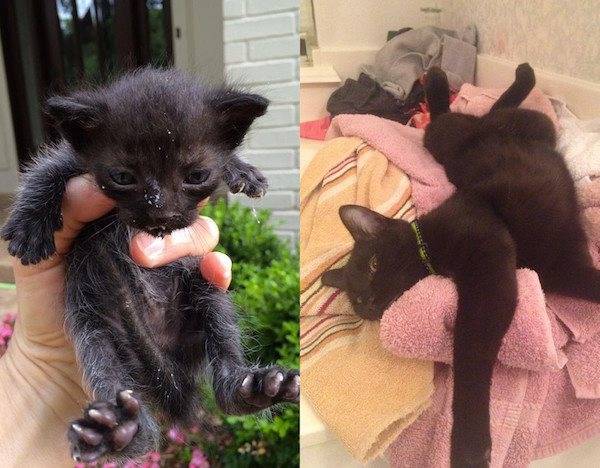 This poor guy was obviously starved almost to death and likely abused as well. It is such a shame that people will allow this to happen to their pets. The good news is that he is doing really well in his forever home. He has even gotten to a nice healthy weight and size. 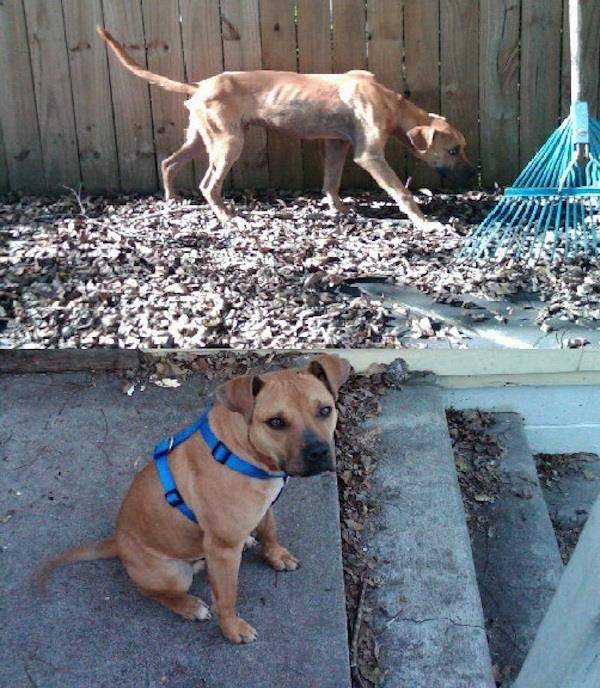 This sad little girl looks like she was used as a baby maker and not kept up to weight. This happens when the mother is used to constantly breed and has not been properly nourished while nursing her pups. However, now that she is in a new home, she is doing really well and is not being used as a baby making factory. 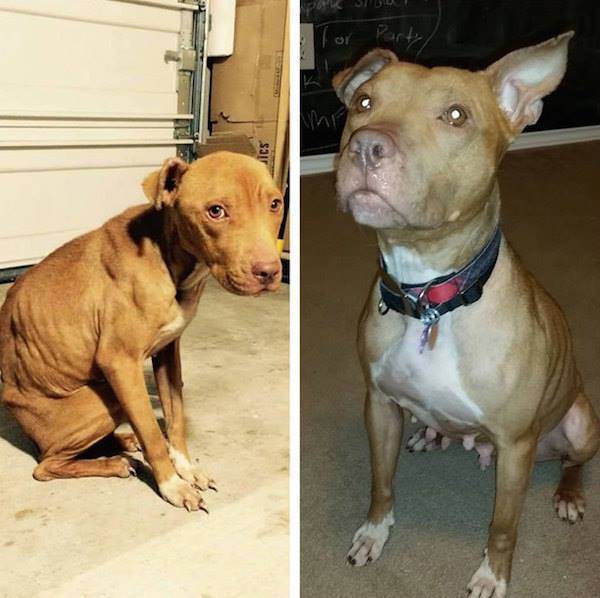 This pooch looks like she only had a few days left to live before she was rescued. She was so emaciated that all you could see was her bones. Her new humans have done a great job of getting her up to a healthy weight, and she looks incredibly happy. 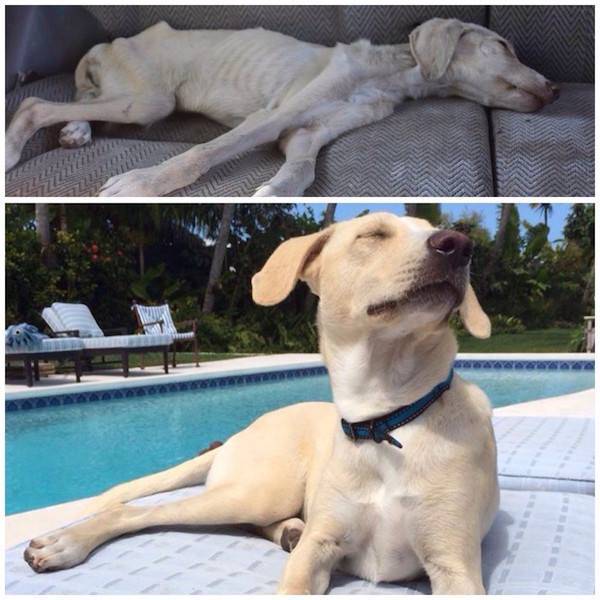 This poor guy looks like he had mange and was likely flea-infested. He had huge patches where he had no fur due to his condition. Nowadays, he is living a happy and healthy life, and all of his hair has grown back in nicely. 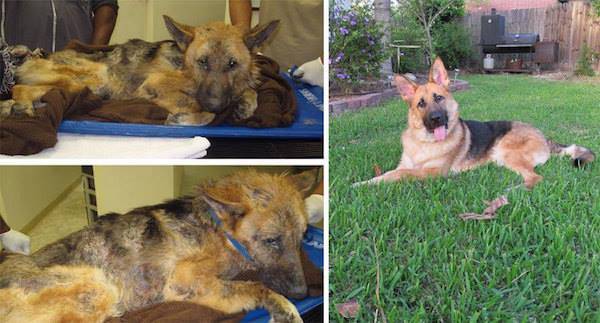 This pit bull appears to have been rescued from dogfighting. You can see how his poor ears have been ripped off, and the knots on his head are disturbing. Thankfully, the stigma of being what he is did not stop him from finding a great new home where he gets to just be the big, loving dog that he always wanted to be. 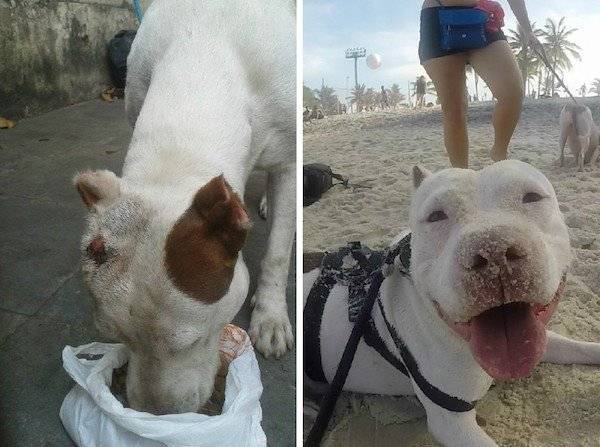 This poor guy was so gross looking when he arrived at the shelter. Surely, he was not "cute enough" to be adopted by anyone. Good news is that someone found it in their heart to take this little guy home and nurse him back to health. It is almost hard to believe that these are the same dog. 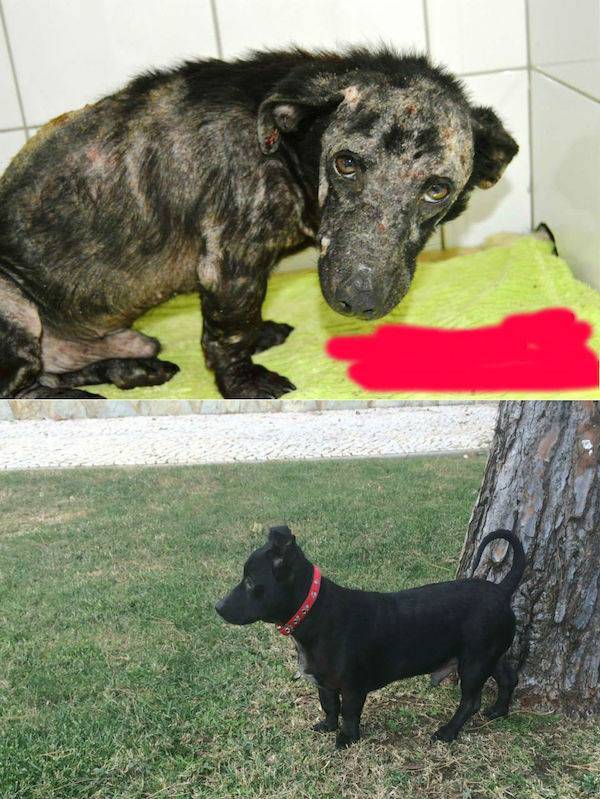 This baby was so starved that she could hardly stand up. People who allow this to happen to their pets have a special place in hell waiting for them. Luckily, she is in a good home and is healthy and loved like she deserves to be. 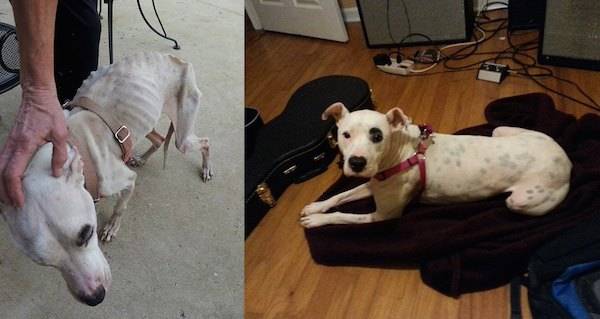