Posted by Sama in Cringey On 1st September 2021
ADVERTISEMENT

Internet is shocked after a newlywed couple sent a $240 invoice to all the no-show guests at their destination wedding. The couple justified their action by saying that they forked out a fortune on the wedding and the least the no-show guests could have done was to inform them beforehand that they won't be attending. Though some people on Twitter support the couple, however, the majority disagreed and called the move in distaste. Let us know what do you think and who do you support in this? 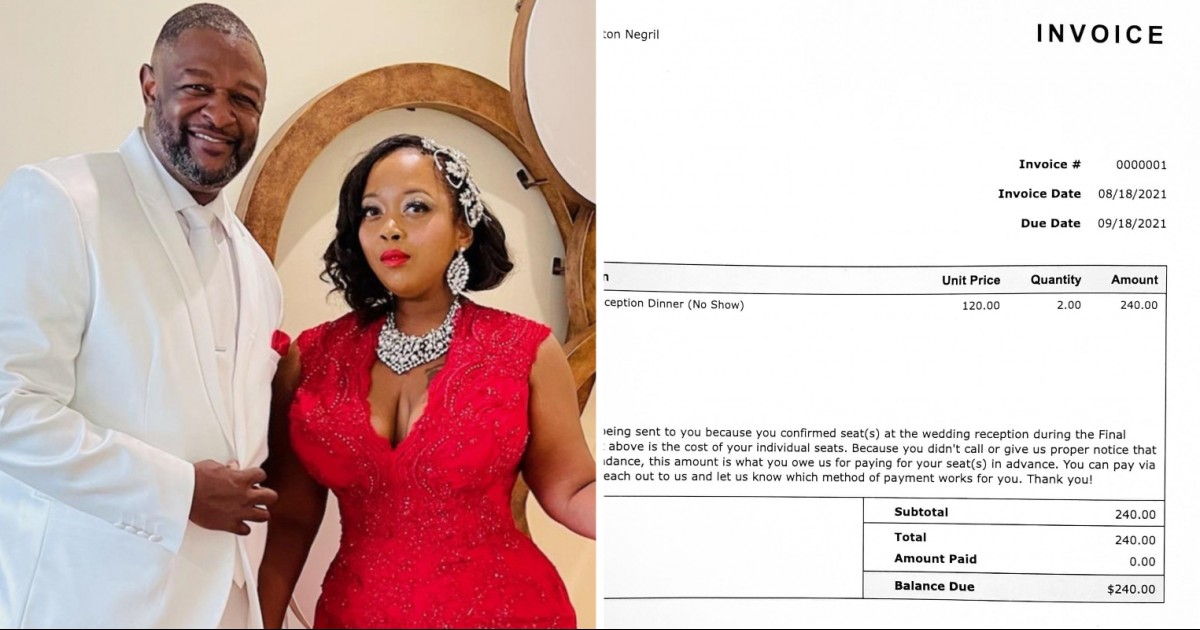 This newlywed couple got viral on social media after they sent invoices to the wedding guests who didn't attend their wedding.

The couple briefly explained the reason why they did this.

According to New York Post, newlyweds Doug Simmons and Dedra McGee (now Simmons) decided to take action after spending a fortune on their big day - only to have certain guests never show up. 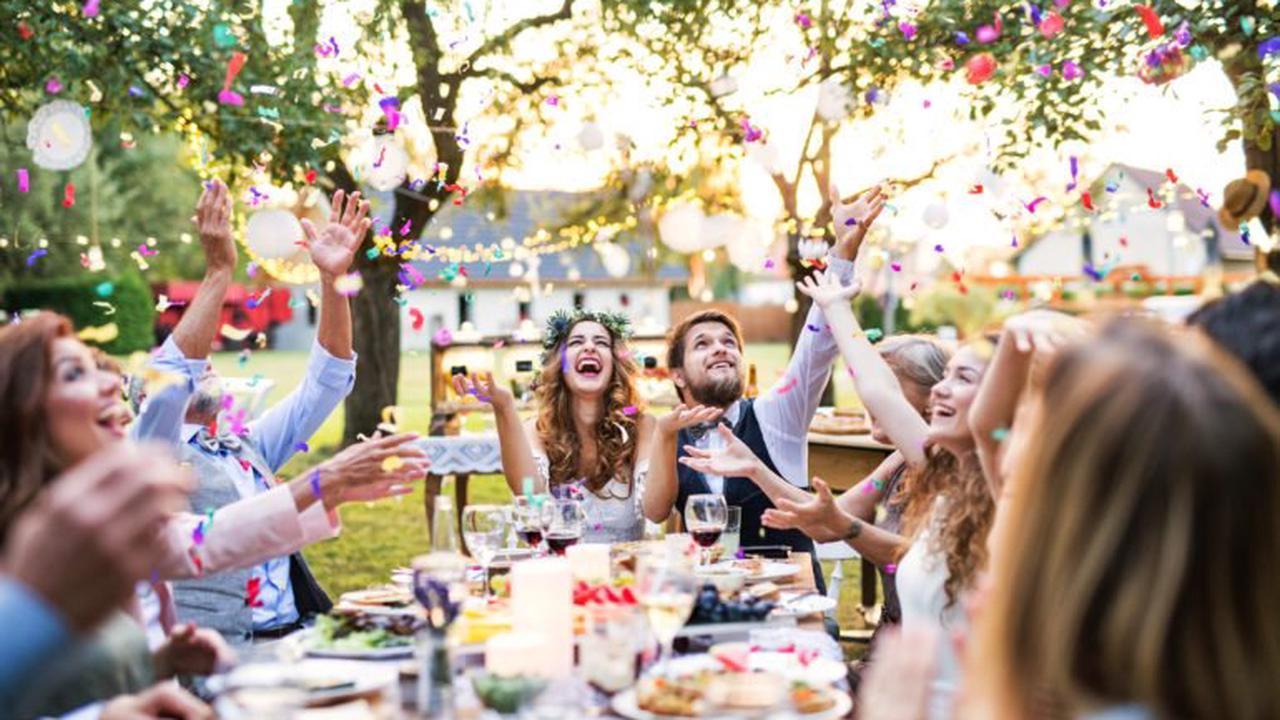 Doug, 44, originally shared a screenshot of the invoice to his Facebook page, along with the caption:

"DON'T BE OFFENDED WHEN I SEND THIS #INVOICE TO YOU. IT'S GONNA LOOK SOMETHING LIKE THIS. I'LL BE SENDING IT VIA EMAIL AND CERTIFIED MAIL... JUST IN CASE YOU SAY YOU AIN'T GET THE EMAIL [...] #PETTYPOST".

The couple shared that they had their big day in Jamaica at the Royalton Negril Resort & Spa, where they forked out $120 per guest. 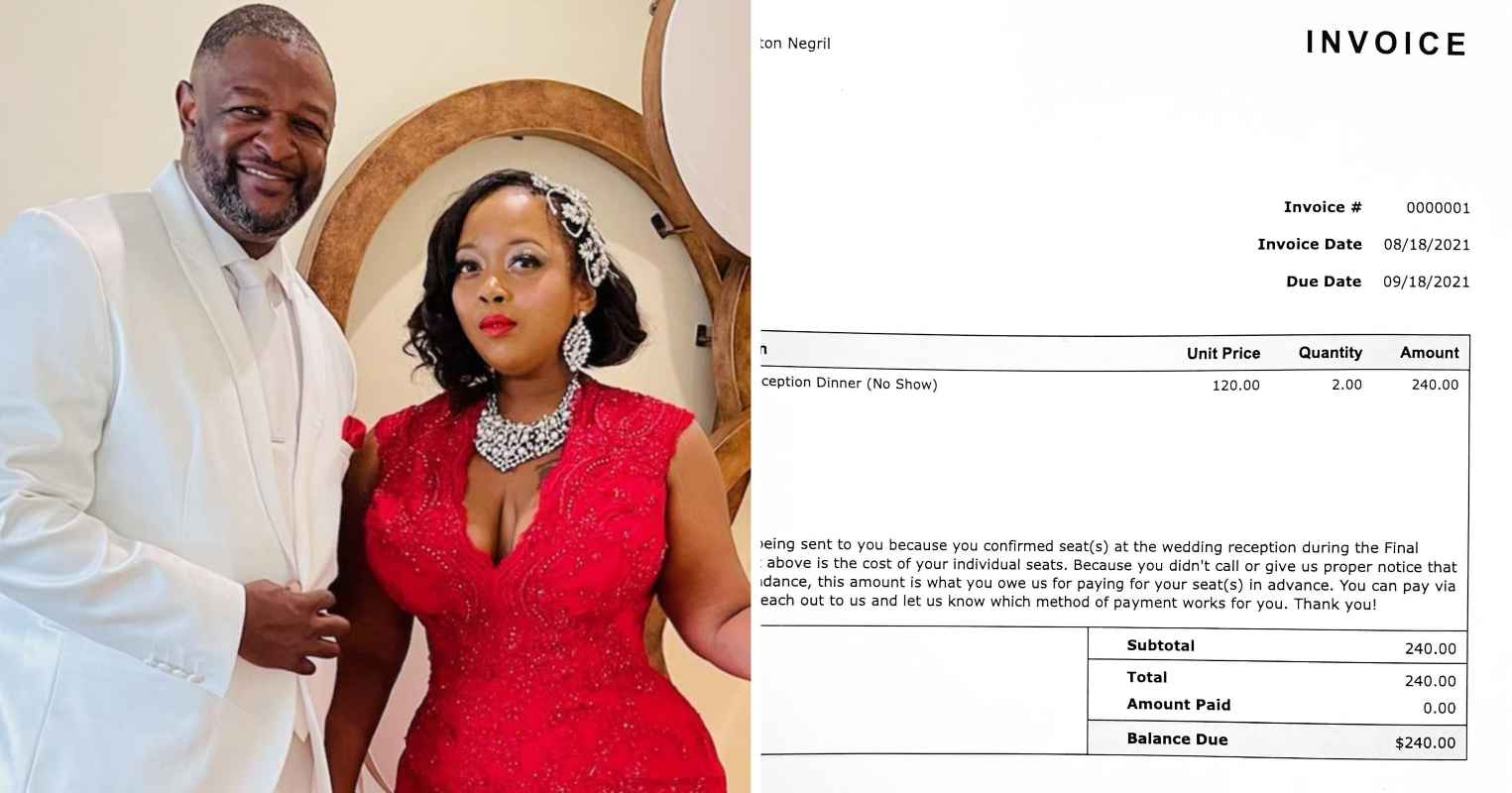 But some guests didn't attend the wedding and the Chicago couple decided to get back at all those people by seeking monetary compensation from them- invoicing the missing guests for a total of $240 to cover the costs ($120 for them and $120 for their plus ones).

A note on the bill reads:

"This invoice is being sent to you because you confirmed seat(s) at the wedding reception during the Final Headcount.

"Because you didn’t call or give us proper notice that you wouldn’t be in attendance, this amount is what you owe us for paying for your seat(s) in advance. You can pay via Zelle or PayPal. Please reach out to us and let us know which method of payment works for you. Thank you!" 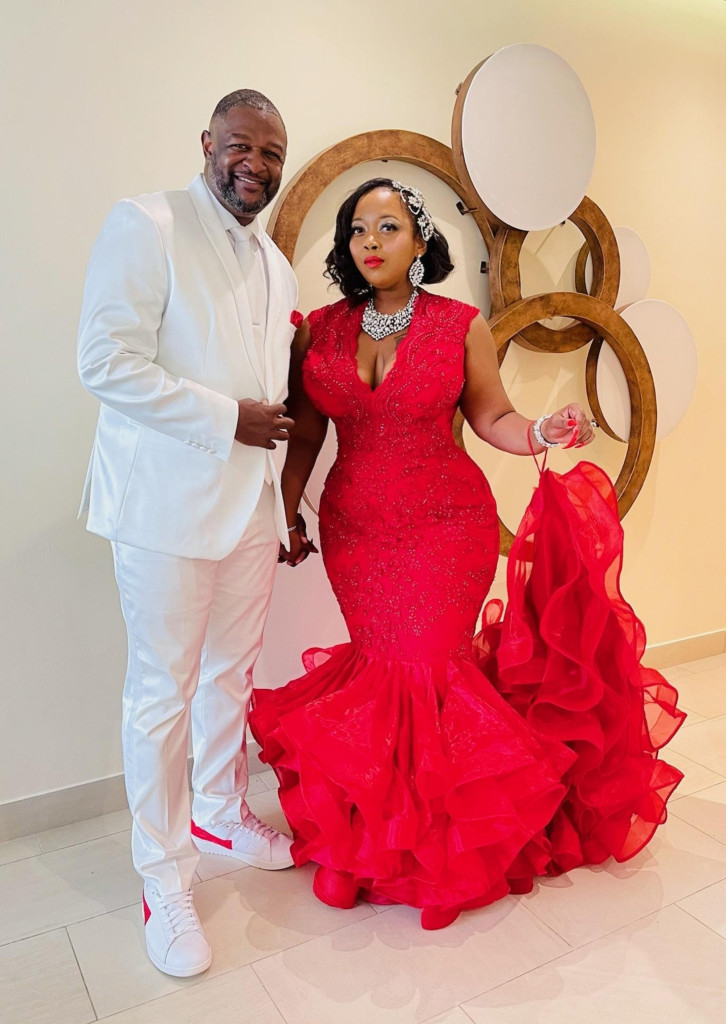 The invoice went viral on social media and people initially thought that it is a distasteful joke played by someone and not real, but Doug and 43-year-old Dedra have confirmed that the invoice is very real.

Doug told The Post that the no-shows "made [him] feel some kind of way".

"Four times we asked, 'Are you available to come, can you make it?,; and they kept saying 'Yes,'" Doug told The Post, adding: "We had to pay in advance for Jamaica — this was a destination wedding."

I don’t think I’ve ever seen a wedding reception invoice before lol pic.twitter.com/ZAYfGITkxP

The groom said that he felt really offended as the no-shows didn't even inform him that they won't be making it to the wedding: "To tell me nothing, but then let me pay for you and your plus ones? Four people became eight people. I took that personally," he said.

I understand being upset about no show guests for a small wedding but sending an invoice is too much. pic.twitter.com/CO7s580x9P

However, the public on Twitter didn't really like the couple's innovative idea and called the invoice action in bad taste.

"I understand being upset about no-show guests for a small wedding but sending an invoice is too much," one Twitter user wrote.

A second added: "That is tasteless. If you cannot absorb or factor in the no shows then don’t have it. Simple."

You RSVPed and didn’t show? If so, that is some lame-ass shit.

However, one person sided with the Simmons, writing: "I get emergencies or last minute changes but not to say anything then I agree with the invoice. That’s a cold cowboy to actually send it though."

Another person who agreed wrote: "I don’t think it’s petty at all. Don’t RSVP to s**t that you know you aren’t going to. People are counting you in and putting money up for you to show up."

I don’t think it’s petty at all. Don’t RSVP to shit that you know you aren’t going to. People are counting you in and putting money up for you to show up.