Posted by Zainab Pervez in News On 19th November 2020

In a TV program telecasted on November 11, Jin Canrong, the Deputy Dean of the School of International Relations of the Renmin University of China, made a startling claim saying the Chinese PLA soldiers had used directed energy weapons (laser weapons) against Indian soldiers during the skirmishes at the Ladakh border. It came weeks after the soldiers brawled with rocks and clubs. 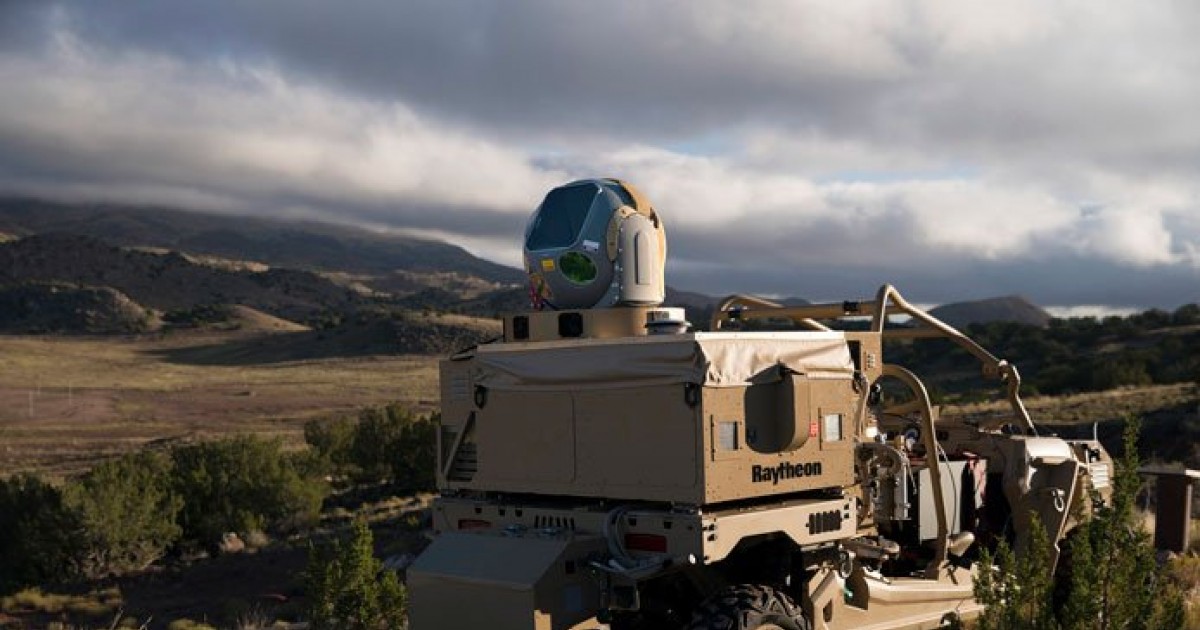 Chinese troops used microwave weapons to make Indian soldiers violently sick, forcing them to retreat during a standoff at the Himalayan border.

Multiple Chinese media outlets reported, it could be the first time such weapons were used. PLA’s “innovative use of microwave weapons” forced the Indian army to retreat. Many variants of the weapons have already been deployed on surface ships and may be installed on drones in the near future.

The weapons were said to have been deployed in late August, weeks after a deadly brawl with rocks and clubs which killed at least 20 Indian soldiers, bringing the two nuclear-armed powers closer to war than they have been in 53 years on one of the world's highest-altitude battlefields, according to The Times. 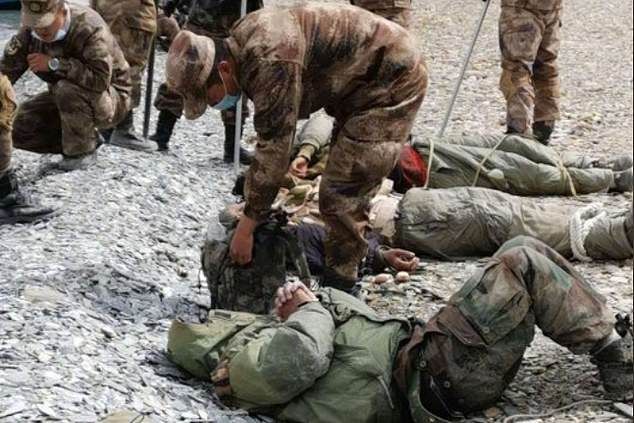 Jin praised the troops for 'beautifully' clearing out the Indian troops without violating the gunfire ban on the disputed border of Ladakh when the Indian soldiers were in control of the top peaks.

Jin told his students that within 15 minutes of the weapons being deployed, 'those occupying the hilltops all began to vomit'.

'They couldn't stand up, so they fled. This was how we retook the ground,' he explained.

Microwave weapons are a part of what is known as directed-energy weapons (DEWs), which were first developed by the US and the Soviet Union during the Cold War.

These weapons are based on the principle that microwave radiation of a certain kind can cause a buzzing sensation in the head, due to a phenomenon known as the thermoelastic effect. Such a weaponized microwave beam may cause a very slight expansion of the brain and produce a sound-like pressure, which strictly speaking is not really sound but can be traumatic.

Broadly speaking, DEWs are of two types – high-energy lasers and high power microwaves. The idea behind both is to use powerful energy beams to hit targets (and in some cases destroy them) without much collateral damage. 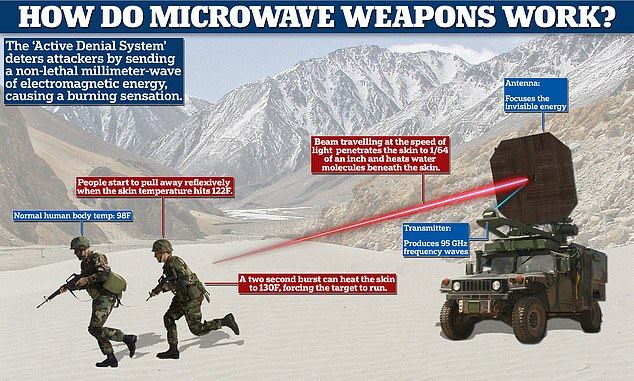 DEWs can inflict a wide variety of damage on an individual including dizziness, nausea, and convulsions. The pain and severity of repercussions can be increased by changing the frequency.

In serious battle-ground situations, laser weapons can knock off rockets and missiles at the speed of light, while microwave-based weapons can use an electromagnetic explosion to take out the entire communication network of the enemy and destroy its electronic equipment.

Both laser and microwave-based DEWs can be lethal or non-lethal. While they both comprise radio waves and light waves, lasers have a shorter wavelength and higher frequency while microwaves have a longer wavelength and low frequency.

India has denied reports that Chinese forces at the LAC used microwave weapons against Indian troops in eastern Ladakh.

India’s Press Information Bureau (PIB) has rubbished these reports. “Some international news portals have published misleading headlines and reported baseless claims related to India-China border stand-off in Ladakh,” the PIB tweeted. “These claims are fake, ADGPI [Additional Directorate General of Public Information] has clarified that no such incident has taken place. Beware of such misinformation.” 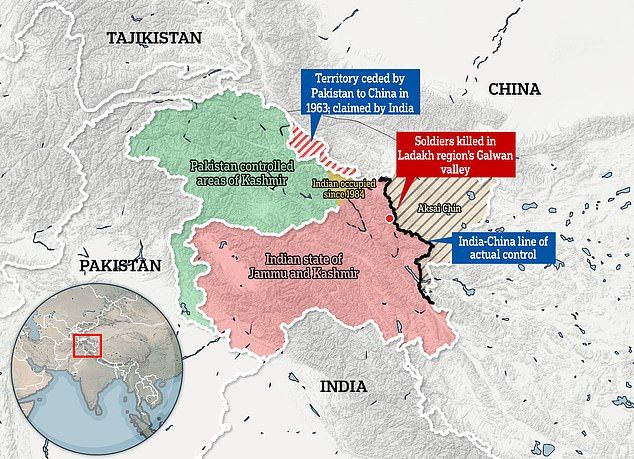 The two countries fought a full-scale war in 1962 and both continue to lay claim to thousands of square miles of territory.

Now both sides are working on discussing a plan of disengagement from the border, because of dropped temperatures and will cease patrolling certain sections.