Posted by Sama in Entertainment On 23rd May 2021
ADVERTISEMENT

Chrissy Teigen is under fire and facing criticism after a number of her old tweets resurface on social media and show her bullying side to the world where the model could be seen shaming others and suggesting people to kill themselves. 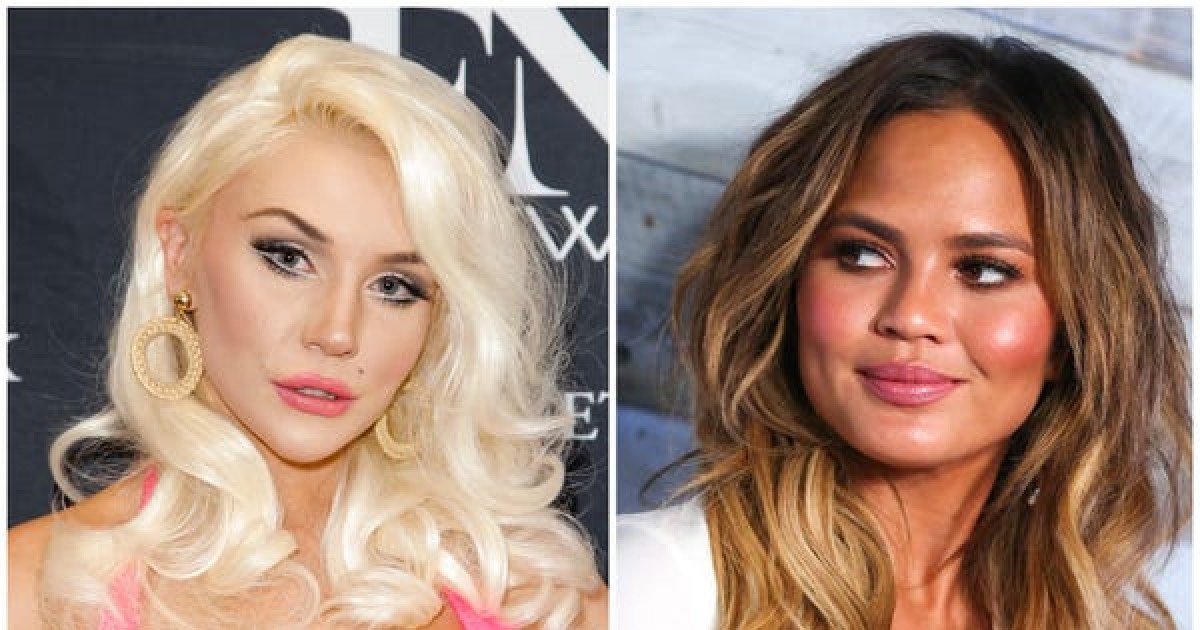 After a controversy between Chrissy Teigen and Courtney Stodden, Teigen's cookware line has been removed from the shelves of Target.

The former model who has a dedicated fan following on her social media and is well known in the world of social media as a witty star who is loved by all found herself in hot water after tweets made in young days made by her resurfaced on Twitter. 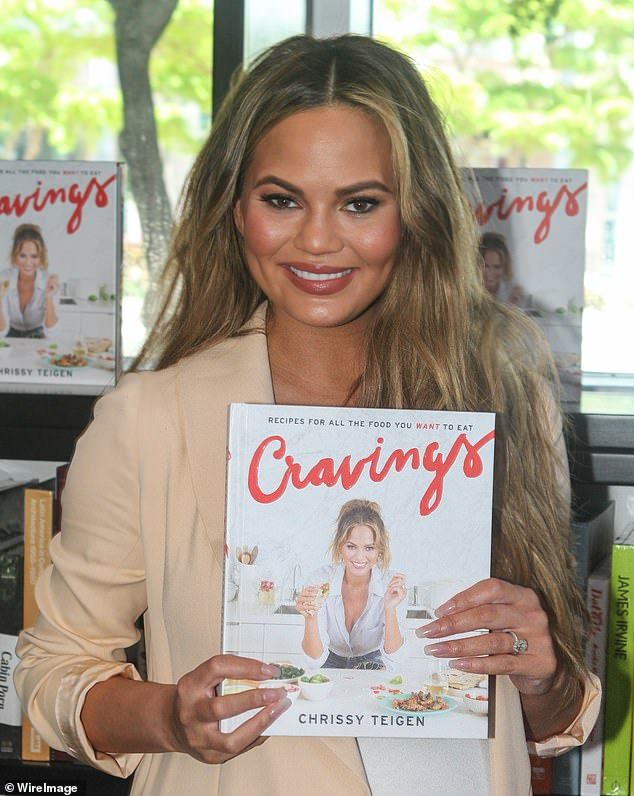 It is important to point out here that this isn't the first time that Teigen is being called out for tone-deaf comments on social media. 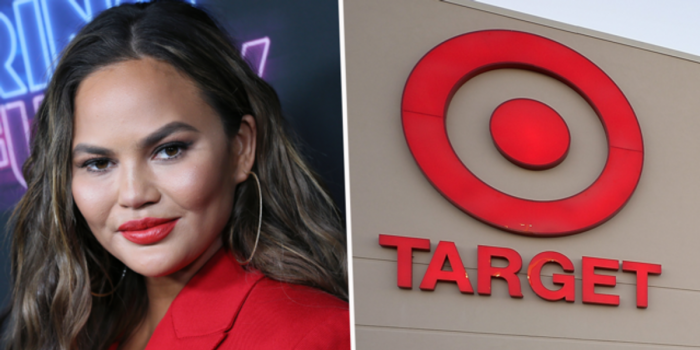 Just last year the former model was called out for an insensitive tweet when she wrote how her mother treats her AirPods like they are disposable. Her 'supposed joke' did not sit well with many and people called her out, for many are struggling financially during the pandemic times.

Not only this but Teigen has also been criticized in the past for making fun of celebrities and shaming stars. For example, she once suggested in her tweets that Lady Gaga isn't a woman, the other time, the oh-so-cool model thought it was a good idea to body-shame pregnant Mariah Carey, and also ridiculed transgender contestants on America's Next Top Model. 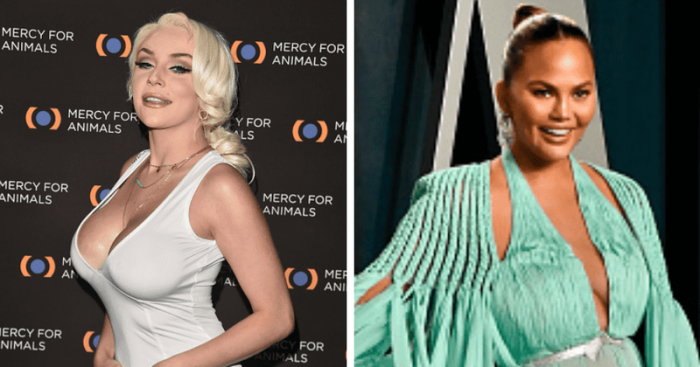 Because of her judgmental Tweets, Teigen has been labeled as a bully by many people.

Now this time, she has become a part of a new controversy, the backlash of which has resulted in her cookware line been removed from Target stores. 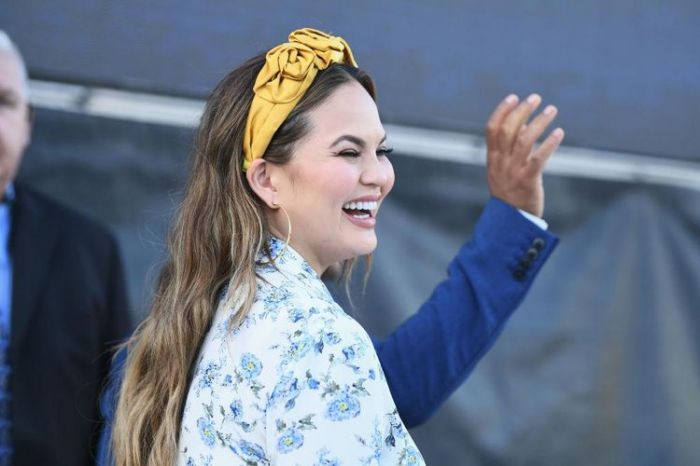 The most recent accusations came from TV personality Courtney Stodden.

As the controversy got out of hand after a series of past tweets and DMs resurfaced and Teigen was bashed for her crude behavior, she was forced to issue a public apology earlier this week to Courtney.

chrissy teigen is a real-life mean girl who has always found joy in being completely rude, dismissive & out-of-pocket towards literal minors (courtney stodden, quvenzhané wallis) towards children as a full-grown mother of 2 & then has the audacity to turn around & play the victim

Courtney who uses they/them pronouns faced backlash back in 2011 when they got married to a 50-year old man at age 16- a relationship they say they now realize they were groomed into.

No one should be surprised by anything #chrissyteigen does.

In an interview, Courtney recently told the Daily Beast that apart from getting really cold and mean direct messages on their social media, Chrissy also sent private DMs encouraging them to kill themself when they were just sixteen years old.

If I had said to Greta Thunberg what Chrissy Teigen said to Courtney Stodden at age 16 I wouldn’t be allowed on Twitter.

Chrissy Teigen faced severe criticism and people bashed her for being part of an online bullying culture and making fun of miserable situations of other people.

What’s wild about the Chrissy Teigen tweets is that she was 26/27 at the time she harassed 16 yr old Courtney Stodden. Imagine harassing a high schooler at that big age? Telling a literal child to harm themself? No ways that’s weirdo behaviour even by 2011 Twitter standards

I don’t want to see her dollar store Regina George-ass tweet about how much it sucks that people hate her ever again.

She has earned public detestation a MILLION times over.

Is the fact that Chrissy Tiegen gleefully participated in the online celebrity bullying culture she now loudly criticizes gonna factor into her apology at all, or no..?

Chrissy Teigan gets a kick out of bullying/traumatizing children + I could never get down with that.

"I'm so sorry, Courtney. I hope you can heal now knowing how deeply sorry I am."

As the situation spiraled out of control, the model took to social media to write an apology and described her past self as "an insecure, attention-seeking troll," adding that the shame and embarrassment she feels is nothing compared to the way she made Courtney feel.

"I am so sorry I let you guys down," she added to her followers, "I will forever work on being better than I was ten years ago, 1 year ago, 6 months ago."

Not a lot of people are lucky enough to be held accountable for all their past bullshit in front of the entire world. I’m mortified and sad at who I used to be. I was an insecure, attention seeking troll. I am ashamed and completely embarrassed at my behavior but that...

"I accept her apology and forgive her. But the truth remains the same, I have never heard from her or her camp in private. In fact, she blocked me on Twitter. All of me wants to believe this is a sincere apology, but it feels like a public attempt to save her partnerships with Target and other brands who are realizing her 'wokeness' is a broken record."

Just when things seemed to settle a bit, conservative author, Candace Owens, embroiled herself in the mix.

Everything about Chrissy Teigen’s record on social media indicates mental derangement but telling a 16 year old girl that you fantasize about her being dead?

That takes the cake.

Why does @Target sponsor this trash? pic.twitter.com/PjWy4E4zIz

The controversial public figure didn't just stop there and pulled some old tweets from Twitter that were sent by Chrissy to Courtney.

"Everything about Chrissy Teigen's record on social media indicates mental derangement but telling a sixteen-year-old girl that you fantasize about her being dead? That takes the cake. Why does @Target sponsor this trash?"

Candace then shared another dirty tweet of Chrissy Teigen targetted towards Sarah Palin.

"Chrissy Teigen also pleaded with Sarah Palin to commit suicide by shooting herself in the face. @target is still carrying her products."

Chrissy Teigen also pleaded with Sarah Palin to commit suicide by shooting herself in the face. @target is still carrying her products. https://t.co/3LuA7SKFL6

Candace tagged Target's official page in both tweets and asked the business giant to answer why it has been selling Chrissy's cookware range, Cravings by Chrissy Teigen, since 2019 when the model is such a big bully. 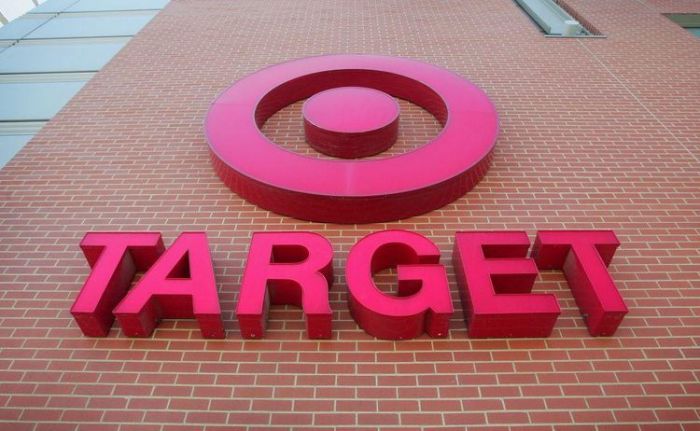 However, a source close to the model told Daily Mail that the partnership ended in December last year and had nothing to do with the ongoing bullying controversy.

Target then confirmed the news about discontinuing the cookware

"We made the mutual decision in December to no longer carry the cookware line, given our continued focus on brands we develop and that can only be found at Target."

Though TMZ source continued that Teigen's cookware is still available in the wider world, "most notably on [Teigen's] own website and through several other retailers."

The model is yet to respond to the controversy surrounding her cookware line.