Posted by in Social Issues On 5th September 2021
ADVERTISEMENT

An infuriating TikTok video has people appalled as three young Tiktokers proceed to spill milk all over the aisle of a grocery store for the sake of a TikTok video as the owner looks shocked and disappointed in the video. 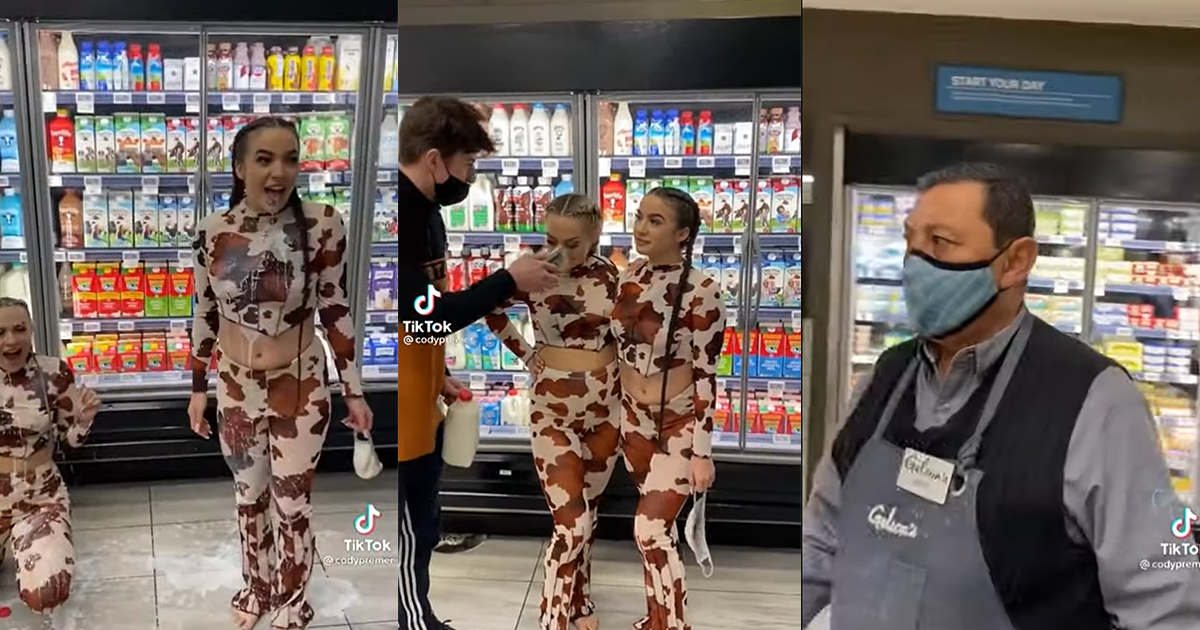 Posted by @Codypremer, the video is difficult to watch, not only for the fact that it seems to feature minors but also because of the sense of entitlement and recklessness that they exhibit towards someone else’s property.

Full video on my INSTA‼️

The video starts with a young man interviewing two girls standing in cow print outfits. The boy asks the girls what their name is to which they seemingly reply, “More than your rent.” 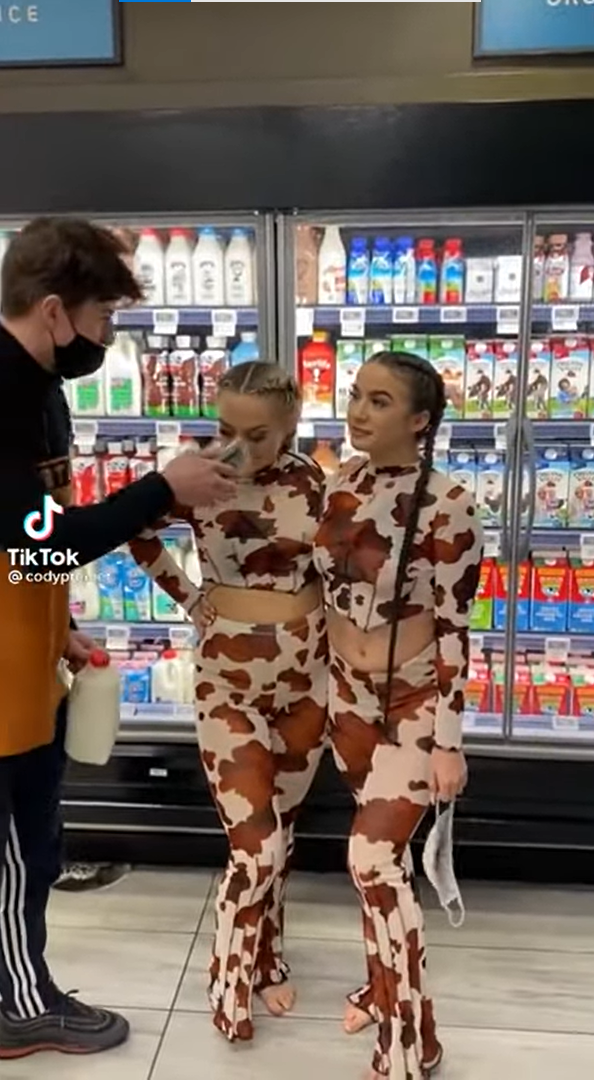 He then says something to the tune of, “You look like cows, do you want milk?” 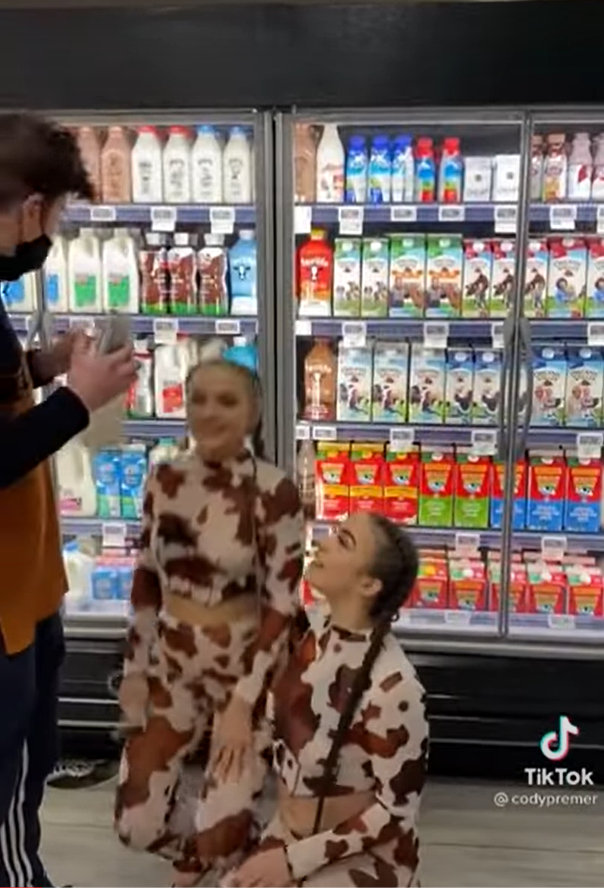 He has grabbed a bottle of milk from a nearby shelf and pours it over the girls as they have bent down on their knees. 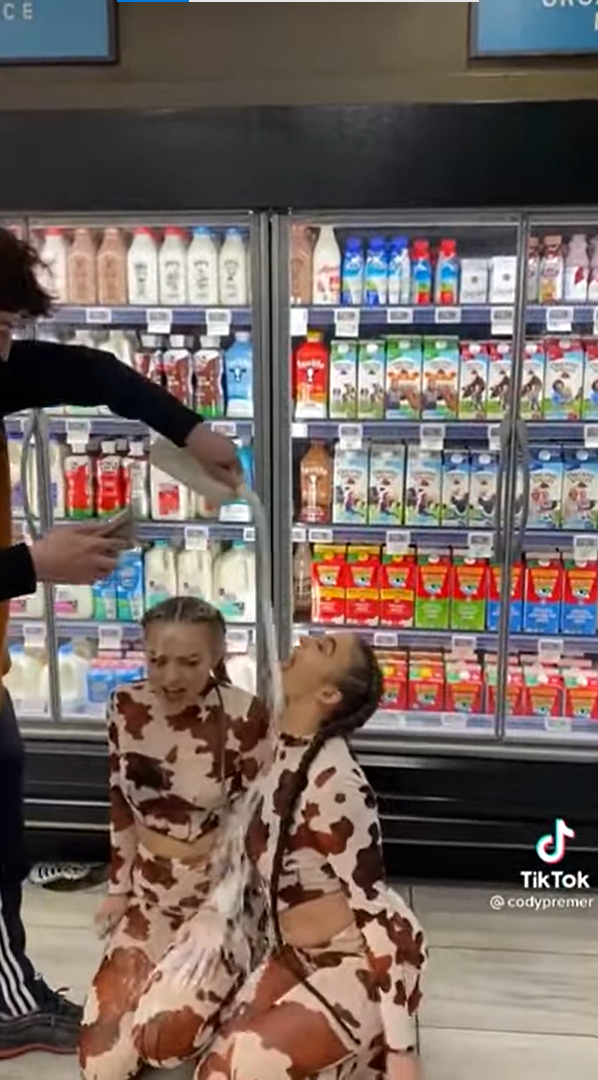 The milk spills over them and onto the aisle creating a huge mess as the owner of the store can be seen quickly walking towards them saying, “hold on, hold on, hold, no no no.” 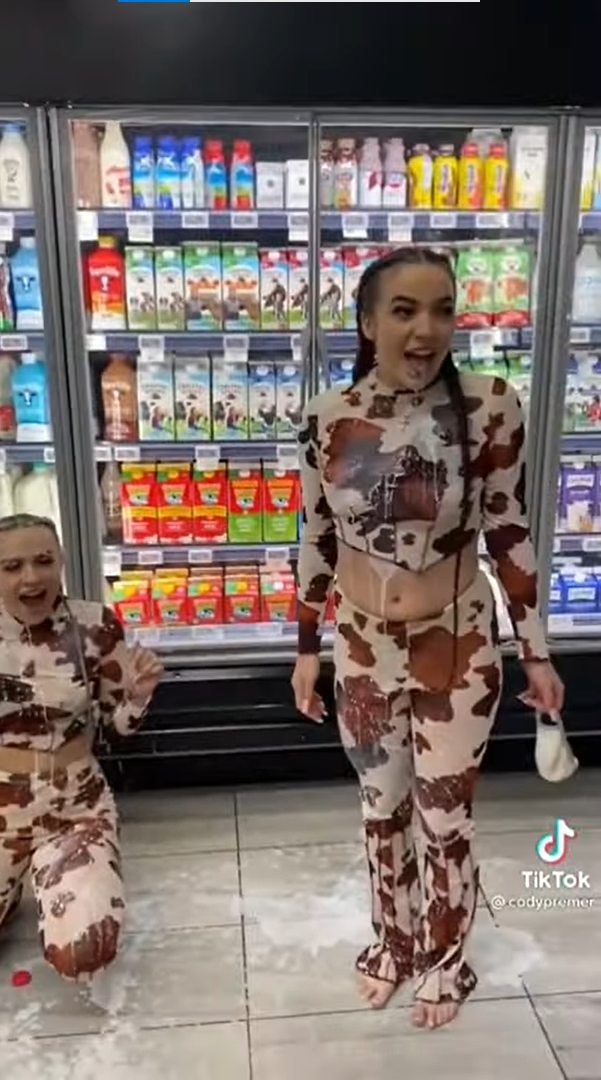 The video then cuts out but was posted for laughs at the expense of the store owner who also presumably had to clean up the mess that the three deliberately made. 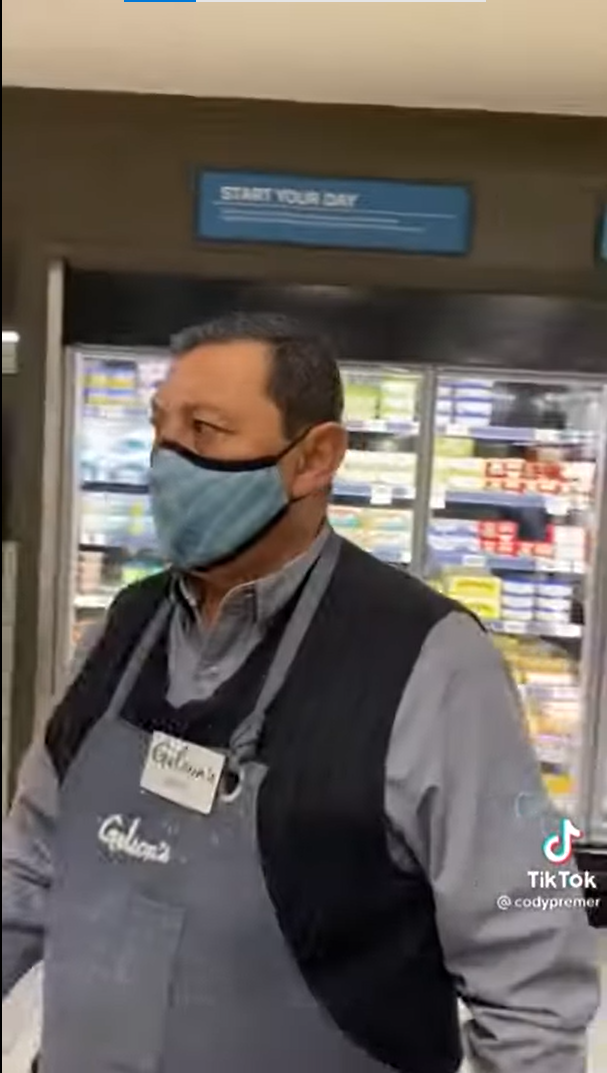 Needless to say, the internet was appalled and demanding an apology from the children and hoped that they at least had the decency to clean it up.

Others were just embarrassed by the behaviour.

This commenter was just appaled by what the younger generation found funny.

Others however paid attention to the finer details and pointed out that they hadn't even worn shoes to the store.

This commenter however summed it up rather well saying that they did all this for a small amount of attention.