Clown Shames A Mom Who Refused To Let Her Son Have Butterfly Face Paint Instead Asked For Skull And Crossbones.

Posted by Zainab Pervez in News On 17th February 2021
ADVERTISEMENT 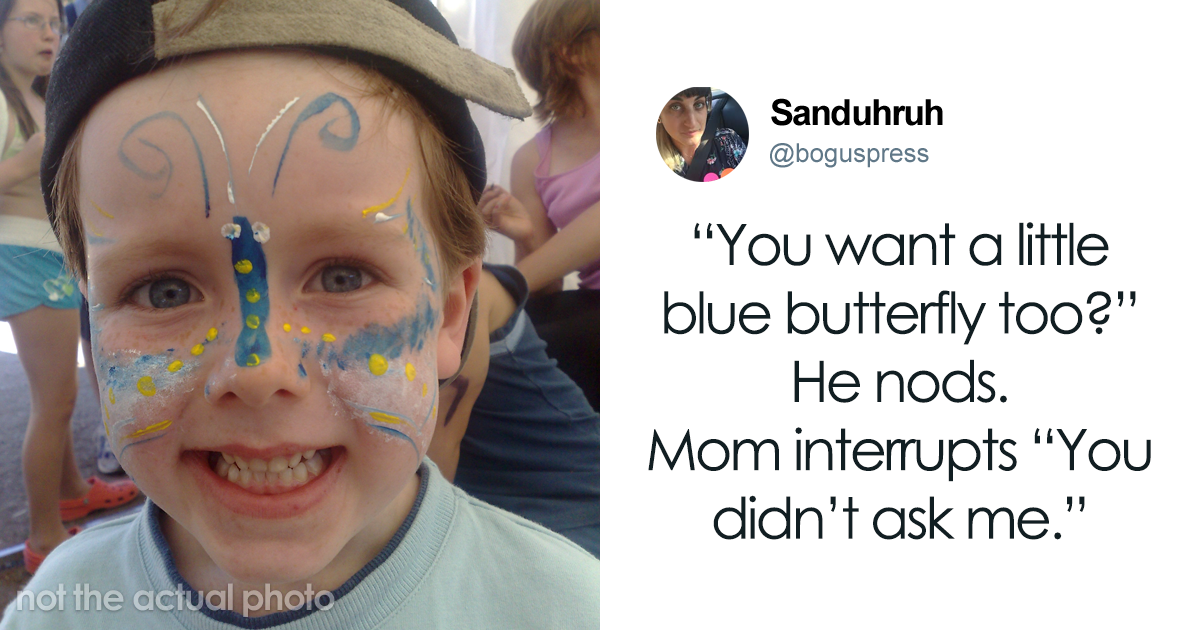 ADVERTISEMENT
From a young age, children are taught to conform to gender norms, however, sometimes it can get really out of hand. Twitter user Sandra, who works as a clown and paints children’s faces, decided to share a sad experience she witnessed that highlights gender stereotypes. During a picnic, a boy asked her to paint a blue butterfly on his face, but his mother intervened. She forbid the boy from getting a butterfly and demanded that Sandra paint something more ‘masculine’. This encouraged Sandra to voice her opinion on what happens to boys who are shamed for liking ‘feminine’ things and are forced to be hyper-masculine instead. 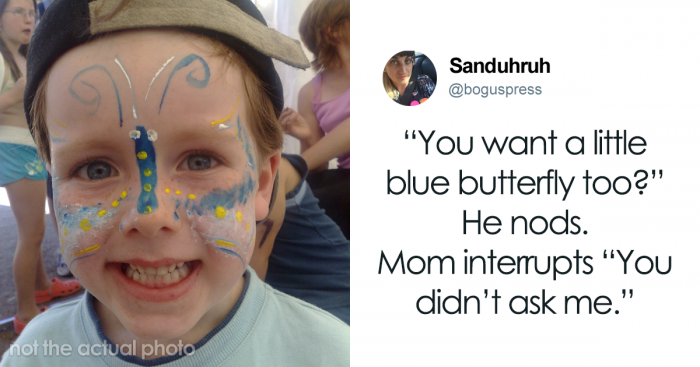 The story was originally told in 2017, but has once again gone viral, with a message as important today as it was back then.
During a picnic, a boy requested that she paint a blue butterfly on his face, but his mother objected, demanding that Sandra paint something more “masculine”. After the incident, Sandra took to Twitter to convey her unease over this kind of behaviour and the damaging impact it can have on children in later life. Specifically, she highlighted that expecting men to be tough from a young age can lead to a culture of violence.
credit: boredpanda
ADVERTISEMENT