Posted by Sama in Sports On 23rd June 2022
advertisement

USA swimmer Anita Alvarez was almost to the end of her routine in the solo free final in artistic swimming when she fainted and sank to the bottom of the pool. The lifeguard at the event failed to take timely action and this prompted her coach to jump into the water fully clothed and with help of another swimmer, she managed to bring Alvarez to the corner of the pool. 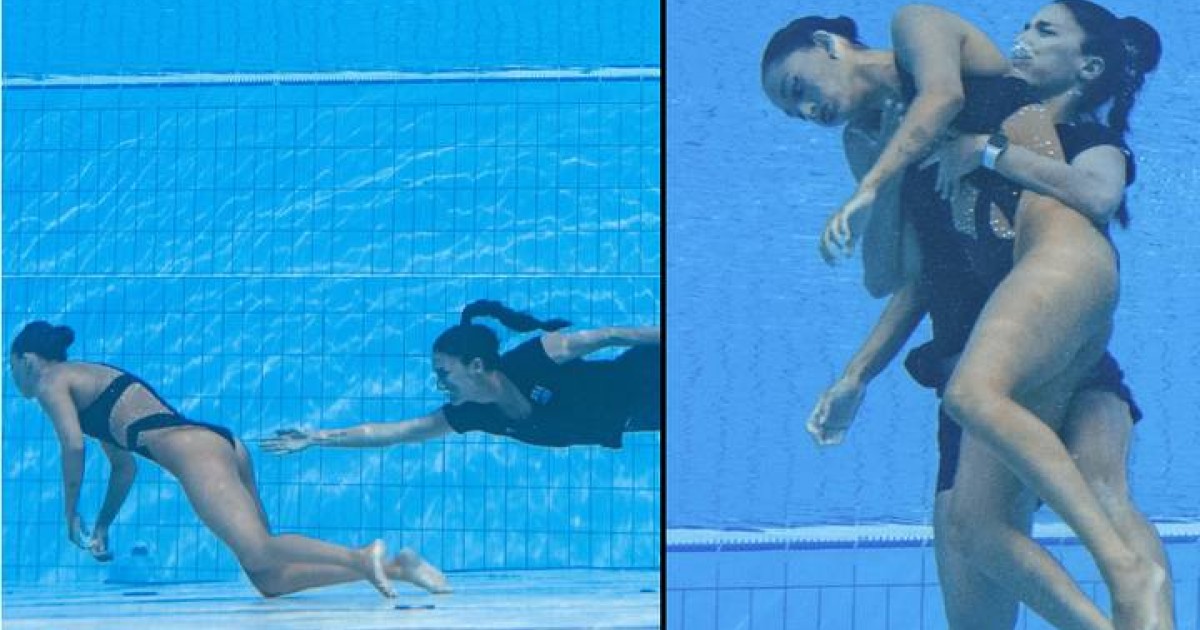 A swim coach who jumped into the water to save her swimmer has assured the world that she is doing 'very well' after fainting in the pool during the 2022 FINA World Championships.

Reportedly, the USA swimmer Anita Alvarez was almost to the end of her routine in the solo free final in artistic swimming on June 22, Wednesday when she fainted and sank to the bottom of the pool.

Lifeguards at the event did not respond quickly to the incident and this prompted Alvarez's coach to jump into action and jump into the pool fully clothed to pull her swimmer out. 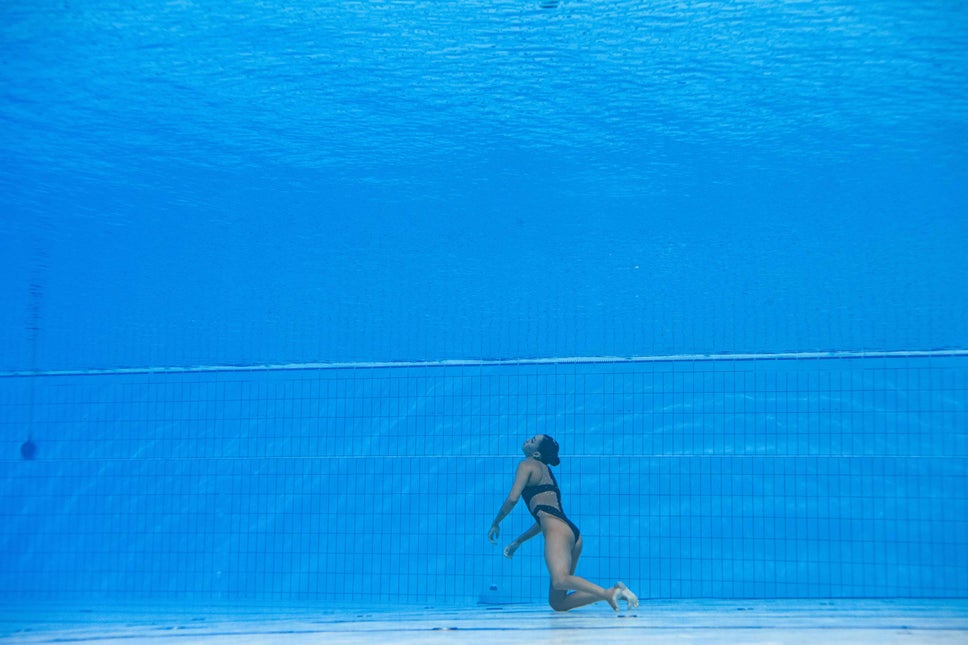 Talking to MARCA after the event, Fuentes described the event as a 'big scare'.

The coach continued (translated): "I had to jump in because the lifeguards weren't doing it. I was scared because I saw she wasn't breathing, but now she is doing very well."

Images of the dramatic event have been captured on camera by AFP photographer Oli Scarff, who documented Alvarez sinking in the pool before Fuentes brought her to the surface.

Reportedly, another swimmer helped Fuentes in bringing Alvarez to the pool's edge, and then she was lifted out of the water and put on to a stretcher to receive medical attention. 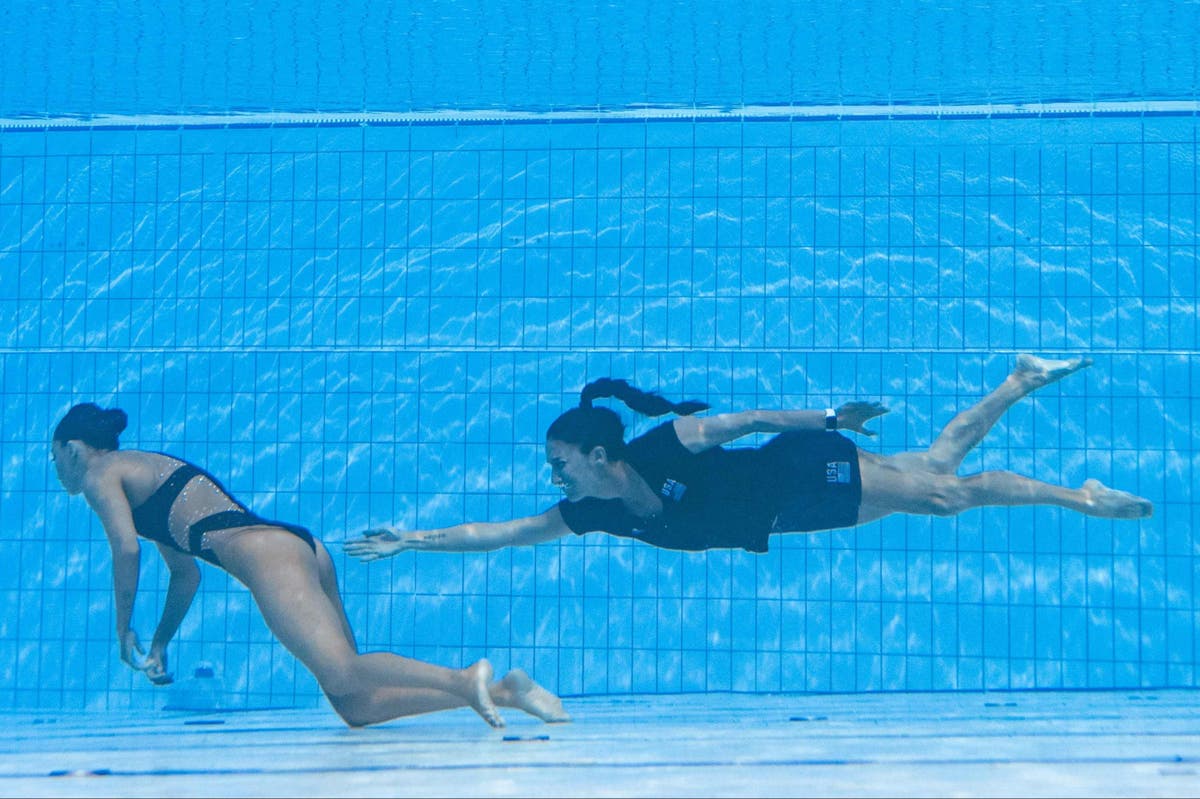 The coach later announced plans for the swimmer to 'rest all day' on Thursday, saying in a statement: "The doctors checked all vitals and everything is normal: heart rate, oxygen, sugar levels, blood pressure, etc … all is okay."

"We sometimes forget that this happens in other high-endurance sports. We all have seen images, where some athletes don't make it to the finish line and others, help them to get there," Fuentes continued. 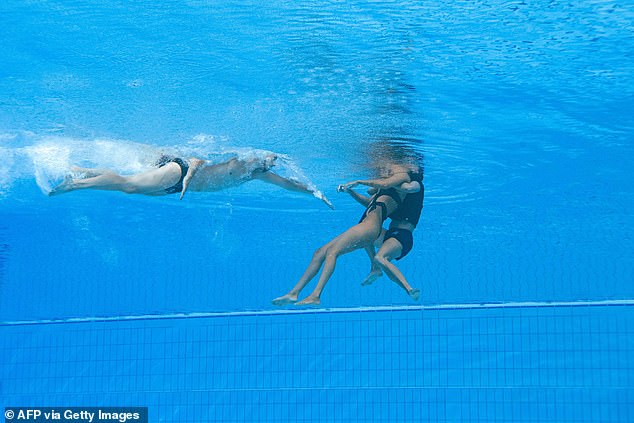 "Our sport is no different than others, just in a pool, we push through limits and sometimes we find them. Anita feels good now and the doctors also say she is okay. Tomorrow she will rest all day and will decide with the doctor if she can swim free team finals or not. Thank you for all of your well wishes for Anita."

According to CBS Sports, Alvarez is set to undergo a few tests to figure out what caused her to lose consciousness, and reportedly this is not the first time she has fainted in the pool.

Alvarez previously lost consciousness at the end of a routine during an Olympic qualification event in June 2021, when Fuentes again dived in to rescue her.

The swimmer ended up coming in seventh place on Wednesday with a score of 87.6333. 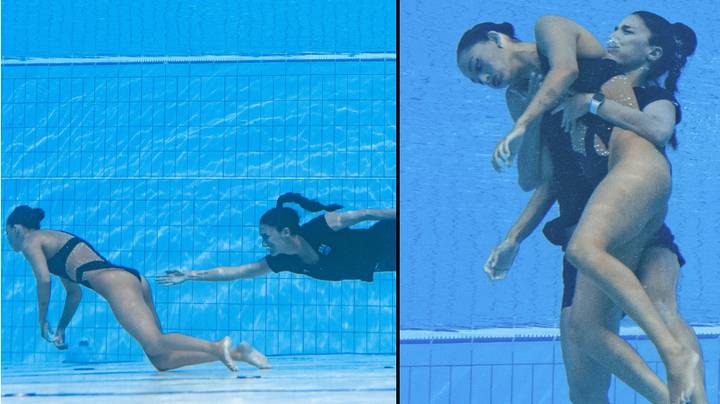