Comedian Destroys Heckler Who Leaves Gig Without Her Mum

Posted by Annie N. in Entertainment On 12th December 2021
advertisement

Kevin McCaffrey shared a video of his gig where a heckler was so offended by his response that she stormed off in a huff. Only problem was that she left her mother behind in the audience creating an awkward moment. 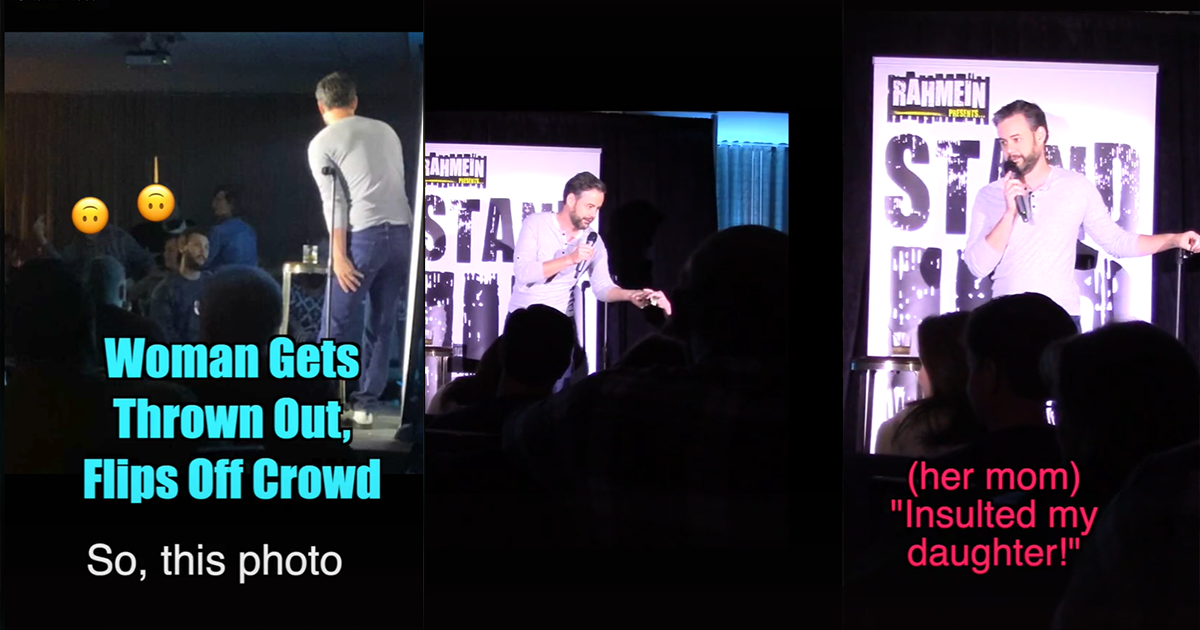 Comedians meet their fair share of hecklers and are super skilled at firing back. Pro tip: If you want to stay away from the line of fire at a comedy show, skip the first few rows, keep your mouth shut and just laugh along.

This woman however did not have this handy guide when she walked into ken McCaffrey’s stand-up gig along with her mom.

Kevin was doing this routine as she continued to be a problem audience member, shouting during his set and that of every comedian that night. 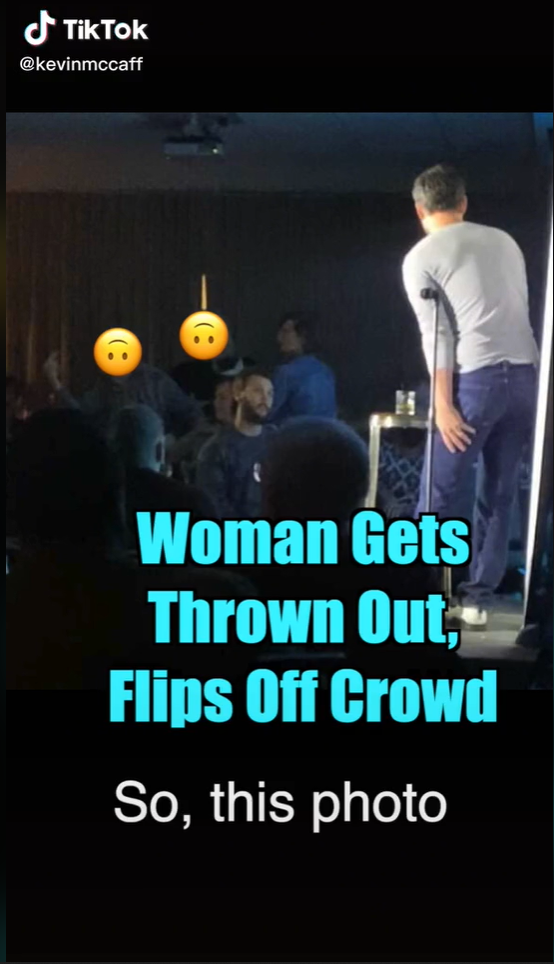 After seeing her behaviour earlier, he decided to put a stop to it there and then.

When she raised her hand up to chime in, McCaffery simply said in a deadpan manner, “no.”

He then said, "I guess it’s progress, you raised your hand," 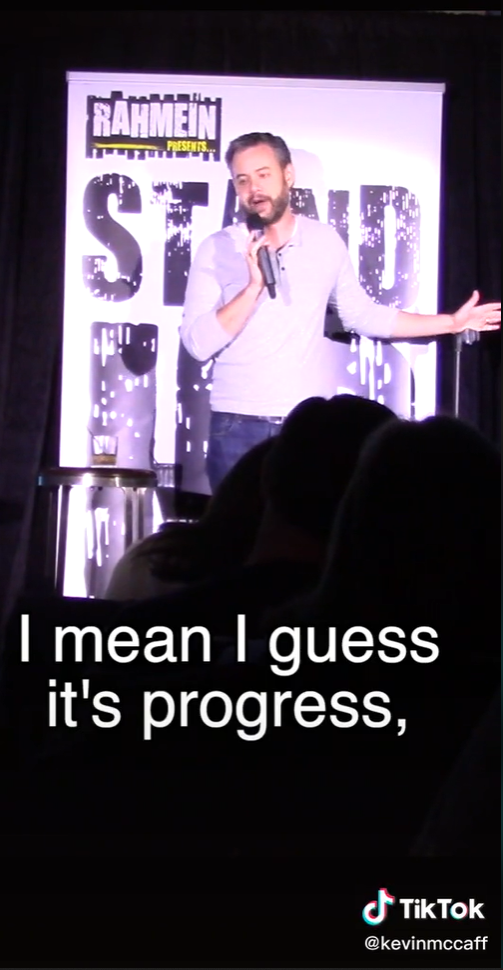 The woman, immediately offended said, "Is it funny to be an a**hole?"

Kevin fires back, "Well, no one thinks it’s funny when you do it."

"What did you think was going to happen here today? Did you know that we [the performers] were going to talk?"

She replies, "Does it not help when people interact?" only to get another blunt, “no”. 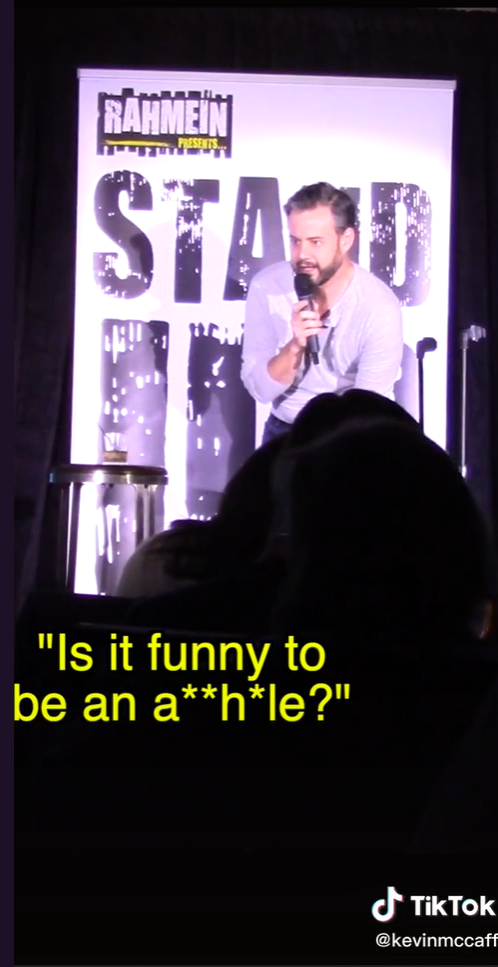 The audience laughs in an uproar which seems to further aggravate the woman who stands up to exit. She can be heard complaining about spending $20 per ticket.

He tries to return the cash only for her to throw it at him. As the cash flies onto his while on stage, he says that he feels “sexy”. 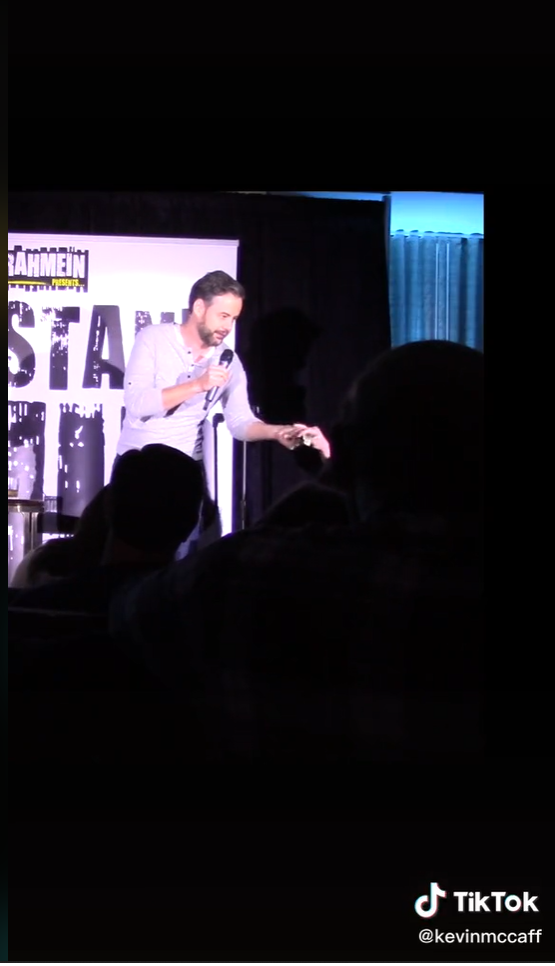 Her grand exit however is dampened a little as she appears one second later remembering that her mother is still in the room. 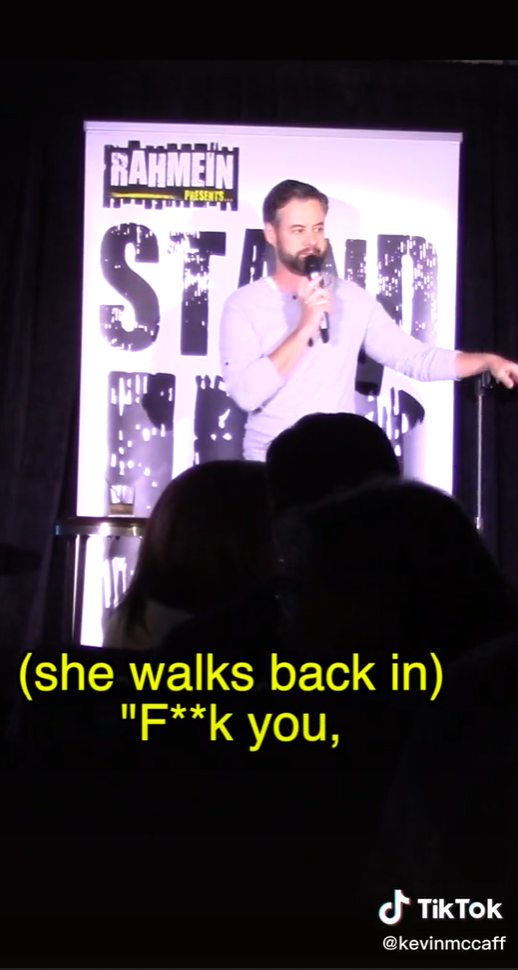 The mother too calls Kevin an a**hole while the daughter says “f*ck you” to the audience. You know what they say about apples and trees.

Strangely enough, Kevin has been receiving death threats from several accounts after uploading this video.

"The fact that I’m currently getting a lot of death threats from 1 person/several profiles is —if you know me at all — pretty funny."

He then shared screenshots of the messages which say, "I hope you f***ing die" while calling him a "worthless piece of s***".

People defended Kevin and clarified that while crowd work is a thing, only certain comedians do it. If it hasn't been initiated, then 'participating' ruins their set.

Others wondered why she would go, if she was going to have an attitude during it.

Others were just stunned at how she could have forgotten her mom after all the theatrics.