The thought of humans forced to stay at home and roads being empty to the point that animals start roaming there, is like a plot from a psycho-thriller movie. We always enjoyed those zombie apocalyptic movies where the world is shown on the verge of ending and there is chaos everywhere. Never in the wildest dreams, one would have imagined that few years down the lane, we will actually experience such a scene in our real lives. This lockdown and quarantine have forced us to look at life from a new point of view. One major lesson these social distancing times is teaching us is not to take our freedom for granted.

Not long before lockdown, one major crisis the world faced was global warming and climate change because of the uncontrolled pollution. It was an issue that was almost out of the hands and it looked like the world will end soon because of these crises.

But it looks like the lockdown and social distancing times have changed this scenario. So, one good thing we are getting out of this lockdown is the drastic positive impact it has caused on the environment. Here are some of the before and after pictures taken from around the world and needless to say the change is surprising and new hope for a fresh start for humans. 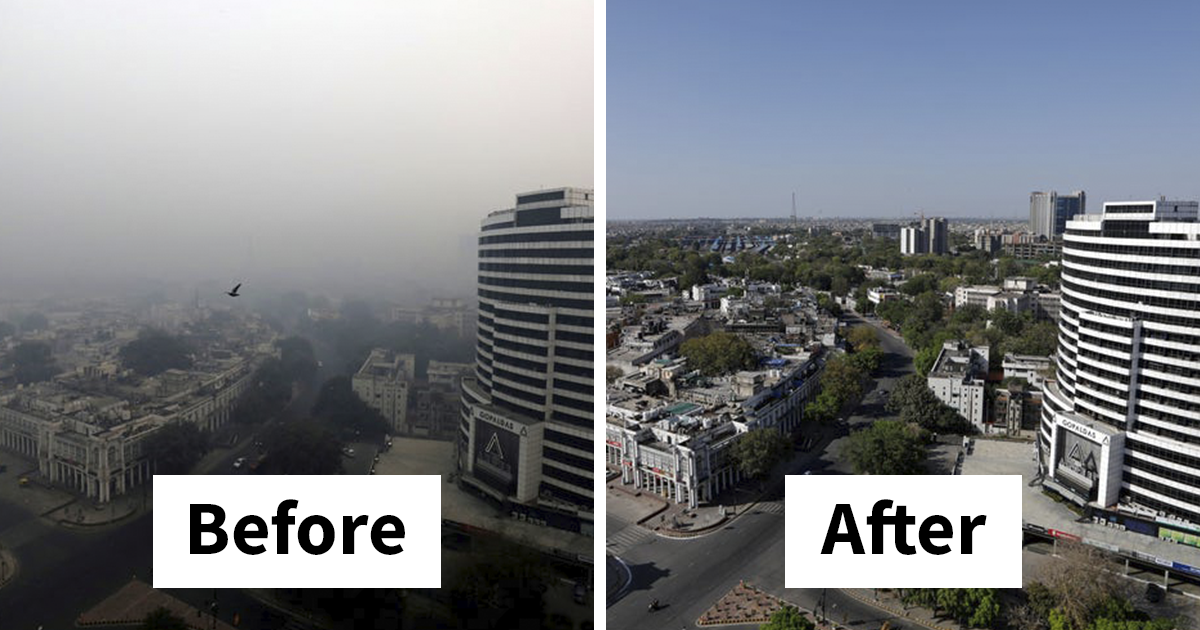 Above you can see the India Gate war memorial in New Delhi on October 17, 2019 compared to a picture taken 21 days after a nationwide lockdown has been announced. According to Reuters, New Delhi is currently experiencing the longest “spell of clean air” to date. 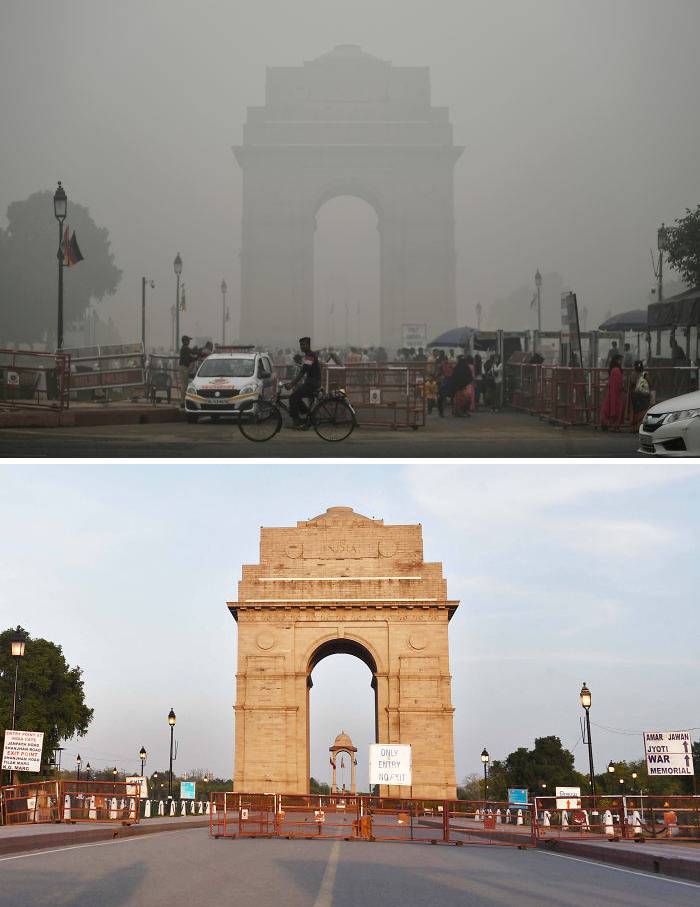 If there’s something LA is widely known for, it’s its smog. However, Business Insider reports that reduced traffic and fewer planes has improved air quality significantly. 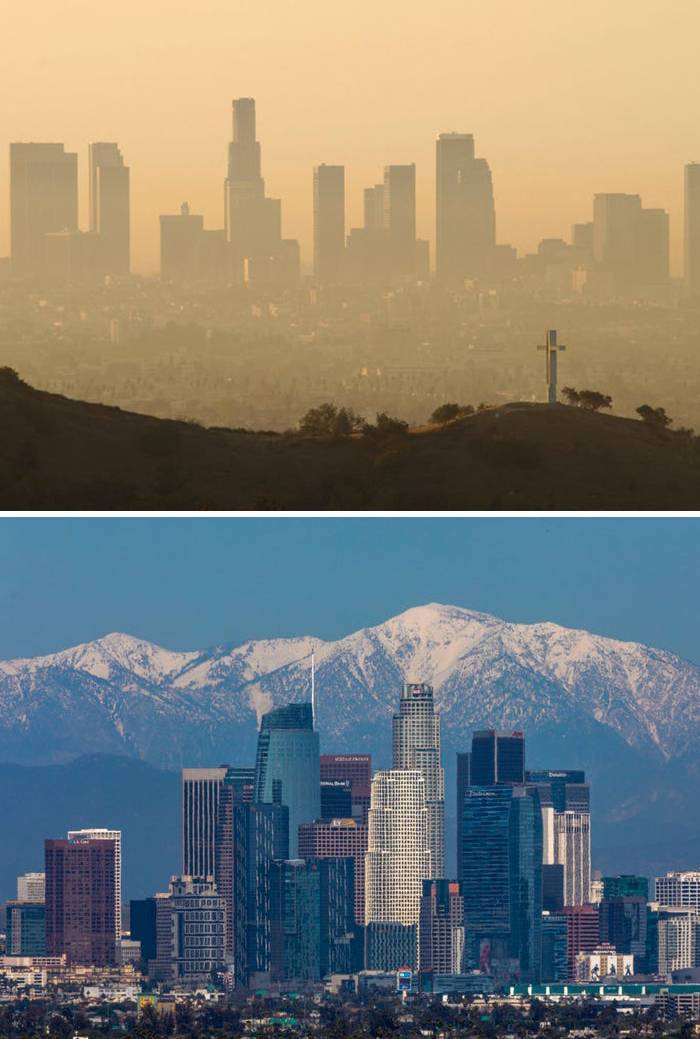 The top picture was taken on November 8, 2018 and the one on the bottom was taken this year on the 8th of April. 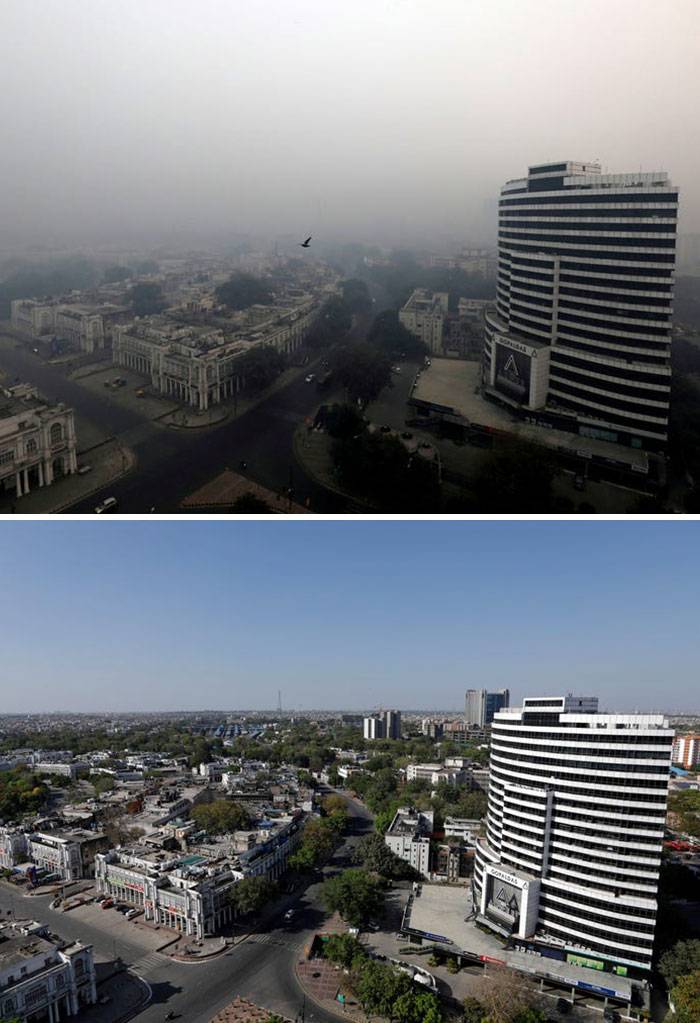 According to BBC, Milan is one of the most polluted cities in Europe. However, the current lockdown has caused the smog to clear up. The bottom picture was taken on April 17, 2020 and the top one just 4 months before. 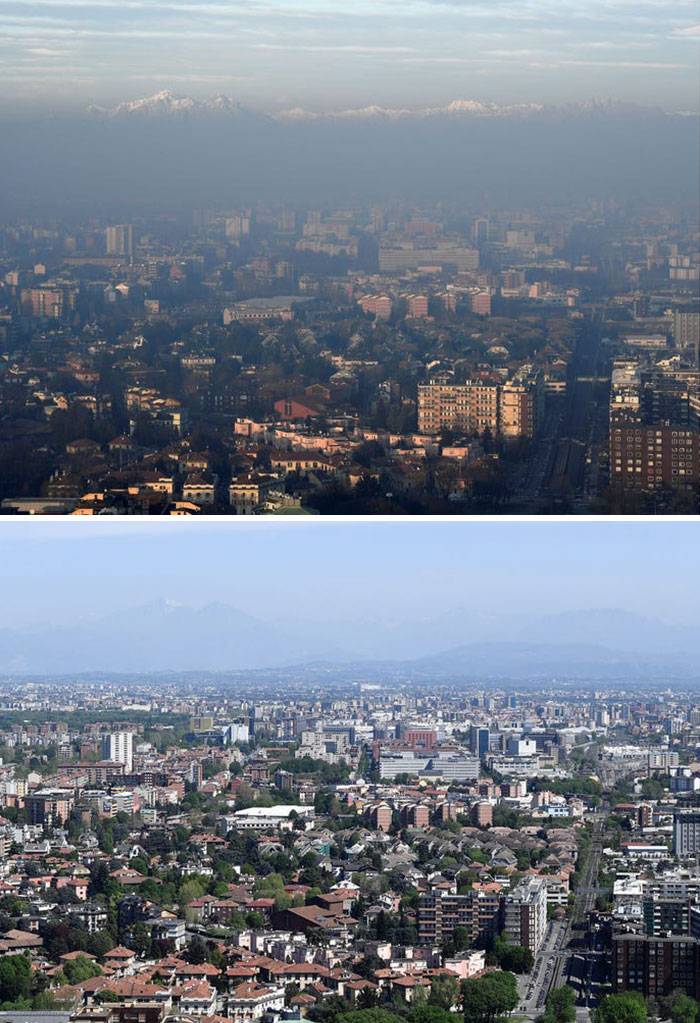 In the satellite photos captured by the Copernicus Sentinel-2 mission you can clearly see that the reduced boat traffic has caused Venice’s canals to clear up. 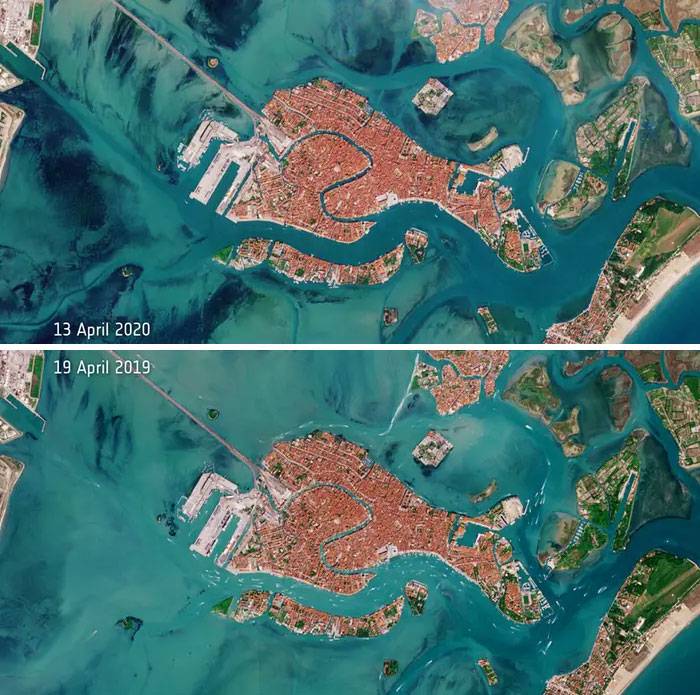 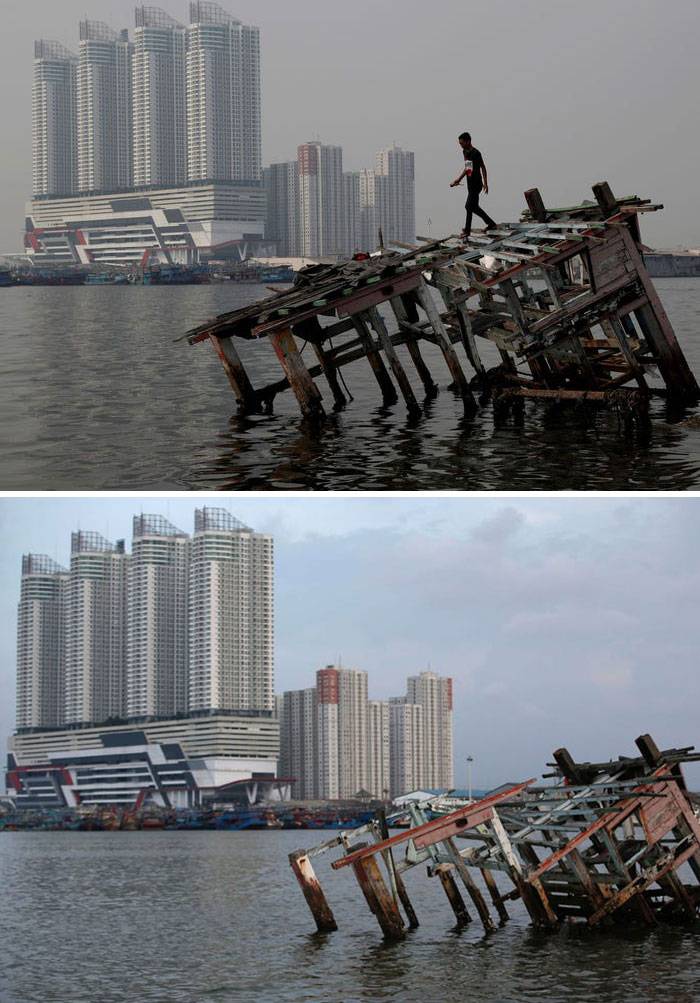 In an interview with CNN, Venice mayor’s office reported that reduced levels of boat traffic has caused the sediment to stay in the bottom of the canals. 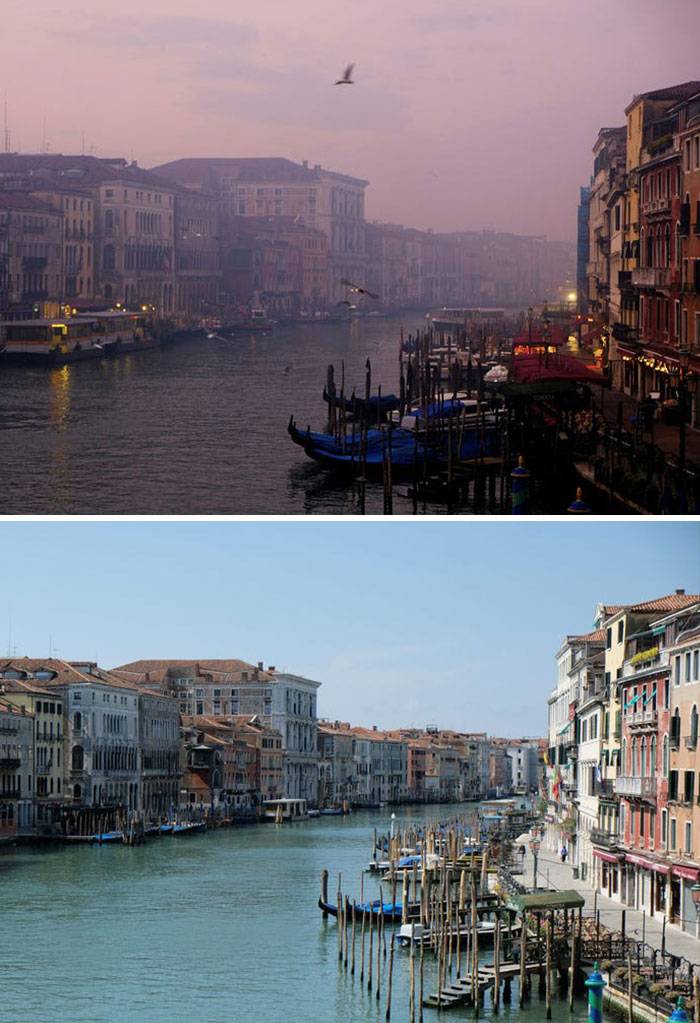 According to NY Times, 14 of the 20 most polluted cities in the world are located in India. However, water of the Yamuna River in New Delhi has cleared up significantly since the lockdown began. Ten top photo was taken on March 21, 2018, and the bottom one was taken on the 8th of April of this year. 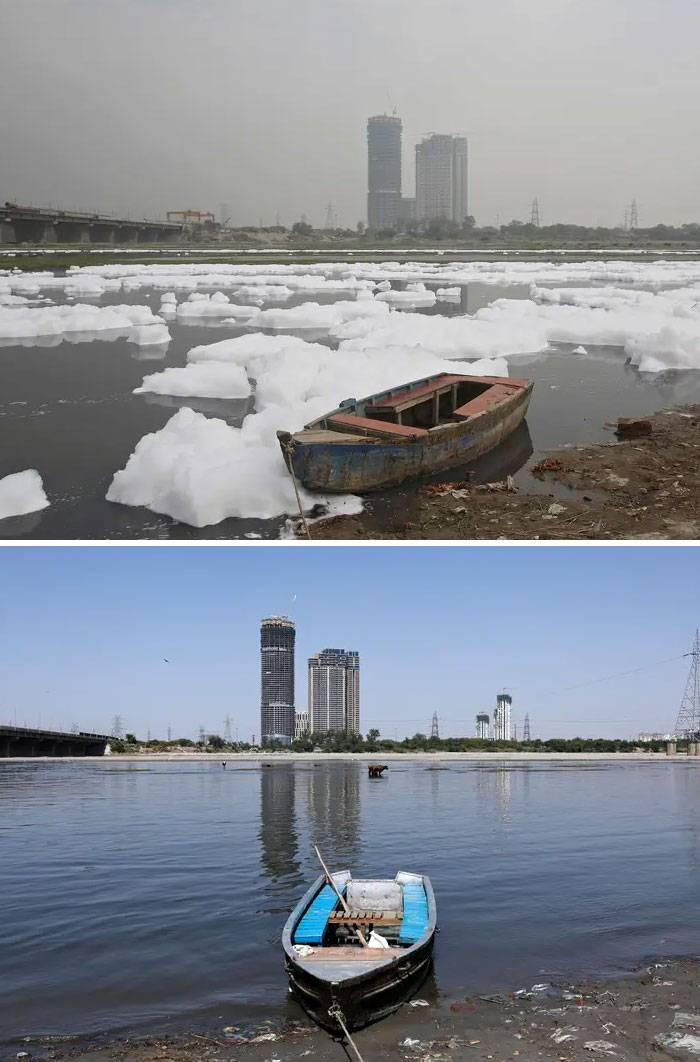 The Jakarta Post reports that the city was named the fifth-most polluted capital in the world back in 2019. Although ever since the social restrictions were issued in March, the pollution levels have dropped quite a bit. The top photo was taken on July 4, 2019 and the bottom one on April 16, 2020. 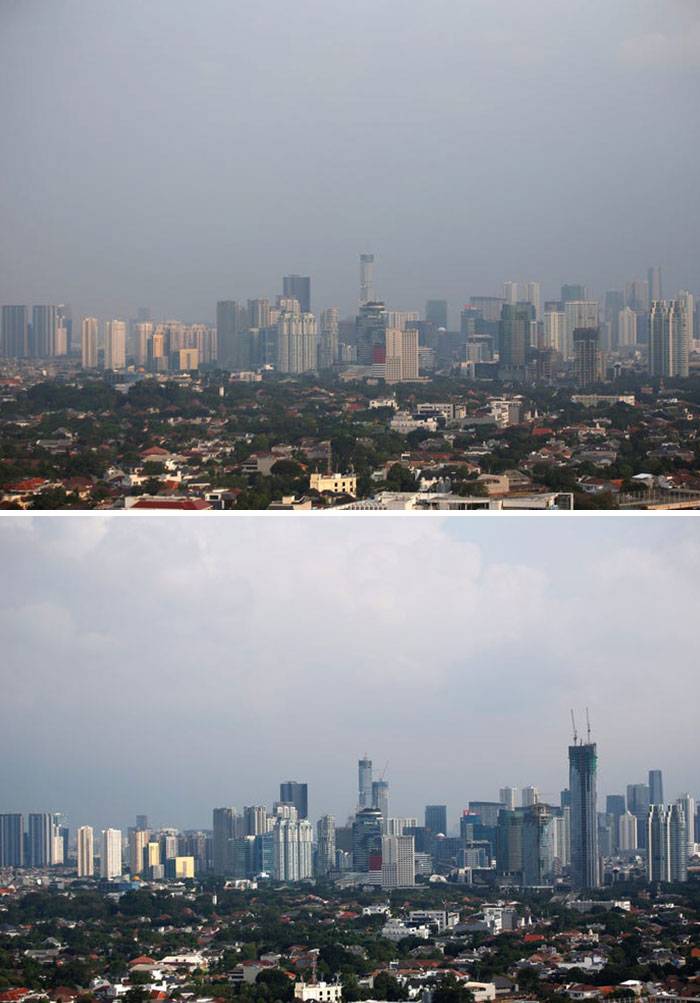 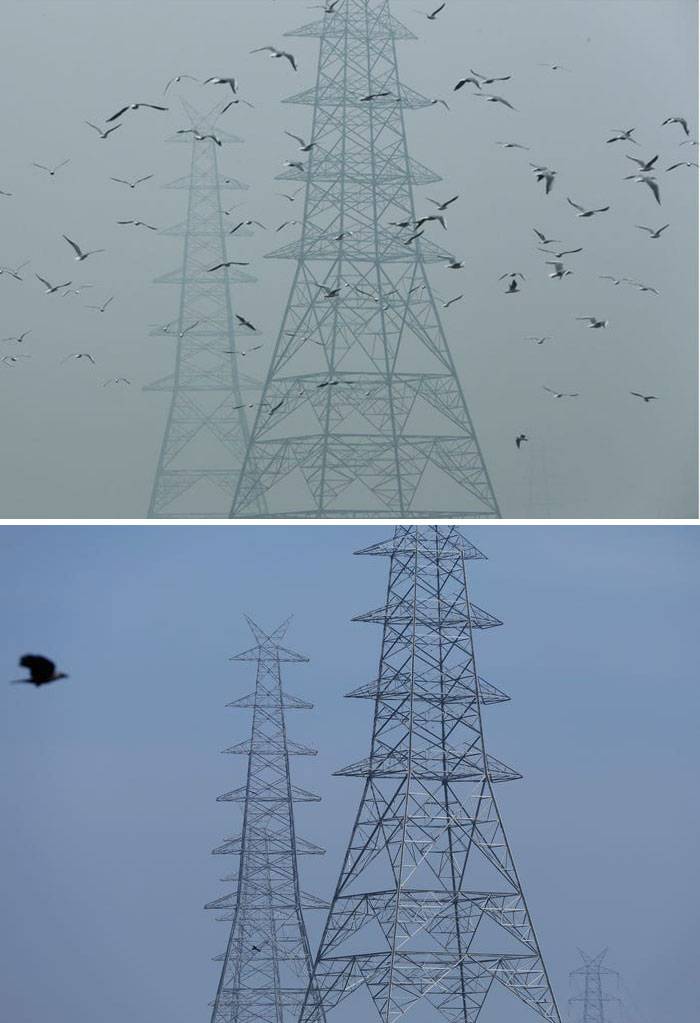 Back on the 2nd of April Dawn reported that Islamabad’s air quality was dropping. However, ever since the lockdown, it seems to have been improving. The top photo was taken on August 3, 2017 and the bottom one was taken just a few days ago, on the 20th of April. 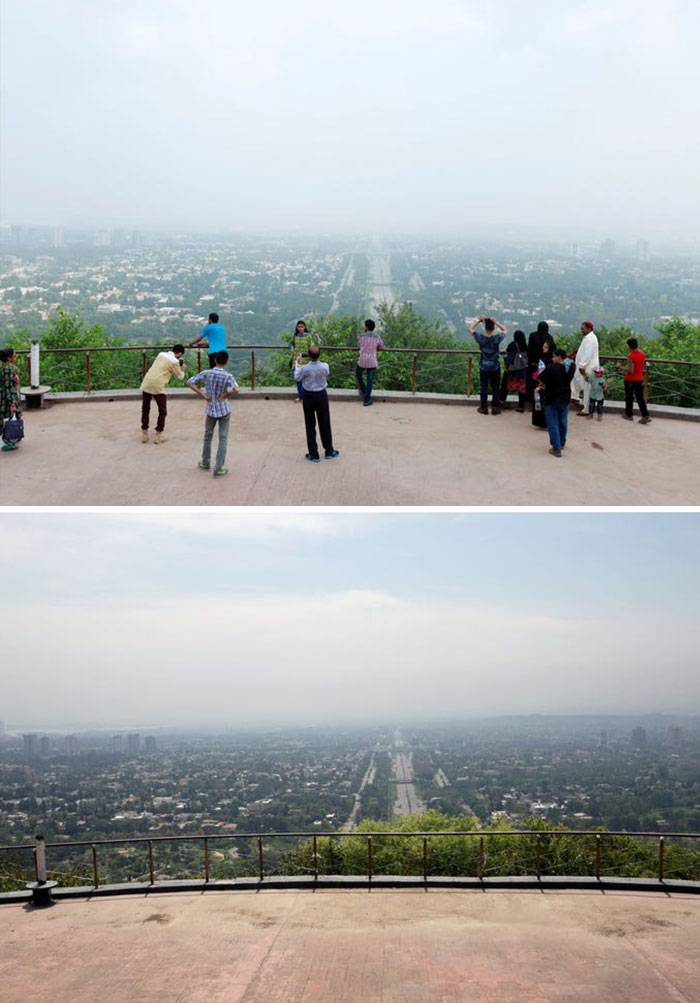