Posted by Zainab Pervez in News On 27th March 2021
ADVERTISEMENT

The school has assured parents that CCTV does not cover urinal areas or cubicles. 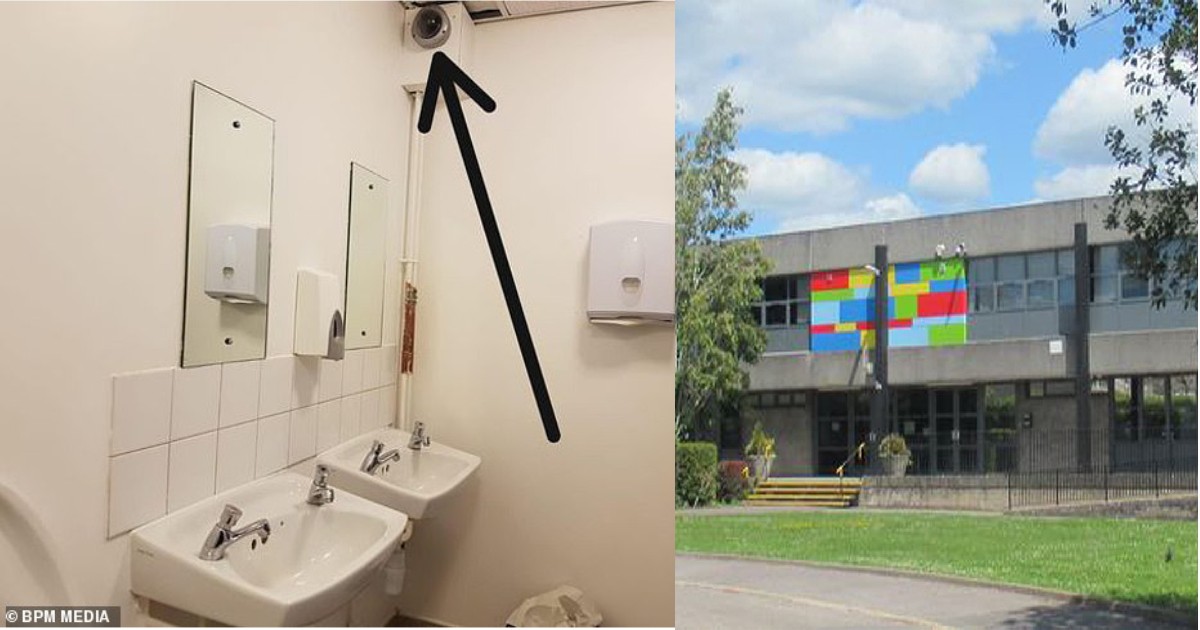 A secondary school has defended its decision to install CCTV camera in pupils' toilets despite parents saying they are 'creepy' and 'disturbing'. A concerned parent says she was shocked when her son came home and showed her a photograph he had taken inside one of the boy's toilets at Cullompton Community College in Mid Devon.

The pupil said he now feels 'awkward' going to the toilet at school, prompting his mother to question whether they are really necessary and if a different solution can be found. The college has assured parents that CCTV does not cover urinal areas or cubicles. The mum, who didn't want to be named, said: "My son says he doesn't feel comfortable with them being in the toilets. He doesn't know who watches it, or for what reason, and that makes him feel really awkward about using the toilets now.

"I can't really blame him. I certainly wouldn't use a toilet with a camera in the same room. It's beyond disturbing. I appreciate the school will say it's to stop vandalism or bullying, but this is just creepy, not to mention completely unnecessary over the urinals."

"If the cameras aren't in the cubicles then there's nothing to stop that going on in them, making the cameras completely pointless anyway there are enough dodgy stories coming out of schools without them installing CCTV in the children's toilets too. Surely there has to be a better option? I haven't spoken to the school as I don't want them to take my concerns out on my son."

The school has said the cameras have been in place for more than a decade and are in-keeping with regulations. Tracey Ward, the school's business manager, said: "I can confirm that there are CCTV cameras installed in the school toilets here at CCC, as there are in many schools. "The first installation within our toilets - over 10 years ago - was a result of requests for them via Student Voice, and there was a consultation with students, staff and governors to agree the installation."

"Safeguarding our staff and students is priority, all our CCTV cameras are visible, meet regulations and are installed and maintained by a SSAIB approved installer."

"The cameras that are installed in our toilets do not cover the urinal area or the inside of cubicles. Those areas are blanked out of the field of vision on installation and if the parent had approached the school their concerns could have been addressed immediately."