CONOR McGregor has been slapped with a whopping $150,000 fine and ordered to complete 50 hours of community service following his bottle and can throwing melee with rival Nate Diaz in August. 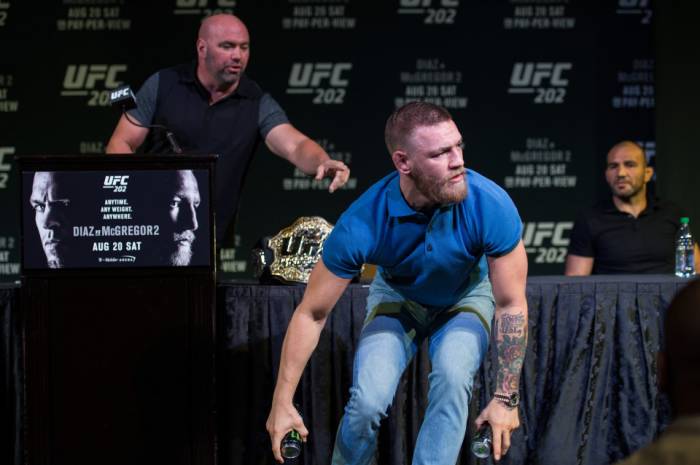 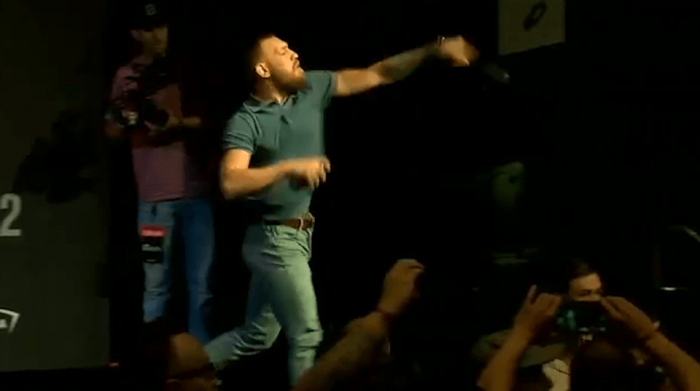 Appearing over the phone, McGregor said: "I acted wrong, and all I will say is I'm sorry for this. This was a high stakes fight for me."

McGregor defeated Diaz by decision after a back-and-forth battle and is now set to face UFC lightweight champion Eddie Alvarez at Madison Square Garden in a champion versus champion superfight at UFC 205 in November.

Diaz, who started the incident by throwing the first bottle, will face the Commission at a later date.

Eventually after deliberations from the panel, including comments from fellow commissioner Francisco Aguilar and NSAC chairman Anthony Marnell saying they weren't comfortable with such hefty financial punishments, they eventually settled on a fine of $150,000, but with a twist.

Half of McGregor's fine will be put towards an anti-bullying video campaign for the state of Nevada, featuring McGregor himself. His appearance will constitute 10 of the 50 hours of community service he'll also have to undertake as part of his punishment.

Sorry for choppy video and NSFW language, but here is Team Diaz exiting and projectiles being launched #ufc202 press conference