Cops Warn: If Someone Flashes Their Headlights At You Drive Away Quickly

The friend of a Rock Hill, South Carolina victim is using social media to warn others about a method that’s being used by criminals in store parking lots. 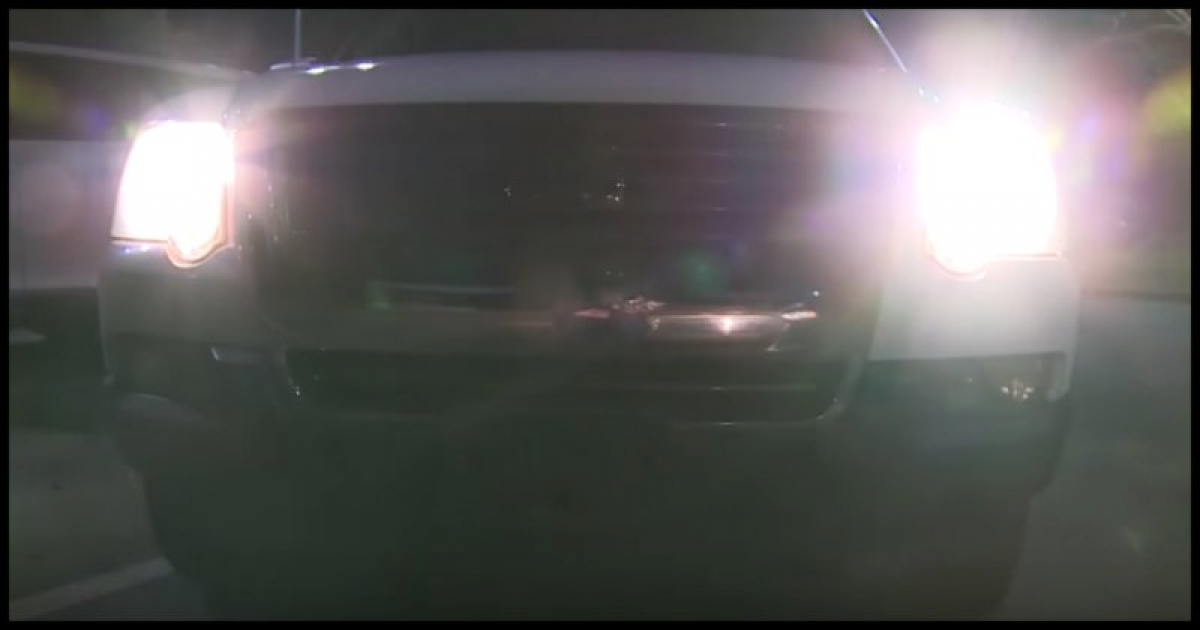 When a car pulled up in front of a woman sitting in her vehicle in a Walmart parking lot she knew something was wrong.

They pulled their car directly in front of her and turned on their high beams to blind her, before quickly jumping out of the car and attempting to open the door.

The men ran up to her car's driver and passenger side doors and they attempted to open them.

It was clear they wanted to attack or rob her while using the high beams to hinder her vision! 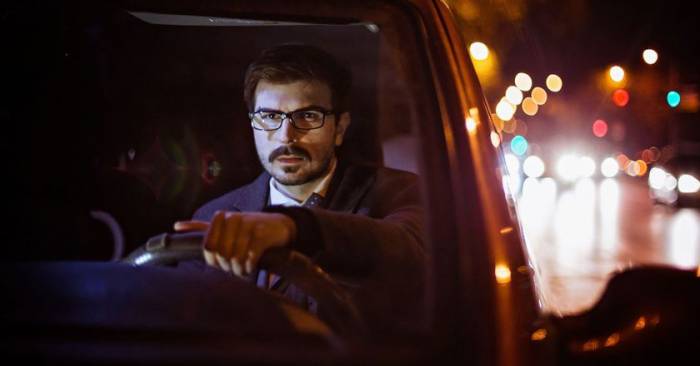 Terrified, the woman drove away as quickly as she could to get to safety.

She was so terrified over the incident that she left the state to stay with family. This happened a million times before in the past, so she didn't think anything of it. 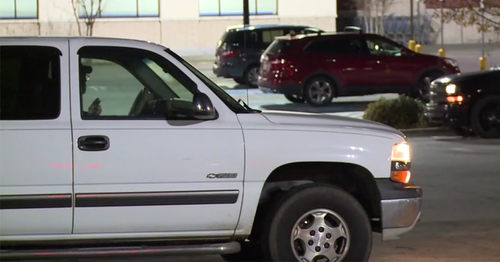 A friend of the alleged victim posted a warning on Facebook, which quickly went viral.

"Someone turned on their high beams and she looked up and she can’t really see anything. She asked her identity to remain protected for her safety," the victim’s friend who made the post told NBC Charlotte. 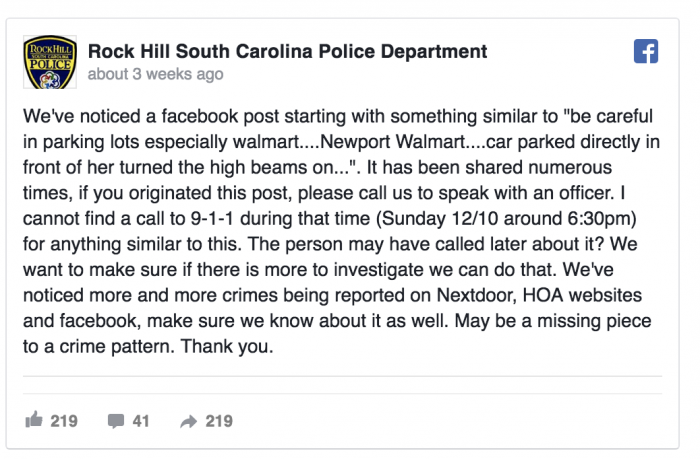 The woman chose not to call the police, however, the post was investigated by Rock Hill Police Department (RHPD).

We've noticed a Facebook post starting with something similar to "be careful in parking lots especially Walmart....Newport Walmart....car parked directly in front of her turned the high beams on...". It has been shared numerous times, if you originated this post, please call us to speak with an officer. I cannot find a call to 9-1-1 during that time (Sunday 12/10 around 6:30 pm) for anything similar to this. May the person have called later about it? We want to make sure if there is more to investigate we can do that. We've noticed more and more crimes being reported on Nextdoor, HOA websites and Facebook, make sure we know about it as well. Maybe a missing piece to a crime pattern. Thank you." 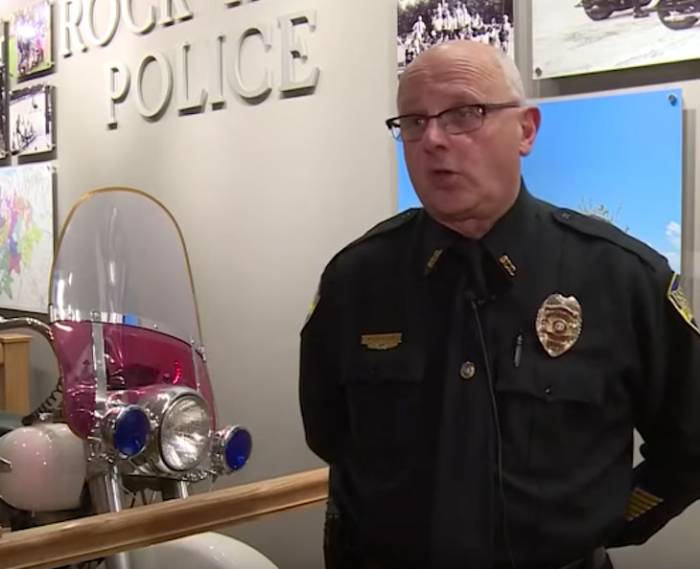 The post gained thousands of shares and soon became viral.

This method is used by criminals to lure drivers out of their cars so that they can make a move and steal whatever goods they can find within reach; be it wallets, purses or laptops. 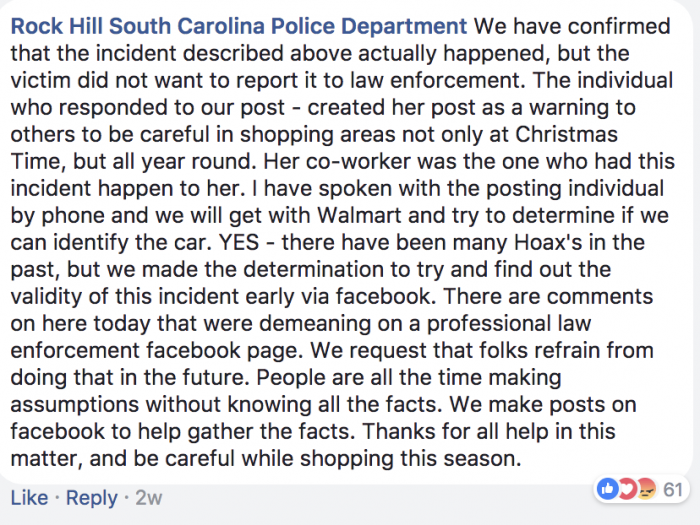 Learn more about this story in the video below.