Couple, Who Pointed Guns At The Black Lives Matter Protesters, Charged For Exhibiting Guns And Tampering With Evidence

Posted by Sumaiya Ghani in News On 16th October 2020
ADVERTISEMENT

After this incident, the couple was even invited to speak at the Republican National Convention. Mark says he believed he was “doing no more than exercising our 2nd Amendment rights.” 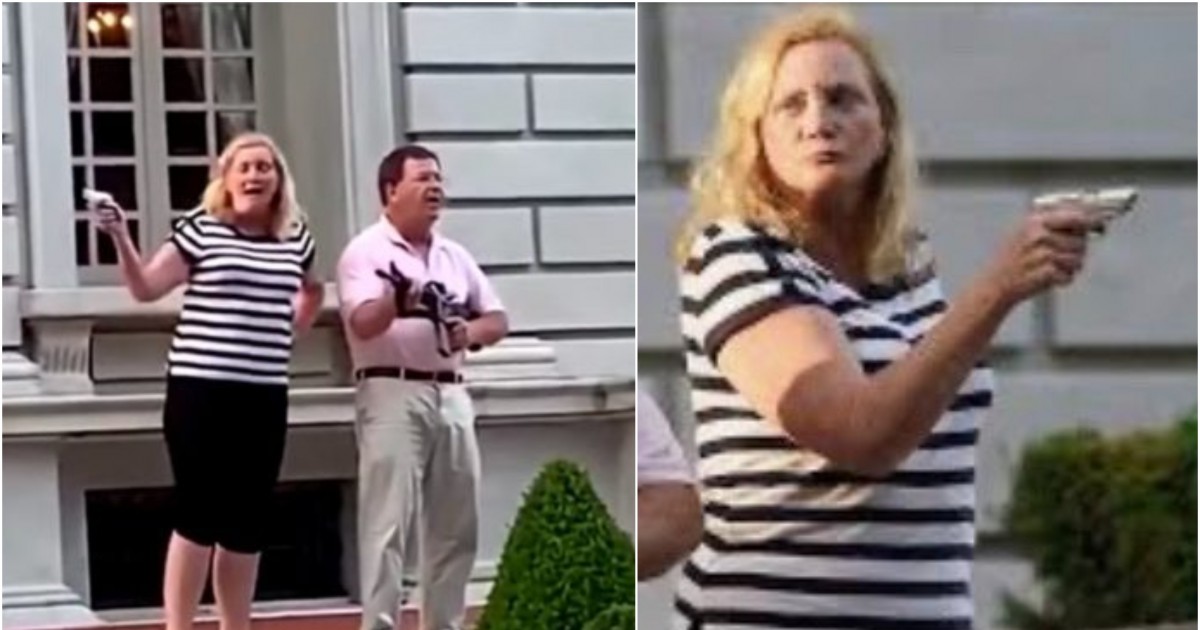 Mark and Patricia McCloskey pointed firearms at the protestors, who were headed to the mayor’s home down the street for a demonstration, of the BLM movement.

After that, the couple was invited to speak at the Republican National Convention. 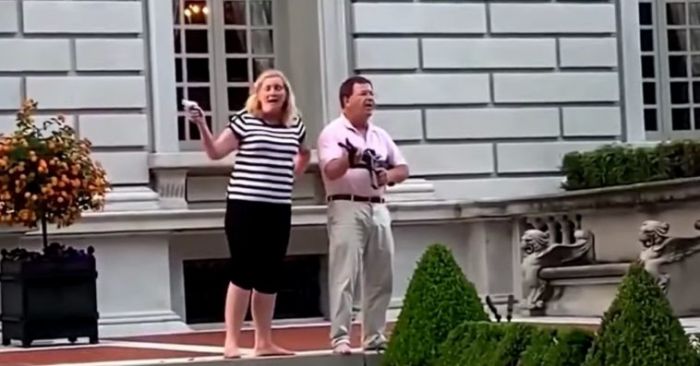 Recently, a St. Louis grand jury charged the couple with exhibiting guns at protesters as well as tampering with evidence.

BREAKING: A grand jury just indicted Mark and Patricia McCloskey on charges of exhibiting guns at protesters in a June incident in their neighborhood. Additionally, the grand jury added a charge of tampering with evidence for both members of the couple. https://t.co/DgMrS3sYVU

People on Twitter expressed their views after hearing the news

The couple were speakers at Republic National Convention

I feel like I know them from somewhere....Right, weren’t they speakers at the RNC?

Someone tweeted that NRA used to be a gun safety organization

I’m old enough to remember when NRA would have been horrified at the thought of people having their fingers on triggers while looking AWAY from where they are pointing their guns.
NRA used to be a gun safety org. Now they’re just the lobbying arm of the gun manufacturers industry pic.twitter.com/fbc8xT35DQ

Upon asking, Mark McCloskey said he believed he was “doing no more than exercising our 2nd Amendment rights.”

Now they are qualified to work on the Trump campaign.

“The government chooses to persecute us for doing no more than exercising our right to defend ourselves, our home, our property, and our family, and now we’re getting [dragged] here time after time after time, and for what?”

Some people supported the couple and believed their version of reality.

Best news of the day

Missouri Statute
571.030. 1. (4)
“A person commits the crime of unlawful use of weapons if he or she knowingly: (4) Exhibits, in the presence of one or more persons, any weapon readily capable of lethal use in an angry or threatening manner.”

If convicted, they could indeed lose their licenses to practice law.

That'd be a shame.

Mark and Patricia McCloskey shoulda just came out and exhibit hand waves. They would have went viral for being welcoming and compassionate gesture, and would have tripled their business overall. But....let's be a-holes instead, I guess.

Spoke at the R convention. What a bad stroke of luck that people close to the president keep getting indicted, right?

They claim there was trespass, but they have to provide names of protester or some kind of evidence for them to prosecute. Of course grand jury indicted, the question is what will happen in court.

A little slice of heaven.

Well Mark and Patricia, that's what happens to people that break laws. What kind of attorneys are you? Divorce?