Craziest Ideas Given By Clients To Tattoo Artists That Made Them Ask, 'Are You Sure'?

Posted by Abdul Rafay in Bizarre On 6th October 2021
advertisement

Over the last two decades, tattoos have become extremely popular. People from many walks of life visit tattoo parlors to have incredible works of art inked on their bodies. However, while artists will engage with customers, they will not accept any requests at face value. They usually reject the worst ideas or, at the very least, have a serious conversation with the client ahead of time. 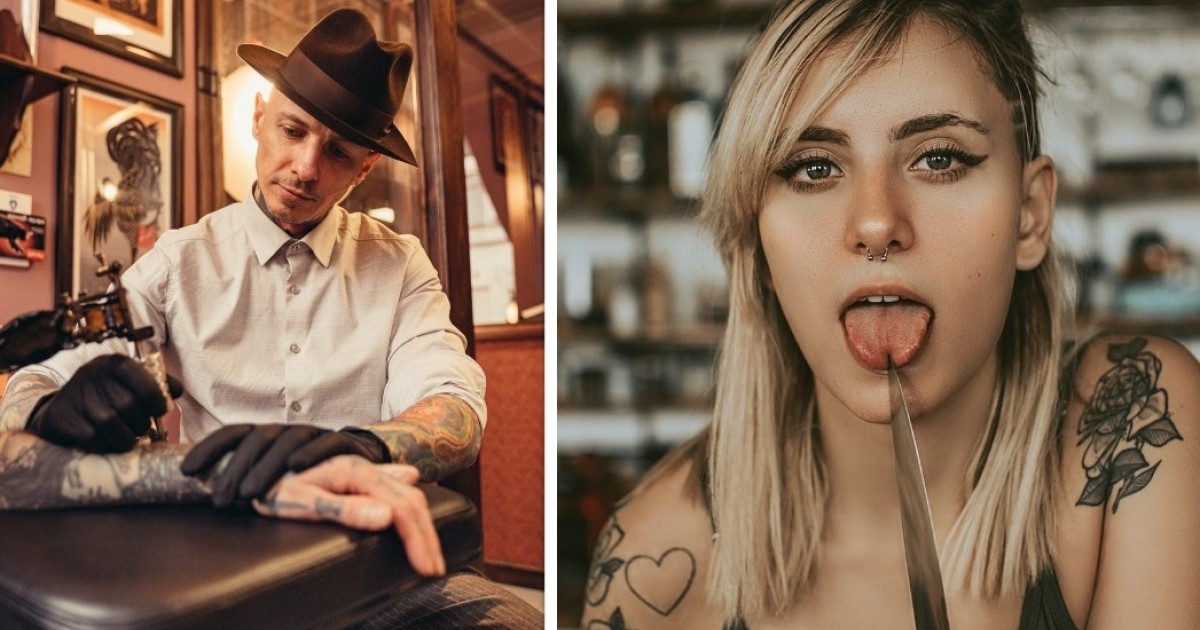 This guy came in with a picture of his ex-wife. He told me he wanted it on his chest, but for it to look like she had gotten beaten up, missing teeth, bruises, and swelling. I was a little weirded out but I let him keep talking and he told me he has daydreamed about cutting her face with a razor and making her tattoo his face on hers. I eventually told him I didn't want to do the tattoo. I'm a big guy so I wasn't scared to tell him that he should go find some help.

When I was tattooing I had to refuse a client that wanted a tattoo of a steaming pile of poo on her face. I wish I was kidding.

Don't Get A Tramp Stamp With A Convict's Name

I actually refused to do this one, an 18-year-old girl came in wanting her boyfriend's name on her lower back. She had never met him. She was his prison pen pal for a month, and he was being released in a couple of weeks and she wanted to get it to surprise him. No judgment on ex-cons or 18-year-old girls, but I got the impression the relationship wasn't going to last!

Asked to do SS lightning bolts. I declined and she didn't understand why. Apparently, she didn't know what the SS was and just thought it was a cool symbol. I gave her 20 minutes on the Wikipedia page and then she asked if we did them in blue if I would do it. I told her still no and she got angry with me and insisted it was my job to do the tattoos I'm asked to do.

The whole shop promptly informed her that, that is not at all how things work and we are free to turn down whatever work we like for whatever reasons we like. She threatened to tarnish our reputation as well. We told her she's free to do as she pleases but maybe let people know exactly why she doesn't like us.

The dude came in and asked me to tattoo a portrait of his girlfriend. Only the portrait was a duck face Snapchat selfie. I jokingly suggested adding her holding the phone, taking the selfie, but he thought it was a great idea. They've only been dating six months and he didn't tell her he was going to get it.

This one guy wanted a penis with penises for arms with a penis, I just couldn't do it. It was just too stupid, and I really don't need that dude telling people that that's my work.

How Many Girlfriend Cover-Ups Does It Take?

A guy came in and got his wife's name covered up with a portrait of his new girlfriend. My coworker used part of her shirt in the picture to cover up the name. Then two months later he turned his now ex-girlfriends portrait into a demon.

I started working at another shop and in came the same guy with a third girl and they were getting matching tattoos on their hands. When I walked to the front and saw him he totally pretended he didn't know me.

All The Genitals All Over

I work in a tattoo store in Europe, and this dude (who was clearly flat-out drunk) walked in and demanded multiple genitalia (both male and female) tattooed over various parts of his body. I declined.

That's Not How To Stop A Break-Up

An emergency name tattoo on an 18-year-old man who thought getting his girlfriend's name in his chest would halt their break up.

‘Linda’ on a woman’s forehead. She had already done 10+ "Lindas" on her body elsewhere.

One day a couple of guys came in and they were partners. One had decided that he absolutely, without a doubt, wanted a regulation-sized dartboard on his a** with the bulls-eye as his butt hole.

A girlfriend came to me who was tired of unwanted advances and wanted "stink lines" tattooed on her to make her "ugly." I didn't want to enable self-destruction.

When The Joke Gets Out Of Hand

Been a tattoo artist for the last nine years, and the one that will always stand out is tattooing "WORDS" on a guy's d**k. He said it was so he could put words in your mouth.

Last year, while doing a guest spot in Portugal, I had a guy come in while he was on holiday for his stag party. The guy wanted all the names of his friends tattooed on his a** cheeks. 13 names on each cheek, and 3 of his mates wanted to sign their own names...

I refused to tattoo a tribal flash design across the side of a guy's head. He could have been under the influence when he asked me, but considering he was arrested soon after for getting into a fight with a cop, he might have just been stupid.

My dad is a tat artist and once refused to do the Disney princesses all down a 40-year-old mans arm, he wanted to do it for his 6-month-old daughter but my dad "just couldn't do it" later that week the man came back crying and thanked me me him because he found out that the 6-month-old was not his.

Some 18-year-old kid wanted GOAT LOAF across his knuckles. I told him that sounded like a bad idea. He told me it was his nickname, and he was convinced he would never regret it. I refused, and on his way out of the shop, I saw "GOAT LOAF" embroidered into the back of his fitted cap. I almost changed my mind, it was so damn funny.

We had this lovely exchange student come into the studio for about a year to get all sorts of piercings and then the day finally came that he turned 18. So he asked me to sit down and have a chat with him about what he wanted.

Now the way he asked me made me think that it was going to be this big elaborate design. He asked for a math equation on his foot. He wanted 3+4=8. I cautiously asked that he knew that was the incorrect answer to the equation.

His response was "Oh yeah I know, I just think it'd make a funny tattoo." So yeah.

These incidents all include artists doubting or even refusing to make a tattoo, unlike tattoo client horror stories from those who visited less-than-reputable stores. We now have a plethora of examples thanks to the people of Reddit. These are without a doubt the craziest of all the bizarre tattoo requests that have surprised tattoo artists.