Posted by Sama in Cringey On 16th July 2021
ADVERTISEMENT

Though everyone is desperate to return to the world of pre-pandemic times but to think and act like the pandemic is already over, is a grave mistake done by the people right now. This woman's video of throwing tantrums and screaming at the cruise employees after testing covid positive is yet another example of how humans can be so selfish and stupid. 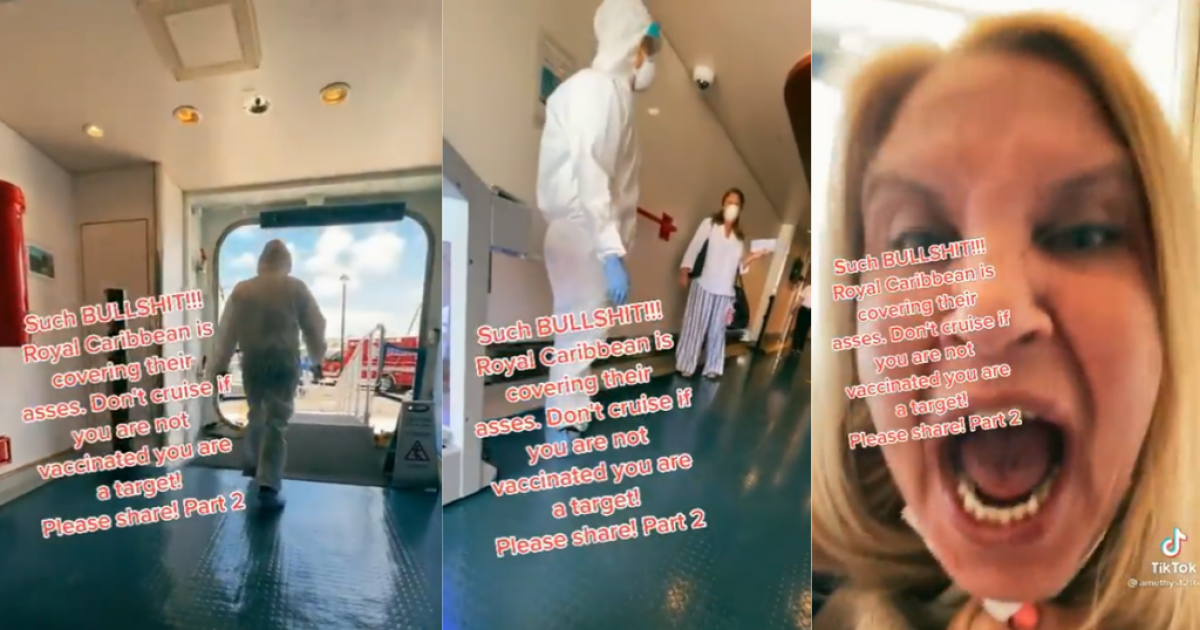 Most of the people around the world are already in the frame of mind that the pandemic is over after getting their covid vaccine shots and have ditched the mask and many are going on trips and arranging parties, forgetting exactly what the world collectively went through just last year during these months.

Here is an example of another careless woman who tested covid positive, got kicked off a cruise, and had a meltdown, and filmed for all of us to see how selfish humans can really be. 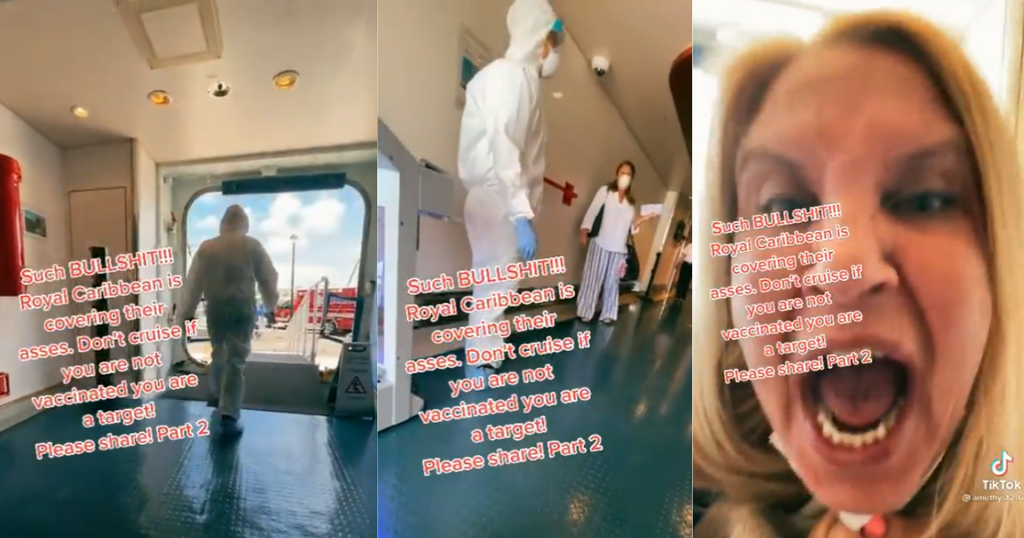 The video that is doing rounds on the internet, and social media users have already labeled the woman as Karen for her entitled attitude.

The woman is seen throwing a tantrum as the cruise closes its quarters and everyone else around her making her video.

The original video posted on social media was pulled from the woman’s account. In the video, she makes reference to it being filmed on Instagram Live, and the internet is smart enough to use the “screen record” feature. The video was posted to TikTok, and then on Twitter. 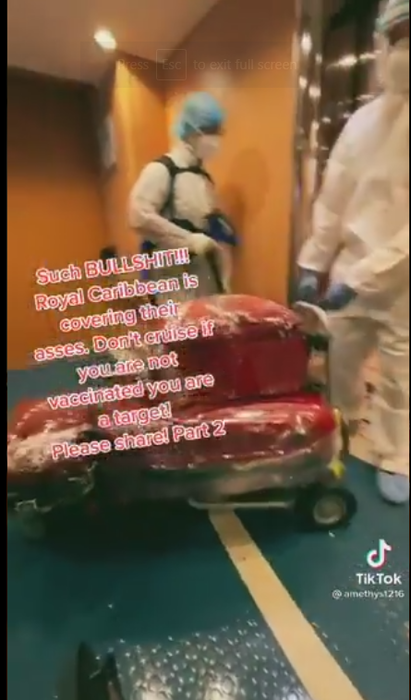 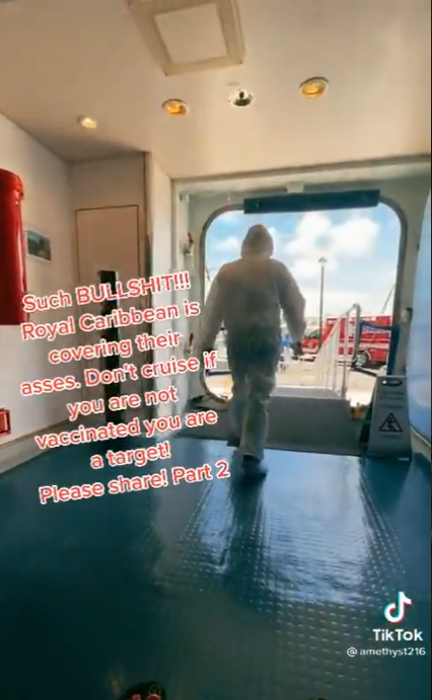 The woman's voice is heard in the background and she is furious.

“As if we’re really contagious. As if I really have COVID,” she says.

“I had COVID! Three months ago! I have HIGH. POSITIVE. ANTIBODIES,” she yells at a cruise employee who is dressed in a hazmat suit.

It seems like the video was filmed from a wheelchair. 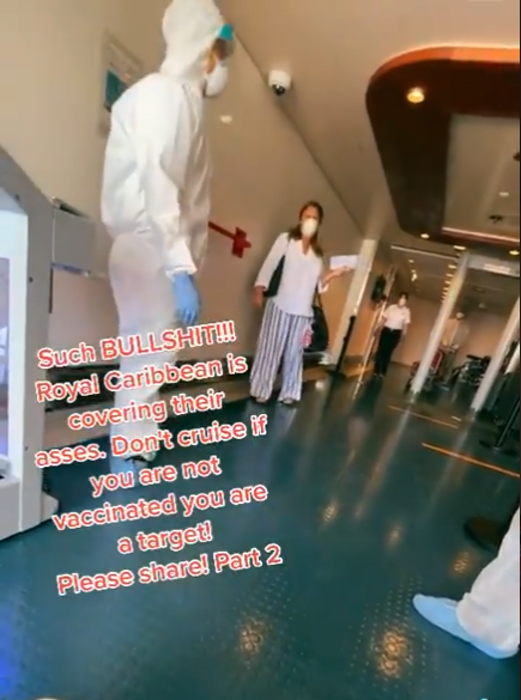 Things get bad when she spots an ambulance 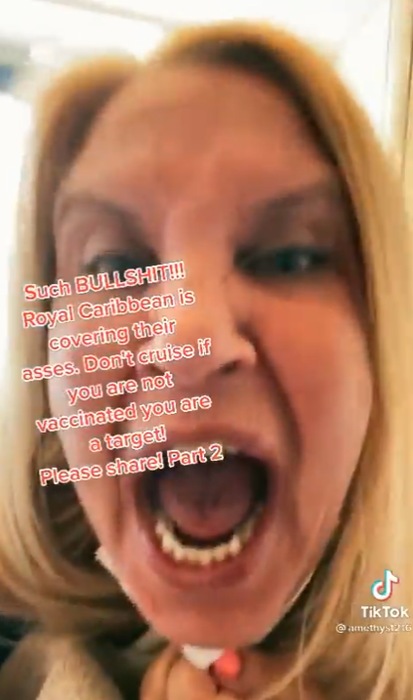 “I’M GONNA BE IN CHARGE OF MY OWN FU**ING LIFE!! I’M TIRED!!” she screams at the employees, who already look done with her tantrum.

Unvaccinated woman gets kicked off a Royal Caribbean Cruise and flips out after testing positive for COVID-19 pic.twitter.com/fp7Pj7Y8Mw

To add a dramatic touch, she begins to say on film that she is dizzy and will probably have a heart attack.

Unvaccinated woman gets kicked off a Royal Caribbean Cruise and flips out after testing positive for COVID-19 pic.twitter.com/fp7Pj7Y8Mw

I preferred her performance in Jurassic Park. pic.twitter.com/gCZD5ey5sE

After her bizarre behavior, the video has gone viral on social media, and the lady is rightly labeled Karnival Kruise Karen

##FakeCovid ##Covid19 ##RoyalCaribbean put us on a medical plane so we wouldn't talk to other cruisers about their mistake! ##foryou Please Share part4