Posted by Sama in Bizarre On 20th August 2021
advertisement

Freddie Gillium-Webb, the wastewater management expert who was asked to clean the trashy flat shares that he has never once in his life seen this kind of a mess, and the disgusting waste and overall smell of the flat was enough to make him vomit three times during the clean-up and gag multiple times. 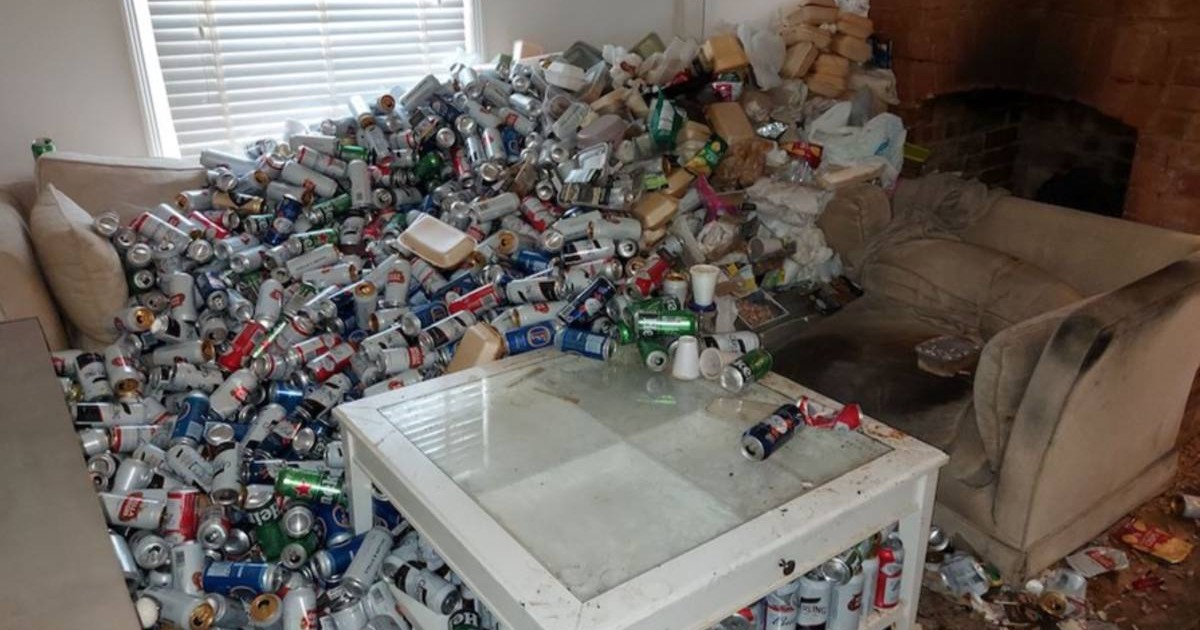 Pictures from this messy flat are going viral on the internet after a tenant has trashed it so badly.

The unbelievable pictures tell the story of a trashy apartment with more than 8,000 beer cans, rotting food, and toilet paper piled with waste more than four feet high. 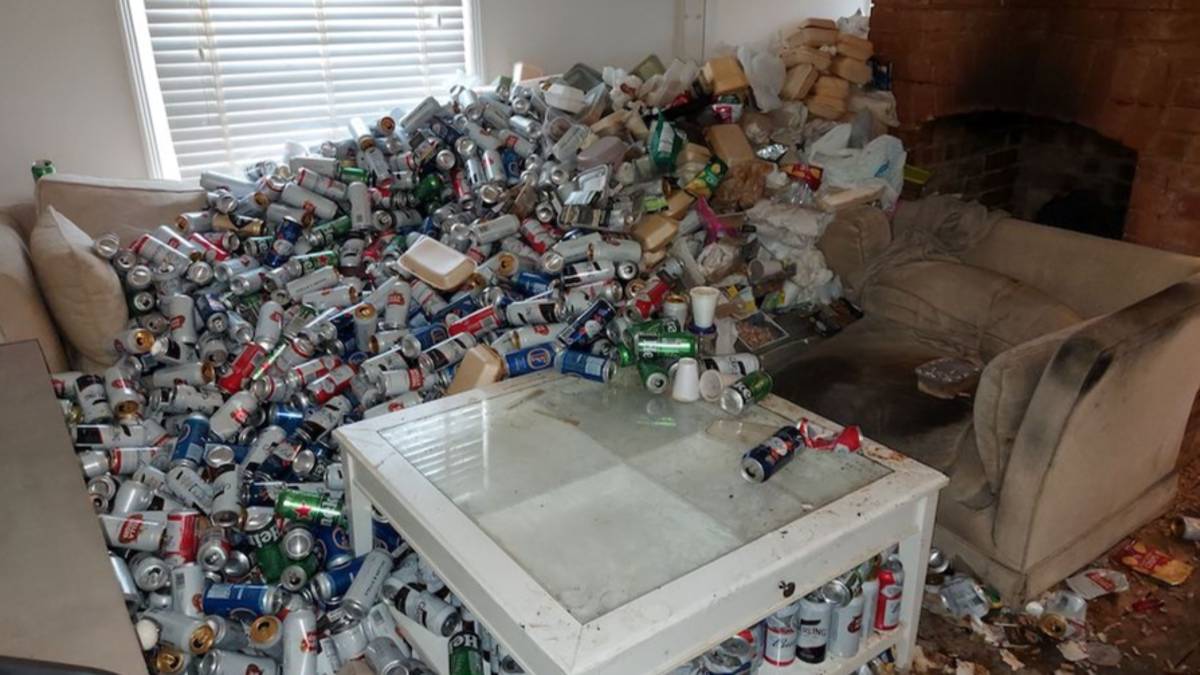 Freddie Gillium-Webb, 29, is the wastewater management expert that was given the task of cleaning up the two-bedroom, one-bathroom flat in the Andover area of Hampshire was left speechless after seeing the mess he was asked to clean up. 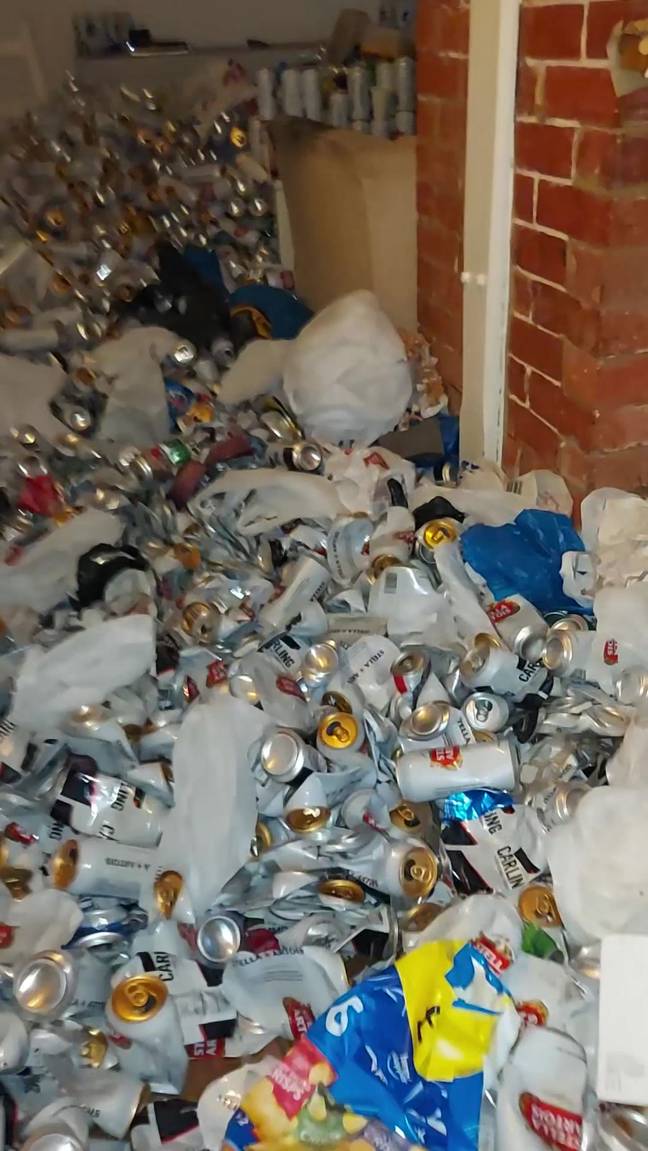 Reportedly, the tenant lived in the place for almost one year and left it in trashy condition without even paying any rent. And Freddie was left behind this disgusting mess to clean up.

"As soon as I walked through the door there were beer cans everywhere and the smell was terrible.

"He clearly didn't use the bin at all because the kitchen was full of food waste and in the living room there were half eaten kebabs and mouldy loaves of bread all over the floor." 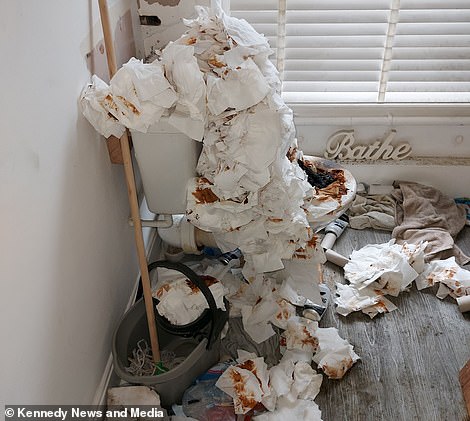 The living room was covered with only beer cans and spiders had started to swipe cans and lift them up into their webs.

The situation only got worse. 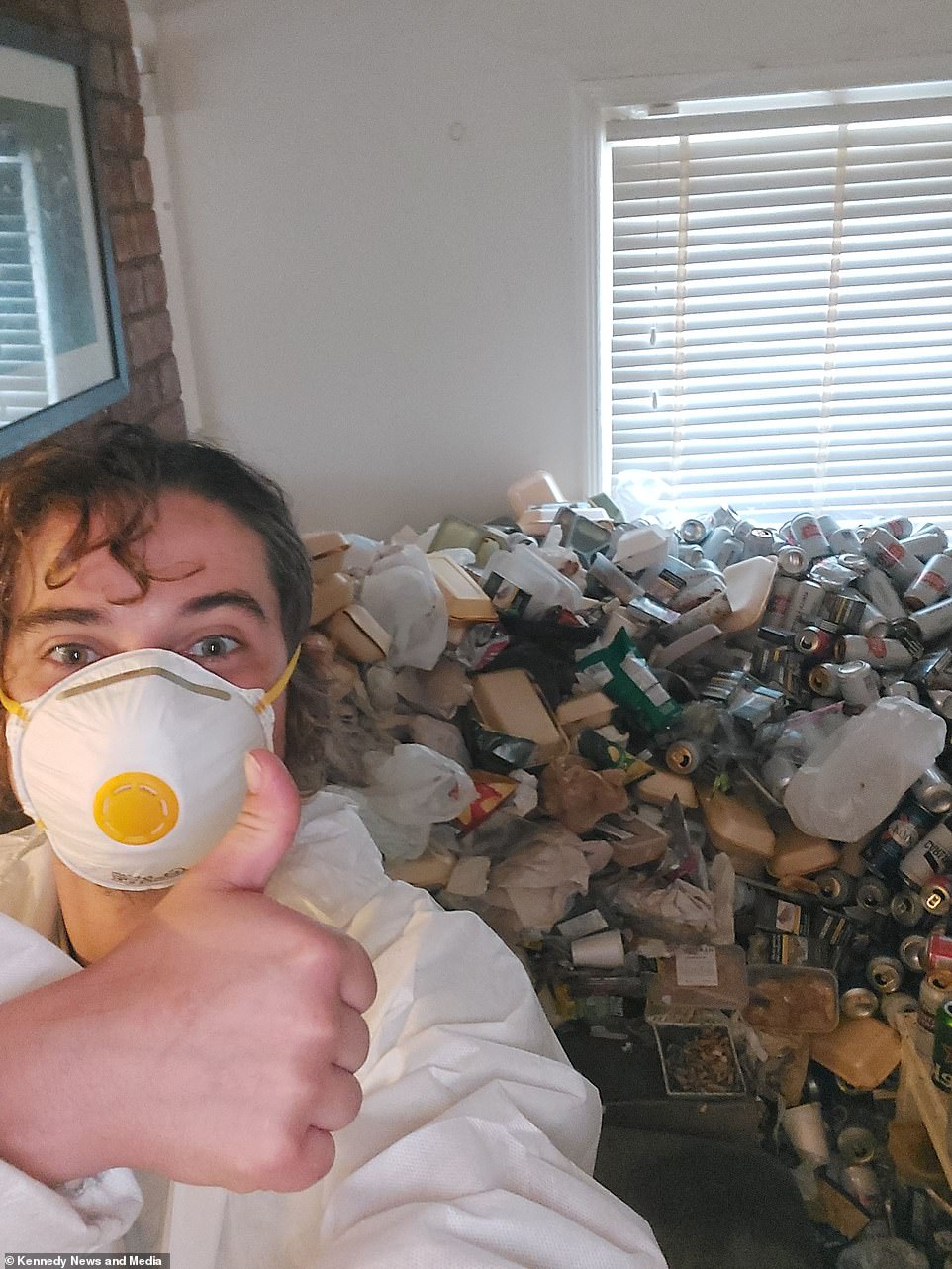 The toilet was covered with toilet papers used with waster and the flush was in fact never used once.

A huge pile of excrement had been carefully piled up towards the ceiling, creating a four-foot' leaning tower of poo-sa' in the air.

"The toilet was piled high with toilet paper and faeces, it was disgusting. He'd never flushed it by the looks of it.

"The clean-up was just never ending. After the first day it didn't even look like I'd made a difference." 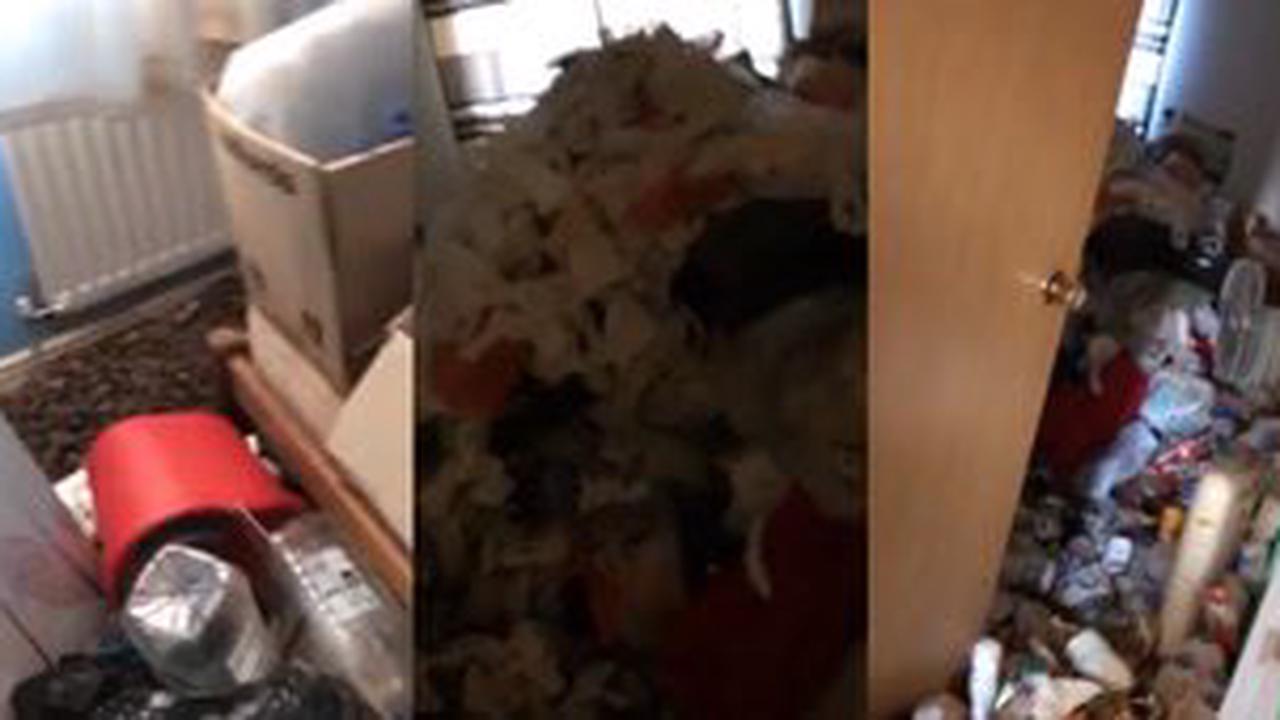 Freddie has dealt with worse kinds of cleaning stations due to him working with sewage but this one took the cake.

Freddie shares that the cleaning process and overall smell of the flat were enough to make him vomit three times during the clean-up. 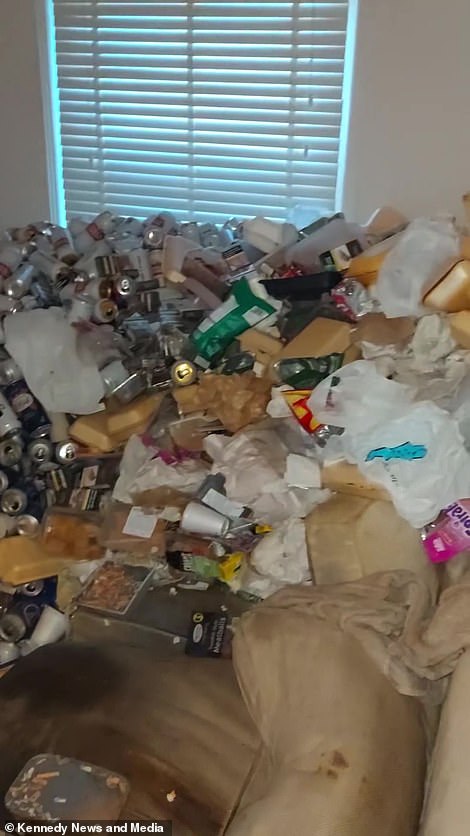 "It had to have been like that for a while because it was really bad. He was just living in it and topping up the mess." 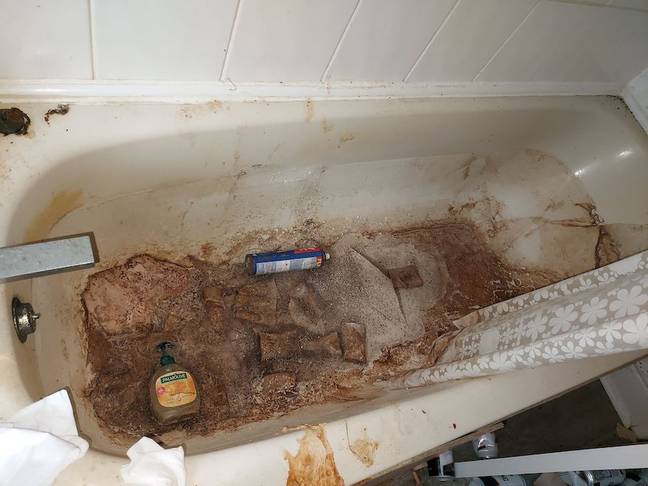 Freddie somehow managed to clean the disgusting mess, he continued:

"I think I went through about 100 big bags and ten bottles of bleach.

"Because I work in wastewater I don't heave or throw up very easily but cleaning that mess up I must have gagged about 20 times and was sick three times." 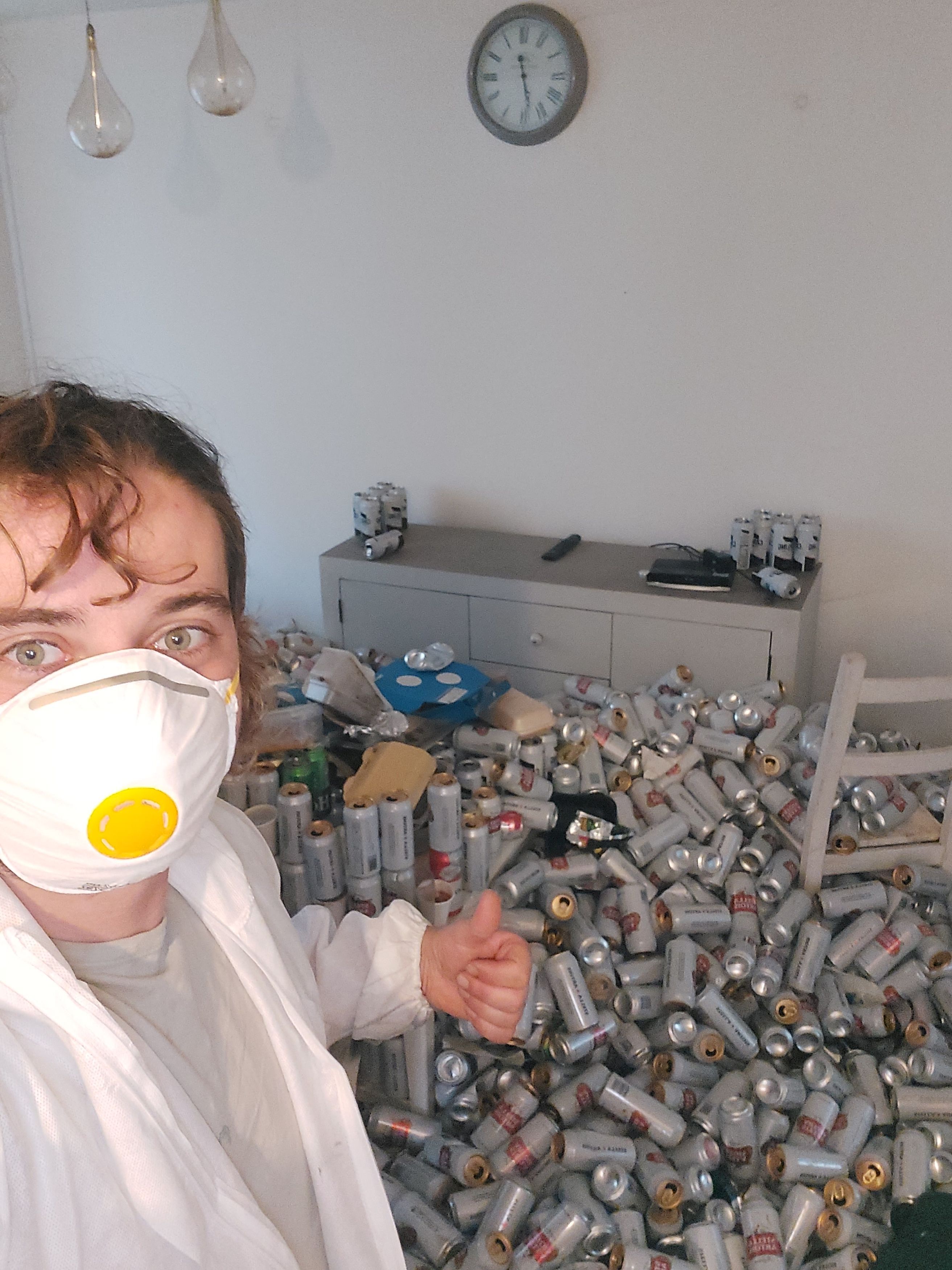