People are certain that something very disturbing is going on after seeing footage from India of a strange-looking humanoid figure with extremely long legs and limbs strolling across a bridge. Whatever it was, it was shot at Hazaribagh in Jharkhand, Eastern India, on a new bridge across the Chadwa Dam. 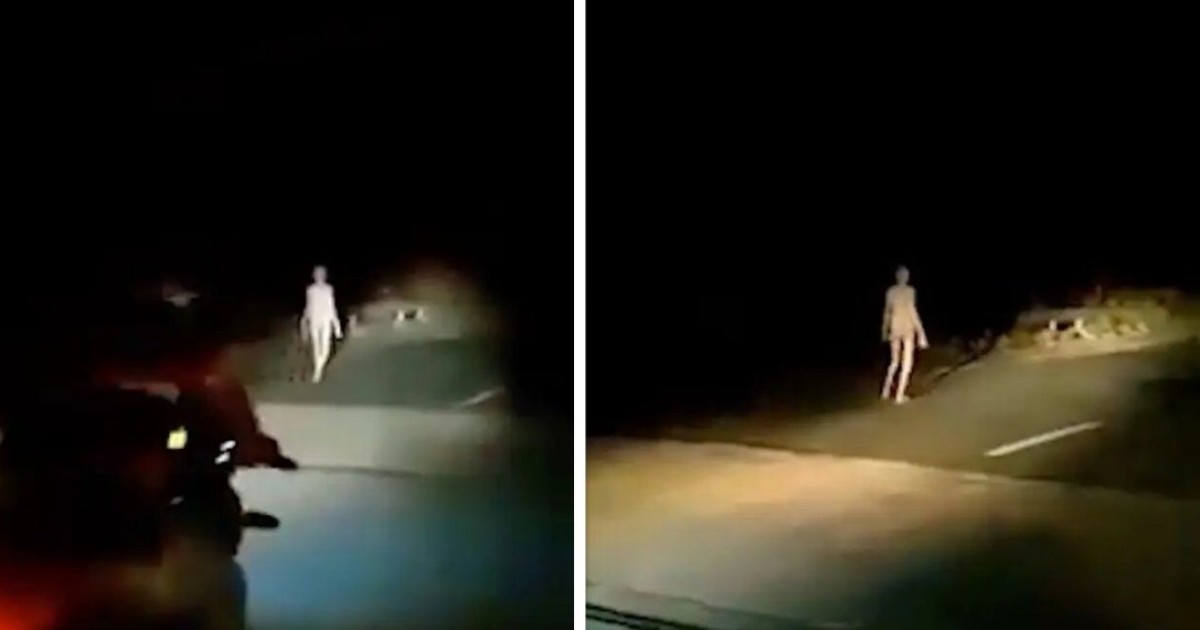 The figure in the video is merely strolling along the street at night, but as you can see from the video, it doesn't look like a normal human.

It has an absurdly thin body, stunningly pale white skin, and long, spindly arms and legs.

In a nutshell, it's the Slenderman urban legend that comes to terrifying life. 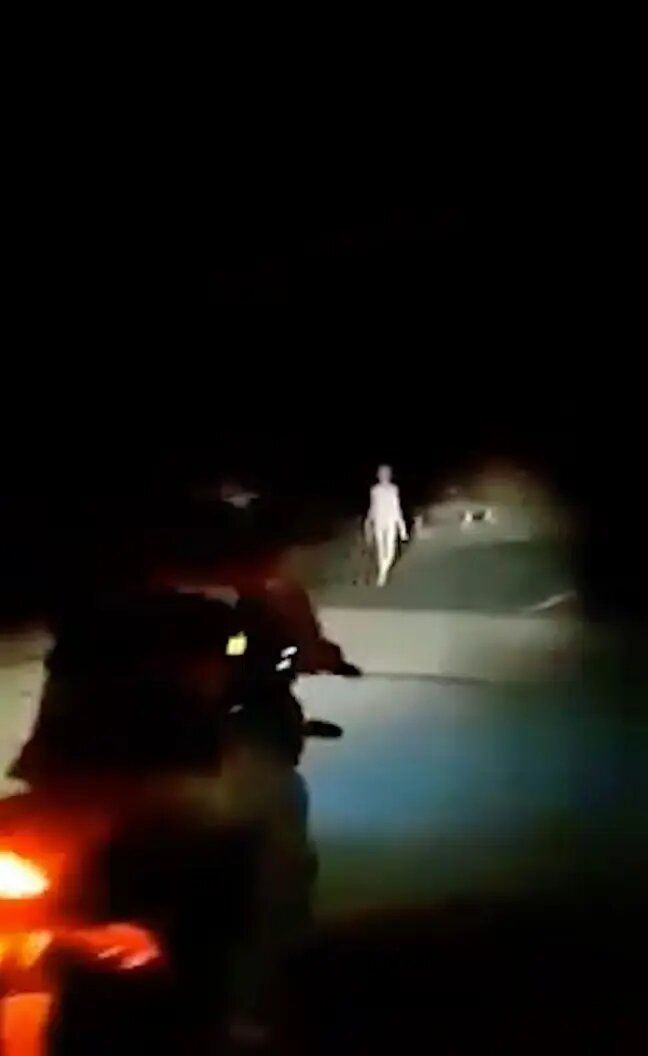 People on motorcycles swerve and dodge the figure, which stops its sluggish walk to stare at the passing people, who were likely staring back, aghast, in the video filmed on 28 May.

Of course, no one knows for sure what was going on. Was it all a ruse? Was it an alien? Was it just a drunk and naked tall person? 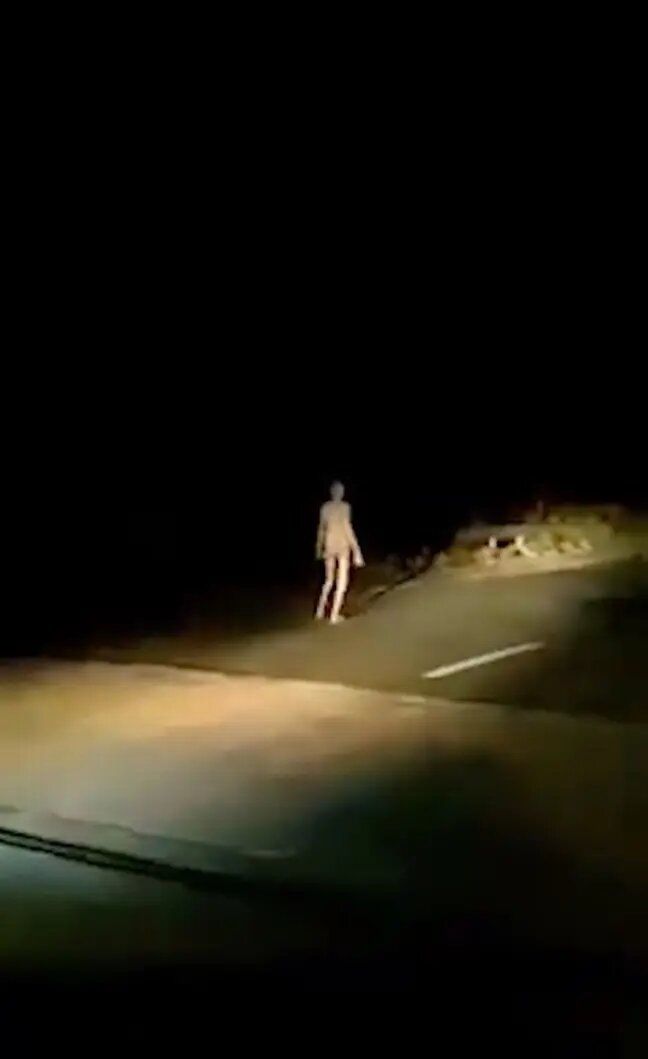 But, come on, isn't it most likely simply a hoax? Let's be honest with each other.

Or is that what the aliens want us to believe?

The video has been viewed thousands of times since it was posted on Twitter, with some speculating that it is a ghost, some claiming it is a witch, and yet others claiming it is just a bunch of b*****ks.

One person commented: "Wtf is that creature in Jharkhand? Looked like an alien to me."

Someone else, who belongs in the 'it's an alien' camp, noticed an ominous red glow from the sky.

They wrote: "There's a faint red light in the sky".

However, they added: "In the beginning, you can see it's trying to reach to something, But at 13th second, watching the red light thing fly away, it stops as well. If points connected, it kinda seems real."

However, for every person who believes this is some strange alien thing, there is another who believes it is just a p***ed up nude human out for an unexpected nighttime stroll.

Again, it's unlikely that we'll ever know.

One thing is certain: it is unquestionably one of the strangest videos you are going to encounter on the internet today.