Posted by in Social Issues On 8th October 2021
ADVERTISEMENT

A man in Walmart calls woman a ‘wh*re’ after sneakily taking pictures of her and being called out. The man seemingly tries to justifies his creepy actions by saying she had dressed provocatively. 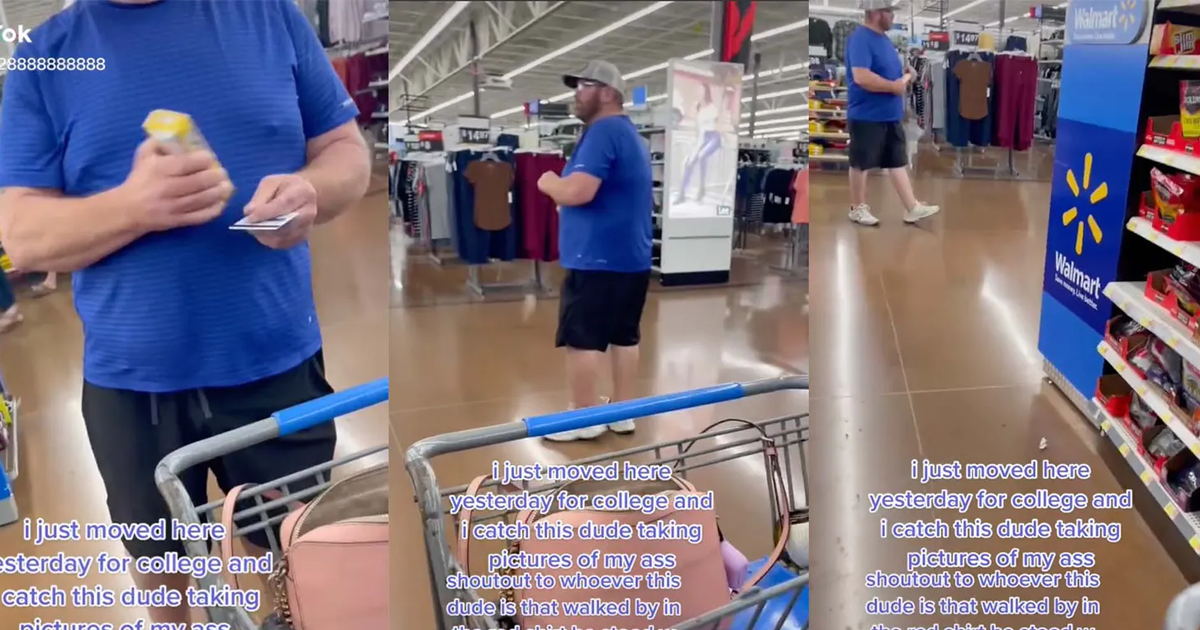 A TikToker was going about her day shopping in a local Walmart when she was met with a creep who was trying to sneakily take pictures of her.

great way to start at a new place. i moved here yesterday for college and was so excited and this happens. #lubbocktexas #texastech #harrassement

The woman immediately started recording and decided to confront the man telling him to get away from her and not to take pictures of her.

“Please go away from me.” And “Don’t take pictures of me.” 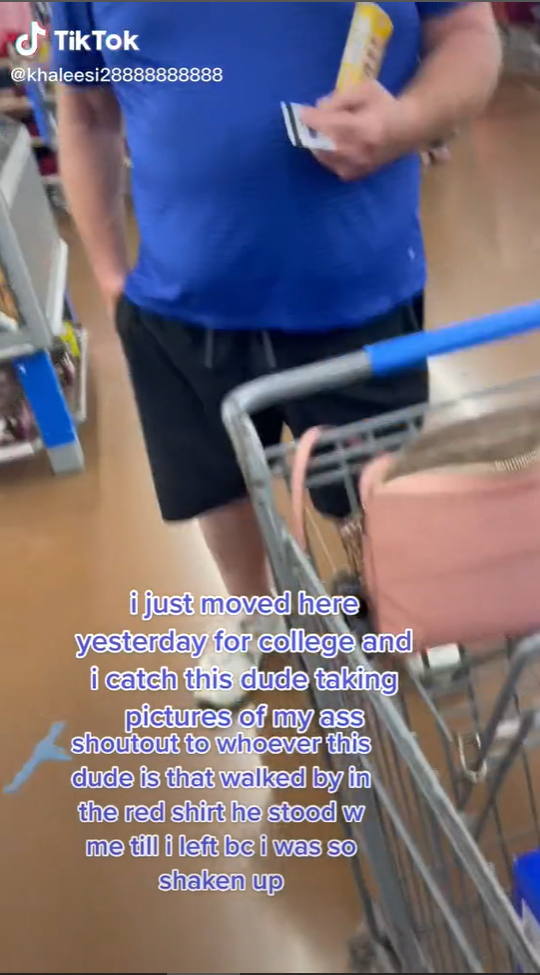 Upon hearing this the man retorts with “Don’t dress like a wh*re”, seemingly trying to justify his actions.

Ash, the Tiktoker said in the caption of her video that she was ‘shaken up’ by the altercation and that another customer had stood by her during the incident.

She also states that she left early due to the man’s creepy actions. 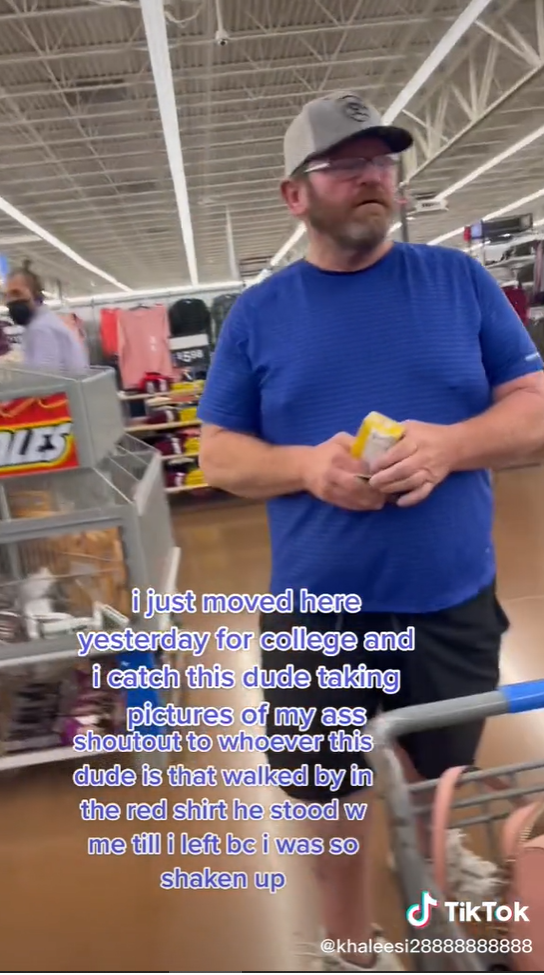 Another TikToker got involved in the situation and tracked the man down only for the man to threaten to sue him.

The other tiktoker @tizzyent said, “He’s claiming that he was not taking her picture.” 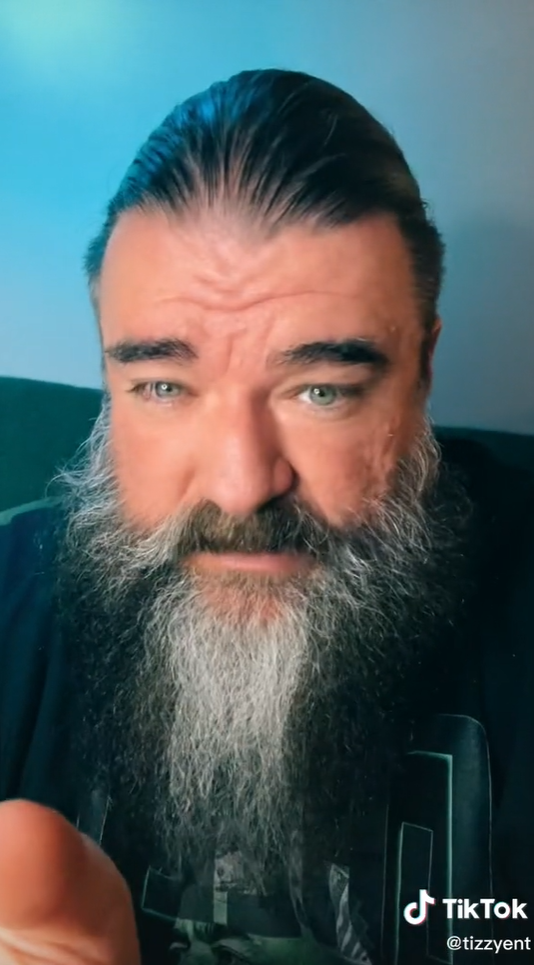 “And he seems to think that’s the reason everybody thinks he’s a piece of shit.” 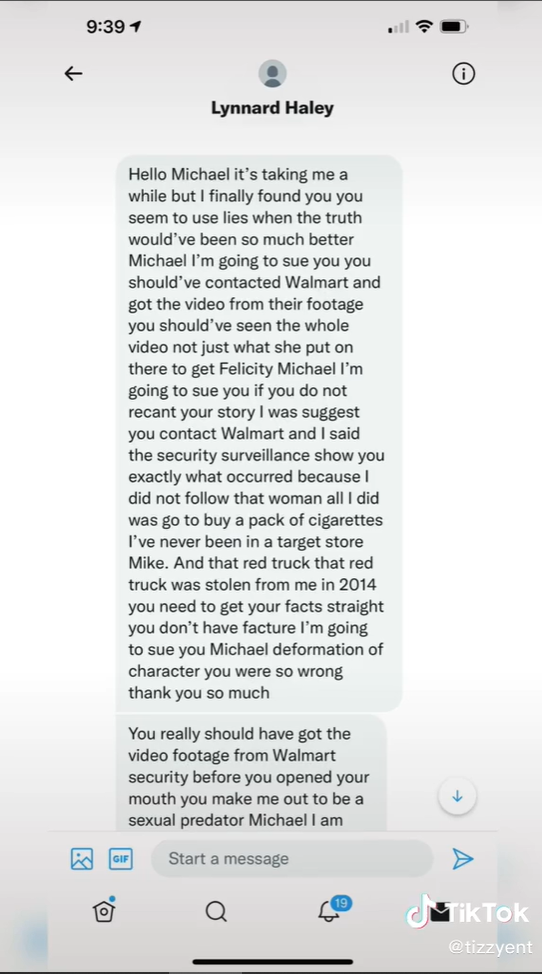 The man doesn’t seem to grasp that people were also hating on him due to the sexist comment that he made on video. 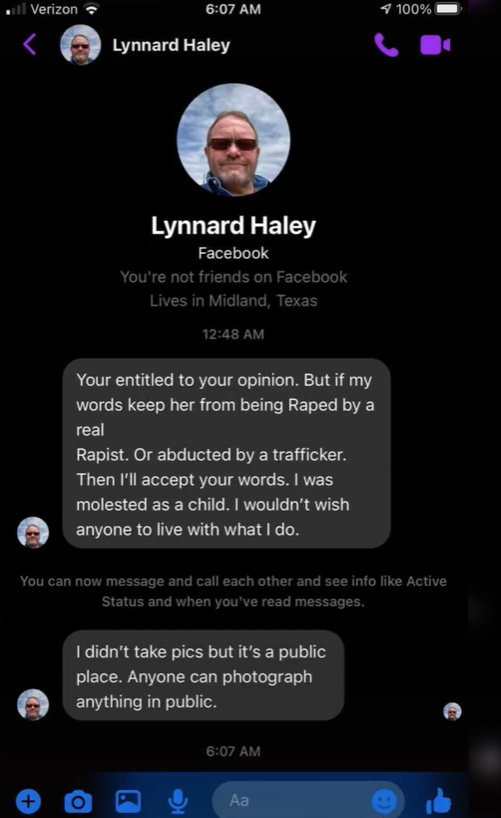 The investigative TikToker also shared screenshots of racist comments that the man had made to other accounts in private messages or otherwise. 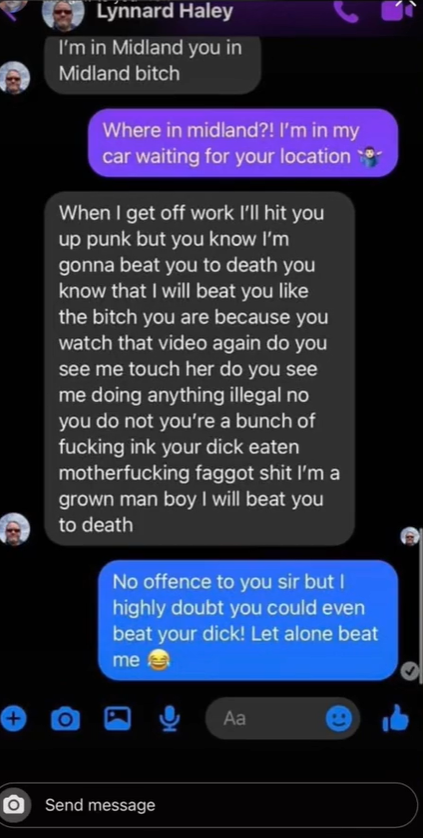 At this point, he had received multiple threats from the man and had to block him. 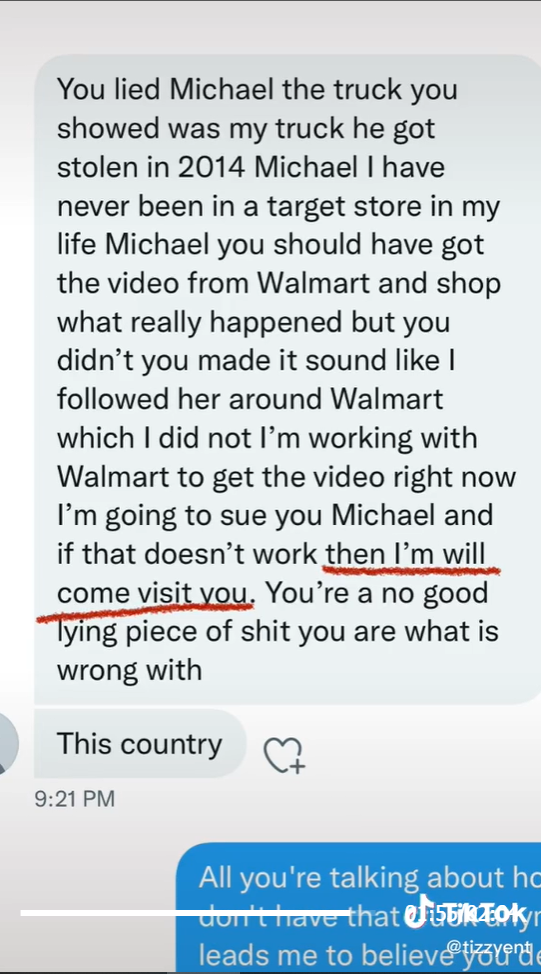 Ash, the original poster of the video then made a follow-up, thanking her followers for the support and said that she will be taking legal action should she have the option.

#update to the man in walmart video