Posted by Aleena in Bizarre On 23rd May 2022
advertisement

A post on Reddit's "Choosing Beggars" forum has people feeling extremely disappointed in humanity after showing a screenshot of a Facebook comment accusing a store of ripping off a customer because they refused to accept a used underwear return. 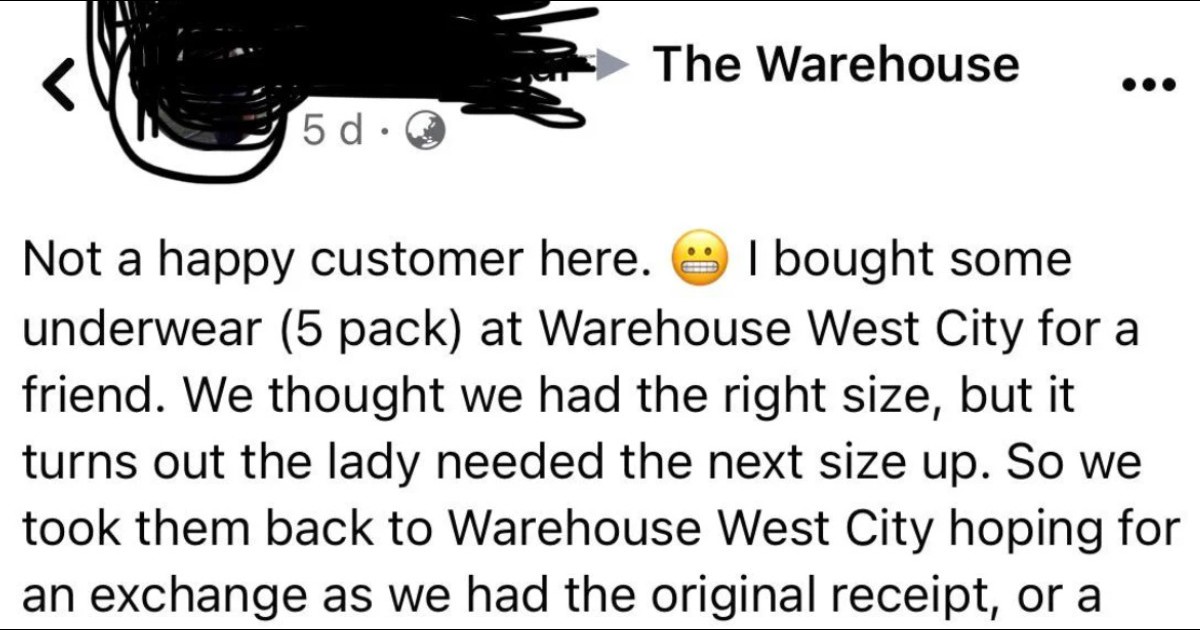 The complaint begins strangely enough when the Facebook user claims to have purchased a multi-pack of underwear for a friend. Like normal people would do for their normal friends.

“Not a happy customer here,” she wrote. “I bought some underwear (5 pack) at Warehouse West City for a friend. We thought we had the right size, but it turns out the lady needed the next size up.”

It's crazy how people believe they have the right to exchange anything they buy that doesn't work out for them.

Sometimes you make a mistake and have to accept the consequences, which has always applied to anything that comes into contact with your crotch. But, alas,

“So we took them back to Warehouse West City hoping for an exchange as we had the original receipt, or a refund,” the customer continued. “The Warehouse refused to do either of these! Basically their attitude was tough s–t.”

Before you make a s–t joke, she is aware that there are "health and safety concerns" with used underwear.

So she understands that no one wants to wear undies that have touched someone else's pooper, but she argues that we should all trust that her friend only tried on one pair and that the shop should sell the rest of the open pack in some way.

“You can still sell the remaining four and get something for it,” she said.

Anyone who has ever worked in retail knows that this is not the case.

Nobody will buy an open pack of underwear with one missing, even at a discount, and no one will buy the individual bulk undies you priced at a dollar each because that is extremely shady, no way.

“I do not like being ripped off,” the customer concluded. “If that’s your policy, then you need to have it somewhere where it can be seen, so customers do not get caught out.”

The fact that no store that should ever be shopped in accepts used underwear returns seems like one of those things that every adult should already know, but she may have a point.

Or she would if, as some commenters pointed out, Warehouse clearly states that policy in the store. Others suggested that if she believes it is so simple to resell pre-purchased underwear, she should go online and do it herself with the allegedly clean ones.

Reddit commenters were quick to share their own horror stories of people attempting to return absurd and sometimes heavily soiled items, particularly at stores with "refund everything" policies that customers routinely abuse. 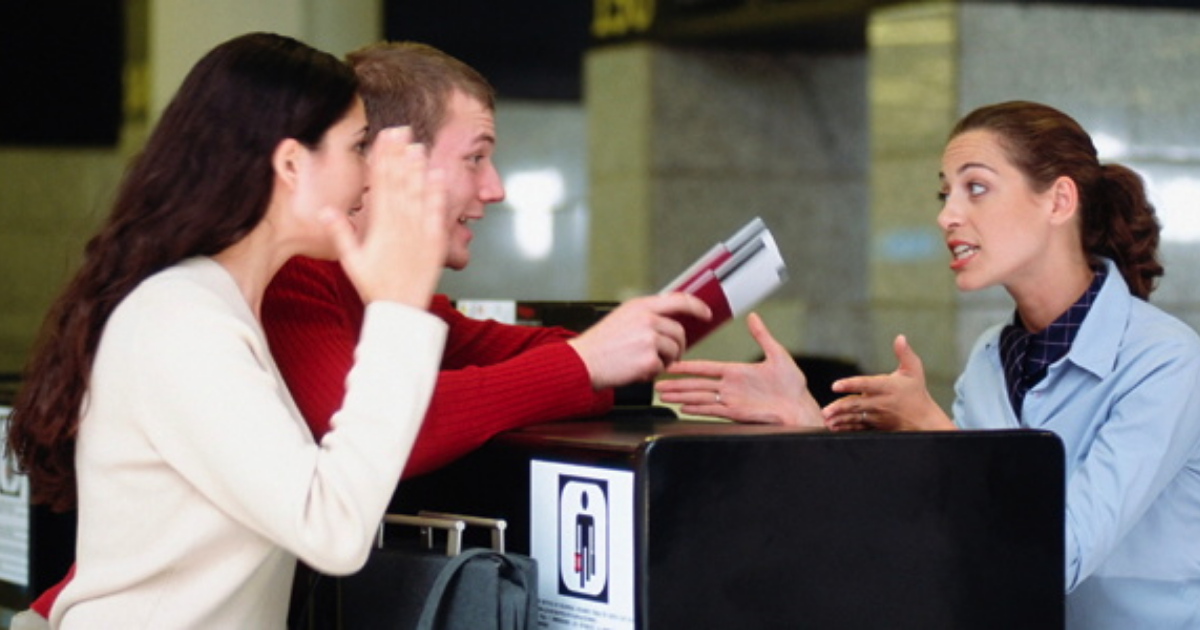