Posted by Zainab Pervez in News On 14th February 2021
ADVERTISEMENT

A cyclist has sparked outrage in Belgium after using his knee to knock over a child that was blocking his way before peddling off. But he claims he only stuck out his knee to balance himself. 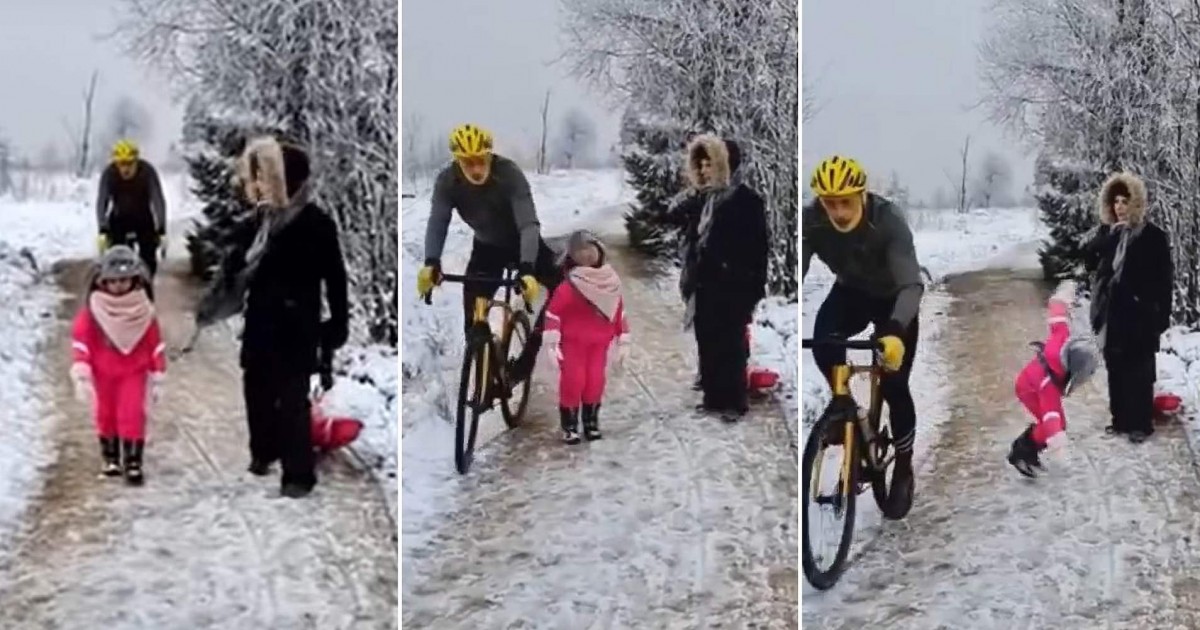 ADVERTISEMENT
A cyclist who made headlines across Belgium after knocking over a five-year-old girl said he was unaware he had strike her.
The video above was recorded by the girl’s father that shows the cyclist who was out for a ride in the snow coming up behind the family on a narrow path. 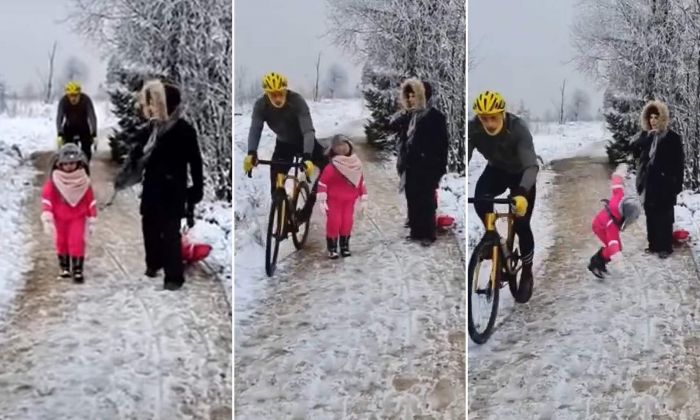 Credit: Dailymail
ADVERTISEMENT
The girl went to the hospital as she suffered from a sore back and painful wrists, according to Het Nieuwsblad, though she reportedly has no fractures or other serious injuries.
The father pressed charges because he believed this was not an accident as the man did not stop to check if the girl was okay or he did not apologize. 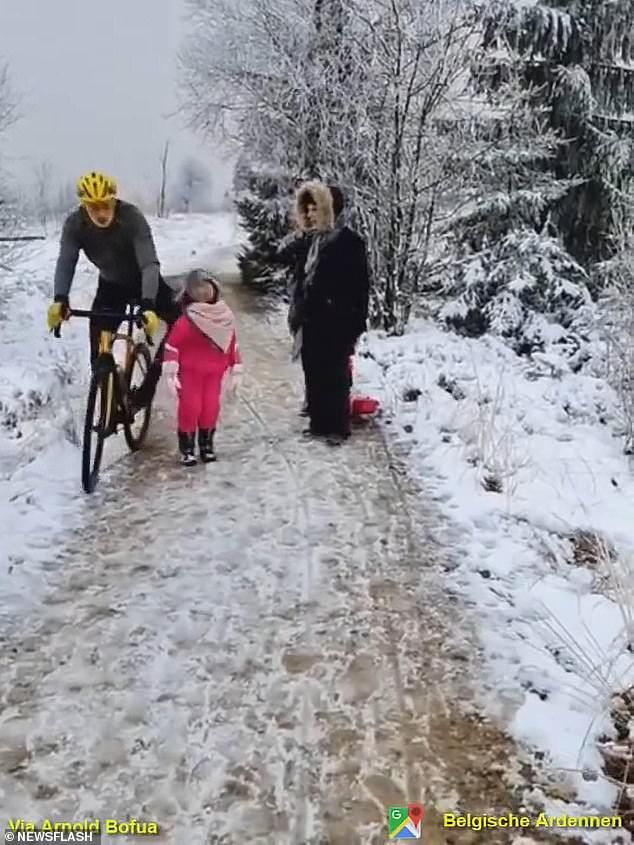 “He was interrogated and subsequently received a summons to appear before the correctional court in February,” said prosecutor Vanessa Clérin.

Credit: Dailymail
ADVERTISEMENT
The man, aged 61 years, presented himself to the police and spent the night, from Sunday into Monday, being questioned. 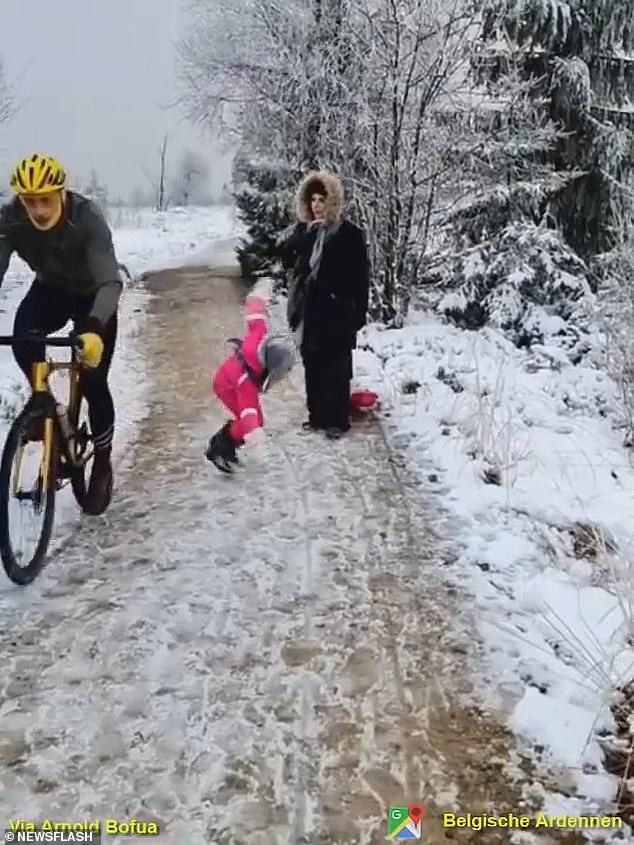 He said: "When I was riding close to the girl, I felt my rear wheel sliding. To avoid a fall, I balanced myself with a movement of my knee. I felt that I might have hit the girl, but did not immediately realize she had been knocked over."

But the prosecutor dealing with the case said that the statement seemed very unlikely, telling the court: "He was annoyed by the people on the path who had to swerve around all the time. He gave the child a 'knee punch' out of sheer annoyance because an obstacle was in his way for the umpteenth time." 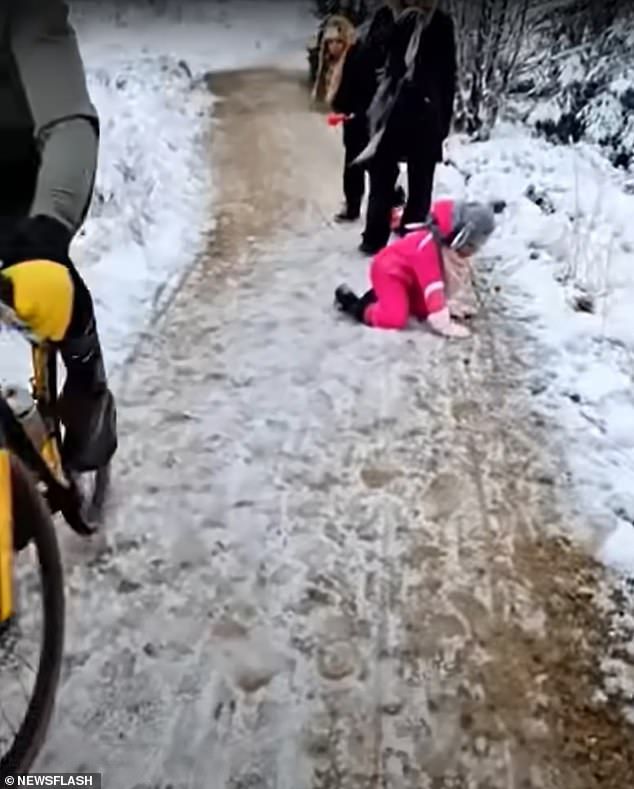 Furious dad Patrick Mpasa, who had been filming his wife and two children, shared the video on social media asking if people agreed that he was right to complain to the police. Mpasa said he had chased the man down and managed to make him stop but the cyclist had been unrepentant.

They filed a complaint with police and both the cyclist and any witnesses were asked to come forward.

The cyclist then contacted Mpasa to ask him to withdraw the complaint to the police. 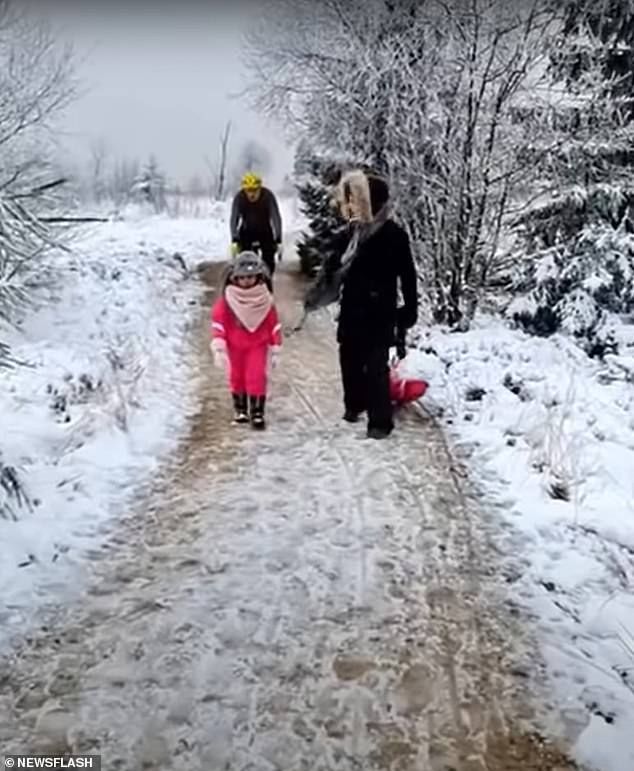 He explained what happened and asked us to withdraw the complaint to police, but he showed no remorse and did not apologise,' Mpasa said.

Credit: Dailymail
ADVERTISEMENT
He further said: A lot of people tell me that I should have hit him, but I don't agree and in any case, I was in front of my children which would have made things even worse for them. I also don't want a witch hunt, I just want him to apologise. 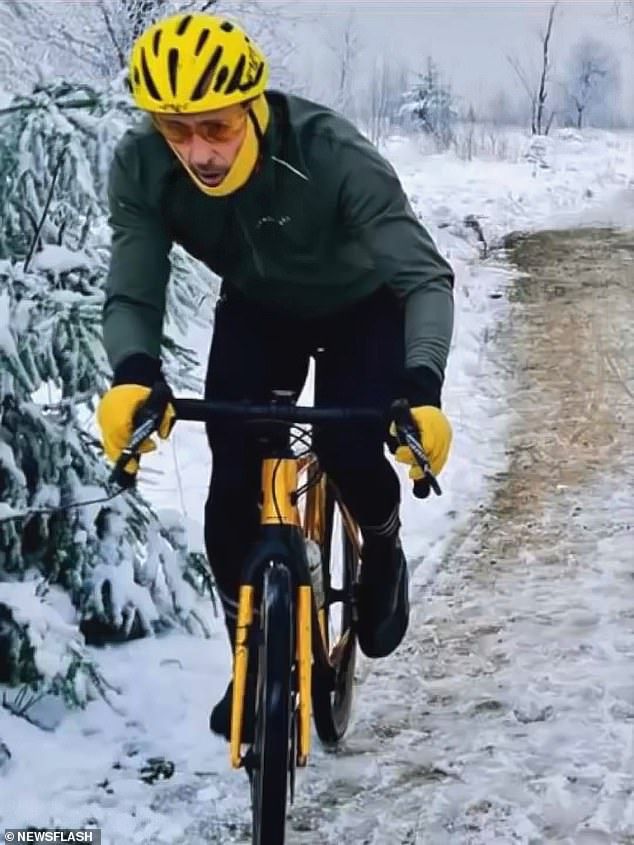 If convicted, it is believed that the cyclist could face a prison sentence.
Credit: Dailymail
ADVERTISEMENT

The girl's parents reportedly asked the court for a symbolic compensation of EUR 1 on behalf of their daughter as the injured party.

The defense team has asked that the case be acquitted and criticized the prosecution, claiming that the justice system is being disproportionately hard on their client.

A ruling is expected on 3 March.