This dad's teenage son sneaked a girl into his room without his mom knowing. Now that the family was awake, dad started wondering how the boy would sneak his girlfriend out of the house. He live-tweeted the entire story to the impatient thousands of followers who were following the thread. 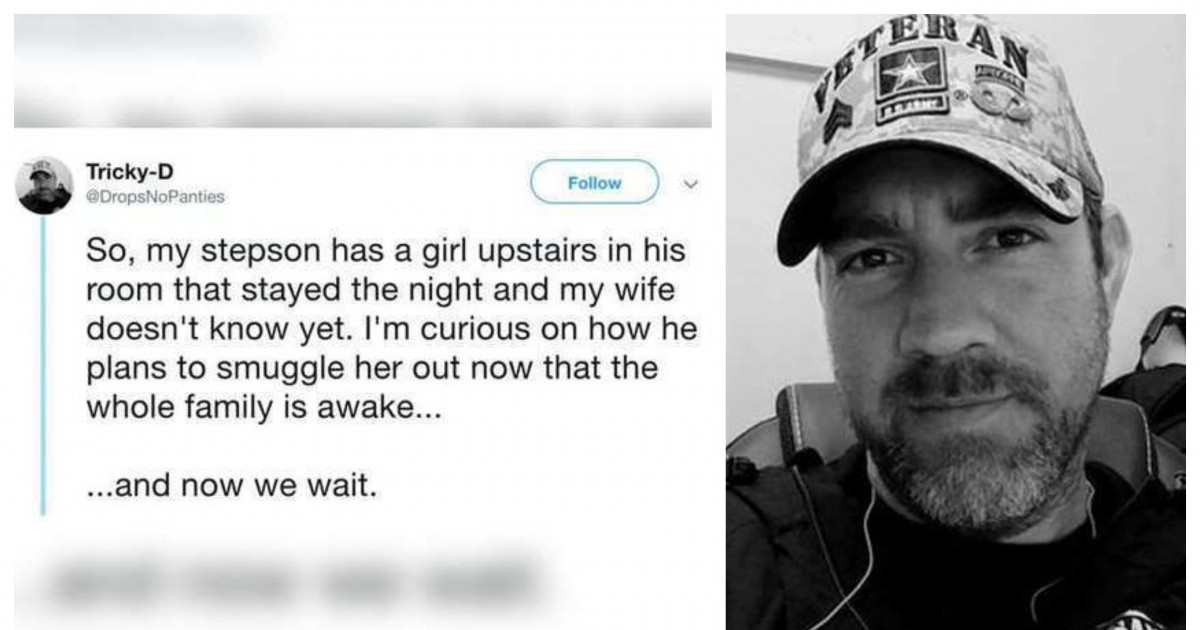 This father's 18-year-old stepson sneaked a girl into his room. Now the question is how the boy would ‘smuggle her out” with the whole family awake.

Well, this cool dad live-tweeted the hilarious story for his thousands of followers who loved every bit of it.

The dad first tweeted that his teenage son had a girl upstairs in his room. The dad was wondering how the boy would sneak her out without his mom knowing. 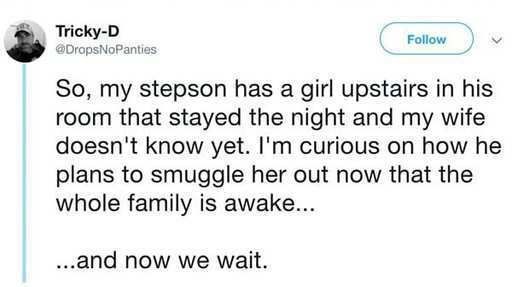 His wife was totally clueless about the girl in her son's room. Since it was a weekend, she went into ‘full Saturday house cleaning mode,’ and didn't even notice the girl’s ‘cute white shoes’ on the front door.

He even showed his curious 43K Twitter followers the picture of the very cute shoes. 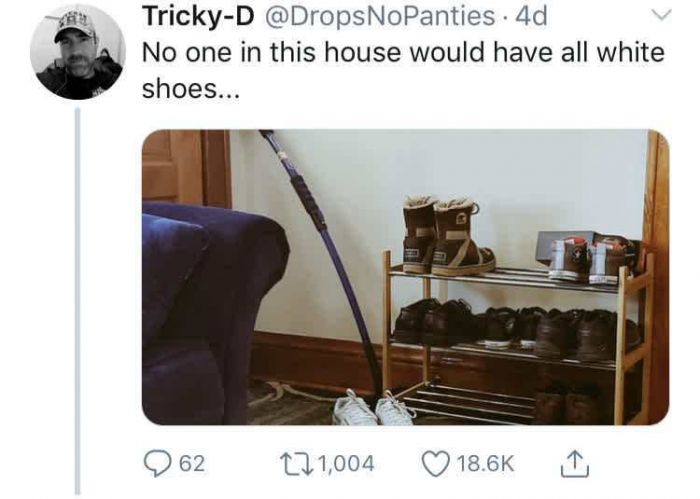 The dad then waited for his wife to notice something unusual.

His first tweet received thousands of retweets and likes, and now people were super curious to know what happens next.

The dad, from the US state of Michigan, also knew how to keep the suspense.

“Now’s the chance.. will he see the opportunity??”

He wondered what the boy was thinking;

“I think they might be waiting it out. The wife usually lays down and reads after lunch, especially after cleaning her ass off all morning. Could he be waiting for that?? Can she hold her pee another hour or so?? I have no idea what they are thinking up there.” 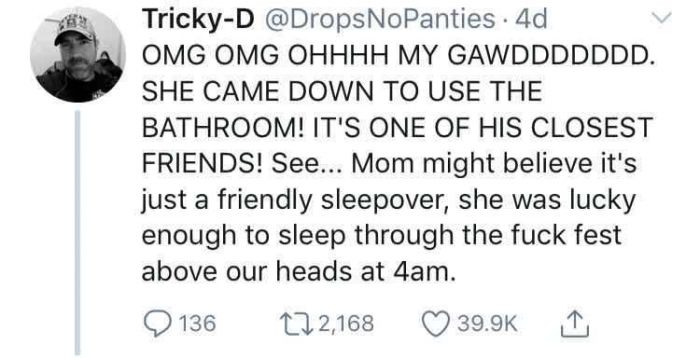 Then the excited dad tweeted;

“OMG OMG OHHHH MY GAWDDDDDDD. SHE CAME DOWN TO USE THE BATHROOM!

“IT’S ONE OF HIS CLOSEST FRIENDS! See… Mom might believe it’s just a friendly sleepover; she was lucky enough to sleep through the f*** fest above our heads at 4am.”

The wife still didn't notice the girl, then the son came right in front of them and took the white shoes without giving the slightest hint of what he was upto.

“Omg, this kid!! NONCHALANT AF, he casually strolls downstairs… AND grabbed those shoes and went back upstairs. Side eyeing me the whole way past. I shot him a little wink. They gonna hit that side door. bet.”

Then his wife took her usual Saturday post-cleaning rest.

The dad updated the impatient followers;

“Well, that’s a wrap, folks! Mama just went to the bedroom to lay down and read for a bit. He’s got a good 2-3 hour window… Looks like young love finds a way, for now!

“And closure… Sure enough, hit the side door, and they gone. I don’t know about you but need a drink after that suspense. Thanks for following along! That was amazing.”